The beauty of Mai, Marta González De La Vega’s debut short, is its juxtaposition of the old and new, the ‘what has been’ versus ‘what is now’. It’s a colourful, intimate story comparing generations of love and relationships between women. The way Mai is edited showcases exactly what cinema was made to do, and Marta’s intelligence as a director is apparent through the subtle hints she drops and through what she lets the audience work out for themselves. I spoke to Marta about how she developed the idea for Mai and took on multiple roles in its creation.

How did you come up with the idea for Mai?

I came up with the idea for Mai through a personal conversation with Joel Roure, co-producer of the short film. We come from the same village and we have several friends who are gay, but men. We found out that we hardly knew any lesbians there and agreed that sexism is also present in the LGBT community. Why is it ‘easier’ to come out of the closet for men than for women in most of rural parts of Spain? This is a social problem and we thought we could reflect on it and contribute to raising both national and international awareness.

It was very important to us to show a huge difference between the two worlds where the action takes place. For instance, we wanted the three old women’s location to be that universal rural bench where people sit and gossip about their neighbours. The production designer, Joel Roure, the director of photography, Cristóbal Franco, the colourist, Albert Sellés, and I worked hard to decide which colours would be the most appropriate to create a cold and ‘aged’ atmosphere. Blue and green were to be avoided, so we chose brown, grey and vanilla tones to generate a big contrast with the young girls’ world.

Our aim there was to empower naïf and pleasant colours to show the feelings of the two youngsters and their correlation with nature. When you fall in love for the first time, everything seems to be brighter, clearer and bursting with life. We wanted to reflect that mood on the colour of the images and then make the spectator go back to the pale reality of the three old ladies, showing the misery of frustrated love.

In the case of Mai I’ve been the writer, co-producer, director and co-distributor, I couldn’t have learned more.

Mai is your first short film, what lessons have you learned from making it that you will apply to your next film?

In the case of Mai I’ve been the writer, co-producer, director and co-distributor, I couldn’t have learned more. From the very beginning of the project I felt both completely stressed and amazed, having so many things to do. All my team worked for free because they relied both on the story and me, so it was them who made Mai possible and who taught me how to feel and to behave as a proper director. Facing problems, finding original solutions and being determined are the most important lessons I’ve learned with all of them during this journey. 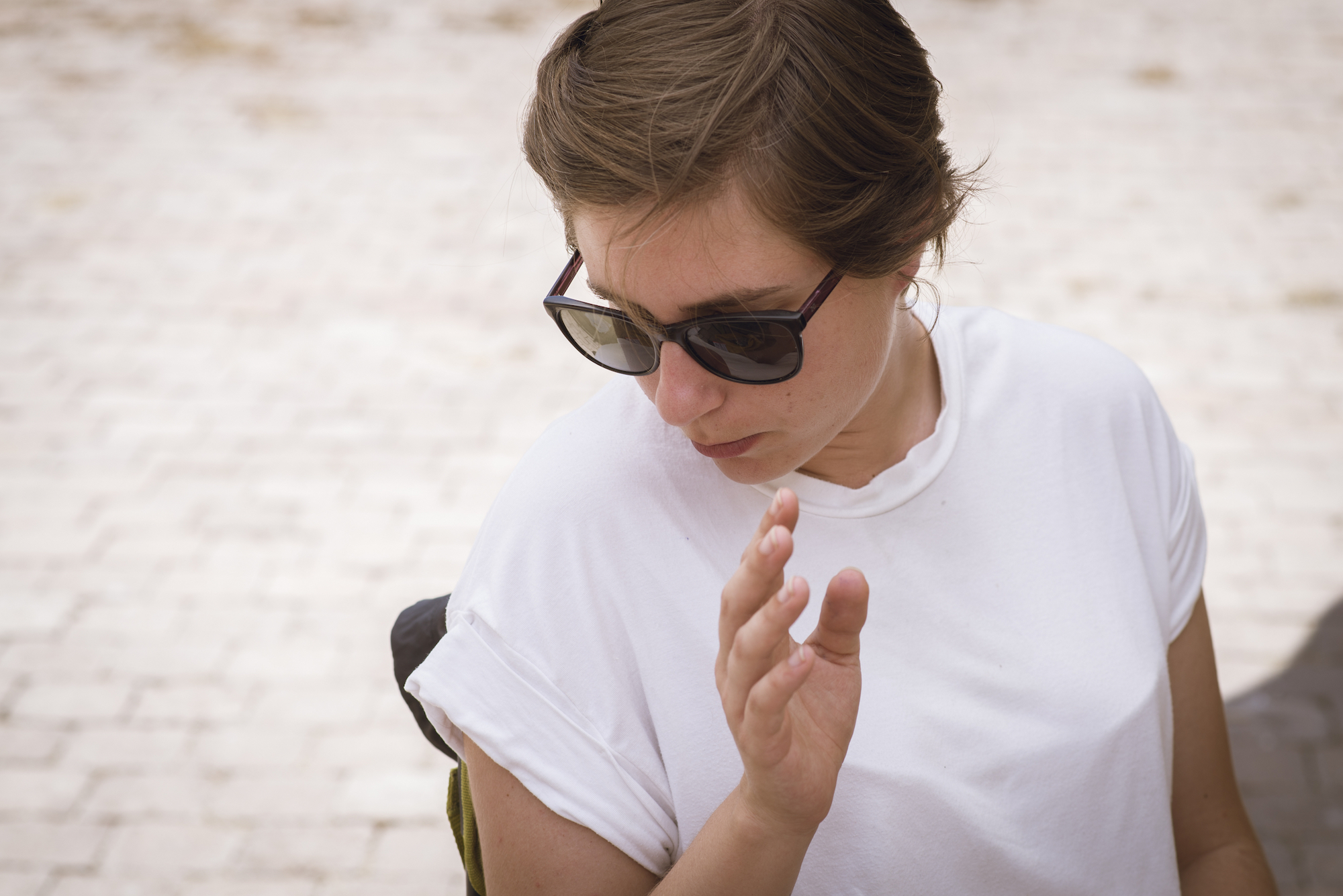 Yes, I love writing and whenever I can I spend my time doing so. Now, I have two scripts for two different short films which I am looking forward to shooting. However, the first one has such a high budget that, in case we are not given a public fund, it will be difficult to carry it out for the time being. That’s the reason why I wrote a second story, which is fresh, simple and not as expensive as the first one. Thanks to Mai it is very likely that we’ll be able to find time and sources to continue filmmaking.