Let’s face it, even the most liberal minded of us tend to harbour preconceived notions about certain places despite never having stepped foot there, and the Brutalist landscape of London’s Thamesmead estate has long found it hard to shake off the ultraviolent milieu Kubrick bestowed on it. Playing with these assumptions alongside genre expectations, Special Delivery from Director Robert Hackett (last seen on DN here) follows a weary Thamesmead postman whose snowy Valentine’s day delivery route holds an unexpected surprise. Making a long overdue return to our pages for Special Delivery’s premiere today, Hackett walks us through the brisk pace of his presumption busting short.

Directors UK run a yearly scheme for ARRI called ‘Challenge ALEXA’, they set a theme (in our case ‘Delight’) and directors submit a treatment. Fortunately, Writer Kulvinder Gill had a great script that worked well. While working on the treatment I had the idea to set the film in Thamesmead, South East London, an area often only seen in social issue dramas or violent films – most famously A Clockwork Orange, so seeing it portrayed in a positive way would be a different angle and challenge perceptions of location. I was also keen to tell a purely visual story without dialogue and Kulvinder was happy to remove the minimal conversations.

I’ve known Helen L. Alexander, our producer, for years and she got on board soon after we were selected. It was the fastest turnaround of any short I’ve directed, we had three months from pitch to delivery, which was a great exercise – huge thanks to the whole cast and crew for their understanding and hard work. Not least the weather, as we had snow from the ‘mini beast from the east’ to contend with – something we embraced and has added to the atmosphere of the film.

It was the fastest turnaround of any short I’ve directed, we had three months from pitch to delivery.

Whilst crewing up I did a lot of recces to Thamesmead, alone or with Matthew Emvin Taylor, our Cinematographer, and our 1st AD, Lina Remeikaite. I also researched how others had shot the area. I wanted us to capture the original architectural ambitions of Thamesmead, its sense of scale and contrasting landscapes rarely get seen on screen. The anamorphic prime lenses allowed us to capture this – you really need those big wides on a high-end camera to understand the character. 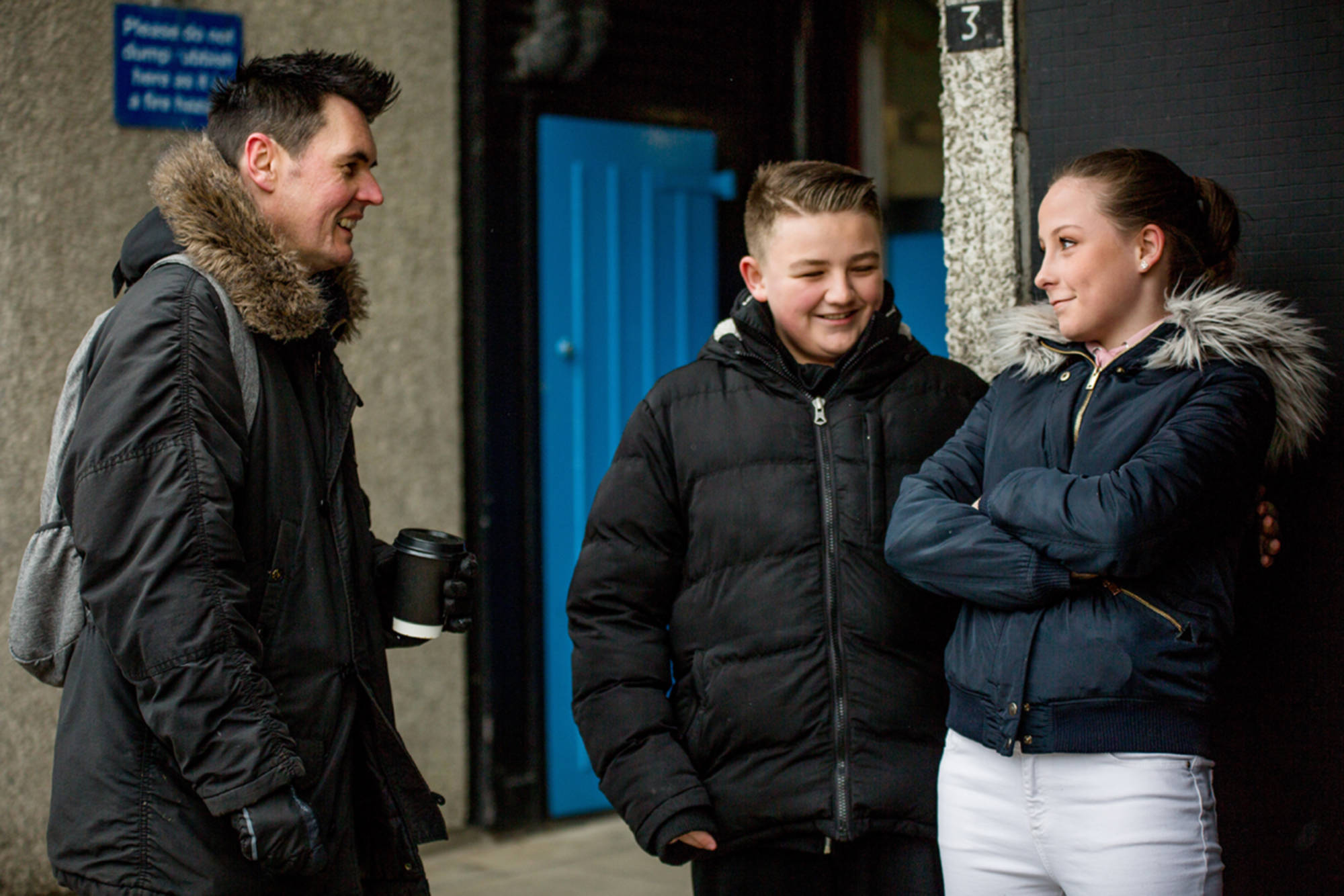 Peabody, the housing association that owns the area we were filming in, were incredibly supportive and allowed us to shoot wherever we needed. This was because they were encouraged to see a positive film come out of Thamesmead and also as we had a community engagement aspect to the production – we held an acting workshop at the community centre and cast the extras from that. The community centre was also our production office for the shoot.

It’s also good to remember exactly how helpful Directors UK were, as we all know short films are a labour of love and any help makes a big difference. The competition was to win a shooting package with equipment supplied by Arri. We sent Arri Rental a list of what we needed – lenses, slider, etc. If there was anything missing from the list, like filters – they arranged these from another rental house on our behalf. For the camera itself, we opted for the Alexa Mini as we had to get it on a Movi. We were kindly offered an ‘Arri Trinity’ and operator but we already had James Davies, our Movi operator, lined up. We had a lot of location moves so kept our equipment streamlined.

DUK also supplied insurance for the shoot, some budget for vehicle hire and a contribution toward any equipment not available through the rental companies that were part of the scheme. DUK let us get on with things but if we had had any issues or crew problems they would have helped out or provided contacts as needed.

As the story is very simple, there needed to be an emotional underpinning to carry the audience to its conclusion. So from early on the intention was to play with genre conventions to create a sense of mystery right until that final moment. We were lucky to have Mark Towns as our Editor – he’s edited a lot of suspenseful features with minimal dialogue, The Survivalist and the soon to be released Saint Maud are good examples. We’ve had great festival audience feedback and people have commented on the ominous feeling they get during that first section.

The intention was to play with genre conventions to create a sense of mystery right until that final moment.

One of the best aspects about the scheme was the momentum that was created by a real deadline. There was no waiting around, crew and post-production were either onboard for the dates or not. I’m happy with how the film turned out – the lead actors were my first choice and even outside of the scheme I would have still wanted them, the crew and location. I think the creative decisions too – the music selection, the way we shot it – would be the same.

As much as I love short films, I’d like to move into directing long form – features and high-end TV. I’ve written a psychological thriller feature called Couchsurfer and I’m also interested in directing work by other writers.