A beacon of talent and creativity in an area famed for its vibrant jazz scene, the Harlem building commonly known as the Triple Nickel has long been renowned for its enviable roster of musical tenants and impromptu concerts and at its heart, for over 20 years in apartment 3F, Marjorie Eliot has hosted a weekly jazz concert in her living room in celebratory tribute to her deceased son. A film which evocatively captures the power of music as a healing force which nourishes an entire community, filmmaker and photographer Jess Colquhoun tells us how she translated Marjorie’s ebullient celebration into lyrical documentary poem Sundays at the Triple Nickel.

Alongside filmmaking you’re also a photographer, as well as the more obvious overlaps as visual mediums how do you feel these two roles inform and strengthen each other?

Filmmaking and photography go hand in hand for me, I love both mediums. I’m drawn to both as they allow me to connect with new people, get a glimpse into other’s worlds and communicate what I see. I enjoy the challenge of figuring out how to tell a story over the course of time and equally how do you tell a story within one photograph.

Photography is important to my creative process as I can create at a much quicker pace, self-sufficiently and with no agenda, I love street photography and walking out the house unknown to what I’ll discover. It highlights what I’m interested in capturing, the stories I wanted to document and helps develop a visual style and voice. Photography led me to filmmaking as I wanted to express more and dig deeper into characters and narratives, allowing me to combine my interests in design, music, and visuals and work within a team.

There was this really collaborative energy on set as she welcomed our crew into her home.

How did you first become aware of the vibrant community at the Triple Nickel and Marjorie Eliot’s multi-decade Sunday shows?

I first heard about Marjorie’s Jazz Parlor through reading an online article two years ago and knew there was a film in the story immediately. I went to the concert a handful of times as an audience member, just experiencing the show and observing the world and community before approaching Rudie, Marjorie’s son. I proposed the idea and we spent a few months building a relationship and expanding upon what the film could be. He began introducing me to their community, inviting me to their neighbors’ concerts and welcoming me to spend time with Marjorie. I also came back to New York in Summer to attend the band’s annual show at the Morris-Jumel Mansion gardens, furthering my research process. I was aware I was an outsider so I spent a long time ensuring they knew I came from an honest place that was built upon genuine trust.

As we learn, this weekly celebration of jazz was born from tragedy, what was your process of working with Marjorie and Rudy to capture their deeply personal reflections for the film? As creative people themselves how much of an active collaboration was this?

Marjorie is a pianist, poet, actress, and writer. There is no limit to her creativity and she has an immense appreciation for the arts. This made the process really exciting, as she understood completely what we were trying to achieve or the intention behind the more heightened scenes. During shoot breaks, she would be playing on the piano with crew members. Our stills photographer is a really talented musician so the two of them would be jamming out together; there was this really collaborative energy on set as she welcomed our crew into her home. Her son Rudel is also an amazing musician, and wrote a song for the film, he was an integral part of the process, introducing me to the community and ensuring I was representing their story fully.

How did the tone, both of the music and the subject matter, inform your approach to the shooting style, structure and pace of the film?

There were so many layers to Marjorie’s story that I was interested in capturing, from her personal journey to the ritual of the concerts, the building’s musical legacy and the creative energy of the current tenants, therefore structuring the film around a single Sunday allowed me to explore all of these storylines.

There is a very spiritual and otherworldly feeling to Marjorie’s concert and the building she lives in, The Triple Nickel. Marjorie’s son’s passing and the spirit of the incredible jazz legends who lived in the building during the 1940s dictated the tone of the film. Cinematographer Zak Mulligan and I wanted to reflect this by telling the story from almost a third perspective as an observer who is kind of haunting the building. We shot on 16mm to infuse a richness and texture to the imagery and used natural lighting when depicting the modern-day scenes which became more elevated when we were stepping away from reality. I wanted to highlight how Marjorie has created light and hope out of the darkness she has experienced and show her as the heartbeat to her community.

We shot on 16mm to infuse a richness and texture to the imagery.

The score was created with the same intentions and supporting the idea that the building felt like its own character within the film. I worked with Composer James William Blades who created a soundscape using different audio samples and recordings we captured around the building, as well as sampling and distorting Marjorie’s voice to feel like memories or inner thoughts. 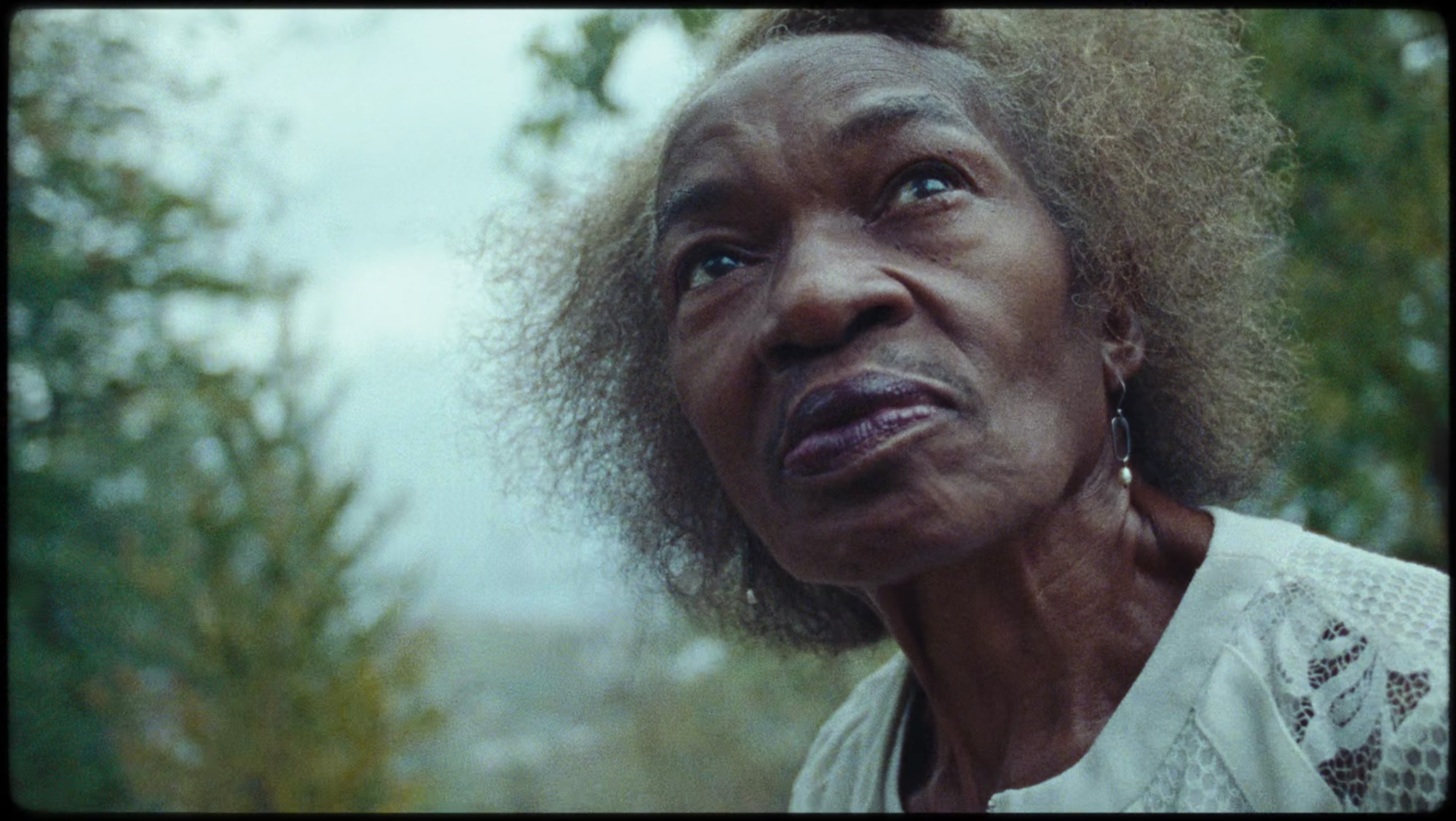 Sundays at the Triple Nickel was supported by Canadian whisky brand Crown Royal as part of their generosity inspiring campaign, how did that come about and what do you feel the partnership brought to the production and the film as a whole?

It’s been a really refreshing and inspiring collaboration that I’m incredibly grateful to Diageo and Crown Royal for, who believed in the project since Stept Studios and I proposed the project to Diageo. The concept felt a very natural fit with Crown Royal both tonally and thematically, as they spotlight stories that focus on community and living generously, which was the essence of Marjorie’s story. They also empower and encourage filmmakers to lead the creative of a project and have protected the authenticity and heart of the film throughout.

What will we see from you next in stills or in motion?

I directed a PSA for Times Up that spotlights women behind the lens which will be releasing soon and playing at AMC cinema’s nationally alongside up and coming film trailers. I’m currently scheming up new projects for the year, developing short film concepts and a photo book.

Sundays at the Triple Nickel is one of the many great projects shared with the Directors Notes Programmers through our submissions process. If you’d like to join them submit your film.