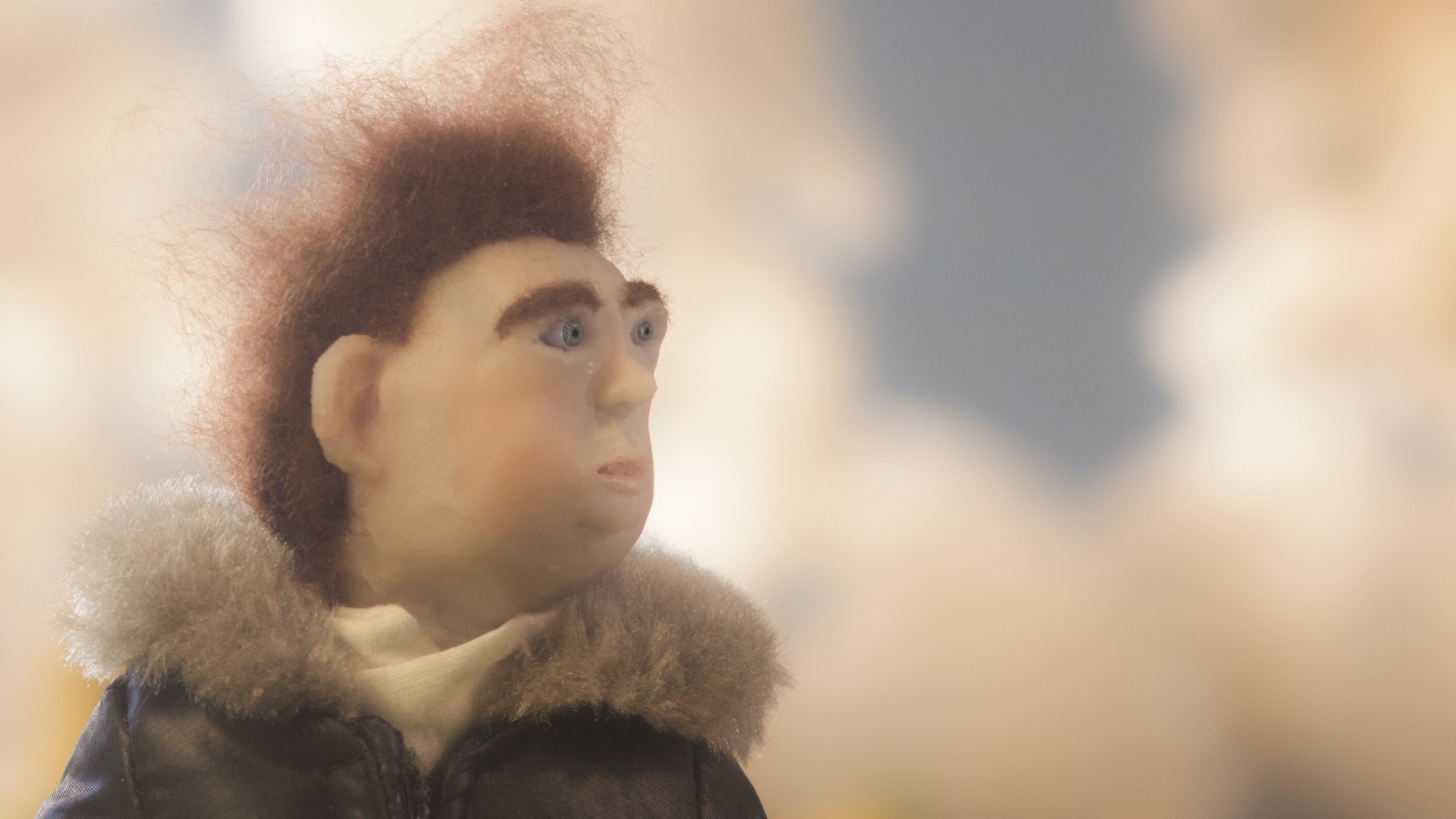 A darkly comic and twisted story set in the backdrop of the 60s Space Race, Joshua Tuthill’s Black Dog sees the relationship between a pair of brothers disintegrate after the loss of a parent. Utilising the dry comedic sensibility of stop motion animation, Tuthill evokes David Lynch in his Cain and Abel-esque tale of broiling family tension. We’re thrilled to be premiering Black Dog on our pages today alongside and present a conversation with Tuthill who discusses diving deep in the archives, his organic production process, and what he’s cooking up next.

Where does one start with a film that’s as dark yet oddly personal as Black Dog?

This project came from a desire to create a film that would look at the way we are shaped as individuals through the projections of our parents. I wanted to use the 1960s as a setting and specifically the space race as a moment in time that would provide a heightened sense of tension. This also allows a contrast between the younger generations and their parents, while still providing a sense of escape for all involved. It took about two years to complete and was my thesis project for my MFA at Syracuse University.

I respond organically to the things that I am physically building.

Black Dog presents a twisted form of reality, what brought you to that kind of tone?

As a huge David Lynch fan, I have always enjoyed the way his films mix the surreal and experimental with the almost boring and mundane 1950s societal idealisation of youth. While I initially wanted to make vague references to the 1960s space race through moments of radio broadcasts, as the film grew and took shape more and more in the editing, I began to rely much more heavily on archival material. As I worked more in post-production the combination of the two film forms started to create a very exciting atmosphere that I couldn’t help but pursue, then ultimately twisting the two together to create a dream-like moment and a desire to escape to the emptiness of space. 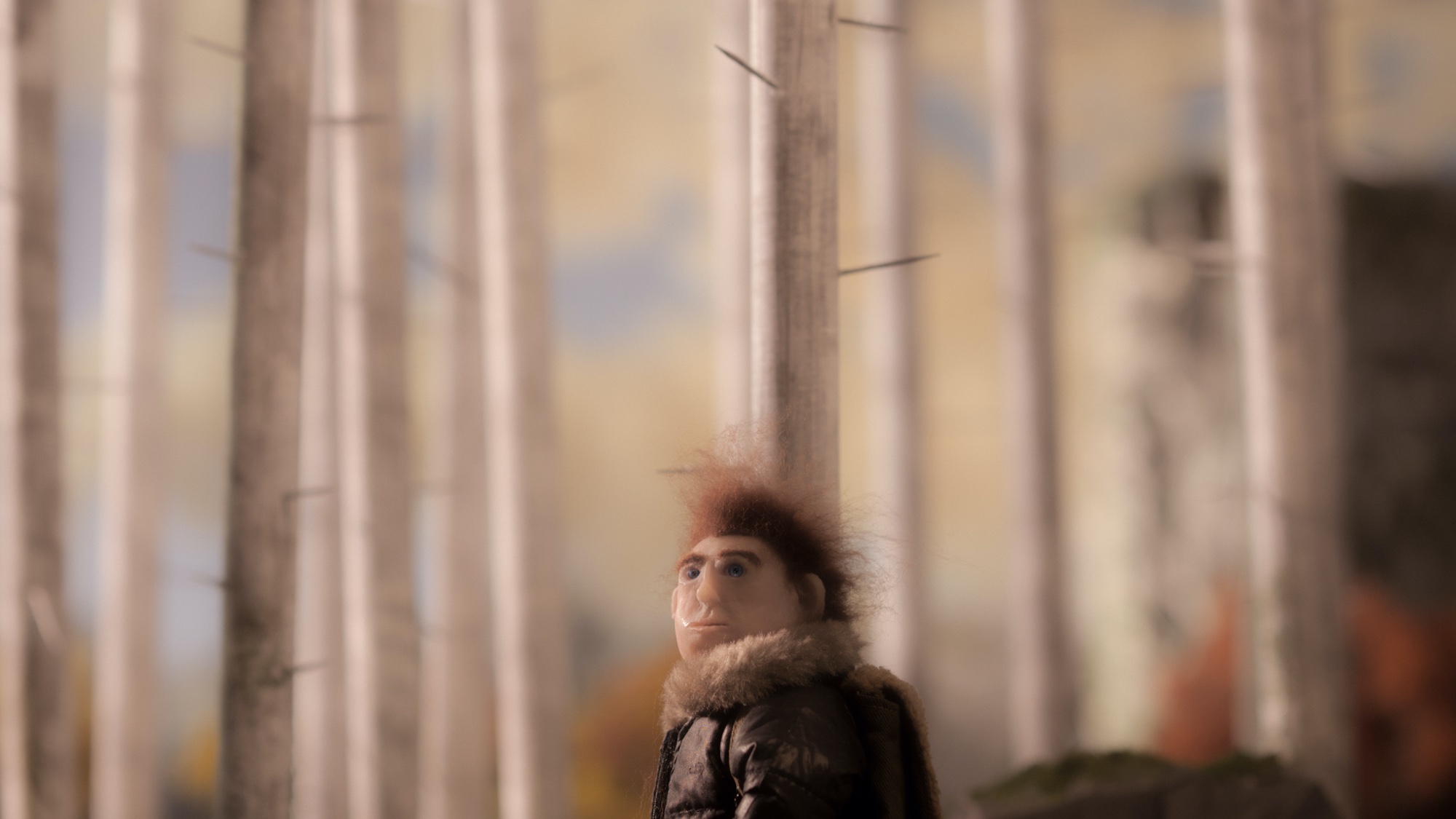 What does your preparation process look like? Do you write a script that you adhere to or do you allow the story to change organically over time?

I spend a lot of time thinking about the concepts of my films, really sitting on an idea until it just cemented into my head. I believe it is my filter process for which ideas I like and want to pursue and which I can forget. This process continues for most of the production. I don’t enjoy writing scripts and don’t always find them to be that useful. Typically, I jump right into the sculpting process for the puppets and sets, and through the kind of meditative process of working with my hands and constructing these things, I sort of feel out the story that these characters will inhabit. This way, I respond organically to the things that I am physically building and the concepts that I have jumping around in my head. It is not a fast process by any means, but I like the way the sculptor part of me and the filmmaker side have this kind of ongoing conversation.

Do you have a way of noting down all the ideas you get, given that executing stop motion takes a pretty reasonable amount of time?

Once I feel comfortable with the relationship I have with the ideas, I start jumping into storyboards and just tracing out the edit of the film. My storyboards tend to be very ugly and dull, but keep me situated during shooting and allow me to keep track of ideas I want to capture. I am never totally locked down as far as the narrative goes, the final version of Black Dog is very different from what I originally had in my storyboards. 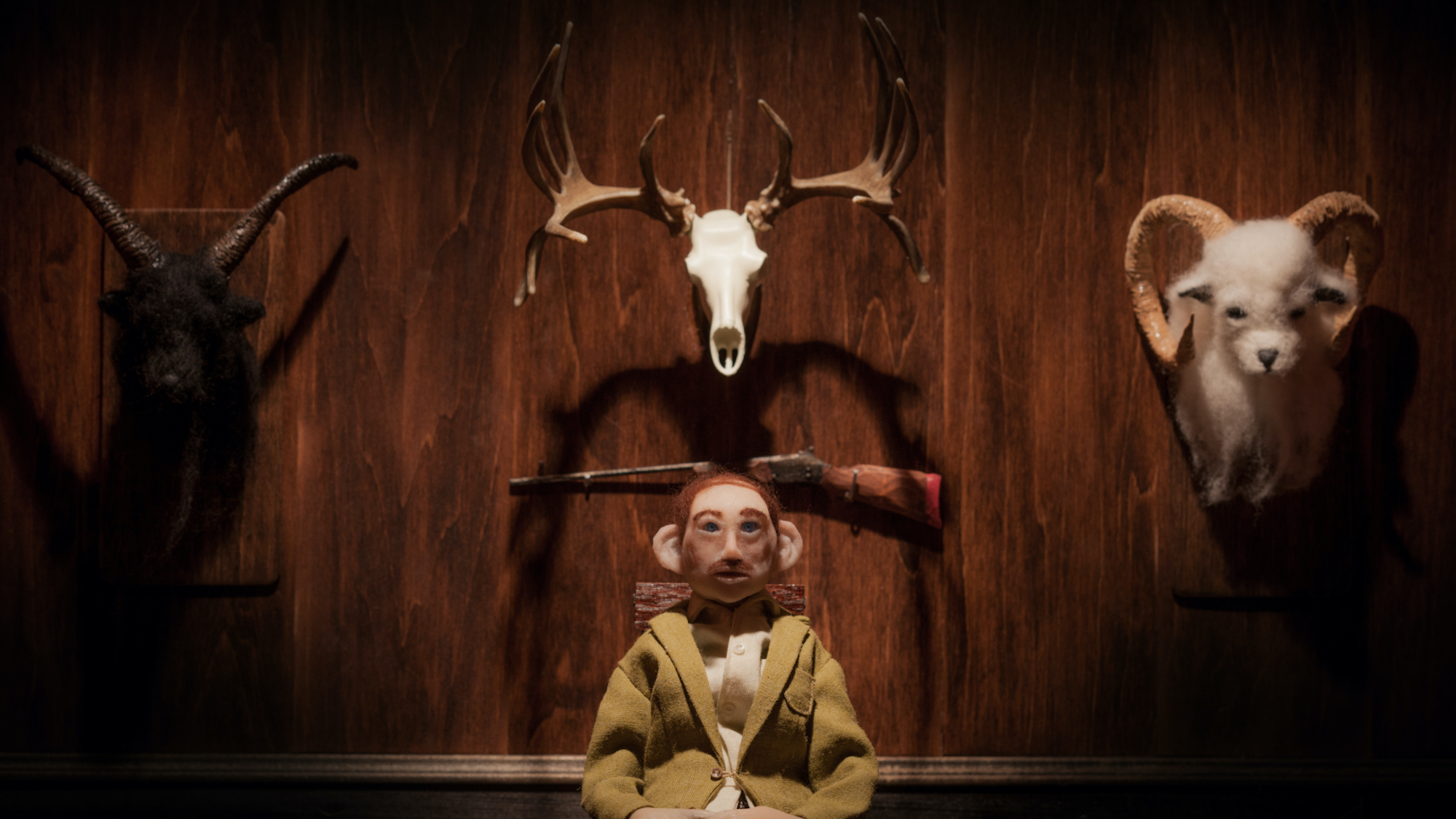 How much archival material did you end up looking through? What was it about that material that caused you to blend more of it into Black Dog?

Initially, I only intended to have radio broadcast as my archival material. Still, as I spent more time scouring for archival materials, I found a lot of old NASA footage that seemed almost unreal. The way the film stock looks, the jitteriness of the footage, and the surreal nature of the footage in space gave me this feeling of viewing something that is dislocated from my perspective. The more I started to play with the footage, the more it felt like I could incorporate it into the world I built with stop motion. Watching the footage also gave me a glimpse into the kind of escapism that the 60s and 70s space mission provided to the world. This idea was something I wanted to push in my film. I tried to use the kind of 1960s social and cultural chaos as a way to settled viewers into the disfunction of the social expectations of family and gender roles. Each character then uses the space missions as a way to escape from the unhappiness of that reality.

Watching the footage also gave me a glimpse into the kind of escapism that the 60s and 70s space mission provided to the world.

Are you working on anything new? What’s next for you?

I have a micro-short film titled Big {Foot} Love that is making its way around to different festivals this year. It is a collaborative project with a fantastic artist and filmmaker, Alessia Cecchet. It follows a hunter who stumbles upon Sasquatch, and a blossoming of love ensues.

Currently, I am slowly working on my next film. It is another dark stop motion short about an ignorant man who gets brainwashed by a group of pig men into believing he is the saviour. I imagine it as a kind of psychedelic Manchurian Candidate. It feels like a story of moments of absurdity that are layered with magical realism. I am hoping to finish up principal photography by the end of the year and then a release sometime in 2021.