Karni&Saul Curate a Muybridge-Esque Evolving Music Video in Isolation for Micah P. Hinson’s ‘You and Me’ 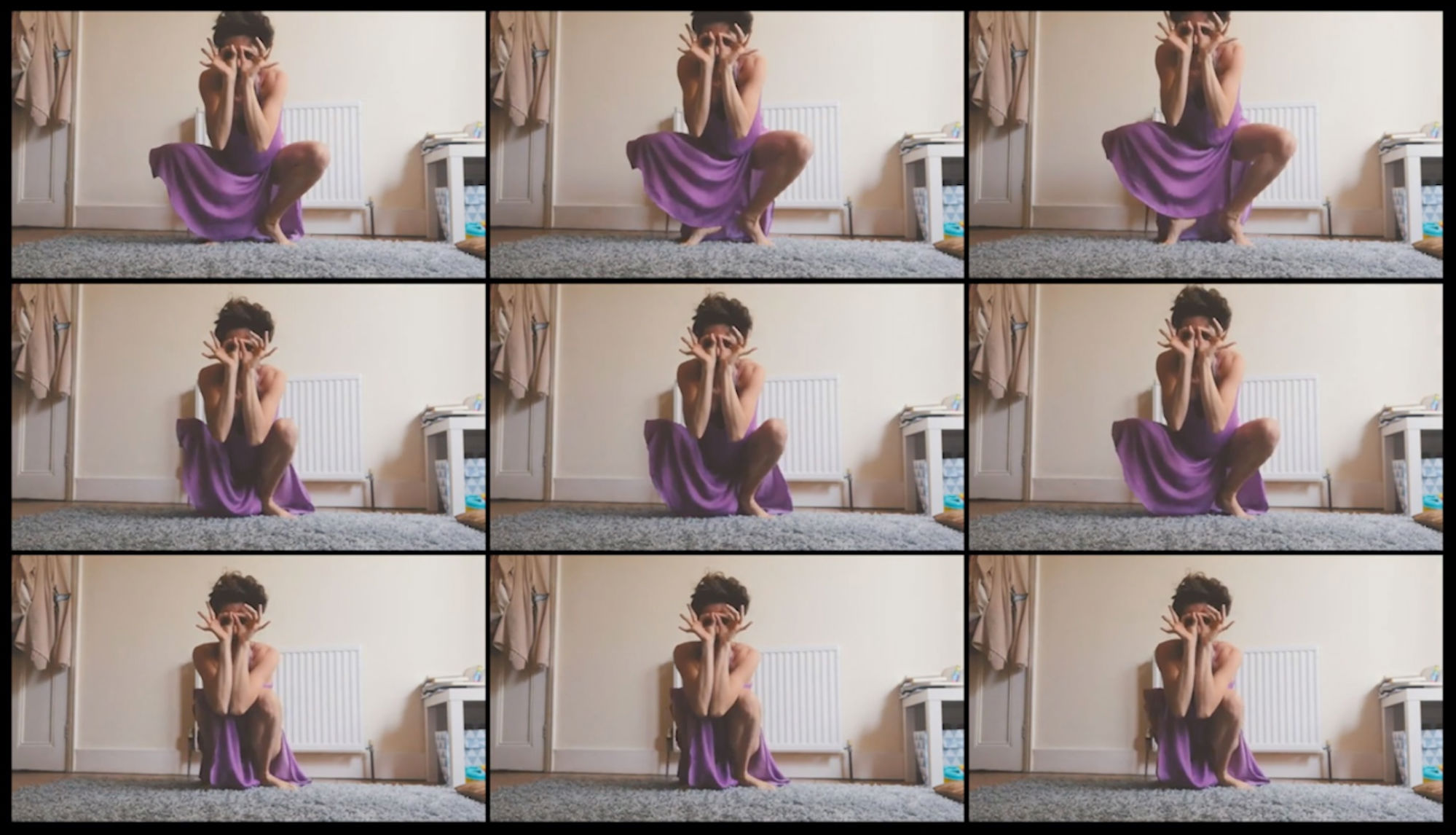 DN regulars Karni&Saul (last seen on DN here) return to our pages with their music video created for Micah P Hinson’s emotional new track You and Me. Created with a group of dancers in isolation, akin to the recently featured Earth Odyssey and Phenom, the directing pair add their own flavour to the lockdown cooking pot as they touch upon our craving for contact, touch and collective humanness. We invited them back to the site to hear about their connection to Hinson’s music, along with the remote creation process behind You and Me.

Great to have you back, guys. How did you get involved with Micah for this project?

We are big fans of Micah’s music and have a strong creative gut connection to his songs. They get us quite emotional. Micah and us had been talking for a while about collaborating again with dance…we already made him a music video for Beneath the Rose many years ago, and used his song Dying Alone at the end of our BAFTA-nominated short Turning.

We wanted it to feel authentic and honest and create a film people could connect with in these times.

When we went into lockdown and heard Micah’s new emotional song You and Me….we asked nine dancers from around the world, that Karni had been working with, to create and improvise some dance based on Micah’s song as well as reacting to the concept of touch connection and lack of it in isolation. They filmed themselves in their living environments on iPhones directed loosely by us….and had a big part of creating this piece. Karni and the dancers sent material and feedback back and forth until there was enough footage that worked together.

What were you asking them in those conversations? Was there something specifically related to isolation that you were looking to convey?

We really wanted this film to express something about the individuals that were in the film as well as a reaction to Micah’s song. About us being human and needing human contact. Then we chose the parts we thought worked and built a kind of broken movement visual…a hypnotising kind of choreography with oneself. Like Muybridge in a way but the opposite. It creates a new kind of flow and rhythm within the work. So it’s a layered piece. We wanted it to feel authentic and honest, and create a film people could connect with in these times.

It wasn’t simple working in isolation with two homeschooled kids but definitely was rewarding. Somehow reaching out to other dancers and creatives to make something in these challenging times. We are glad we did…..some small visual diary of this period and music and dance definitely heal!

Given the breadth of formats your work encompasses, is there specific motivation for what form your projects take?

In isolation you would think we would gravitate towards animation… that will be our tool long term in these times for sure, as it can be made at home and include fantasy and worlds we can’t get to right now. But animation is slow and time consuming…and under house arrest, with kids, that’s a juggling issue for now while there isn’t school.

Also, for immediacy and connection in isolation we chose dance…a love of Karni’s that’s growing on Saul too. You can say so much with movement you can’t say with words. In that way it’s the same as animation. We just want to connect and make people feel…how we do it doesn’t matter that much. They’re all tools to make and create in a deep way.

How are the current circumstances affecting you both creatively?

When the quarantine first started we were a little panicked and lost like everyone. Then slowly we tried to apply things we have learnt from challenging times before. Mainly, to make a manifesto. To try to be the poet and the artist, and not the cry baby (or at least a bit of both). And also that we must stay positive and know this will all be a story one day that we also need to learn from and grow from this somehow. Not to say we always managed to follow these rules. But we aspired to.

The world is crazy and can be scary right now…but our comfort zone and strength come from picking up the camera and documenting.

And so slowly we came grips with the scariness and the boogie man…and tried to grab on to the reins of the wild horse and ride it. So use emotions for art and expression rather than just being afraid. We have two kids to home school and keep calm. And also needed to make money from jobs we still had, as well as make time for the more creative projects like this video and two other quarantine related projects we’re making.

It’s all about balance and the sometimes lack of it. The world is crazy and can be scary right now…but our comfort zone and strength come from picking up the camera and documenting, and shooting in Karni’s case, or making music or sketching in Saul’s case. Once I, Karni, started taking pictures again I knew I would be okay. It’s a filter tool to help me digest and take back the control a little get some perspective.

Actually one of my stills Home Hair was selected as a favourite by Kate Middleton as part of her Hold Still exhibition the national portrait gallery are curating. That was fun to see. The photo in newspapers, Saul cutting our youngest boy’s hair, such a small intimate moment we are all experiencing right now…on the royal Instagram account. That was gratifying as was the connection to all the creatives and dancers on the You and Me shoot, sending art out there and making things leads to human connection and eases the stress and pain. 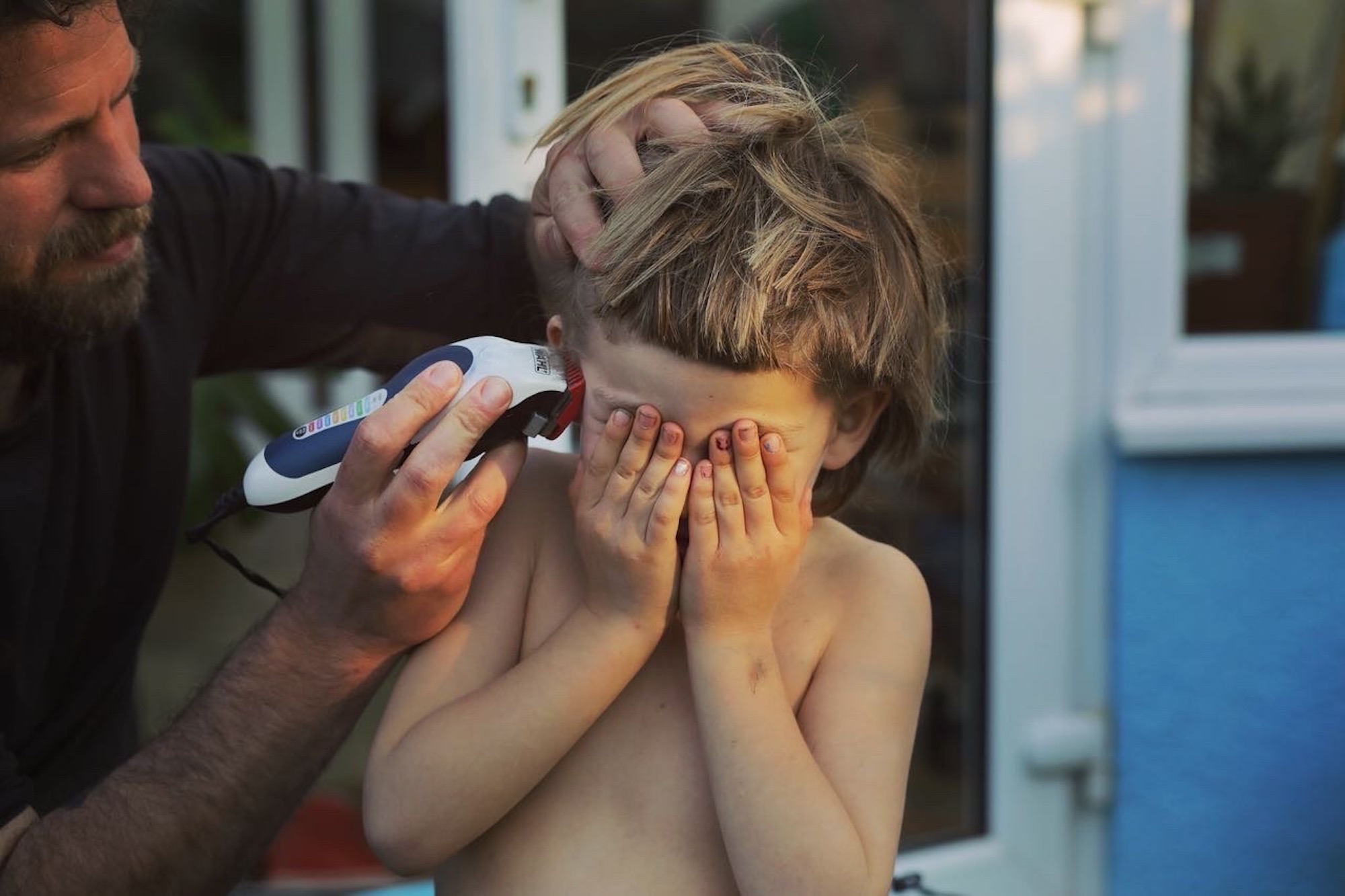 Can you tell us anything about the short you’re working on with the BFI?

We pitched the BFI pre-lockdown. It’s a really exciting hybrid animation film with live action that touches on the natural world and is factual as well. We wanted to make a mark and say something more meaningful and in connection with the world since we had kids and just felt a draw to these topics like nature and human interaction, in the pre-covid days, but now even more so.

It’s basically a short animation film funded by the BFI. We’re really excited about it…but it’s a long term project and will probably take at least a year or so with all the covid-related delays. Anyway, it’s been amazing to have that as a mission and a secure project all along. We won’t give away too much yet, we’ll keep some surprises…

Have you found that you’re specifically designing projects at the moment for a socially-distanced world?

As for the future. Who knows. We’ve always worked a lot from home. Been with the kids lots. Loved nature and simple things…and made art that was a little left field and intimate. So, as long as we can somehow keep that up and stay afloat we’ll be happy, the world is an unknown right now, and we just want it to be safe for everyone and hopefully, we can learn something as a species about empathy, the simple things and taking good care of nature and our planet! It is the ultimate magic after all.