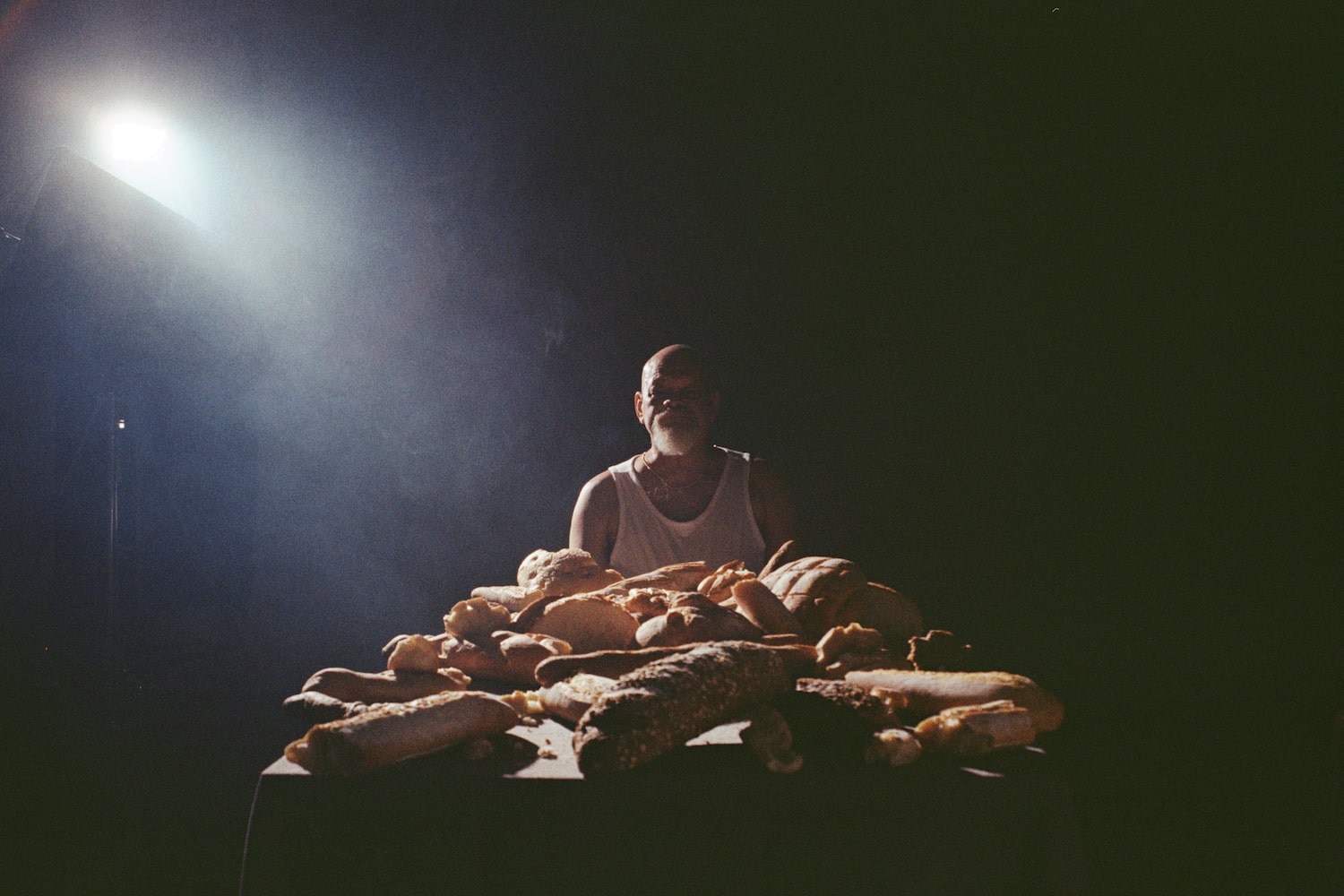 The mores of traditional masculinity are violently exploded in Fede Canal Santiangeli’s poetic short Absolution. Setting his friend Rodrigo Molinero’s forthright reverie on traditional masculinity to a series of bold, effective images, Absolution undoes the clichés that supposedly comprise the man. Premiering on Directors Notes today, we speak to Santiangeli about the performative aspects of masculinity, using graphic language and imagery, and men’s role in the feminist movement.

What kind of themes did you want to explore with this movie?

The main theme explores the new masculinity, breaking with the existing clichés about what it is to be a man nowadays and saying in a direct and crude way: “No, that’s not the way to be a man”. Through a very direct text, a metaphorical and experimental visual language and an edit which goes close to the poem, the idea was to capture and explore the new masculinity through a metaphorical manifesto that summarises the old masculinity in some way, making it clear that it’s wrong.

We have to get away from expired classifications and ancient customs.

The film and the poem focuses a lot on cocks! Did you want to focus on this part representing the whole of a man, or the whole point being that it shouldn’t represent the whole of what masculinity is about?

The first thing we wanted was a piece that played with the direct and raw nature of the text mixed with a metaphorical and poetic language in terms of image. I think it is more the second: precisely by highlighting and repeating the word “cock”, we want it to stop having a unique meaning. When in the end we say “Cock does not make a man” what we mean is that every topic and cliché we have been talking about in the short is false.

You feature quite different types of men, including the businessman — who is the everyman — the two youths fighting, the men in the self-help group, and the drag queen… Did you want a big cross-section of society?

Yes, in the poem we talk about a lot of themes and traditions related to what a man has to be. With the casting we also wanted to have a wide range that would reinforce the idea that there are as many types of men as there are people and we have to get away from expired classifications and ancient customs. 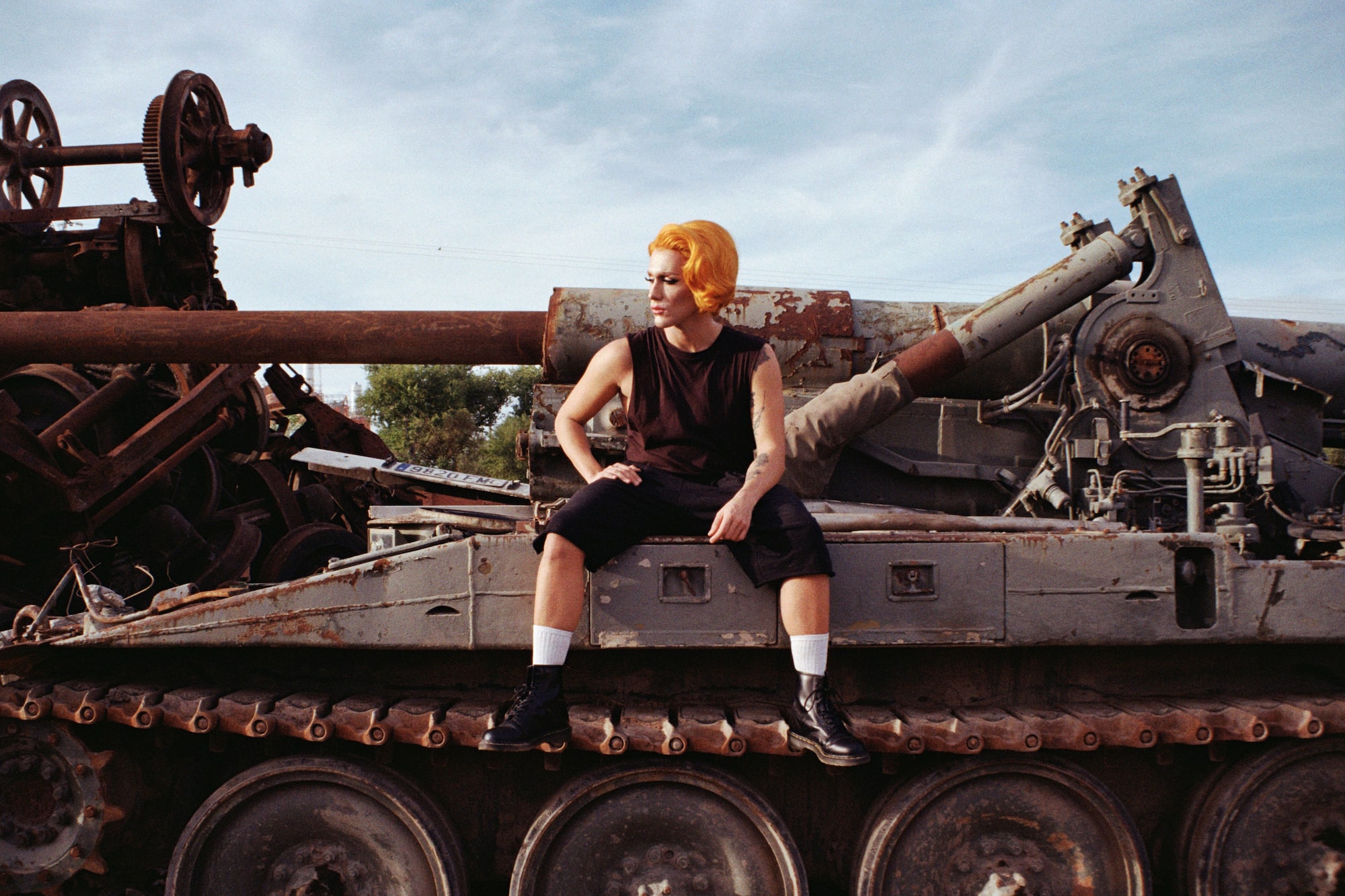 The film is quite short but it condenses these ideas into different metaphors. How much footage was there originally and how did you edit it together to make it this compact?

We spent several weeks working on the script, creating the universes for each line of the poem or idea. I did a lot of work before shooting, thinking about the feelings that I wanted to transmit. After the shoot, the work was about making each idea stronger: that means that no scenes were left out, but a lot of material within each scene was.

There is a lot of filming from every scene. What I wanted was to create a balance, not overdo it or fall short, but to go along with the poem and see what we wanted to transmit. It was a very surgical job in terms of what moments we chose from each shot together with Nerea Mugüerza, the editor.

I think for me, the film is about how traditional masculinity is about performance. In what respect do you think your film plays with these aspects of performance?

Totally agree, the piece plays with these aspects of performance through two ways. One is the text, which lists situations or topics and clichés of what a man is or has to be. And on the other hand the visual: we play in metaphors with some brushstrokes of reality. 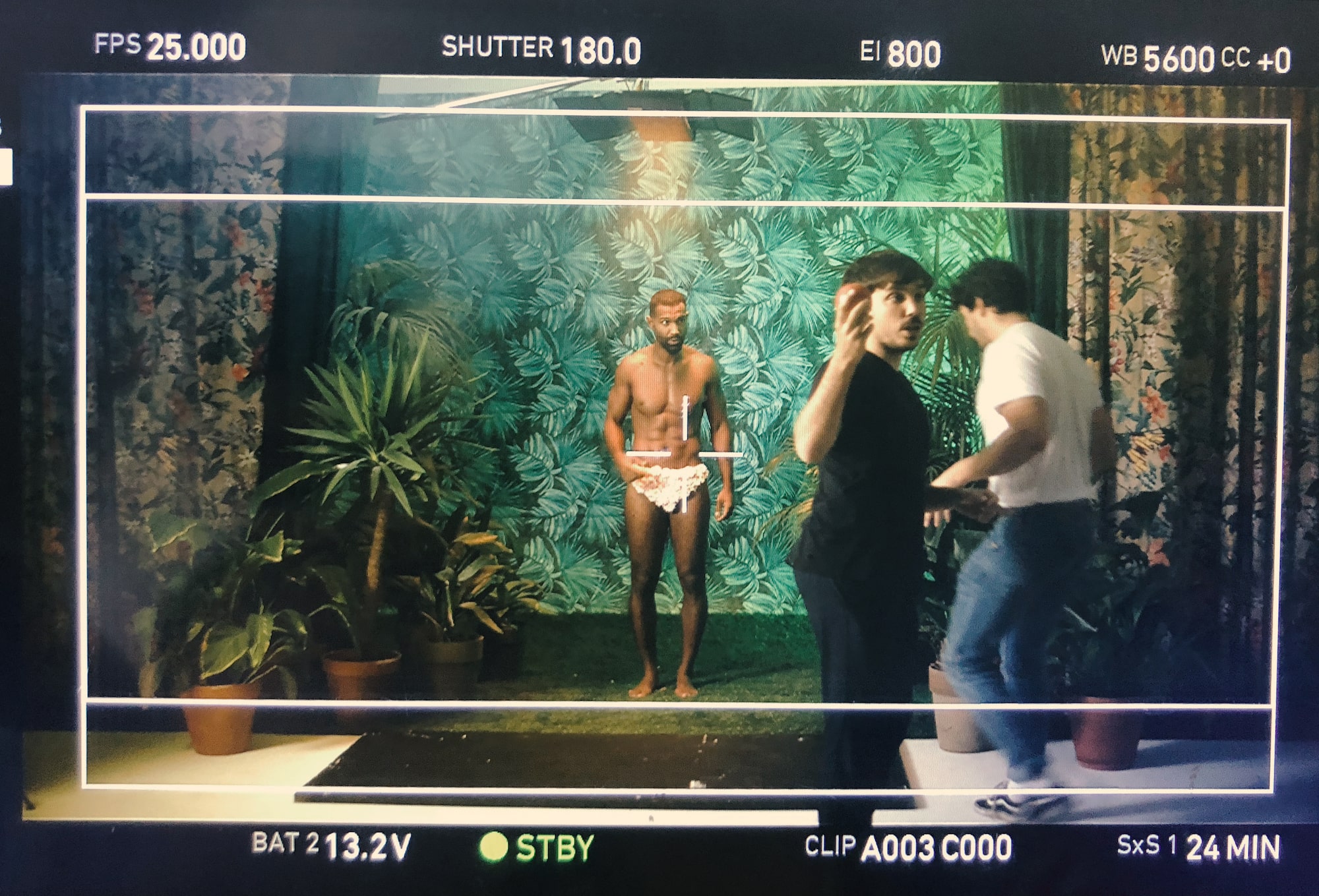 In the press notes you say it’s a story about some of the “aspects that have been snatched away by a rigid and unrealistic identity model.” How do you feel that the norms of traditional masculinity harm men?

The discourse that was created throughout all this time about a hard, insensitive man, who always has a secret or some trauma to be interesting, is something that collides with diversity, with both cultural and social enrichment. Having to be a certain way when you are not is wrong. You have to be how you feel. A discourse was created around masculinity, just as it was created around the femininity: that the only thing it does is divide and restrict, creating an unequal society based on erroneous values.

When we talk about women’s rights and the feminist movement, do you think there’s not enough focus on the role of men?

There are times when men don’t know very well where they have to be and that is due to the lack of information and the rigid and unrealistic identity model that we are talking about. What role do we want to play in this fight for equal rights?

There are as many types of men as there are people and we have to get away from expired classifications and ancient customs.

Could you tell me a bit more about your collaboration with Rodrigo. Did you know him beforehand?

Yes! We have been friends for more than 10 years, so we are very close in terms of creative workflow. We lived together for some months and that is where we started to build Absolution. It’s always fun to work with friends, especially when you’re creating something like that.

And are you thinking about collaborating more? I assume he has more poems?

Many more! As soon as we can get together again and have time to create, we will definitely get into another project.

I feel that the music helps to tie these themes together. It’s got a military sort of sound. How did your collaboration with the composer come about?

I’ve known the composer, Wences Lamas, for several years. I made a couple of music videos for his band and he made some soundtracks for my projects. It is a kind of creative barter that we have. Working with him is a pleasure because he knows perfectly what I’m looking for. He creates spectacular ambience and for this piece I wanted a mix between heavy atmosphere and military march that sets the pace for the cocks. At the same time, it has some tints of traditional Spanish music that is perfect for the whole mood.

Obviously now it’s a bit difficult to work because everyone’s in lockdown, but are you working on anything at the moment?

During quarantine I’m talking a lot with my grandma, who lives in Buenos Aires. She is 89 years old and I started to record my conversations with her. She lived through many things, like World War II and this pandemic. It is very interesting what she thinks. I am creating a short film with her memories and reflections. And then preparing various personal projects that thanks to some time at home I was able to care for again. I’m leaving the commercials aside for a while.