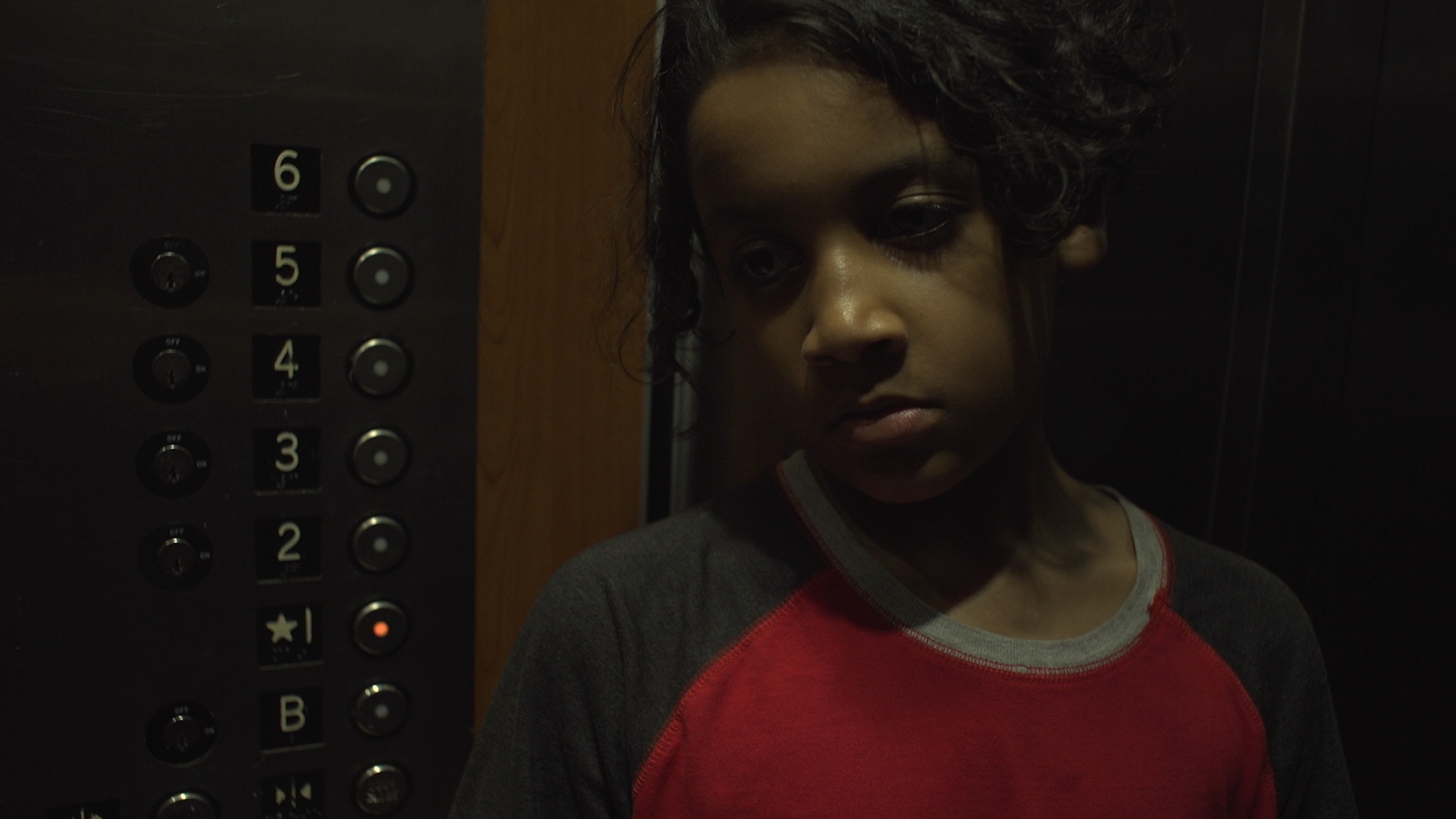 The dense bustling metropolis of New York has always proved fertile soil for cinematic intensity, and in Major Dorfman’s new drama Heights two brothers have nowhere to hide. Heights follows two young men over the course of a summery afternoon in the Big Apple to a point where their own youthful abandon lands them in serious hot water. It’s an uncomfortable moral tale of fear and responsibility, and Dorfman’s close-quarters cinematography captures the unease than unfolds. DN is excited to premiere Heights online today, and spoke with Dorfman about the development of his powerful film.

What inspired you to make a film about the relationship between two brothers at a moment of judgement?

Heights was my first-year film at Columbia University’s MFA program. I’ve always liked stories about brothers, growing up in-between two of them myself. With this film, I wanted to tell a story about two young brothers and how they would try to keep a horrible secret over the course of one day. I thought a lot about how each brother might deal with hiding an awful accident differently. Maybe the older brother would understand the potential consequences more? What if the younger boy showed more compassion and tenderness in his heart? And which one would be the more interesting protagonist?

There were certain characteristics of the neighbourhood that would intensify the drama of the story’s situation.

What led you to set the film in a typical New York borough? It definitely gives Heights an added intensity.

I had been living in Washington Heights for a year, and I thought there were certain characteristics of the neighbourhood that would intensify the drama of the story’s situation. For instance, in the summers in Washington Heights, everyone takes their folding chairs out onto the sidewalks to hang out. There’s kids running through fire hydrant spray and music is always playing on every street corner. It’s a neighbourhood that feels a bit more harmonious and associative than others in Manhattan. I thought, if there was some terrible accident in this neighbourhood, everyone within a three-block radius would know about it within 20 minutes. I’m not sure the same pressure would be as present in other neighbourhoods.

Was it tricky casting your younger actors?

I reached out to the People’s Theatre Project, a children’s theatre organisation in New York City that introduced me to Eliezer German and Michael Badia, the two younger boys in the film. Their theatre group and their performances are very performer-driven, meaning the kids come up with what their own plays are about. Because of this, the boys were already so conditioned and comfortable with coming up with their own ideas and not being afraid to try different things. It was also great that Eliezer and Michael happened to already be good friends.

Was there anything specific you did to aid them in becoming their characters?

We cast a talented young actor named Giuliano Escalante as the older brother and then rehearsed for about 6 weeks, mostly just playing games and talking about what each scene was about. I started to bring a semi-built-up camera to rehearsals, and would say “Sound? Camera? Action!” before a run-through of a scene, just to get them accustomed to working on a film set, which none had done prior. I didn’t give them an actual script until about a week out of shooting. Like their theatre group, I tried in our rehearsals to let them make as many choices on their own, whether it be lines or blocking. I then took what we did in rehearsals and re-wrote the script, letting them read it a week before production. By then, the story was already so ingrained in their heads, that they were really just reviewing it on a piece of paper.

So much of the moral intensity of Heights is captured through the cinematography and editing. Who did you work with and what kind of discussions did you both have in generating the visual palette of Heights?

I worked with a New York-based DP named Aarón Trujillo, who very much has the mind of a director. Aarón was able to improvise camera moves while we were rolling because he and I were so much on the same creative wavelength. It’s nice when you don’t have to talk to your DP because you both totally understand what needs to be done.

We shot for three days on a Sony FS5 with a set of 70s Vintage Canon FD lenses. We mostly used a 35mm or wider, which allowed us to get physically close to our main character as he wrestled with his feelings. Aarón and I wanted to keep things light and easy. On a lot of our shots we’d just roll for 15 minutes and see what kind of magic we could get from the kids improvising.

I wanted to tell a story about two young brothers and how they would try to keep a horrible secret over the course of one day.

And finally, what can we expect from you next?

I have a short film called Fourth of July that is beginning its festival run and I’m now in pre-production for my thesis film, which I hope to shoot as soon as it’s safe to do so. I’m also developing my first feature with a script that I’ve workshopped at Columbia.