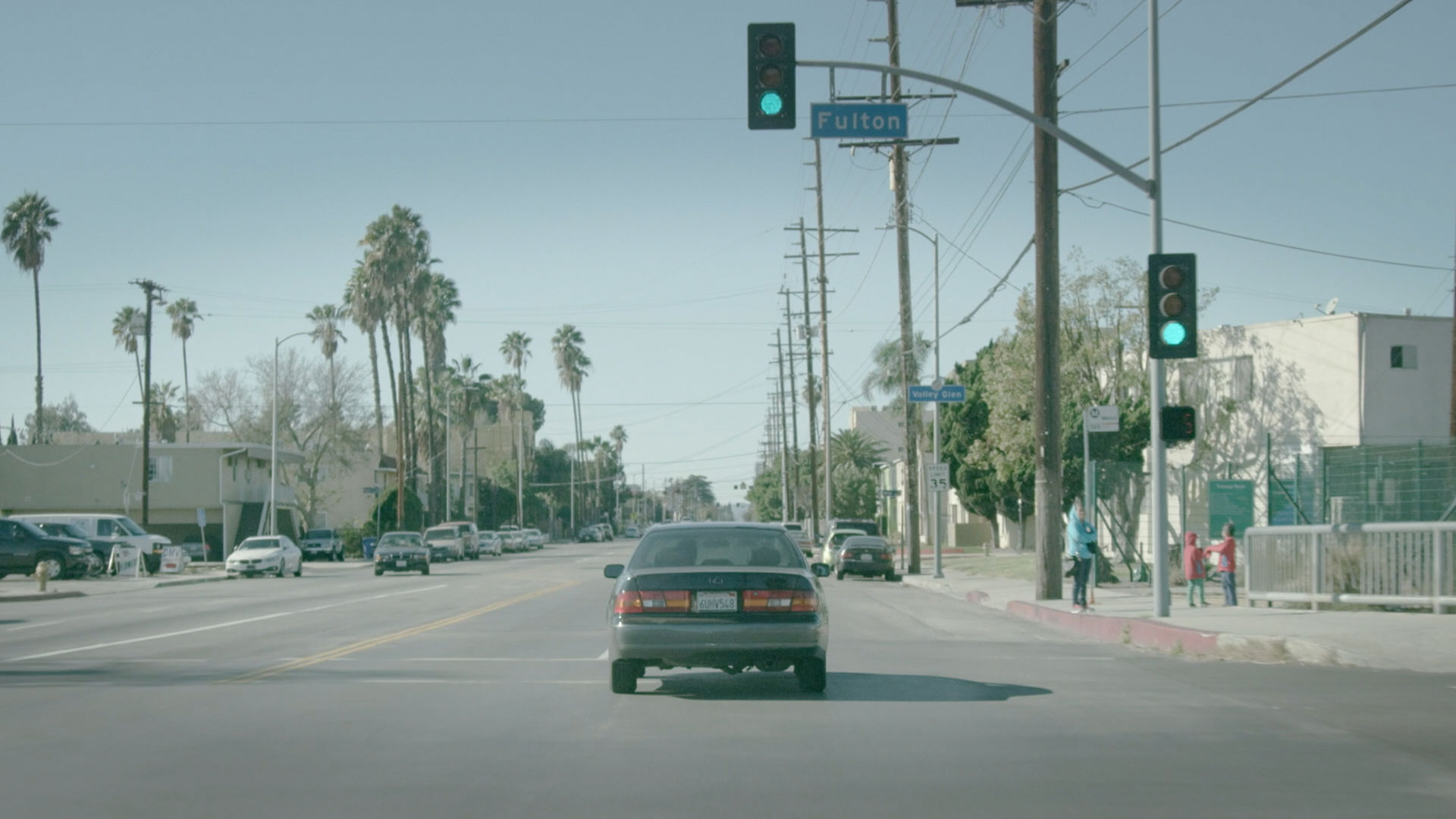 In The Rick and Stanley Show Director Mike Lars White has threaded together his background in advertising and classical training to render a poignant and witty repartee between two oddball characters. Their dynamic, whilst edging on the absurd, is drawn from real individuals encountered in life which gives this roving dialogue an added comical edge. The Rick and Stanley Show is but part of a larger series where the diversity of topics of conversation can’t help but put a smile on your face and leave your appetite whetted for more. DN caught up with the LA-based filmmaker for a shotgun view of the production process behind this unlikely buddy comedy.

Where did the idea for your unique characters and their interactions spring from?

The idea was to create a web series that followed a set of characters around, presenting these little snippets of a world, like teasers for a TV show that doesn’t exist. The project was originally titled Cranks because I wanted to create a TV show about cranks and crackpots which are essentially the kinds of characters that I tend to run across and attract in real life. We released some of these mini-episodes on YouTube, but the series never quite gained traction. Some people liked the little mini-webisodes, but it was too abstract. Half of the audience didn’t get it, or would ask the same question over and over: “Why are these two friends?” It wasn’t until eight or nine months later that I finally worked out a way to present the material. The solution was to stitch the conversations together and lead with a title card at the beginning about Rick and Stanley being best friends for no apparent reason. That was the missing puzzle piece. Once I did that, the audience was more on board at the outset. And it was this 7-minute “convo cut” that got picked up by Atlanta Film Festival’s episodic showcase and Chicago Comedy Film Festival.

I wanted to create a show about lowlife eccentrics, more North Hollywood than Los Feliz.

I wanted to approach the comedy with nuanced and grounded performances from actors who completely embody the roles as opposed to a more cartoonish/caricature approach. The final conversation in the film is inspired by a man I overheard on a bus claiming to have two fiancées. The Rick character was partly inspired by a man I saw walking around the city in a basketball uniform as if that’s all he ever wore. Films and shows set in Los Angeles tend to be either about struggling young actors or about people who live in giant homes that most people could never afford. I wanted to create a show about lowlife eccentrics, more North Hollywood than Los Feliz.

In this project I wanted to experiment with and showcase my ideas about casting, script, and performance after taking a year’s worth of studio acting classes at the American Conservatory Theater in San Francisco.

How did that time studying in the American Conservatory Theater reflect in your work and develop you as a director?

For me directing came out of necessity. As an advertising copywriter, I had come back to the states with a body of work from Eastern Europe but my projects were stuck in development hell. The work I managed to get through the months of focus groups didn’t live up to the stuff I’d made in Europe. And so in 2013 I wrote and directed my first short film, in order to prove what I could do creatively.

At the time I was involved in the improv scene in San Francisco and had taken classes and performed a few times. But for example, I didn’t even know what an actor’s beat was. In order to direct the films I wanted to direct, I needed a better grasp of how to shape a performance beyond 30 seconds. I looked at directors I admired, and how most of them had some kind of theater background. That’s when I realized there was this resource available to me, the studio acting classes at American Conservatory Theater. I signed up and ended up taking their entire series. It’s had a huge influence on how I direct, but even more on how I write. The Rick and Stanley Show gave me a chance to apply what I learned to characters and situations that I’m not seeing.

Talk us through the production and any particular techniques you used.

Part of the process is me performing the scripts in front of people, even before we get to casting and table reads I held multiple rounds of auditions for the two lead roles. I was originally interested in shooting in Long Beach, but logistical challenges as well as the distance from where the cast and crew live made it more and more unlikely. It was while driving around North Hollywood that we realized those locations were just as great a fit – if not a better fit – for our ‘dirtbag’ characters.

On all my projects, before shooting I create animatics consisting of my own crude drawings as well as scratch tracks and usually my voice playing all the parts. This is to understand the musical flow. I share this with my DP, but I never share it with my actors, because I don’t want them to go in with preconceived notions about how it should be done.

The animatics give me a clear musical understanding of the flow of the piece, and give me confidence in knowing why a given shot is needed.

Scripted comedy is so much about rhythm and timing that it’s nice to have something you can press “play” on. I had made animatics using iMovie when I worked in Europe making TV commercials, and it was something that could help you sell an idea. Starting with my first short film, I’ve made animatics mostly as a gut check. Because we’re investing so much time and effort into these things, I want to be absolutely sure of what shots I need or what I’m going to lean on the most. The animatics give me a clear musical understanding of the flow of the piece and give me confidence in knowing why a given shot is needed.

In the case of Rick and Stanley, I had an inkling that cutting to the reverse shot on the car would be part of the comedy, which was inspired by from a scene in Wim Wenders’ Paris, Texas when the camera follows the car in a wide shot as you hear the voices of the boy and his father inside the car. The animatics let me play with it and prove it out before trying to convince a cast and crew to undergo such a logistical nightmare to shoot.

Rick’s car is the actor’s ’99 Lexus ES. Originally I wanted to purchase or rent a souped-up Honda Civic, but finally the ’99 Lexus felt right, as long as Ben didn’t wash it. For the driving scenes we used a hood mount on the car, and in order for the actors to be free and safe in their performances, we placed the car on a Uhaul trailer.

It turns out that in LA county they don’t require a police escort for this kind of production—as they do in other counties, which would have blown the budget. Then came the question of how to record all of these conversations, including three different angles of coverage, all in one day. I had devised an intricate system based on a long loop route that we circled in the Sun Valley area above North Hollywood. The actors had to perform two conversations matching the side of the loop we were on. So two convos on the south part of the loop, then two on the north part. First in two-shot, then in two singles. Then, after lunch break, doing the same thing with 4 completely new conversations.

In order to direct the films I wanted to direct, I needed a better grasp of how to shape a performance beyond 30 seconds.

We shot with the DP Kyle Stryker’s Red Epic. I was initially worried about the camera creating a too-polished look, but then I saw Straight Outta Compton, also shot on a Red Epic, and that’s what sold me.

What is next for you and for The Rick and Stanley Show?

The whole series is broken out into five episodes that I’m releasing now on Vimeo. The driving episode is the centerpiece of the show, and in the other episodes we start to meet some of the characters Rick and Stanley hang out with. There’s Dr. Steve, a semi-retired sociology professor who pushes around a baby carriage full of alcohol, and his former student Brianna who listens to his rants as background noise as she scrolls her dating apps. There are a couple episodes where the four of them go on a picnic, and Dr. Steve’s girlfriend Rhonda shows up unannounced, causing a little soap opera. In the final episode, Stanley goes into a rage over a recent break-up and ends up destroying a yard sale.

More recently I have directed two shorts with a new set of characters called Jules and Jonas played by my actor friends Lanie Lim and Michael James Wong. Our first Jules and Jonas short won Audience Choice at Minneapolis St. Paul International Film Festival and has screened at Maryland Film Festival, St. Louis International, and Flickerfest in Australia. Our other short Düsseldorf premiered in LA this February and has just begun touring festivals. Right now I’m focused on making a feature. During the quarantine, Lanie, Michael and I have written a mystery/conspiracy-style feature film for the Jules and Jonas characters.