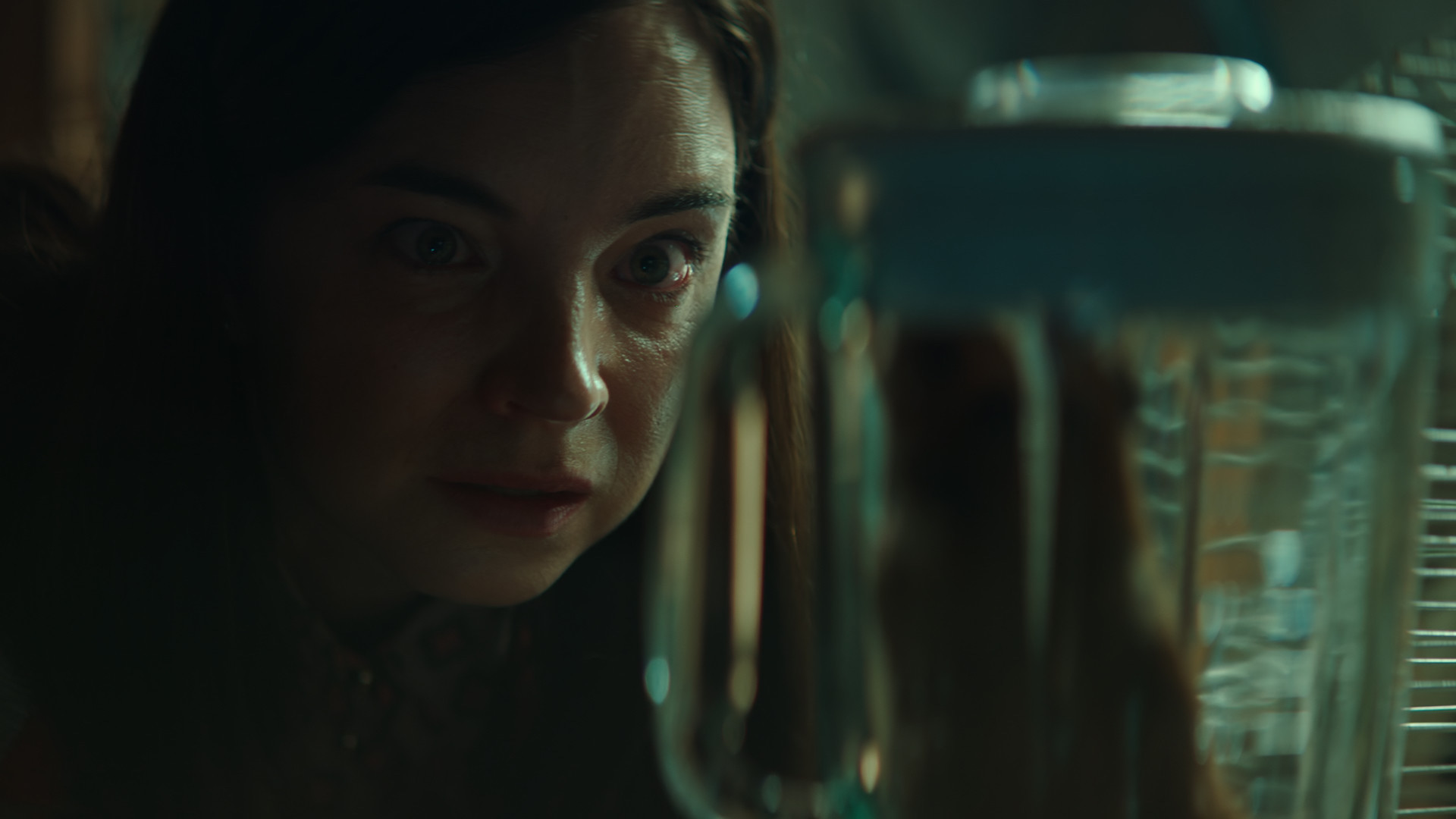 A woman by the seaside, either mourning a dead child or deeply longing for one, finds herself drawn to snuffing out small animals in the hypnotic short Killing Small Animals — a dialogue-free exploration of reasserting control in the face of despair. Watch the trailer below, after which we talk to Swedish Director Marcus Svanberg about setting strict limits for the film, shooting all in one day, and simulating animal deaths.

The worse thing in the world for me is a white piece of paper with nothing on it. I knew I needed really tight boundaries to make myself start the creative process. So I started thinking: how can I make a film in Sweden, with Swedish people, and make it available for people all around the world? I didn’t want to make Swedish actors talk English because I hate that. So I started by limiting myself by having no dialogue.

Then I had this idea about people going mentally insane. I read this article about a guy who started hearing voices in his head and couldn’t see what was right or wrong. He was driving on a pedestrian street and killed seven people in Sweden because he heard voices inside his head telling him to do it. I read about those kind of diseases, and how if you have them you don’t realise that it’s a disease. So I played with that idea of a person who starts on the journey towards a deeper sickness.

I love films that have slightly open endings that you can interpret either way.

The other constraint was that I wanted to shoot it all in one day because I could only afford the crew for one day. That was the hardest part, but I really stretched it. It was an 18-hour day!

The film claims no animals were harmed in its making; how did you make those murders look realistic?

I had to import the butterflies from the UK. I think we imported 1000 butterflies and only four survived the trip. So we had 996 dead ones to play with. We had one actually turning its wings in the film. That kill was just a simple cutaway. For the hamster we simply took it away and replaced it with a piece of cloth with long hair on it. It was actually a condom filled with ketchup. The blender got totally destroyed because all the fabric went into the wiring, but we got a really good take.

Were there any animal deaths you thought of that didn’t make it into the film?

I thought I should start with something almost harmless. Something a kid could do, like a frog. You wouldn’t say that it’s that dangerous; you’re not completely mentally sick if you do it, you’re just slightly disturbed. I wanted to start really small and go bigger, and I thought that three would be a good number for a ten minute short.

For me, it seems that the murders are a form of control. After all, a lot of murderers often commit these acts because they feel they have no control over their personal lives…

Life today is really complicated. You have to choose your cell phone carrier, which electrical company you have; everything around you is choices. And the more complicated the world is, the more you have to have some kind of control. You can have an eating disorder, or cut yourself, but she finds that killing animals gives her some kind of fix. I don’t know if anyone has ever killed an animal and got a fix, but that was the main idea behind it.

I made a short to show my skills, that I’m able to set moods, work with actors, create excitement and tension.

People who start by killing animals have been known to turn into full-time serial killers. The last shot of your film seems to be nudging towards this idea…

You try to have a little open-endedness. I love films that have slightly open endings that you can interpret either way. So you want to leave a question to the viewer… she doesn’t really want to do it, but something just makes her do this. 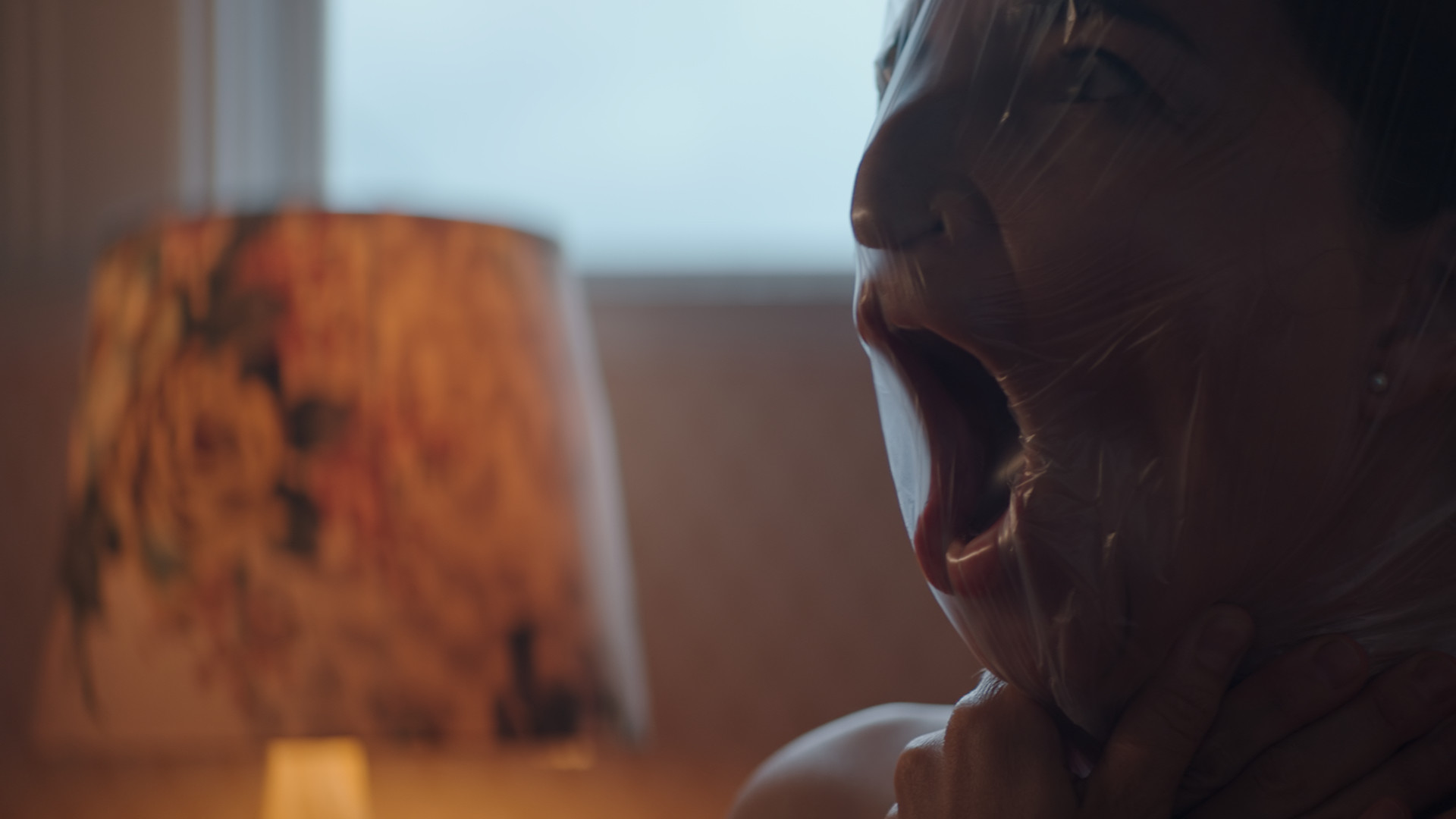 Her compulsion seems to come through the music, which is composed, and the heavy sound-design, joining the character on her journey. How did you want to use sound to complement the dialogue-free story?

That was harder than I anticipated. I didn’t have a sound designer on set to cut costs, but then they had to redo the whole film with sound, which was complicated. Music-wise I thought I was going to have a bigger soundtrack, with more melodies. But then the music took over the film, so we scaled it back quite a lot. We started with much stronger themes throughout the film, but then the music became the main hero in the film. So we really had to tone everything down and take away a lot of melodies. But it was really fun doing the soundtrack. I’m a musician myself and the guy who wrote the score is my former bandmate.

You’ve made a lot of commercials, but this is your first narrative short? Why did it feel like the time was right to switch it up?

I went into filmmaking rather late in my career. I was a musician for fifteen years before I started making documentaries about bands that I knew and liked for MTV Nordic. Then I thought that that wasn’t challenging anymore, so I went into commercial work. After commercial work for ten years, I felt like I needed another challenge. I wrote a feature but realised I can’t make one straight off the bat so I decided to make a short to show my skills. That I’m able to set moods, work with actors, create excitement and tension. 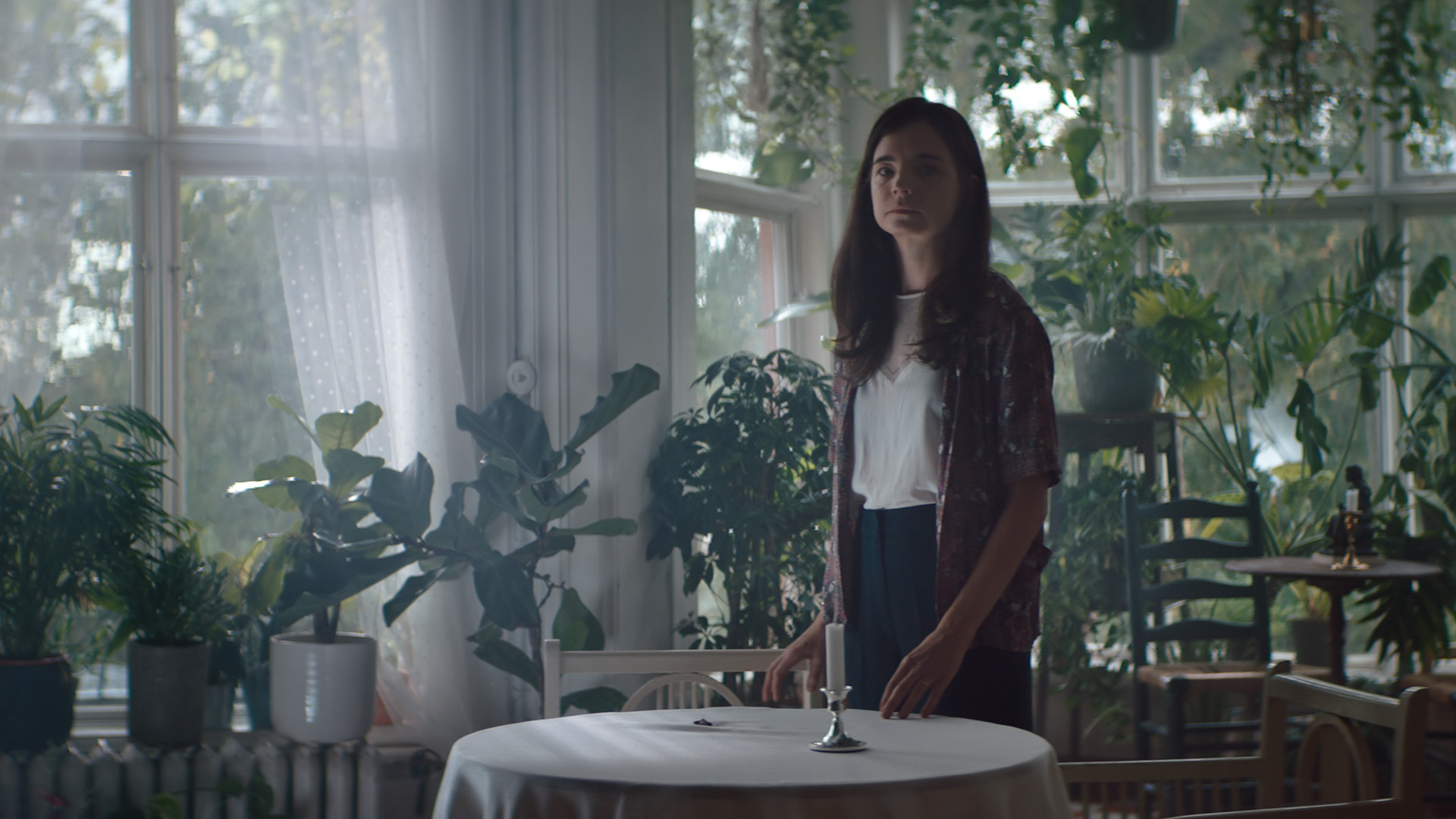 I wrote a pilot TV series about a woman in a cult who finds a twenty-five year old note from her dead mother saying that she needs to get out of the cult. She suddenly realises that maybe they’re not as good as she thought, maybe they are evil, and she’s stuck in this kind of hell, so she has to find out if the mother is right. I’m really excited about it.

Will it be a Scandi Noir or more horror-influenced?

Scandi noir, pretty much, but with a lot of really hardcore violence. For example, she puts a screwdriver through a guy’s hand because she needs to run away. She also throws battery acid in a guy’s face to make him go blind. It’s very explicit. She’s not very good at anything, but she gets small wins all the time, like Walter White in Breaking Bad. I wrote it with my wife.