Combining the language of a fashion film with the heightened visuals of a dystopian sci-fi, Willy Hajli and William Kim’s Write Your Story sees a repressed employee on the hunt for freedom. The co-directors use a slick and decisive visual style to tell the story of Elle, who shuts down the command centre of a faceless corporation amidst an important business deal. It’s an ambitious take on the fashion film and one that is pulled off with confidence and flair. DN caught up with Hajli and Kim Write Your Story to discuss their impressive vision.

What inspired you to tell the narrative of a person escaping a technological confinement, within a fashion film?

From its inception, the film was designed to explore the concept of individual freedom in a self-alienating world. Our production process lasted roughly three months as we explored several different narrative possibilities with our Screenwriter Ariel Tabacow Hidal. We wanted to produce a film that combined the language of a fashion film but also developed a robust narrative arc that carried our protagonist through foundational emotional changes.

The setting is really distinctive. How much of a challenge was it to pull off such ambitious visuals?

Our ideal setting would be an impenetrable space arranged around geometric forms; static compositions and diegetic lighting would aid in creating the desired sense of orderliness. Initially we aimed to shoot this on location in São Paulo Brazil but quickly realised we could never fulfil the specificity of our vision without working in a studio. This was our first experience building sets and once our Art Director Eduardo Kissajikian delivered his first set of concepts we knew we were on the right track.

You mentioned there about static compositions, I’m curious to know how you approached the cinematography and the role of the camera in telling this story whilst being conscious of creating a fashion film?

Lucas René’s cinematography, shot on Arri Alexa Mini with Zeiss Standard Speed prime lenses, was born out of close collaboration with our art department to ensure a marriage between spaces and setups. The opening setup, shot on 12mm with a clinical dolly push-in close to the actor’s face, serves as an introduction to our world: repetitive, endless oppression. As Elle leaves the factory floor and secures access to the restricted spaces at the corporation’s heart, our lighting transitions from aseptic to textural, flooding the frame with colour as Elle barrels down towards freedom.

The film was designed to explore the concept of individual freedom in a self-alienating world.

The use of colour in symbolic form was a strong aspect of our artistic direction. We recognised the inherent preciousness of the colour blue by dint of being the one that occurs least frequently in the natural world. We imagined it as a radical moment for Elle, a pure phenomenological experience without reference in her world. In this sense, the colour blue served as an extended metaphor for our narrative arc. From the purity of blue comes the possibility of new beginnings, signified by the liberating dash that closes the film.

It’s a really pivotal shot. I wanted to ask about working with Isabelle Drummond in creating Elle, what was she like to work with?

Working with Isabelle, one of Brazil’s most celebrated actors, was also integral to the film’s success. A talented performer capable of emoting dynamically through a range of mental states, her subtle delivery formed a natural anchoring point for the film’s emotional journey given its formative artistic constraint: a single silent protagonist whose only scene partner is an omnipresent but immaterial voice. 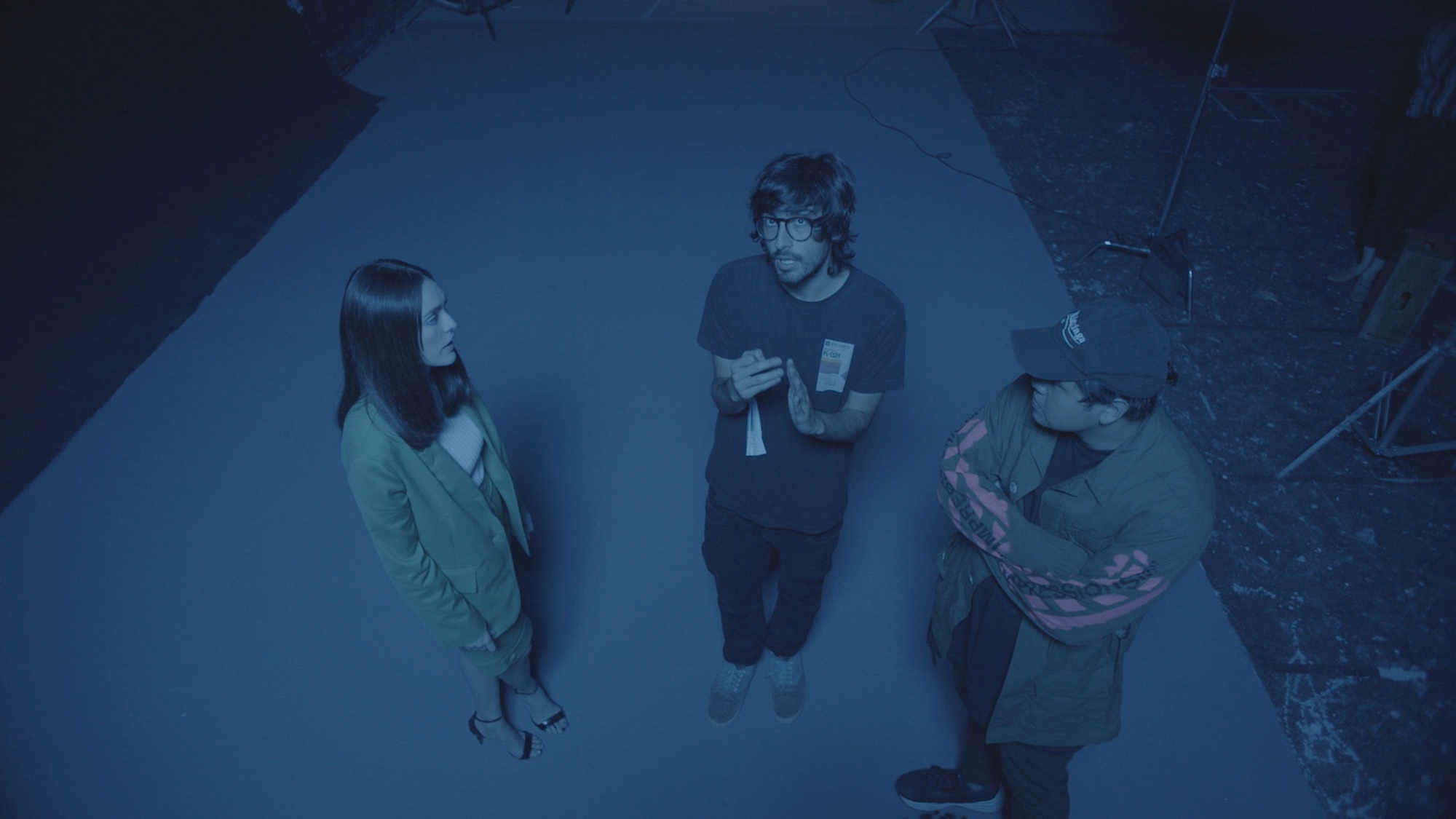 I found the score really evocative too, it really underpins what the protagonist is going through.

Felipe Derado’s score tied our contributions together. Our greatest challenge in the scoring stage was establishing points of transition to ensure the soundtrack flowed naturally between scenarios while also respecting the narrative mood that each scene called for.

What will we be seeing from you in the future?

Currently we are in the midst of the festival circuit for our short film O Náutilo produced by Moonheist and co-produced by Biônica Filmes while developing projects for film and TV, as well as other branded projects and music videos.

Write Your Story is one of the many great projects shared with the Directors Notes Programmers through our submissions process. If you’d like to join them submit your film.