Max Kane’s road movie Duck follows a young man on an aspirational voyage from home. Duck’s protagonist Frank, however, isn’t your typical hero. His trip is laden with mistakes and slip-ups, which causes him to interact with the kind of character’s you expect to read about in a Hunter S. Thompson book. It’s a thrilling journey though, and following Frank offers a glimpse into the madness at the heart of the supposed greatest country in the world. DN is excited to premiere Duck on our pages today and offers a conversation with Kane below on the film’s single-frame production setup and the story of how a three week shoot turned into three months.

What motivated you to tell a story about a man leaving home?

Leaving home was hard for me. Even though I was excited to start a new chapter of my life, I was scared of the unknown. When I moved from Pennsylvania to Los Angeles, I left loving friends and family behind. Duck is a reflection of the self-doubt and uncertainty I felt on my journey across the United States.

Did this concept, in turn, inspire the single frame setup?

My goal for this film was simple: to tell a captivating story in a single frame. I wanted to limit myself to the confines of a car while painting a picture of Frank’s world crumbling. I knew this setup would allow Joey and I to pre-set light and sound before the shoot. As a result, I’d be given more time to focus on directing, and Joey would have the ability to fully explore his character.

Frank has some pretty strange encounters along the way. How did you develop those scenarios?

In early 2019, I was hit in the head by my sparring partner at a local boxing gym. I spent the next two weeks with a concussion, and it hurt to watch TV, read, and look at my phone. Consequently, a lot of this story was imagined when I was laying in bed with a throbbing headache, doing absolutely nothing. When I actually put pen to paper, the writing process was relatively quick, probably less than two months. I wanted to write a character-driven piece about a man who fights for his independence, and as he drives further from his family, his life descends into chaos. This is a project that Joey was a part of from the beginning, so Frank was written with him in mind.

How much of a challenge was it to practically rig the car and create your production setup?

During pre-production, we could not find a company that would rent us a car (due to mileage limits) or loan us a camera (to be used exclusively on the hood of a car) at a reasonable price. We were forced to use Joey’s car, camera, and lens. This turned out to be a blessing, as our anticipated three week shoot actually lasted three months. In pre-production, we experimented with different methods of rigging his car. Ultimately, we landed on this setup: camera mounted on the car hood, connected to a power bank, hooked up to a monitor, which I watched in the trunk while directing via walkie talkie. We placed four mini LEDs around the car and used an iPhone light on Joey’s face. For sound, we taped a lav to the steering wheel and positioned a boom mic on the passenger seat. To scout, we used Google Earth and the Sun Seeker app. The entire pre-production process lasted about six months.

Proper hands-on guerrilla filmmaking! Where did you begin the road trip?

We began our shoot on the east coast, then moved west. We shot in Pennsylvania, New Jersey, Arizona, Nevada, California, and Mexicali. From day one, we realized the difficulty of shooting into a windshield. In order to shoot during the day, the sky needed to be totally clear or the windshield would be filled with glare. We couldn’t even press record for our first three scheduled days because of cloudy skies. We also had to find smooth roads where the sun was directly behind the car. Comparatively, shooting at night was much easier to pull off. We shot with a Sony A7S, 24mm Rokinon Cine lens, polarizer, and ND filter.

My goal for this film was simple: to tell a captivating story in a single frame.

We usually had a few hours to shoot at each location, so we were constantly hustling to find the right road, block the scene, and shoot it. For example, one particular Saturday we arrived at Big Bear Mountain (snow) at six in the morning, and shot until nine, drove south to the US/Mexico border in time for sunset (dunes), then drove all night to the Grand Canyon, which we needed at sunrise. We didn’t have the luxury of shooting in order, so we had to pay close attention to continuity.

Did the car, and you both, survive the trip? It gets pretty beat up by the end.

Joey’s car took a beating during the shoot. On separate occasions, his car battery died, and we had to get it towed after running over a curb. My grandmother also made the brisket sandwich that sat on the front dash throughout the film, and it never left its place until we wrapped. It started to stink by the end. And, for the last month of production, we drove with a shattered back window and glass covering the backseat. It all paid off though, as we found a genuine love for Denny’s $4 all-you-can-eat pancakes on our long drives.

Given that you were shooting at the beginning of the year, did the pandemic have any effect on you finishing the film?

Days after wrapping production, lockdown began. For months, we had little to do besides stay inside and edit. Our first cut clocked in at 30 minutes, and in order to shave it down, we cut numerous scenes and storylines entirely. A huge chunk of time was also spent on sound design. Our goal was to create the most realistic sound-space possible since we see everything in our wide shot, we wanted to hear everything too. Any sound you hear in the film, whether it’s a honk, gulp, or dragonfly, odds are they were added in post. We edited picture, sound, and color in Premiere Pro. 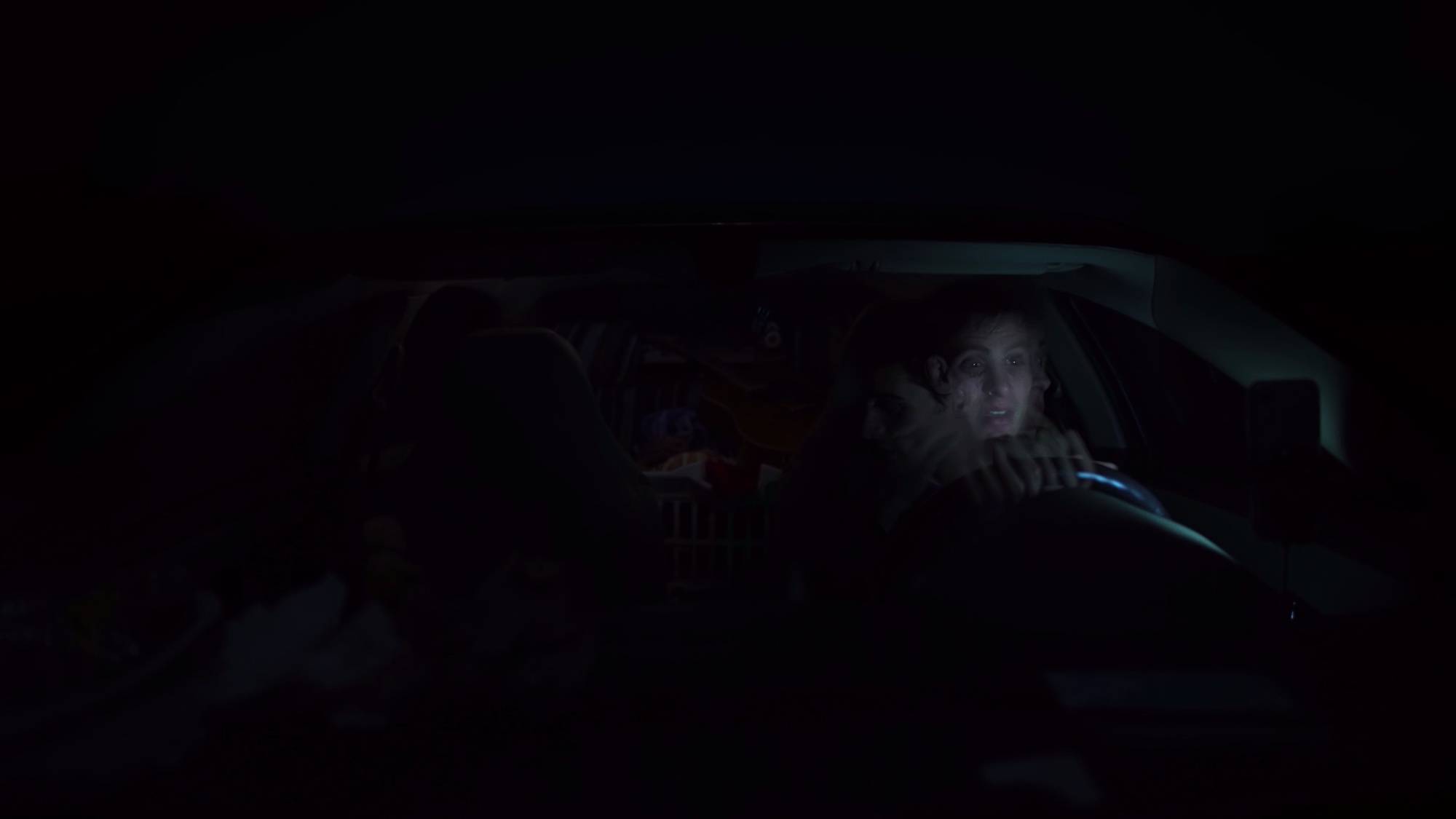 A major challenge we faced was shaky footage. The A7S doesn’t have an internal stabiliser, so our raw footage was rough. We were able to utilise a VFX software called BorisFX to stabilise our image frame-by-frame. It took weeks to achieve, and what felt like countless monotonous hours, but it made a difference. We also collaborated with our musician-friends to ensure the film had an awesome soundtrack, which you can check out on Spotify! Duck took about four months to edit and it was a true test of endurance.

How do you feel about the whole experience now, reflecting back?

The experience of putting this film together was invaluable. We traveled to new, breathtaking places around the US. Since we shot the film ourselves, it was like a crash course in production for me. And throughout lockdown, the edit kept us focused and sane. I feel privileged to have been able to work with Joey Krulock, who not only is a dedicated actor but a master cinematographer and editor too. We are ecstatic to premiere on Directors Notes and share our film with your audience.