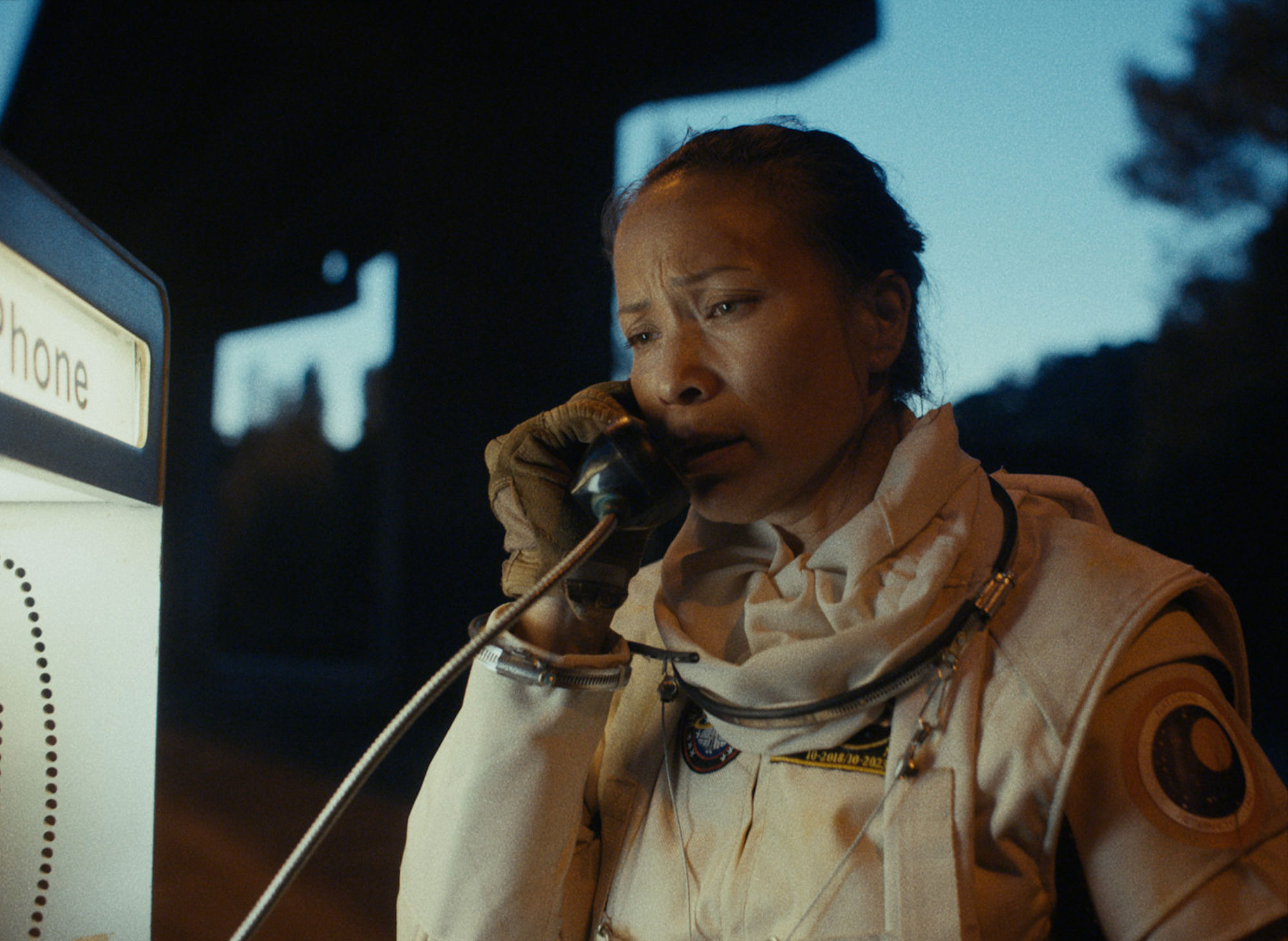 A space capsule lands on the side of a deserted road. An astronaut stands nearby, having crash-landed to earth. Captured in one-shot, Charlie Reader’s (last seen on DN here) music video for Welsh artist Novo Amor’s If We’re Being Honest is an enigmatic, melancholic portrait of isolation. We talked to Reader about being inspired by current events as well as classic sci-fi, and the technical challenge of shooting it all in one continuous shot.

How did the commission come your way?

The video came through my music video rep in the UK. I knew of the artist because he had that super successful music video Birthplace, shot underwater with all the plastic that formed into a plastic monster which was super cool. It came through that channel. They wanted something that was a bit of a departure from what they had done previously. That’s why I started going towards a sci-fi vibe.

I always start from a storytelling perspective, trying to work out what the story is. I’m less interested in just creating an aesthetic, like a visual thing. I wanted to work out what the story could be. Obviously, with everything that’s going on right now it feels like you can’t escape the pandemic. I wanted to look at isolation and work out the best way it could be told narratively that’s engaging throughout the whole video.

The tempo of the video is really cool and sort of chilled, then it builds up to this big crescendo. That’s how I came up with this one shot idea as it felt really cool to have something that reveals more of a story while building up until this big crescendo. The capsule came from this idea of thinking about the place where you’d feel the most isolated, and wondering how you can depict that in a way where you just see it visually and feel it. The idea of a space capsule seemed perfect for that. I got deep into sci-fi, watching so many films like Gravity. It felt like a cool way to steer it. 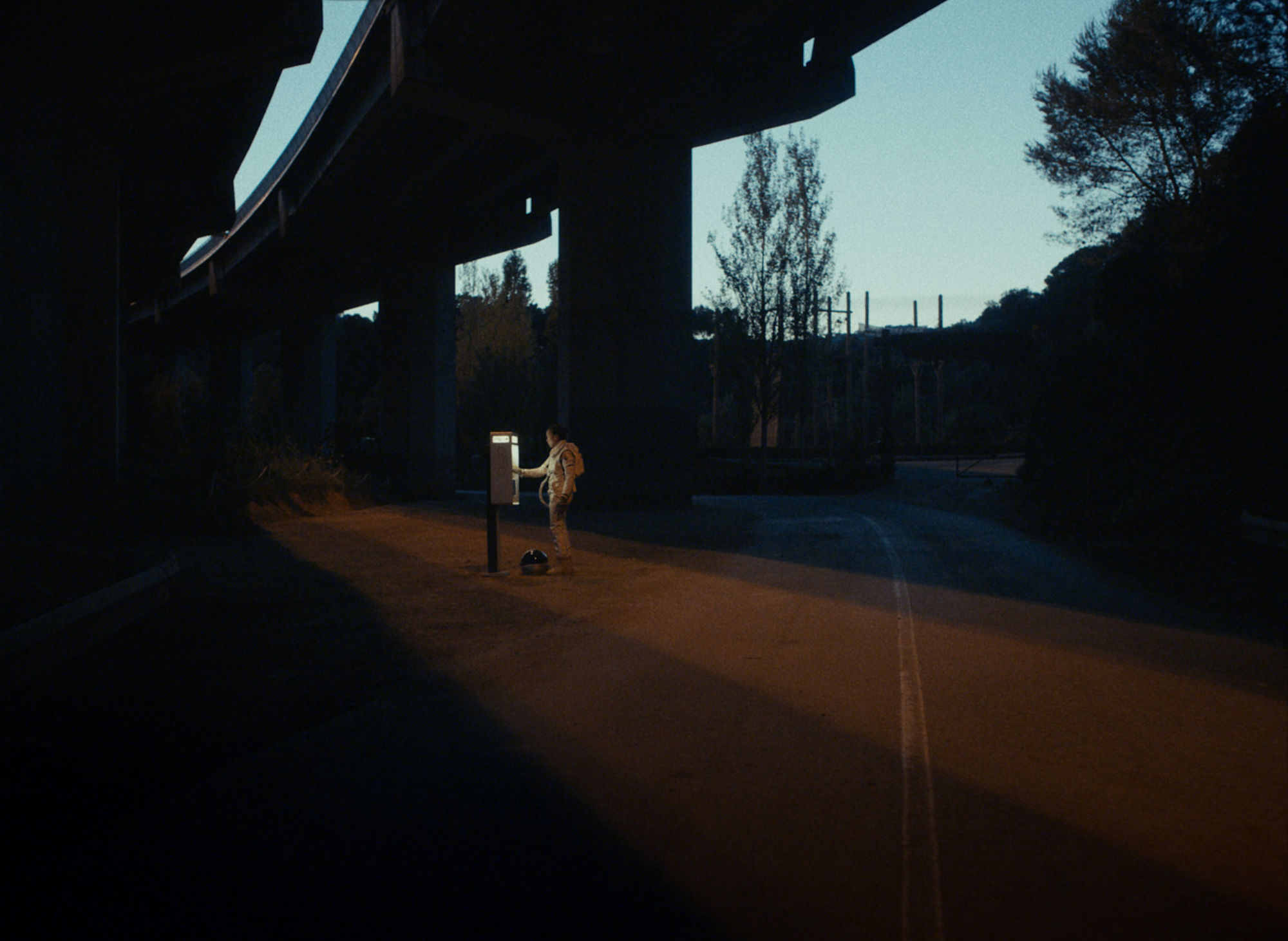 But these sci-fi films have huge budgets. How did you create the aesthetic you wanted with a much smaller amount of money?

It was a massive effort from everyone involved. When you’re in that pitching process, you’re not exactly sure what you can do. The original idea was to create as much of a vibe of the space capsule as you can and to do that through slowly revealing its different pieces. It was always like: “It would be great if we had a space capsule” but that was our base level. Then when we won the job, it was a case of talking to constructors here in Barcelona about what could and couldn’t be done. What was amazing is that the constructor, Santiago P. Seoane, loved the idea and was like: “If we’re going to do this, let’s build a space capsule.”

It felt really cool to have something that reveals more of a story while building up until this big crescendo.

I’ve had those jobs where everyone is dipping off and it’s all difficult, but this was a job that was actually quite cool. Most of the budget went towards building the space capsule, which was designed from scratch by our Art Director Nieves Cabanes. It was very much a passion project for everyone who was doing it.

Did you have any famous space shuttles in mind?

Yeah! I learned so much about space capsules and space suits. There’s the Apollo one, and then the more modern Orion one, as well as Russian and Soviet ones. We took inspiration from them all. Nieves came up with a design that put together all these parts and elements that I liked and took that to the constructors. But like everything, it evolved over time based on factors such as cost, speed and ease of creation.

The film is all captured in one continuous shot, walk me through the technical challenges of that?

The location we chose played a big role in that. We did a lot of scouting, looking for a place that had a path that sort of bent round to one side so you couldn’t see down the road. We also didn’t have the budget to light the entire route. Luckily the location we went with leads under this bridge, which has these amazing spotlights from the motorway above.

In terms of the camera itself, we had it hooked to an easy rig on a dolly that’s kind of like a wheelchair. So someone is sat in the dolly and is connected to the camera. This means that when you get to the end, the cameraman can stand up with it and unhook it, so it doesn’t require a big changeover.

But how did you achieve the changeover into the back of the pick-up truck? My guess is that there’s someone already hiding on the back…

That was one of our first ideas. But I think we just had to work with the personnel we had. We were scared about having too many people on set, and we also didn’t want any risk of seeing that person as the camera approached the truck. It’s a one-shot and you spend like three minutes doing it. We’re trying to shoot it all in dusk, so there’s a very small window of opportunity. So essentially, there’s a second AC and there’s the grip pushing the dolly of the chair. When we approach the astronaut the grips unclip the camera from the chair, the guy in the chair takes the camera, then the grip and the second AC jump into the back of the car and the camera is passed to them. 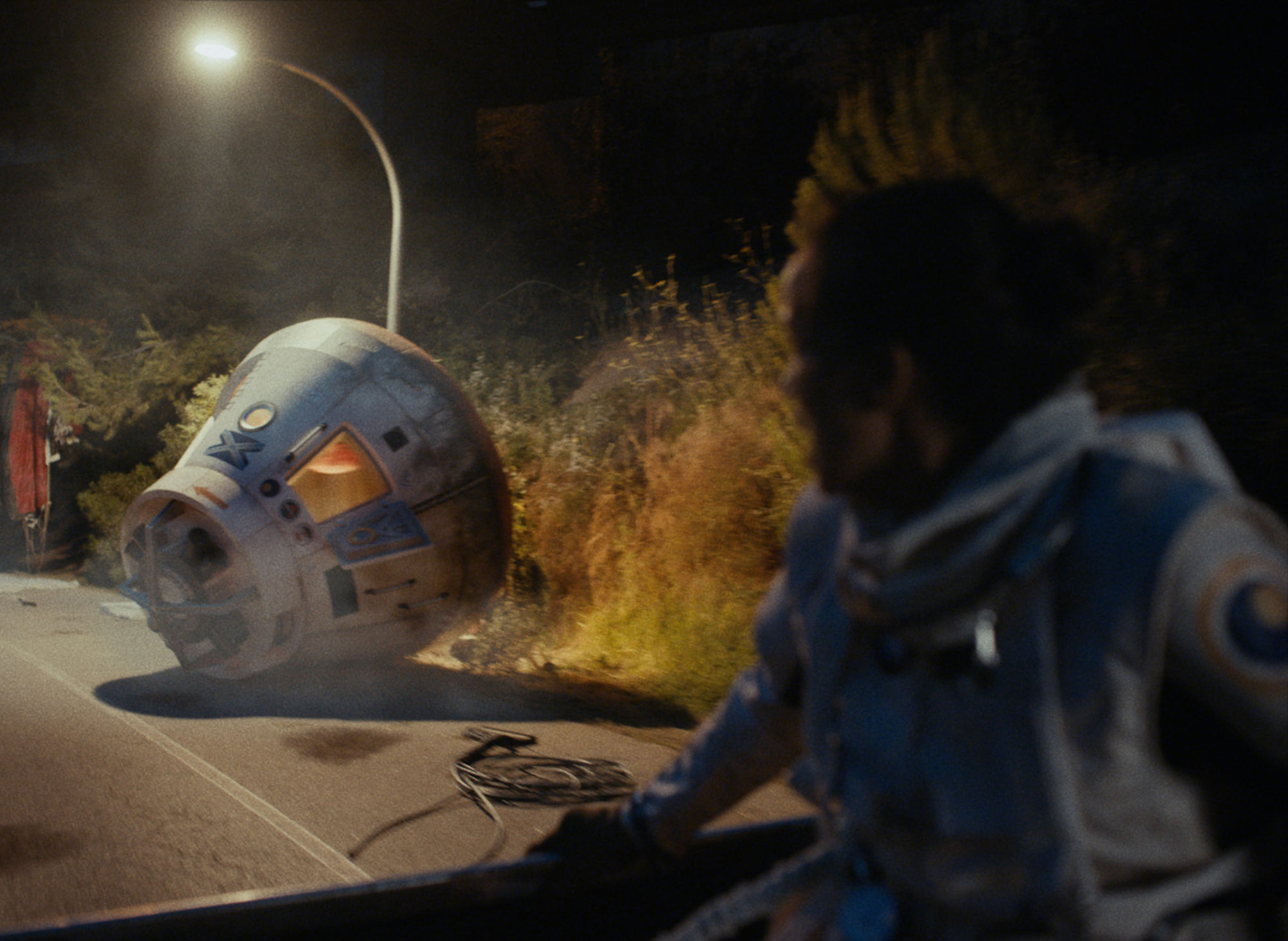 I wanted to look at isolation and work out the best way it could be told narratively that’s engaging throughout.

Did you have to get a permit to shut the street down?

We had all our permits for shooting, but instead of shutting the street down entirely, we closed it in intervals. We had the police helping us. They stayed on the set and if there was a build up of traffic, they would be let through. Once we reset, they would close the road off again. This is why it took a bit of time. But one thing was quite funny. There was this young couple in a car going past a number of times. We finally realised that, as there’s this fucking massive space capsule in the middle of the road, people were obviously driving past again to check it out more. They were taking videos on their phone!

If We’re Being Honest is one of the many great projects shared with the Directors Notes Programmers through our submissions process. If you’d like to join them submit your film.