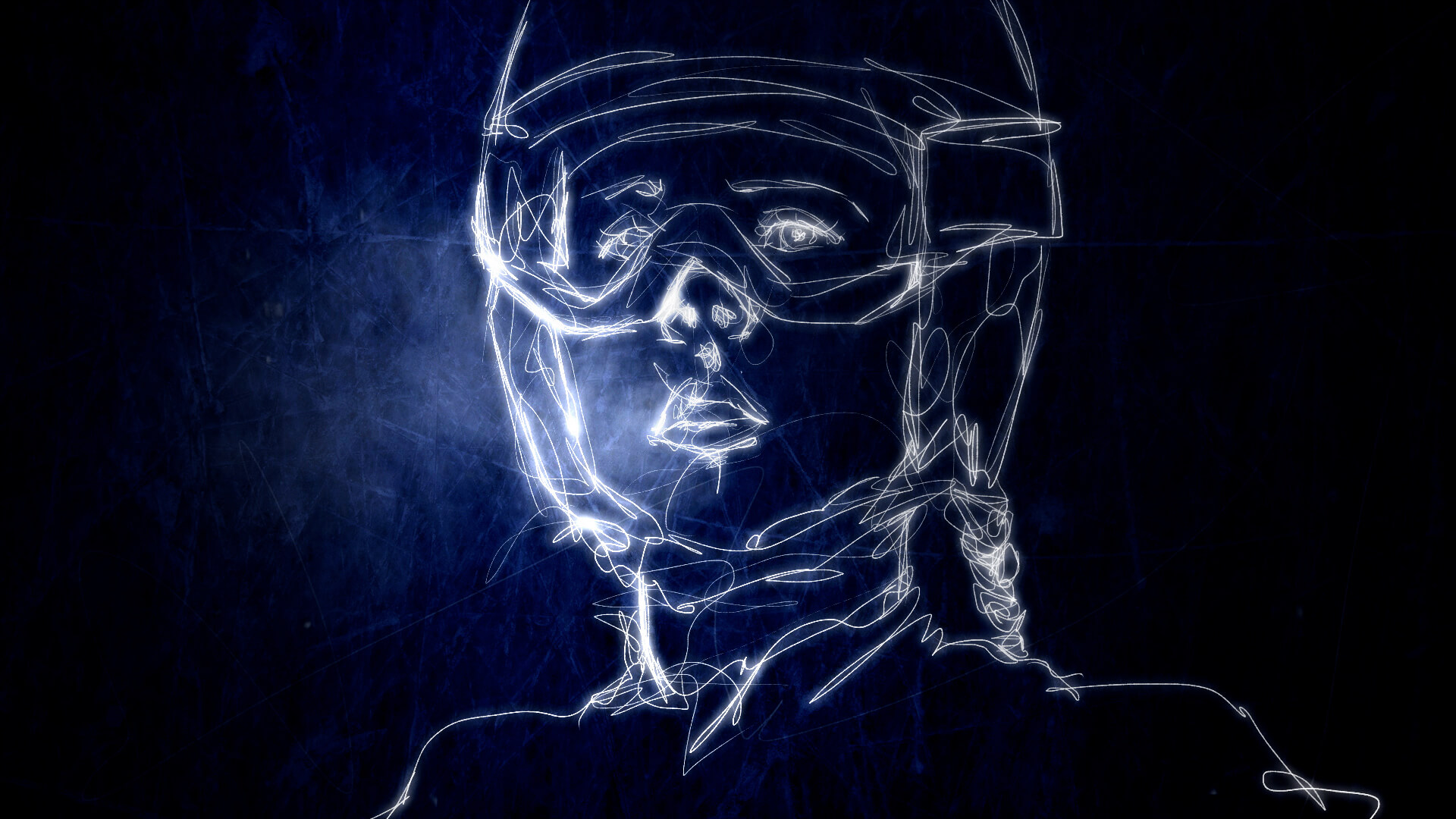 A great summer of sport filled with the 2020 Japan Olympics and Euro 2020 was simply not to be. Thanks to coronavirus, these great moments of communal spirit have been sorely missed. This tragedy left multi-DN alum and regular contributor Serafima Serafimova pining for the frosty athleticism of the Winter event which won’t appear on our screens for another two years. And so her latest short Freeze Frame, once again making use of rotoscoping techniques, plunges the viewer directly into the sweeping motion of snow and ice-based sports. We talked to her about missing live events, finding the right clips to animate and recreating that sense of watching the Olympics on the TV.

Have you always been a fan of the Winter Olympics?

The Winter Olympics were a massive part of growing up. They were huge in my family. In the summer there’s more to do as a kid. I would always be out playing. Whereas in the winter, there’s nothing else to do apart from being cooped up with your family. It was just always on TV, and it reminds me of really lovely, happy times spent together with the whole family admiring these amazing athletes. As a kid they just seemed almost superhuman. Now I’ve grown to associate it with that feeling of comfort.

Why did you make the film now?

When the Summer Olympics was cancelled, I asked myself: “When are the Winter Olympics?” I found out it’s in 2022 and was like: “For fucks sake!” I thought that even though it makes no sense to do the project now, I just needed to. I wanted to bring a little bit of that happiness, joy and magic I had growing up. Now is a bit of a difficult time for everyone, and as winter comes, and with it fear for everything that’s going on around the world, it seemed like the right project to do.

How was the working process as compared to your recent lockdown dance short Still Life?

The difference between this and my last project is that I wasn’t on furlough. I had to do it around my full-time job as an editor. That was a lot more hands-on with longer hour days. I tend to get really into my work when I start personal projects. That’s basically all I can think of. As soon as I finished work for the day I would spend another two or three hours into the evening animating. Same thing in the morning before I started work: getting up at five or six in the morning and just animating.

I wanted the backgrounds to be like the surface of an ice rink, to be all about the snow and the ice and the splashes.

During lockdown there was no sports. Now they’ve returned but without the crowds. In your short there’s a lot of crowd noises and even an animated lens flare. Did you want your film to feel like we’re watching it live on TV?

Absolutely. The crowd sound effects were very important at the start and at the end because I find it so strange there are no spectators now. Especially when I watch football matches, it still catches me even though it’s been happening for so many months. When they try and recreate the appropriate crowd noises on TV it never quite works. Of course, it’s not such a massive price to pay for sports being back but they are a huge part, so the sound effects are key. I wanted them to be super loud to get that atmosphere and the feeling that you’re a part of that excitement. Because without the crowd it’s almost like a non-event.

It feels like the frame of the film itself is made of ice, with all your characters able to interact with it in some way. Was this a crucial part of the animation process?

Yes. That was one of the first design decisions that I made. I wanted the backgrounds to be like the surface of an ice rink, to be all about the snow and the ice and the splashes. It had to be dark but illuminated, to make it visually quite different from Still Life, even though I treat them like two of the same series. The first one was about dance and human closeness whereas this was about the energy and the atmosphere that you get from the Olympics which I think is so unique.

During the Olympics, you can switch between sports with ease and in your short there are seamless transitions between characters. How did you work to make it feel like one continuous movement?

It’s always been important to me to make these transitions as smooth and as well executed as possible. I think this one worked the best so far of the things I’ve done because I spent the longest time in the edit. It was really important to bring this sense of magic, this experience of watching it like it almost happens in the blink of an eye. The way I did that was by ploughing through thousands of videos on YouTube of previous Olympic years and athletes then shot matching them as best as I could. It was important to include all sports in the animation: there are thirty-three in total, although quite a few are under the skiing umbrella. There was a lot of experimenting and cutting and going back and forth in the edit until I was sure it flowed smoothly. Then once I started animating, I changed some transitions that didn’t translate well into animation. I had to go back in the edit and think of a different shot that worked better.

It was really important to bring this sense of magic, this experience of watching it like it almost happens in the blink of an eye.

Which of these sports is your favourite?

I have to say, ever since I was a little girl, I found figure skating mind-blowing. It was always on in our house. Even if no one was watching TV, figure skating was just on in the background. It used to just blow my mind. Especially the women. That’s what’s tattooed on my brain. Just these amazing women doing these insane things in the air on ice skates. The ski jump is another one. I’m also afraid of heights, so I always think: how do they do it, the very first time they make that jump? How do they go through the psychological process?