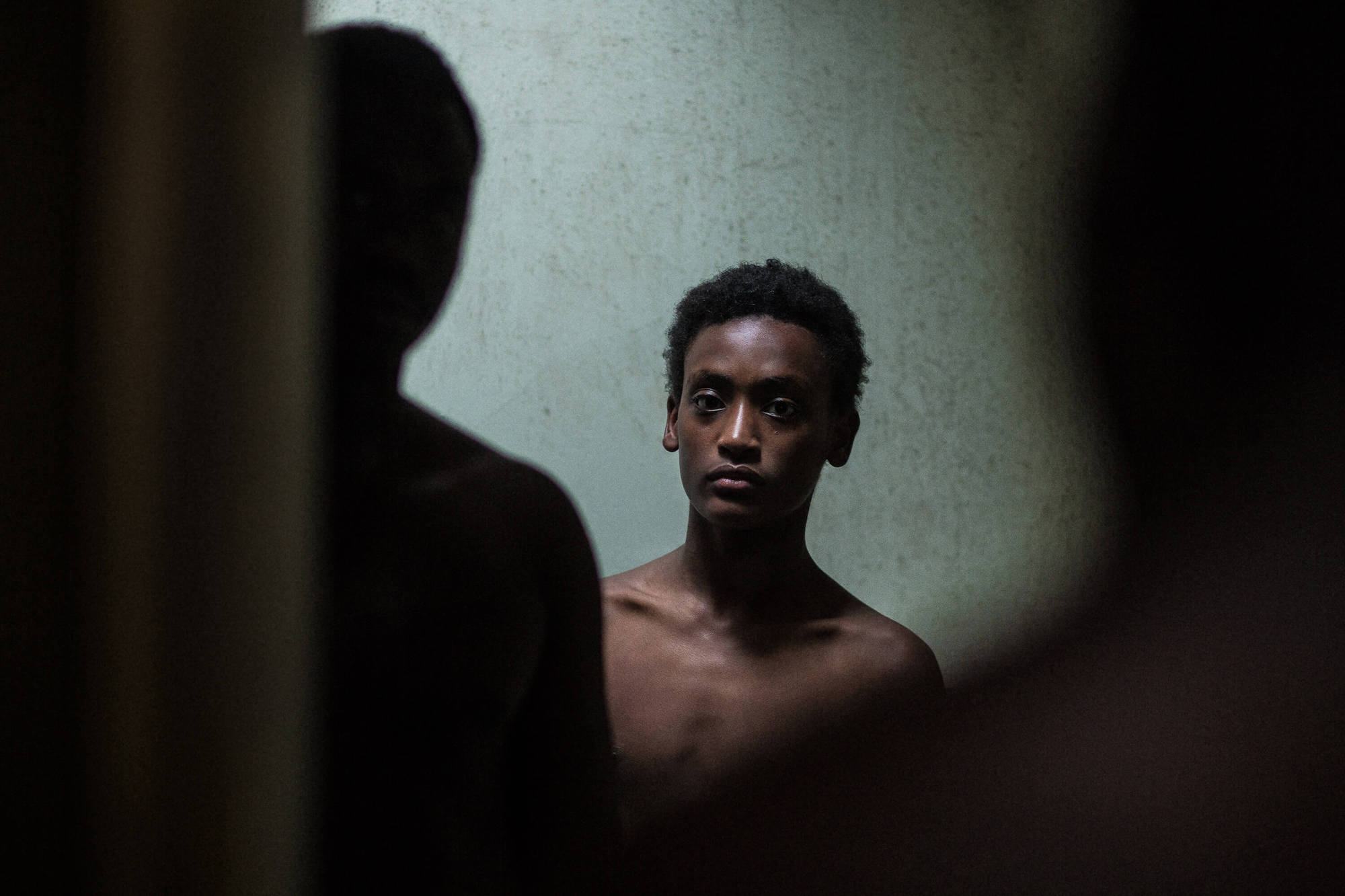 One day the bugs appear, creating a loud humming noise that makes all the neighbors complain. Around the same time, Yared’s father asks him to stop calling him “Dad”. Filmed on 16mm Kodak, All These Creatures is a gorgeous, immersive and enigmatic look at father-son relationships, pinpointing that exact moment in time one can understand their parents for who they really are. We talked to Australian Director Charles Williams about creating the right atmosphere for the film, working on his character’s backstories and the short’s Cannes success.

What made you want to tell this story?

I always wanted to make a film that conveyed the experience of growing up under a violent or volatile parent in a way that didn’t feel one-note or ham-fisted. So, trying to find something that showed the subtle reverberations of what that is and how it affects your sense of self. It was just after my daughter was born, and I was thinking about how we reevaluate our memories about our parents as we get older; how we kind of humanise them as the years go on. I think it’s important to not mythologise them too much, to humanise them, see their own damage and separate yourself. That was what I was trying to articulate, which was pretty daunting really.

When did the concept of the creatures come about as a way to bring this theme to life?

When I was sitting down to write it, I was actively trying to find things that didn’t feel literal but would give a visceral sense of what I was trying to convey. This was one thing that felt auditory and all-consuming. I knew that if I was in the cinema, the feeling that would give was akin to what I was trying to give an audience. The noise the bugs would make felt like the right colour to bring about a certain feeling that I wanted. 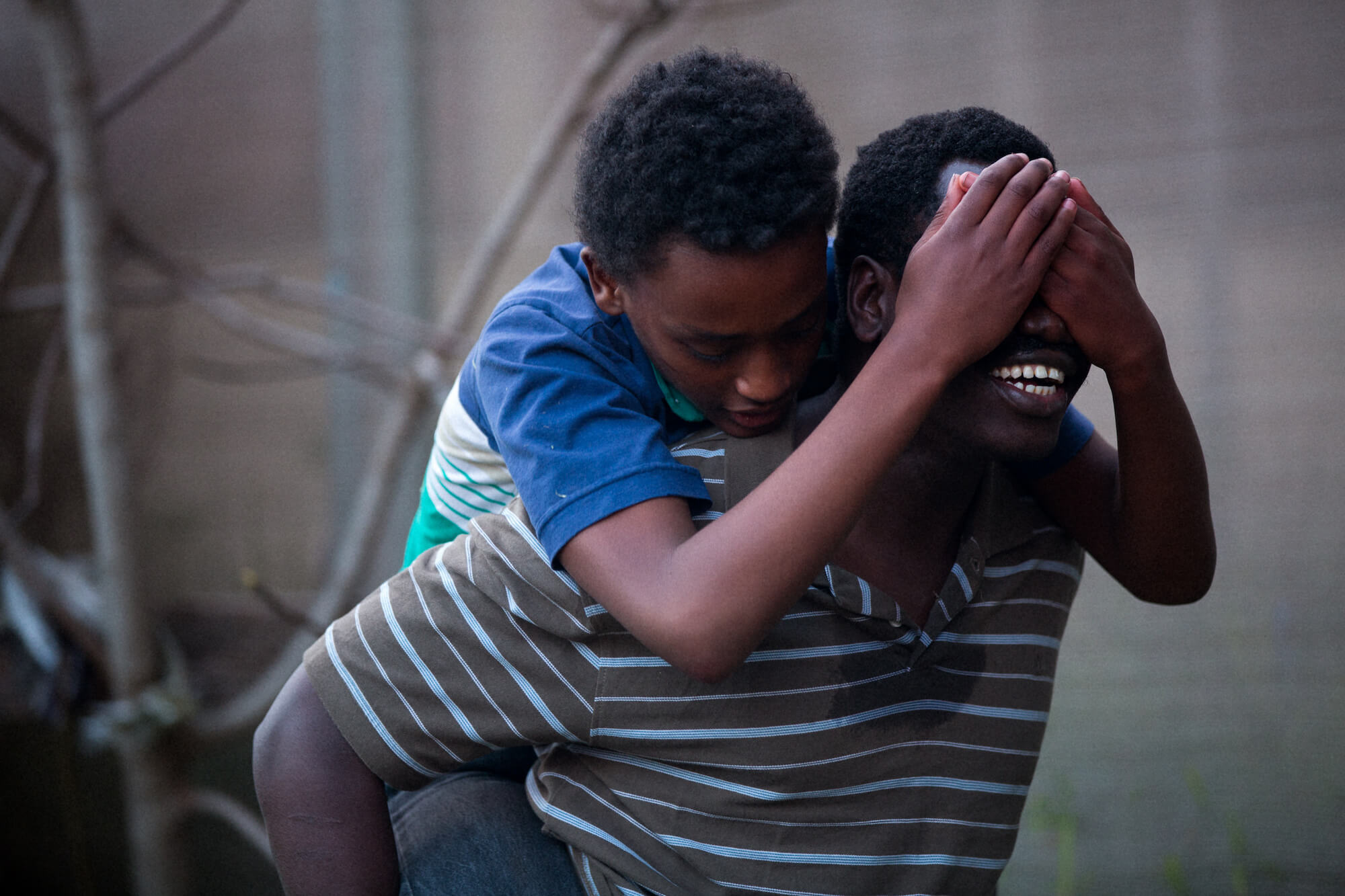 I think the cicadas really do that. Their humming gets people into the mood of the film through sound.

Yeah. I was thinking about sound a lot when I was writing it. For every scene I thought: “What’s something in terms of sound design that will bring this to life?” Because the movie could be a bit didactic if I wasn’t careful. I was really going: “What’s the cinematic way to do this?” For example, when the dad picks them up in the car, it has a broken window with a bag taped over it. I was riding in a car a few months earlier when that was the case and thought it would be a good thing to put in a scene.

It’s a small detail, but it can reveal a lot about how much someone really takes care of themselves!

That’s right. And the audio also shows where someone is at in their life. So it’s fun in those details with the cicadas, and also the coffee the mother makes, and all those other little things I was trying to find to make the film feel visceral and immersive, and not too intellectual.

For every scene I thought: “What’s something in terms of sound design that will bring this to life?”.

The coffee mug seems to be specifically from Ethiopia, as are your characters. I read that you rewrote your film around the lead to make the family come from that background. What was the challenge of doing that as a white director?

It wasn’t something that I did with any design beforehand. I’d written the film already, and it was really about not cutting off my casting possibilities. Does the actor need to look like me, or have my gender? No. Not in this film. Especially with the specific nature I needed for someone so young. I was like: “Let’s look at everybody, find the person that conveys this the best, then I can rewrite it around whoever that is.” Yared came in and he has an Ethiopian-Australian background. I wanted to go with him, and I thought: “I’m not not going to have him be the lead because he didn’t look like me”. The economic background of the character didn’t change which was more significant for this film. 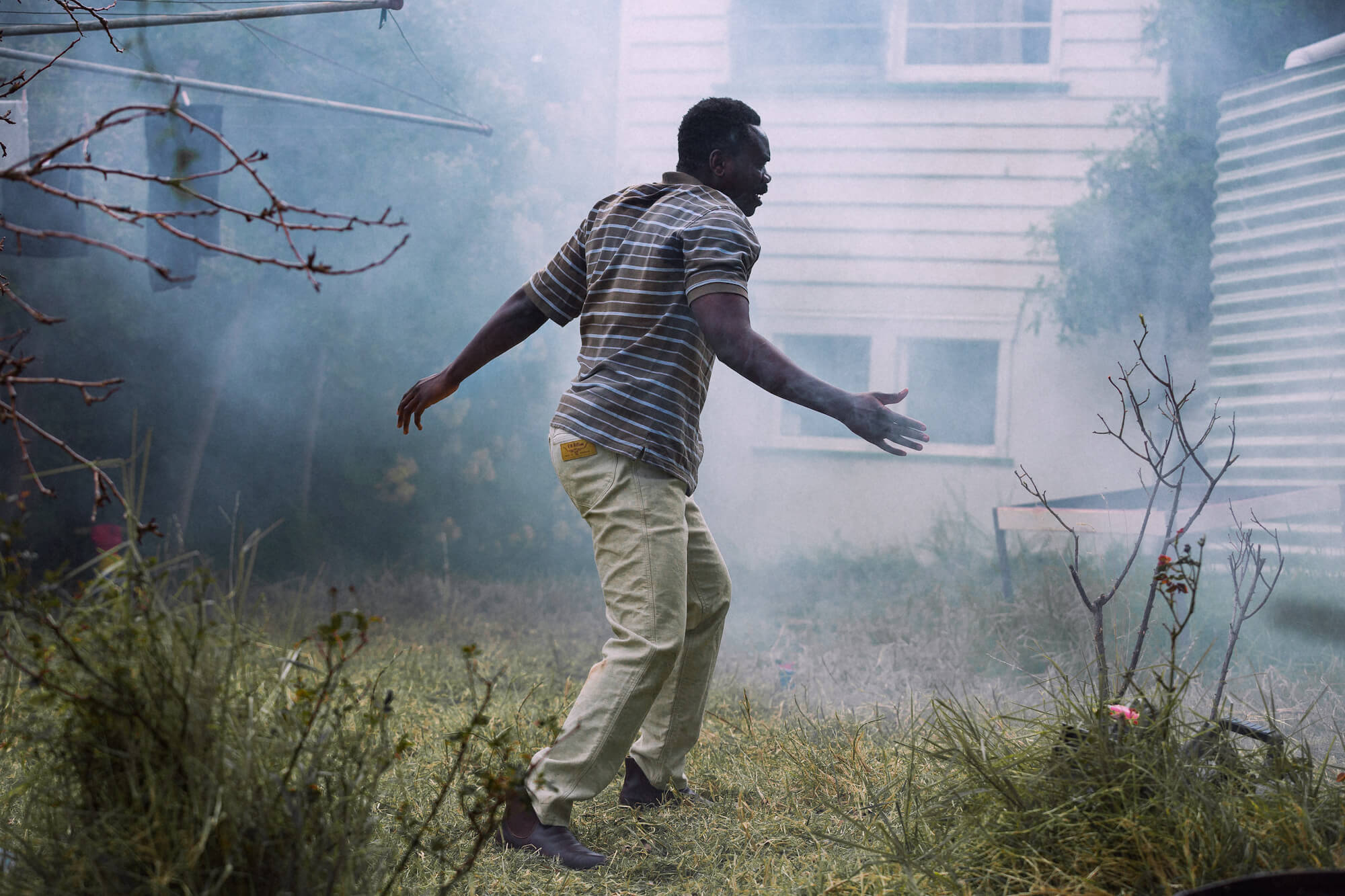 I brought four different Ethiopian-Australian advisors on board, as Yared himself is not really aware of Ethiopian culture so much. We brought a specific background to the family which was true to what I’d written. The advisors were very supportive and said to me that they thought it was already uniquely Ethiopian. So I’d hit upon something that people thought was about them, and that was a great vote of confidence. There weren’t major aspects of the story that needed to be changed, it was more about the details, such as the coffee pot.

Talking about details, I felt a kind of iceberg effect here, where there’s a lot of things present in the film that one can feel but aren’t overtly expressed. Did you do a lot of detailed biographies ahead of filming?

Yeah. That’s a great way to put it. I realised that there’s no way to fake that; you have to build the iceberg eighty percent under the water. You can’t just allude to something you haven’t built. When I watch short films, you often feel like characters are only existing inside the frame. So we built a lot of stuff outside the frame, rehearsing other scenes that were part of the world, and adding more to the characters’ backstories. I had the father and mother write love letters to each other for weeks as well about the earlier part of their relationship. That was hugely influential as well. Unfortunately, it’s a lot of work but I think it makes what you do so much richer.

The film is about perspective, told from the viewpoint of the young lad. The voiceover doesn’t just describe what’s on the page but fills in the blanks, creating a nice contrast between what he tells us and what we see. How important was it for you to get the voiceover right?

I think voiceover is the hardest thing. I’m incorporating it into the feature I’ve been writing and it’s by far the hardest element to get right. Too far one way you’re being redundant, too far the other way you’re being too poetic. It can ruin a film so quickly. I was very worried when I was writing. I didn’t want to write voiceover for the film but it was the only way I could feel that this could be done well. But getting it right is about balancing the emotional perspective. In the end, I couldn’t quite get what I wanted with the actor in the film, so I found another young actor who I felt had the right voice to say the words.

You have to build the iceberg eighty percent under the water.

For me, the narration felt like a diary entry. It’s not too polished which works really well. Did you work on delivery?

Yeah. I had done the guide track for it and found this kid who had never done anything like this before. The voice comes directly from this part of yourself, especially when it’s voiceover. You’re really hearing someone’s emotions and it’s difficult to fake that. I needed a kid whose voice had the right brokenness to it. At first, I thought I’d just let him do it his way and be hands-off as a director. But by the end, I was getting him to lie down to say this line, or standing up to say that line, as I needed it to tumble out in a certain way. It’s a tricky one to get right.

Let’s talk about the bugs themselves? Did you ship them in or was it done through CGI?

They were all real. At one stage we shipped some live cicadas to Queensland, and by the time we got them to set they had expired. But as there were so many disasters involved in making the movie, that was only a very minor one. Yet the cicadas he’s holding are the exoskeletons; I liked that idea anyway, that there were these exoskeletons left in the backyard instead of seeing them jump. The other bugs we see are grasshoppers, which you could buy hundreds of in a bag quite cheaply. Then we got frogs from a frog handler on set — seriously, a ‘frog’ handler — and a dog from a dog wrangler. It was a challenging film to make, especially as we had no real budget. We were shooting on Kodak film and dealing with all these different elements, like quite literally chasing frogs around a backyard. You shouldn’t work with bugs and frogs if you can afford it!

Getting it right is about balancing the emotional perspective.

The film won the Palme d’Or in Cannes 2018. What’s it like to have so much buzz for your short film?

I don’t have a profound answer really but it’s everything I hoped for really. I worked so hard trying to get this film right and you never really know what you’ve got. So just to receive the call from Cannes that they accepted it! I think the difference between making the film and it being accepted into Cannes was just so unbelievable, it was ‘almost’ the difference between being in Cannes and winning the Palme d’Or. I got this beautiful call from one of the selectors. He said: “This is the only film we do not talk about.” I asked what he meant. “Usually we argue and say this film cannot be in, but everybody said your film must go in.” It was like being on cloud nine to have someone care so much about your film.