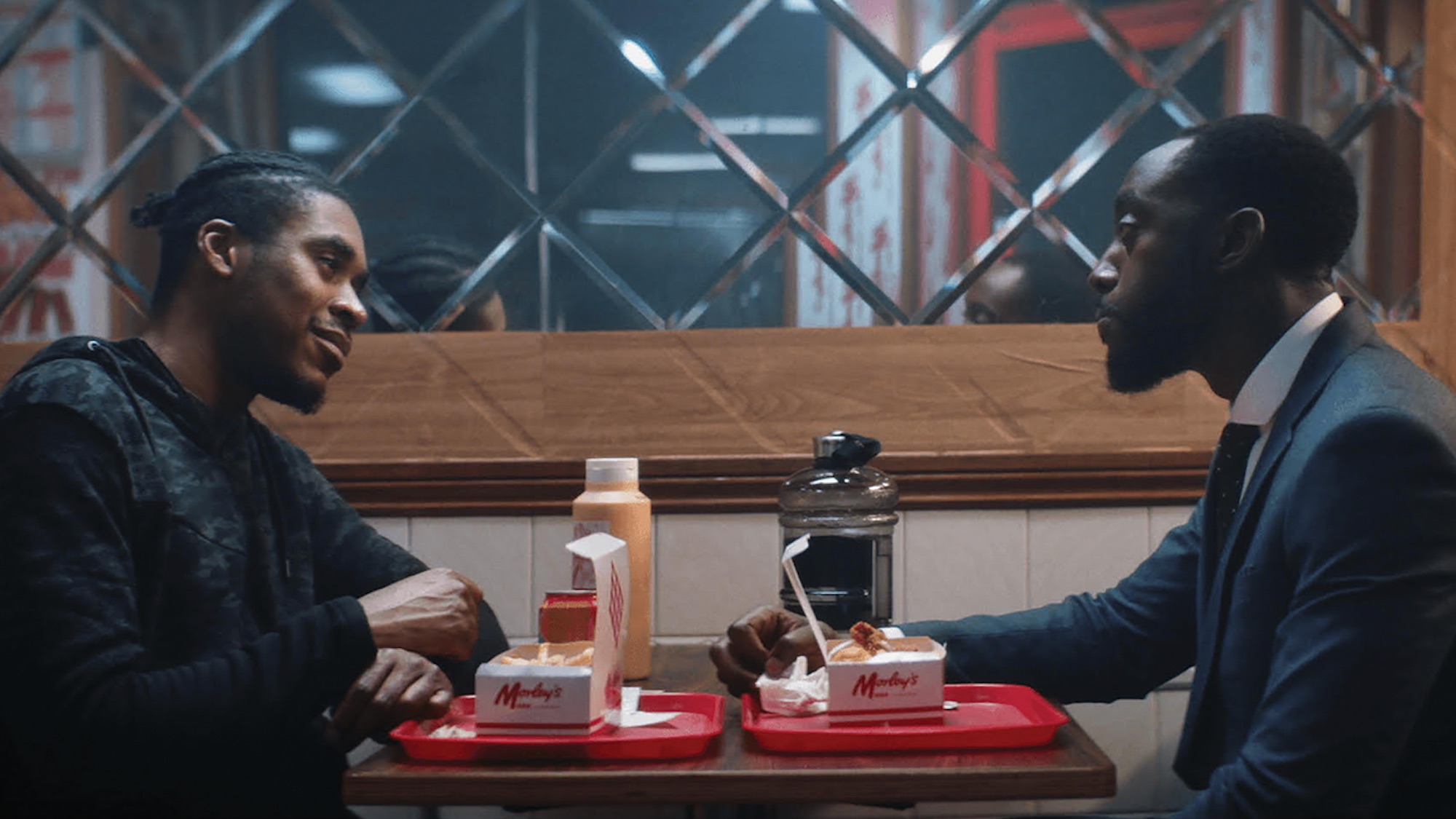 …and thus concludes what’ll likely be the last film festival of 2020 for myself. As mentioned before, the adapting prowess to online formats that festival teams have displayed over the last few months has been inspiring, to say the least. The team over at Aesthetica Short Film Festival have been no different. It’s a festival which prides itself on showcasing the best in future film talent and the selection on offer at this year’s virtual festival has been as a strong as ever. As the virtual festival runs this year for almost the entire month of November, we wanted to offer a taster of the best work to check out before the festival closes its digital curtains. So, once you‘ve given this a read, head over to their pages and watch our recommendations (along with the rest of the 300 film strong programme) in all their glory!

The first film on this list is Andrew Rutter’s Knock Door Run, which was the first film I caught at the festival. Within thirty seconds of its beginning I was already laughing loudly at the social awkwardness of his protagonist Matthew. Matthew is under peer pressure from his friends who encourage him to take drugs and play a seemingly harmless game of Knock, Door, Run. Upon, awkwardly encountering the gentleman of a house he knocks on, Matthew’s uncomfortably polite response accidentally leads him in for an evening he’ll never forget. Ridiculous fun to kick off the festivities with two brilliantly comical performances from Daniel Lipton and John Sugden.

A heartbreaking animation about the subjugation of a young black man who is on the rise to success. Over the course of six minutes, Naomi Soneye-Thomas takes us through several key milestones in this young man’s life, confronting the racial profiling that accompanies him on his journey. Soneye-Thomas’ animation begins full of life and colour, which is met quickly with a deep coldness upon the fatal interactions. Despite its brief length, Losing Pace becomes a rollercoaster of emotion with plenty of poignant and alarming actions that have become all too familiar.

Well, hello Connell. Paul Mescal, star of Normal People (check out our illuminating conversation with director Lenny Abrahamson) and one of 2020’s most exciting new acting talents, makes a surprise appearance at Aesthetica this year as part of Patrick McGivney and Robert Higgins Irish drama Drifting. A story which finds itself at the end of an era of friendship. Two young men are heading in opposite directions. One likes where he is, his town, his people. The other is heading across the world to travel. McGivney and Higgins use this territory to explore repressed masculinity between friends, with both Mescal and Dafhyd Flynn turning in gripping and nuanced performances.

Vesely’s short was part of Aesthetica’s comedy programme, which was operating at an exceptionally high standard this year. A lineup which included Shuttlecock, a highlight of ours from LFF last month. System Error tells the story of an alternate future where robots have taken everyday jobs, and follows George, a service unit robot who works in a convenient store. George is longing for human connection and friendship. When George hits a spark with one particular customer, he makes it his goal to connect with him in any way he can. A humble and heartwarming short with a really wry sense of humour. I could have easily picked anything from this programme to highlight but System Error is the one that’s stuck with me.

An impressive tale of friendship, nostalgia and the importance of place. No More Wings tells the story of two lifelong friends reuniting in their favourite childhood chicken shop as they converse over where life has taken them. Abraham Adeyemi utilises dual timelines to show who these people are and who they were, their similarities and differences, and how time has affected each of them and the principles they have come to pride themselves on. Almost like a short version of My Dinner with Andre set inside a south London chicken shop. Subtle and smart.

Wilkinson’s animation is a short, sharp and noirish take on lockdown. We follow a gentleman as he leaves his house to go to the shop and replenish his resources. Wilkinson details this venture in a monochrome palette, with a sombre and pulsating electronic score giving the short a Blade Runner-esque tone. It’s a short about a world lacking in human interaction where emotional fragility is externalised in our environments. A succinct encapsulation of a tumultuous year.

Echoing the fight for survival thematic grounding of recent doc short The Beekeeper, A Simple Life sees a small Greek fishing village struggling to resist vast remodelling under incoming capitalist development, as the government looks to build a tourist town over their land. Papadogeorgou and Pittman’s film centres on Gioula, the owner of an olive farm. She guides the viewer around the village stating the importance of nature with our connection to heritage but also provides economical evidence of the lacking sustainability of the potential gold course. A striking documentary which forms an important and well-balanced argument.

Another documentary, ZEF from Jessica Barclay Lawton (who joined us back in 2016 with tender tale of love, loss and… car trouble We Keep on Dancing ) follows a 21-year-old environmentalist, non-binary free spirit named Zef. Shot with a succinct slowness, Lawton’s doc is a calm and collected portrait of a person. As Zef skates through the streets of their town, or works as a skimpy bar worker, we see the small moments of their life amplified through Lawton’s lens. A minimalistic account of humanity’s desire for intimacy.

Shot in a single take is Daniel Daniel’s Sauce. As a couple head towards a drive-through takeaway they question what they like to have on the menu and, in doing so, they end up questioning what they mean to each other. The crux of their relationship is built on the fact that one of them is monogamous and the other polyamorous. The film deals with two very clear points of view, allowing the audience to think about their own relationship to monogamy. Daniel Daniel’s laid back and strategic direction lets the actors do the talking in what is a story about how certain thoughts bubbling under the surface can arise at any moment.

The last film in our list from Aesthetica 2020 is Ben Hector’s short drama 22. Anna Matthews. I spoke to Ben about his previous short Jo where he established his interest in difficult human and emotional moments, and his latest short is no different. It follows an actress who during an audition for a TV commercial unearths some emotional trauma. What makes Hector’s short so interesting is how withdrawn he decides to take the story. He doesn’t reveal what specifically is going on with his protagonist, instead leaving that decision up to the viewer. An impressive step forward for the young director, and a lovely way to round out the festival. Excited to see what he makes next.