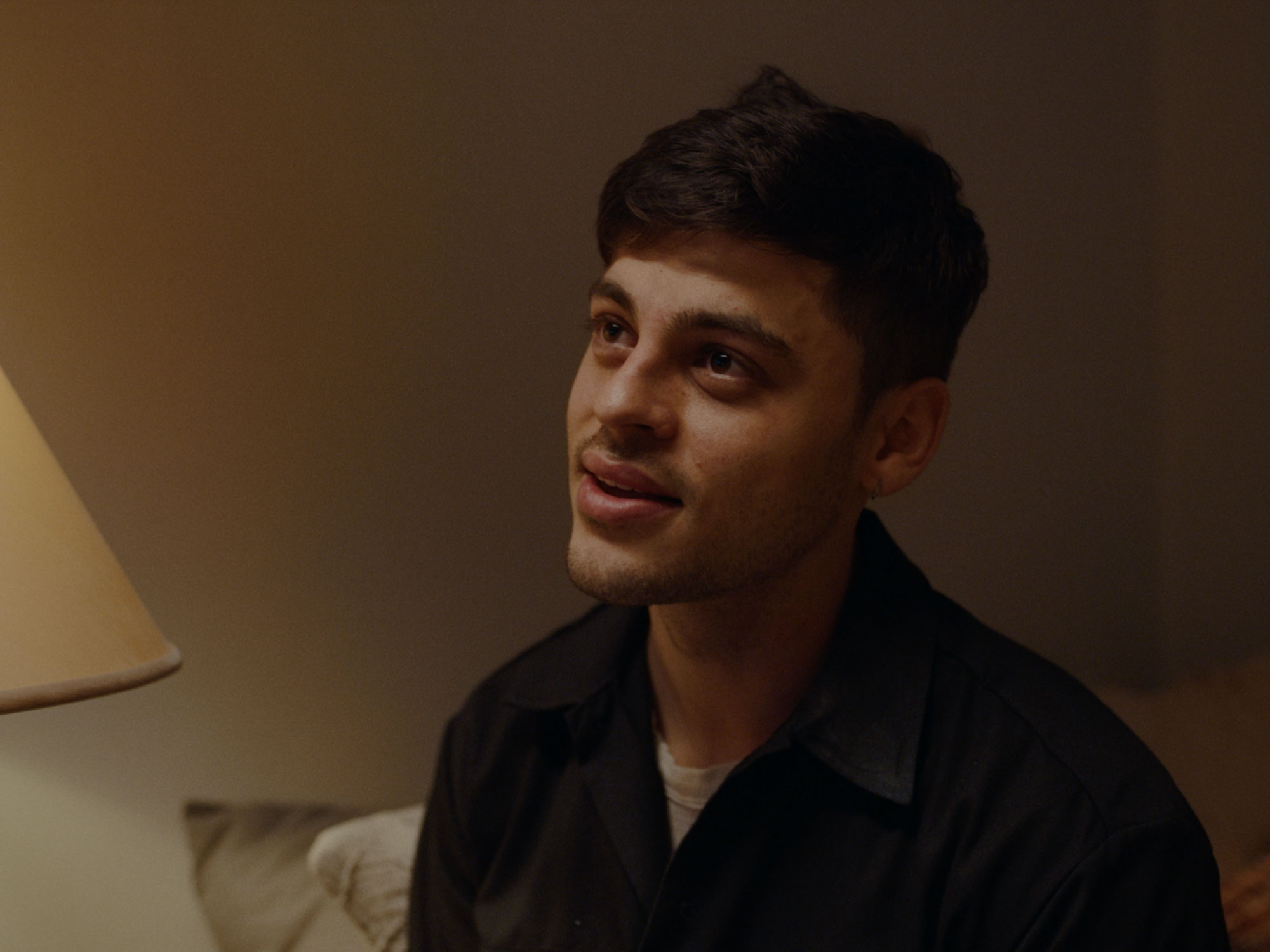 Andree Ljutica’s short How to Say I Love You at Night is a simmering potboiler that explores notions of male on male intimacy, sexuality and violence. Told in a single sixteen minute take, the story between the two men unravels in real time and evolves into an uncomfortable yet utterly gripping exchange of rebuttals. Ljutica’s loose yet precise direction allows the film to play like theatre as opposed to a traditionally-constructed short, giving his actors the space to fully embody their characters. We spoke to the New York based director about creating this tense story, finding the perfect shooting rhythm, and the real-life interaction that inspired its inception.

What did you draw from when creating the story for How To Say I Love You At Night?

The story was inspired by a rather harrowing real-life occurrence, graciously shared with me by a friend. While I’m often attracted to strange occurrences where nothing really happens aside from stoke discomfort, something was different about this one. It stuck. For weeks in fact I found myself thinking about the peculiar nature of this interaction. And for my friend, the experience incited some latent anxieties, which years later still exist.

What was it specifically you took from hearing about that encounter that made you want to translate it into a film?

First, I was struck by the notion that though nothing dramatic really ‘happened’, per se, the experience induced a pervasive sense of unease. Something about the anxiety, the terror of the unknown in another, the unfamiliar surreality of his experience was all rendered deeply cinematic in my mind. Of course, what also presented itself was the notion of the events that play in our heads and how trauma can compromise memory. The more my friend recounted the experience, the less trusting he was of his own memory and we began to consider the degree to which his fear of this other person portended what actually happened.

I wanted to make sure the film had a rhythm or musicality in the movement that made up for anything we might have done in a more traditional approach.

But what did actually happen in his room? What notions of this stranger was he harbouring that would provoke such terror? Of course, once this person revealed that he was homeless, using the apps to find temporary shelter, morality made an interesting interplay with his more immediate fight-or-flight responses to this person’s aggression.

I really enjoyed how much goes unspoken in the film and the way it deals with how people like to present themselves in these situations, to people who are effectively strangers.

The cautions of borrowing someone else’s story notwithstanding, there seemed enough in the telling of this experience to craft characters and develop a robust thesis on our various responses to people we don’t actually know, but with whom we’re trying to create intimacy. And as I soon found out, in our era of the sharing economy, where we’re all in a regular state of having to trust strangers for rides, with their homes and so on, that so many people identified with this experience. It wasn’t at all meant to be a cautionary tale, but I suppose it does strike a nerve. 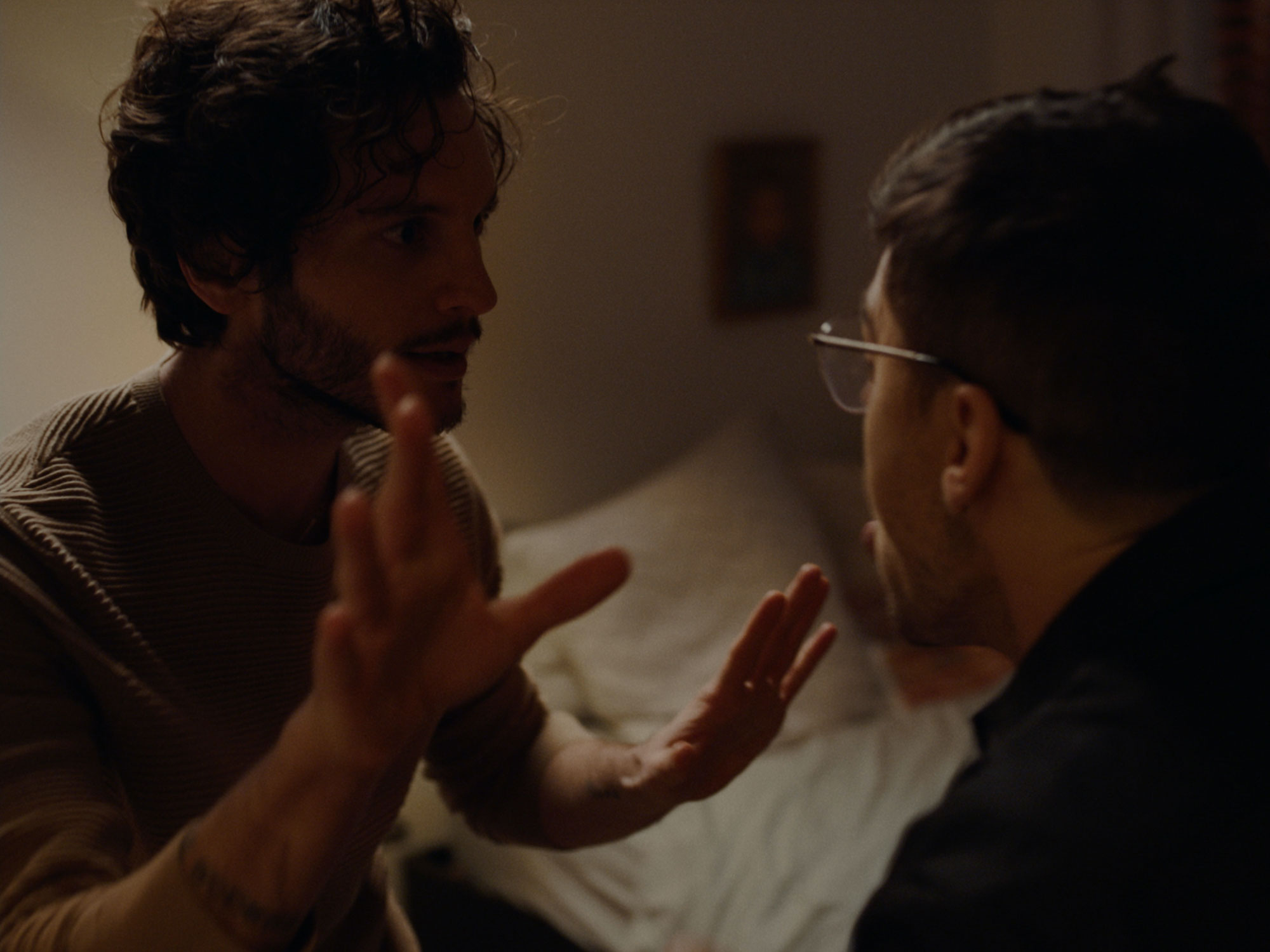 How did you find the rigours of delivering the story in a single shot?

Capturing the story in a single take was a new experience for most on set and while it was easy to become intimidated by its rigorous demands, in so many other ways, it was actually freeing. The biggest hurdle, for me at least, was around designing the visual experience and having to light for the entire story as opposed to crafting an individual shot, especially on our budget. This made creating variety and visual interest challenging. In response, I wanted to make sure the film had a rhythm or musicality in the movement that made up for anything we might have done in a more traditional approach. Knowing all of these challenges ahead of time, Max Kurzweil and I formed a team that we thought would roll with the punches.

Did you have much time to rehearse with your actors?

Working with Mat Vairo and Chris Petrovski felt like theatre as they were free to work continuously and without the restrictions of a more procedural shoot. Capturing the momentum of the story is always a benefit to any performer. Pre-production consisted of some really experimental rehearsals where the three of us really ‘found’ the characters and essentially co-wrote the script several times over, keeping the basic structure intact while being very impartial about everything else. Most of my pre-production effort was put toward working with Mat and Chris as I knew there wouldn’t be much room for correction on set and we put a mutual faith in one another that we’d ‘find it’ along the way.

So, it was a case of working with the actors to the point where you knew their movements enough to bring in the camera?

Once the camera was involved, it began to feel like a choreographed dance, one that highlighted and transferred the subjective experiences of the two character with a musicality that slowly grew louder and louder. Arseni Khachaturan was quick to note the benefit of shooting 4:3 and its impression on film time. We found that it moved the action along more quickly because of how much of the frame doesn’t feature. So, because of this, I think we were actually able to slow a lot of moments down and make this film feel like something between slow cinema and ramped up American indie stuff. Of course, this aspect ratio also worked well as it emphasised the uncomfortable intimacy in our two shots and amplified the emotion in our singles.

We shot digitally with killer a Panavision CF 35mm Primo set up and made the piece over the course of two nights. The first night was dedicated to pre-lighting and a camera rehearsal while the second was our only chance to capture the movie. This limited set up didn’t allow for much error and after we lost power late on the night of filming, I thought we might be done for. Our Gaffer Chad Dougherty performed a miracle and thanks to much exhaustive preparation, the setback actually pushed everyone into hyperdrive, where we walked away with two really strong takes, one of course being the final movie. 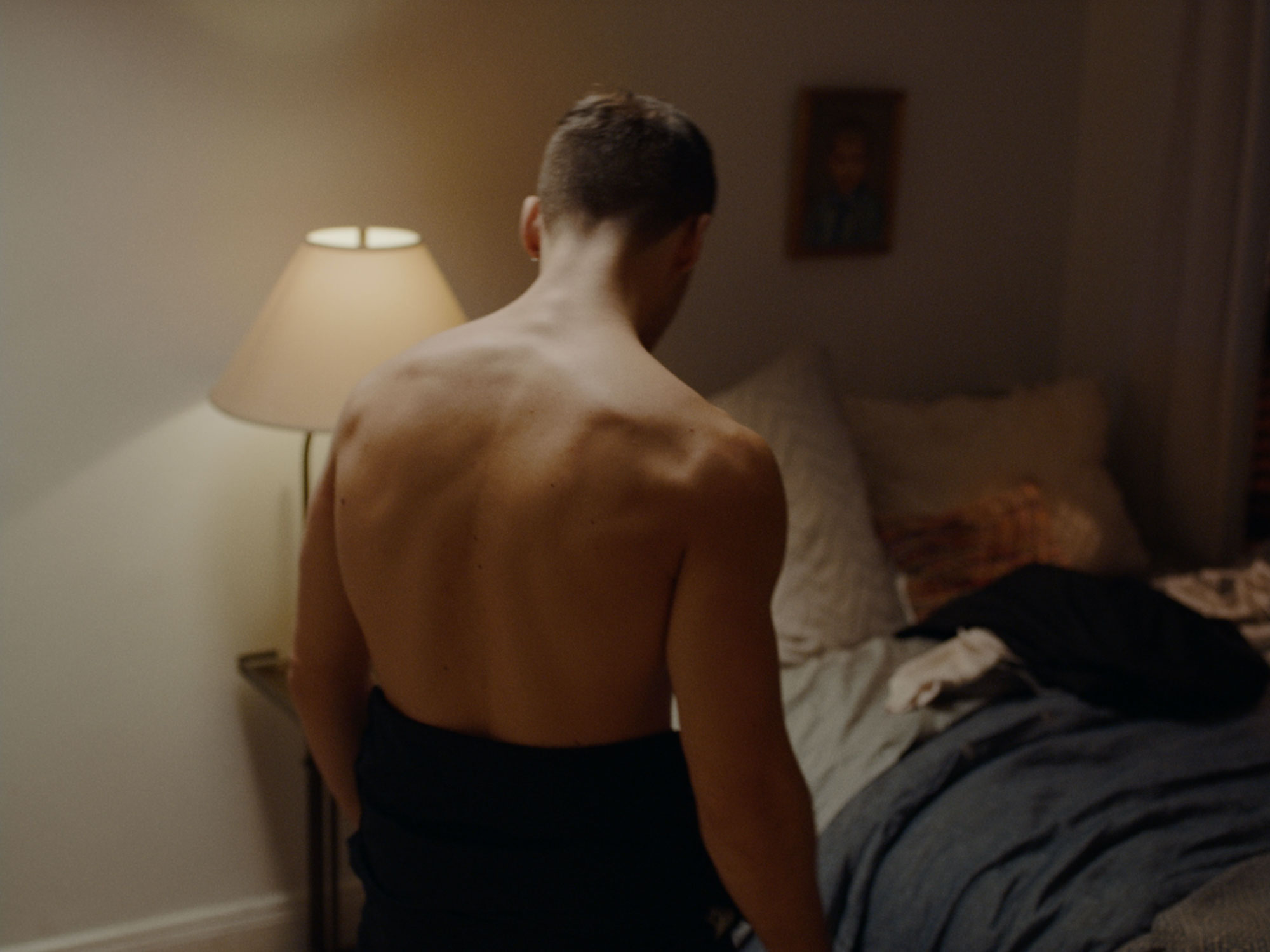 How did you find post-production on a single take short? Did that aid the edit?

The post process that I thought would be straightforward was actually quite exhaustive, mostly due to my own indecision in being faced with two final takes which were both strong, but in different ways. I ran an entire take which I initially thought was ‘the one’ through sound design, to only backtrack and put forward the less-technically perfect, though more tightly performed alternate take.

It wasn’t at all meant to be a cautionary tale but I suppose it does strike a nerve.

After landing on the ‘correct’ take, where I found the performances to have that undefined and hypnotic quality, we focused on creating a soundscape that leaned into the familiar late-night New York City sound cues of street noise, passers-by and ambulances. The Sound Designer Raphael Ajuelos and I actually created a track out of the sounds of a garbage truck loading trash which I asked to be heavily augmented. And the final mix by Eli Cohn I think skillfully negotiates all these weird floor creeks, bizarre garbage truck sounds, the pulsating ‘upstairs music’ by Augustus Muller, and the moments of much needed awkward silence. In terms of colour, Arseni and I wanted to create some contrast between our interior world and exterior one, where Benny’s indulgent and hedonistic world felt warm and inviting, while the exterior world felt cold and a bit more austere. This was nicely rendered by Josh Bohoskey.

Now you’ve had time to reflect, how do you feel about the short and what does the future look like for you?

From writing to distribution, the film took more than a year to complete and I couldn’t be more thrilled by the experience and the exposure it’s received. It makes me happy to learn that there is still an appetite for odd experimental movies like this one. And while we weren’t able to screen this with a live audience, the internet exposure and the many festivals that accepted us, are greatly appreciated.

How to Say I Love You at Night is one of the many great projects shared with the Directors Notes Programmers through our submissions process. If you’d like to join them submit your film.