Documentary can be a powerful form of personal catharsis. Through artistic articulation, we can seek to understand and convey difficult personal emotions and traumas – something Director Kieran Nolan Jones certainly achieves with his debut short Jelly Brain. Chronicling his family’s life in the aftermath of their mother’s devastating traumatic injury, Jelly Brain tells the story of their steady and ongoing recovery. Through intimate recounts and beautifully animated recreations, Jones has created an incredibly personal and moving work. DN is delighted to premiere Jelly Brain on our pages today, alongside a conversation with Jones in which we discover how he sought to convey the difficulty of his family’s experiences through a variety of filmic expressions and techniques.

You come from a background in horror, what brought you to tell this personal story?

I am primarily a horror and genre filmmaker but I have always loved the horror meets documentary subgenre. When Mum was initially released from hospital it was like there was a complete stranger in our home. As the days went on, it was clear her personality had become somewhat warped and that was incredibly unsettling and upsetting for me and my sister. I realised that true life horror is the horror which is closer to home, it’s the insidious illnesses or injuries which affect your loved ones which really get under your skin and scare you. The emotional maelstrom of first thinking my Mom was going to die, then watching the person who had brought me into this world and raised me become a different person was the most terrifying thing that had happened to me. So that got me thinking, could I tell my Mum’s deeply personal story whilst infusing a layer of emotive true life horror? That is how Jelly Brain was born.

Did that blend help form the stylistic choices behind the doc?

The aim was to intertwine the documentary genre with horror film sensibilities. Melding the sensitive subject matter with a haunting atmosphere and trying to strike the right tone between the unsettling with the emotional was very important to me. I also wanted the film to feel somewhat fractured as a metaphor for my Mum’s broken brain. Part of Mum’s injury is that she is forgetful and can get confused, even when she knows in her mind what she wants to say. So, I decided to incorporate animation into the film as a way of letting Mum express her feelings on screen in instances when her words failed her. 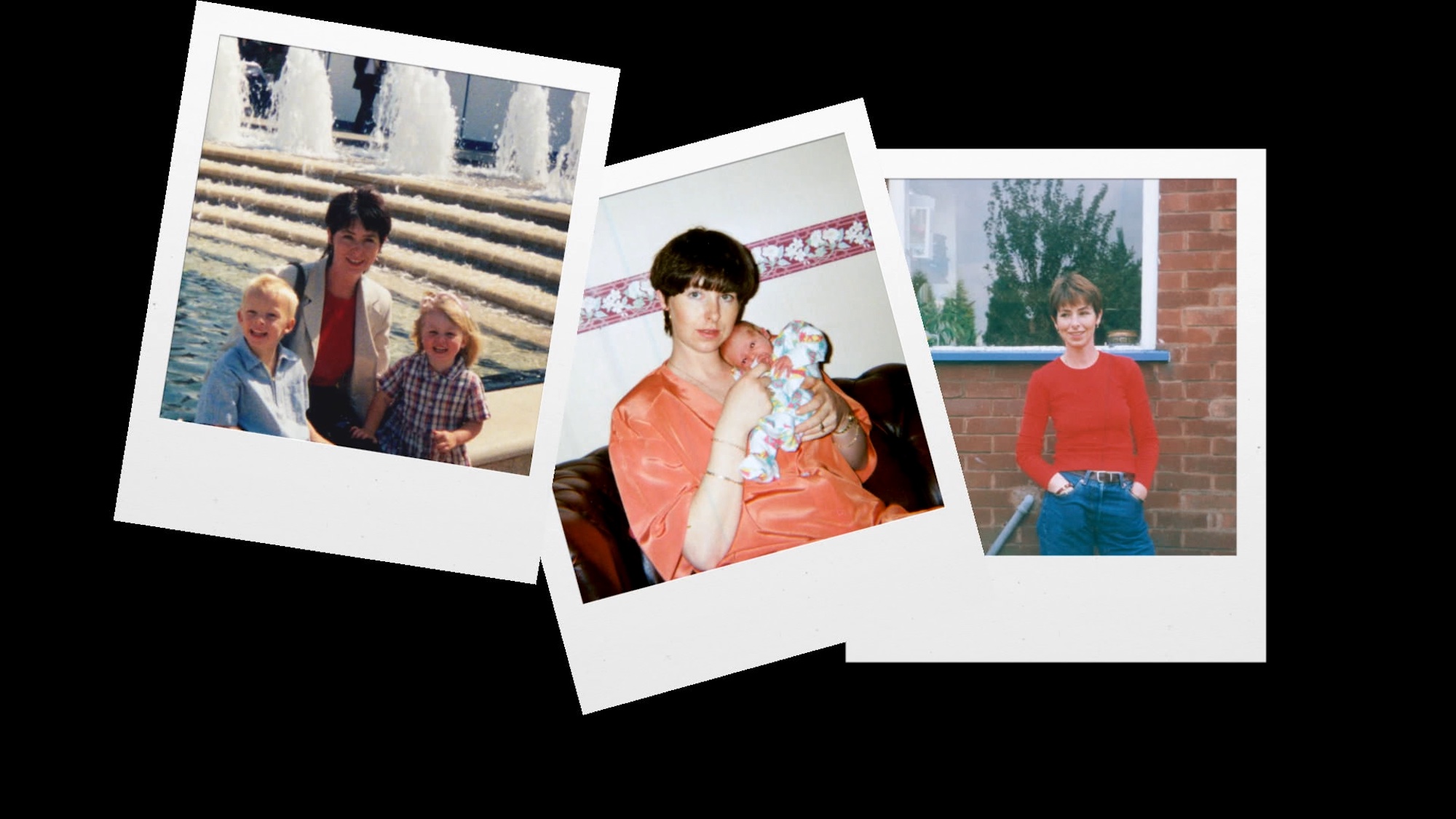 How did you approach Jelly Brain’s production and find your crew?

The film couldn’t have been made without the talent, creativity and generosity of my crew. We shot the interview sections of the film whilst I was studying at the National Film & Television School a few years back and that’s how I got most of my incredible crew for the film onboard. First I enlisted the brilliant documentary filmmaker Kate Stonehill to help shape the idea and co-produce the film.

The aim was to intertwine the documentary genre with horror film sensibilities. Melding the sensitive subject matter with a haunting atmosphere.

For the interviews, Bruno Grilo an amazing DoP friend of mine shot the interviews in black and white on an Arri Alexa Classic with Zeiss CP.2 lenses, allowing the animation sequences to pop with colour. Hugh Howlett our colourist really lifted the overall aesthetics of the film also. Adam Woodhams our sound designer really brought the film alive with a frantic soundscape and our composer Jo Paterson created such a haunting and beautiful score. Outside of film school I worked with an astonishing editor called Raluca Petre, who is actually now attending NFTS, who just got the tone of what I wanted to achieve immediately and created wonderful moments of confusion and emotion.

As you said, the animation is really key to conveying your mum’s thoughts and emotions to the audience. What guided the stylistic choices for those sections?

For the animation I wanted a surreal and raw style to bring Mum’s thoughts alive so I worked with the talented animator Harriet Francis Croucher. Animation is often viewed as medium steeped in the fantastical but actually, it is the perfect tool for documentary film, in its ability to render the human psyche in visual form. Subjective experiences can be described in ways that live-action filmmaking can not.

For Jelly Brain, Harriet used inverted, saturated colours and various mark making techniques to describe the anxiety and loneliness that comes with brain trauma. Harriet used a mix of pixilation, rotoscope and traditional hand drawn animation, composited in After Effects. Harriet spoke about using rotoscope to add an element of the uncanny to create sequences that feel uncomfortable: that have a sense that events, though grounded in the real world, are ‘not quite right’. She then used watercolour, charcoal, and pencil to exaggerate the animated ‘boil’ effect and add an element of anxiety. Though the animated sequences are not necessarily literal interpretations of events, they are a means to capture a feeling, an emotional state or a sense of terror.

The process was incredibly cathartic and I truly believe that making this film was an exorcism of sorts.

Did the animation complicate the film’s post-production?

We shot the interviews in a day but post-production took two years. Our animation style was so varied and created beautifully but painstakingly by our sole animator Harriet, this took a long time but in a way, this was a blessing as my editor Raluca and I were continuously working on crafting and shaping the edit during this time. 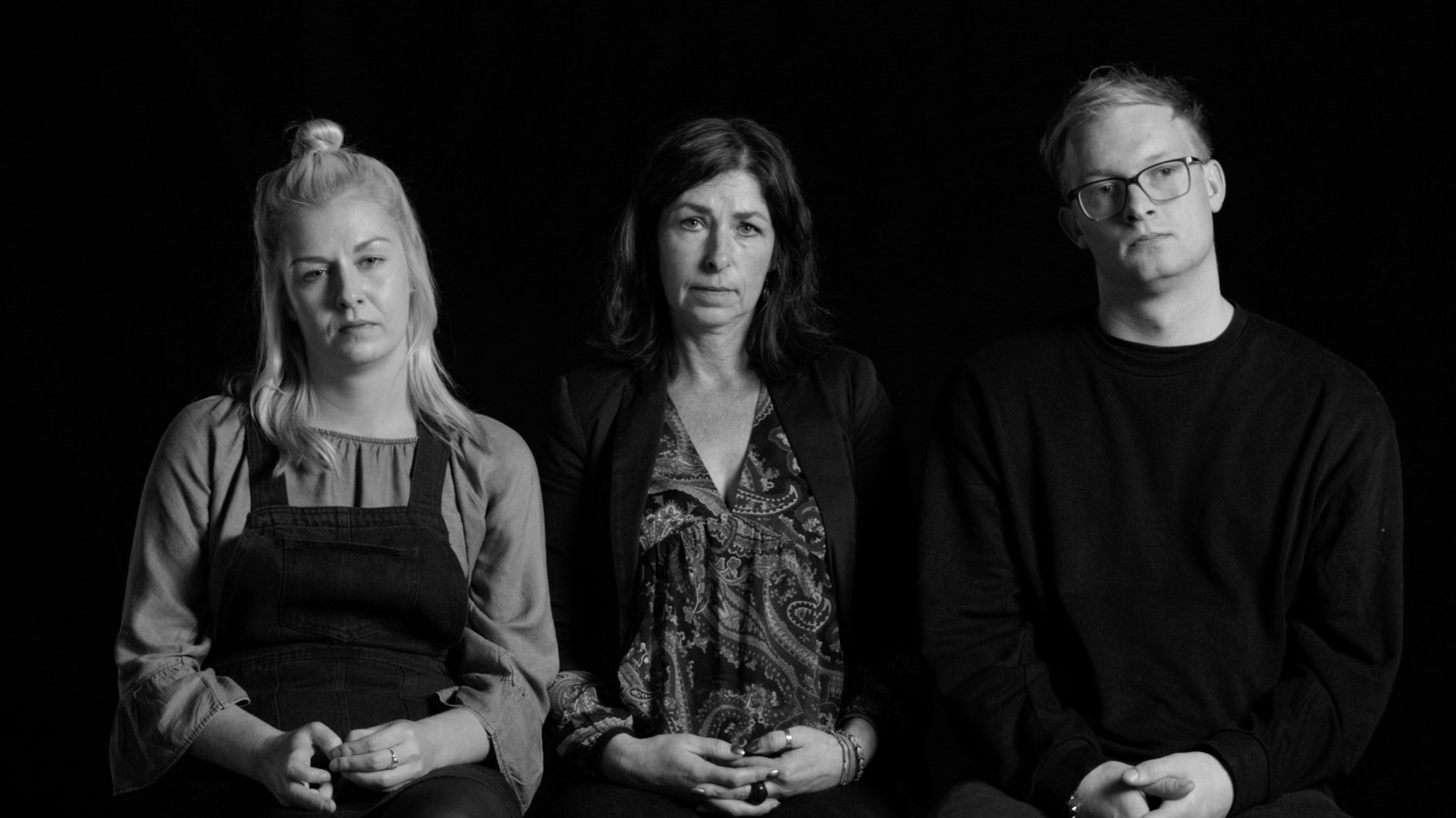 Did you find the process in creating Jelly Brain cathartic?

This is my first film as a director and I loved making it and telling my family’s story. The process was incredibly cathartic and I truly believe that making this film was an exorcism of sorts. An exorcism of all the rage, heartache and love I have for my Mom, sister and awful situation we found ourselves in, all twisting together on screen. Like Jelly Brain, I think any film I direct in the future potentially will be an exercise in confronting the spectres and demons of my darkest fears. Each their own mini exorcism.