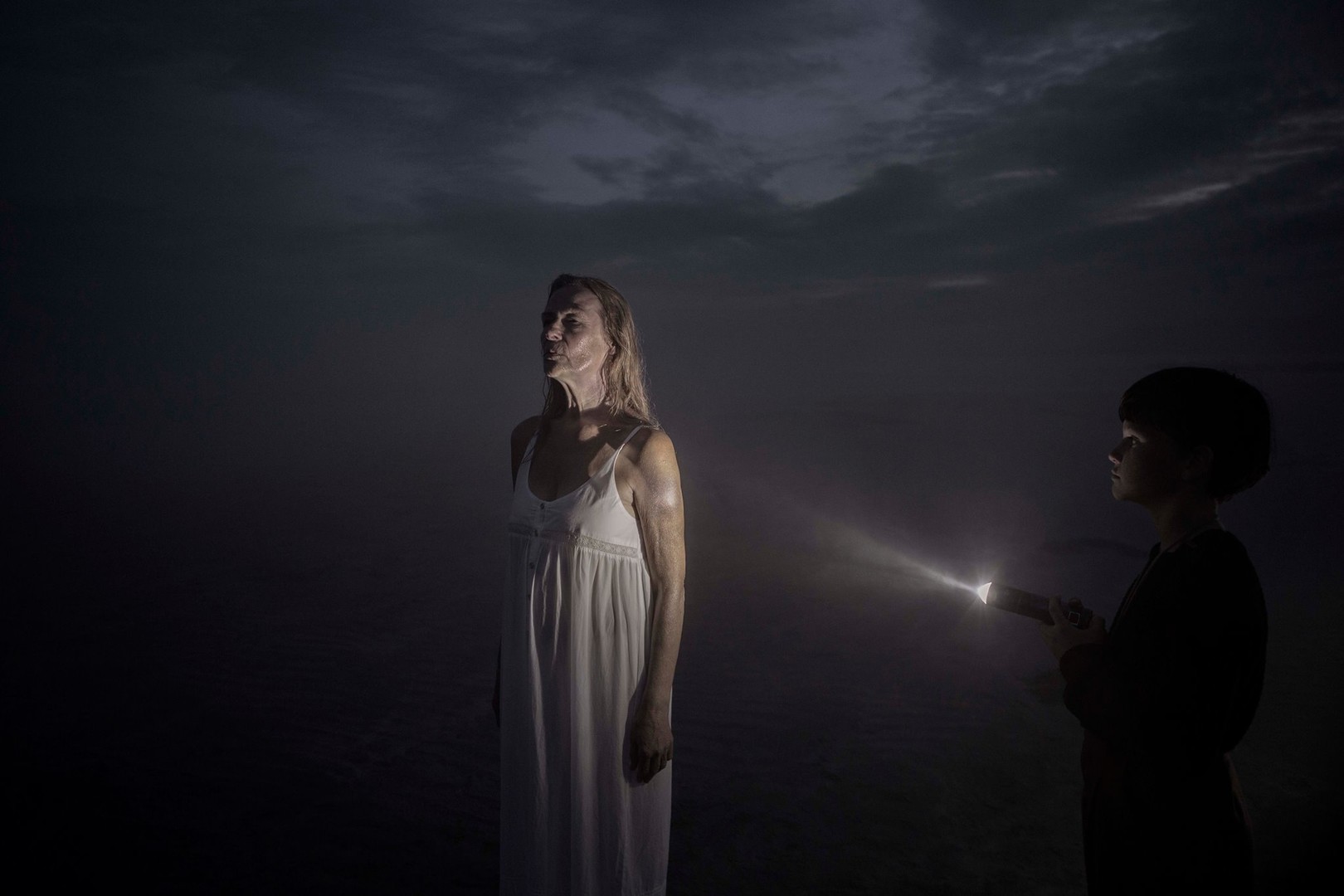 Inspired by an early childhood memory, Helen Warner’s Stigma is a fable of religious guilt. Set against the backdrop of 1940s rural Ireland, Warner’s film sees a community flock to denounce an alone and ostracised woman. The most striking element of Warner’s short is her pinpoint cinematography. Capturing the vast and bleak rural landscape of Ireland, it offers the film a surprising texture almost akin to 70s folk horror. DN is delighted to premiere Warner’s experimental drama online today and spoke with her about Stigma’s early genesis and adapting her personal experience to a background central to Ireland’s religious heritage.

How did you develop the concept for Stigma?

The idea for Stigma was actually based on a childhood memory of mine. In the small village where I’m from in France, a homeless couple set up camp near our church. The locals became angry and grew more and more obsessed with them, it was a mixture of fascination and hatred. When they were moved on by the police a couple of weeks later, there was a sense of sadness, emptiness, and remorse that was quite poignant amongst the villagers. They had lost their talking point and gained some perspective on their actions. But it was too late to redeem themselves. I was only young at the time but I remember that atmosphere quite vividly. So, in a nutshell, that is where the idea for Stigma came from.

The script itself was funded by Northern Ireland screen as part of their Focus Short programme and we worked with Out of Orbit productions in Belfast with Execs Brian Falconer and Jon Beer.

What inspired the Irish setting given its roots in your French past?

As I live in Ireland I had to transpose this memory onto a narrative based here. I knew the location I would use, a small and remote lighthouse village called St John’s point near Ardglass. I had come across it by chance whilst looking for a photography spot before even starting the process of making films. The location really set the tone, it also lent itself perfectly to a period piece like 1940s rural Ireland.

Stigma is really a fable with a moral to take away.

Every shot in the film feels methodically thought through. What did you draw upon when creating your imagery?

I drew inspiration from a Munch painting called Young Woman on the Beach that I always liked and I came up with the idea of a lone ostracised woman, who goes missing right at the start of the film. I basically then had the bones of my script. The only difference is that I would allow the villagers in this story to redeem themselves at the end. When the woman reappears out of the water in the final scene they flock towards her in adoration and reverence. I really wanted the ending to have a sublime quality to it. Stigma is really a fable, with a moral to take away, at least that is how I planned for it to be viewed as.

Similarly, with the casting, everyone looks to be part of 1940s Ireland. Were you searching for specific faces?

For casting, we only went with one trained actress, Helen Bereen. The rest of the cast were either people I knew already or people we just approached on the street. Danny Kendall, Garry Jackson, Nuala Kirk and Finn Donnelly.

Given the specificity of what you were capturing, was it a long production period?

We shot the film in two days, our Producer Marie McDonald thought it would be better to keep the momentum up, so it was pretty crammed. We were very lucky with the weather, especially for Northern Ireland. The film was shot by DoP Conor Rotherham on the Red Epic, with a Dragon Sensor. We shot at different resolutions 6K, 5K and 4K with vintage anamorphic lenses, mainly a 75 and went with the different resolutions. The film was really cut in camera, myself and Conor had worked it all out prior, so there was no coverage needed. It was actually an amazing shoot, with very few problems along the way. I have really fond memories of it as do the cast and crew.

Wow! Did that make post-production a lot easier too?

I worked pretty closely with an editor called Phil Ronayne who started the edit and I fine tuned it afterwards, which was nice because I actually had some time to sit with it and let it breathe. It was all about finding a contemplative pace for this film. 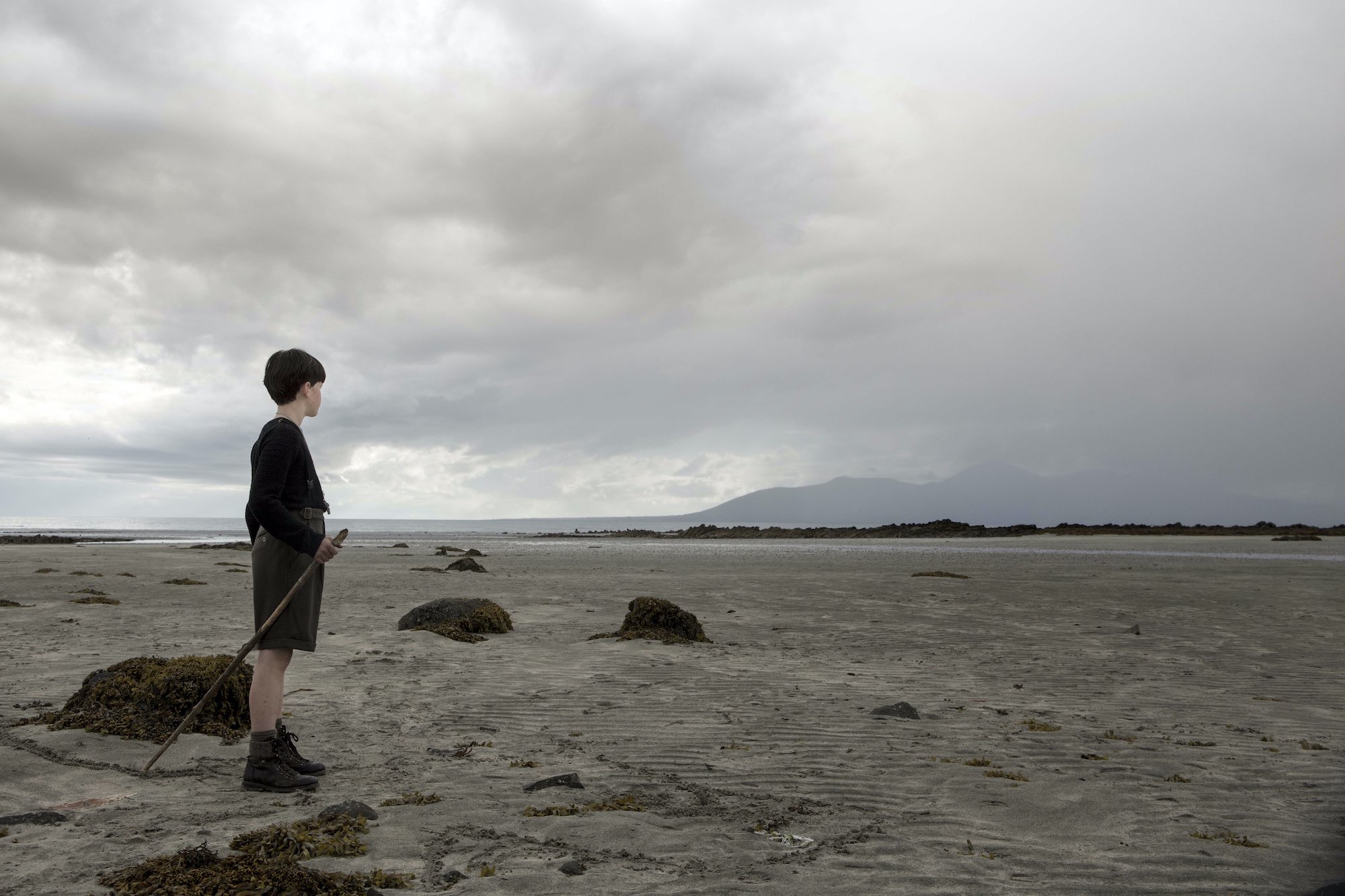 I have to ask about the score, how was it working with Die Hexen? What did the collaborative process between yourself and them look like?

Die Hexen worked on the sound design as well as the score. The score was quite difficult as the film seemed to reject most music. It called for a more naturalistic tone. So the sound design turned out to be the most work for Die, the natural coastline soundscape stunted by the interview/confession scenes was quite tricky to get right and just that sense of a community being tested, the sense of the sublime coming into play.

The score was quite difficult as the film seemed to reject most music.

Last but not least, how’s the future looking for yourself?

I completed another short earlier this year called Arena and I’m in the very early stages of writing a feature film script.