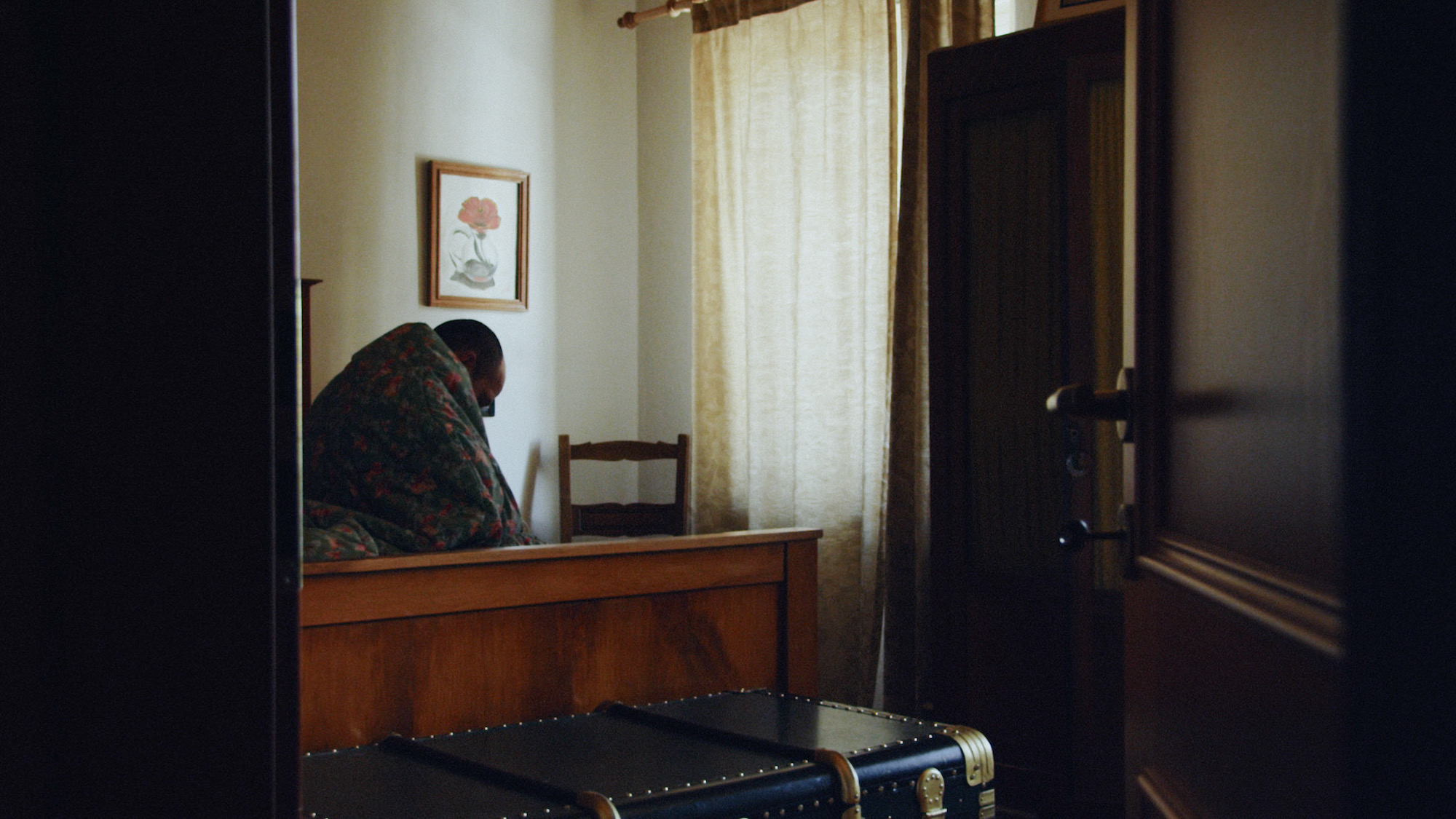 From the first frame of Dylan Walsh’s alpine horror Brother (Fratello), you know you’re in for a treat. Set in a remote town next to the Dolomite mountains in Italy, two brothers are on the run trying to quash the imminent impact of a dark familial secret. Walsh’s film blends horror conventions with those of a drama film which means Brother plays out in unsuspecting ways, shifting from tense brotherly conversations to more pulpy genre moments. DN is over the moon (pun intended) to premiere Walsh’s work online today alongside a conversation with the director on his desire to make a werewolf film, how he combatted language barriers on set, and how his crew managed to get an entire town to rally around his short film.

What made you want to make a werewolf film?

I had been thinking about the concept for a werewolf film for a couple of months and I was drinking coffee one morning with my Cinematographer Chris Braun, describing the idea to him. My goal was to ground what can typically be a more campy genre element in reality as much as possible, in order to explore family and the pain that’s passed on from one generation to the next. I wanted to find as much empathy for the monster and his experience of this involuntary transformation process as possible, while still acknowledging the violence and loss of life that that type of monster would perpetuate.

Was it that conversation which led to you shooting in his hometown?

We were scrolling through social media later that morning and found pictures of his family’s hometown in Italy covered in snow, and we both thought to ourselves, well, that’s one place werewolves might be real. It had always been a dream of Chris’ to bring a project back to his roots. So, we decided on the spot that if we could afford the plane tickets out there, we’d pull the trigger. Within a matter of hours, I had three weeks to write and develop the project before take off. 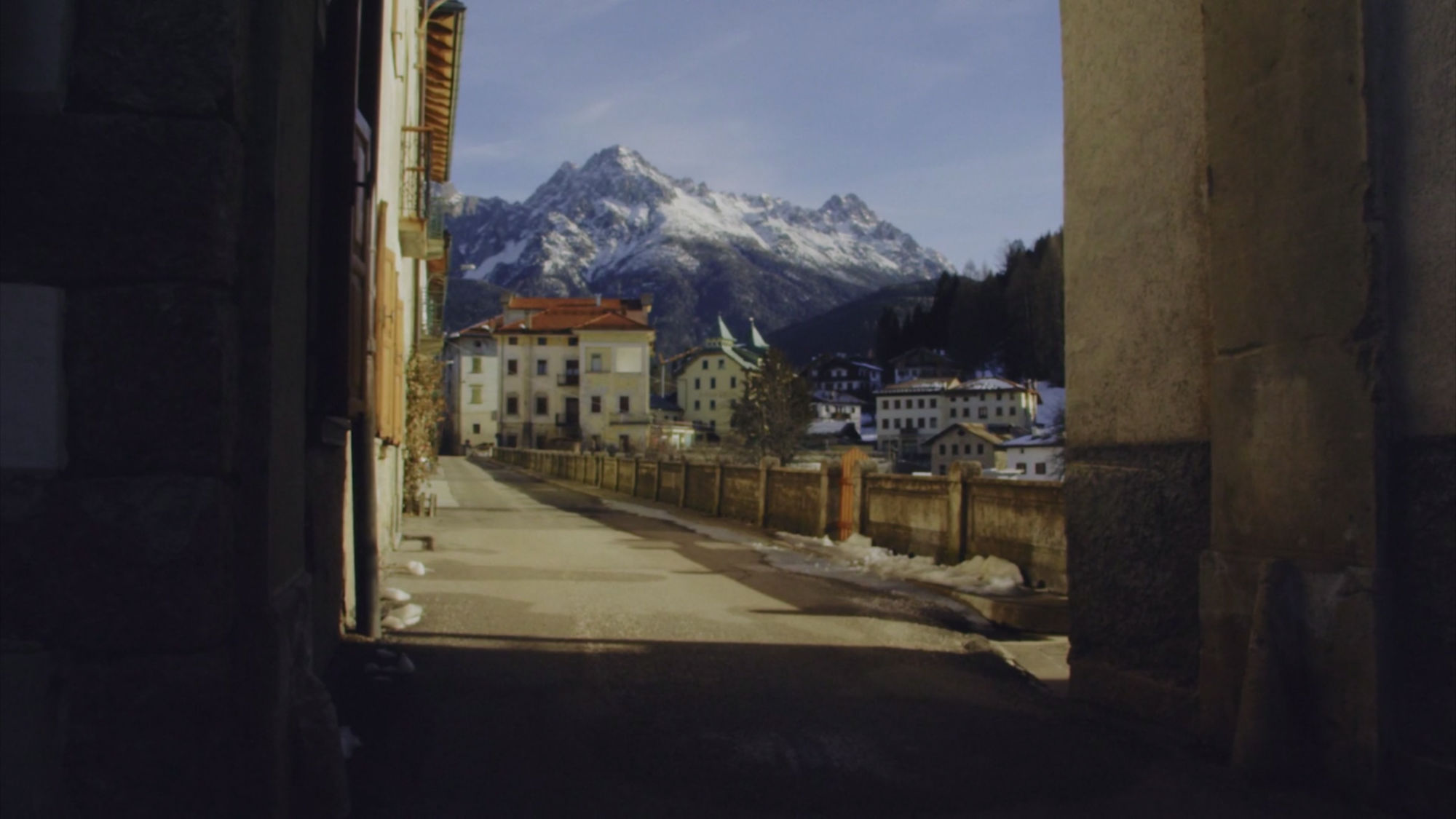 What was it about the location, aside from Chris’ roots, that attracted you to it? And how much of a challenge did production prove?

Lorenzago is a town of about 300 people in the Dolomites along the Italian/Austrian border which made finding local crew and talent almost impossible. I had the basic tenets of the story figured out, but wasn’t sure what the core familial relationship would be until we knew who would be willing to act in it for us. Through one of Chris’ cousins we were connected with Simone and Fabrizio Tremonti, who star in the film and are actual brothers. She assured us that although they hadn’t acted before, they would up for the challenge, and through our initial conversations over Facebook they seemed like a great fit.

We both thought to ourselves, well, that’s one place werewolves might be real.

We then recruited one of our close friends, also named Chris (Kalil), to come with us and record sound. We rented a boom microphone and recorder, and realising we wouldn’t have the budget to rent equipment in Italy, decided to shoot on our RED One MX with an older 16mm Canon zoom lens donated to us by some friends. Although it didn’t cover the RED’s 4k sensor and thus made our finishing format 2k, it gave the sharper digital sensor a more intimate, softer and vintage colour rendition of the beautiful vistas and locations and felt like a strange choice befitting of our strange project. And so with that, we packed our gear in a box from Home Depot, loaded it on the plane and flew to Italy.

What was the process like working with an Italian cast in a rural Italian town, was there much of a barrier?

Chris’ grandmother had translated the script for us to Italian since none of us spoke the language, and upon arrival, we spent the first week rehearsing with our cast through broken Italian and English and scouting all the locations. We shot entirely with the natural light available, which required us to travel to each location at separate times of day to figure out exactly when was the optimum time to shoot. But that was when things started to break our way. Somehow, both Simone and Fabrizio were total naturals on camera. They were professional, patient and totally committed to the project. We couldn’t believe how lucky we got and how perfect they were for each role. Simone carried the world weariness of a man struggling to come to terms with his own violence, something that I knew the entire film hinged upon. And Fabrizio spoke far more English than he’d let on. He was absolutely crucial in holding the project together. I am eternally grateful to both of them and have no idea what we would’ve done without them.

How did you capture the moon shots or were they a post creation?

The third night we were there, it just so happened to be a rare blood super moon. We hadn’t bothered to check the lunar charts, knowing that we could always grab those shots as pickups upon returning to Los Angeles, but the night before production was set to begin, we scaled the mountainside with our giant camera and lens and looked up at the blood moon and thought “Holy shit! This is really happening.” From then on, the project was a whirlwind. There was just us three as crew and for the most part those two as actors.

How much of a challenge was it to shoot everything you needed with such a small crew?

We would run around from location to location around the town like a backlot, and many of the shots in the film, including the one of an actual wolf and a husky dog, were recorded verité style while wandering through the streets and hilly terrain. Quickly, the entire town started to rally around the crazy American boys and their camera, and the Detective, played by Chris’ Uncle Orlando, helped us gather some people from the town in City Hall to answer questions in the film.

The entire town started to rally around the crazy American boys and their camera.

We didn’t sleep much, and lugging our heavy camera and tripod around the snow proved exhausting work. We each had to learn new skills, like special FX makeup and pulling focus. Our camera’s monitor fell apart in the cold and Chris was forced to operate one scene blind. It was definitely not without its challenges, but it was the most fun I’ve ever had making something, and considering our limited equipment, crew and the feeling of “play” that we maintained throughout, it reminded me of my times making films growing up as a kid in my neighbourhood.

Given how loose the shooting structure was, how did you manage post-production?

I cut the film and did all the sound design myself over the course of the following year. Eventually, I was able to bring on my Composer John Carey and he quickly brought the entire project to life. I’m never more excited then when I get a cue from him in my inbox, and specifically, our shed sequence, where Simone is locked up in anticipation of the inevitable, was one I couldn’t wait to get in his hands. He did not disappoint. 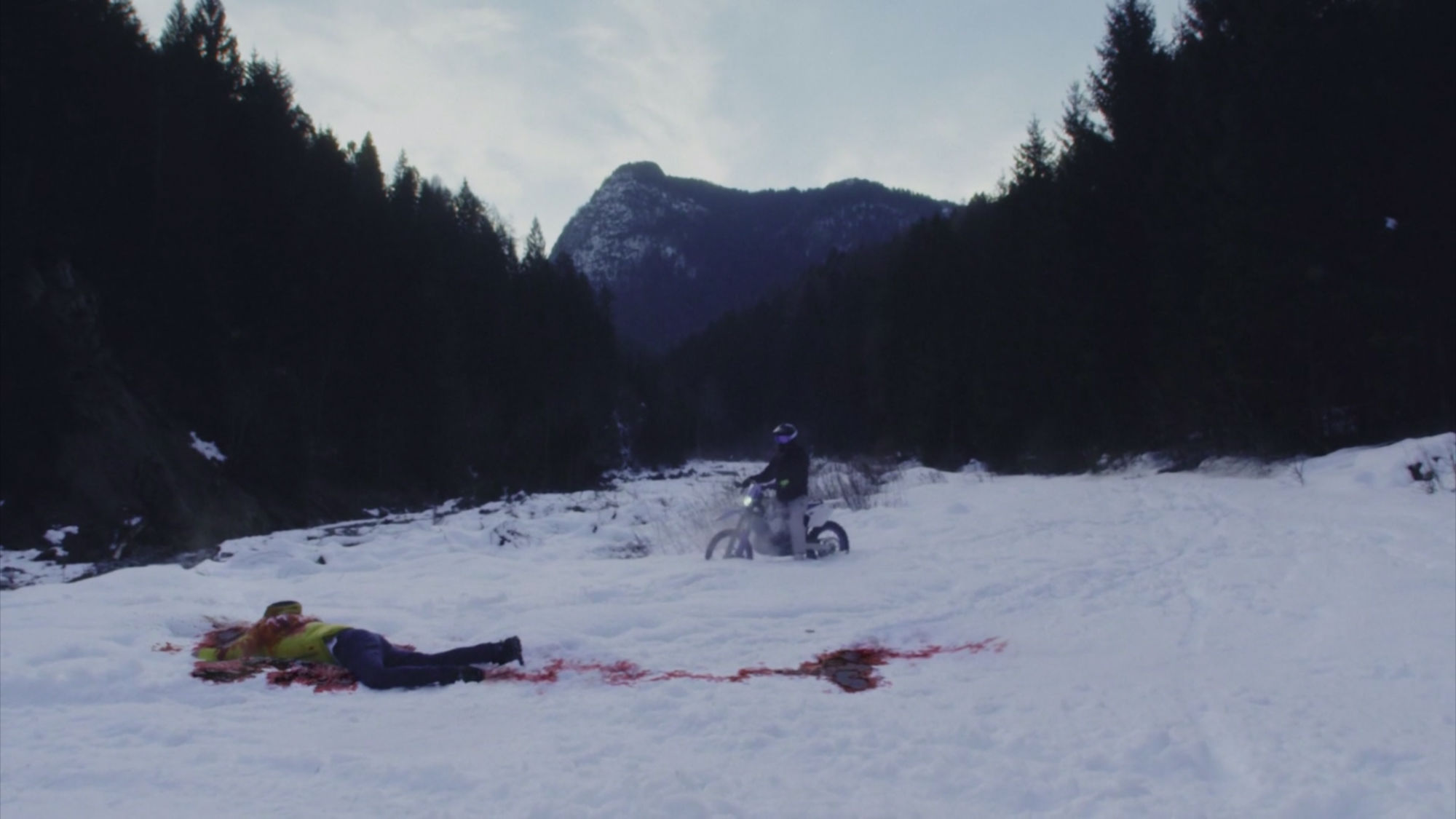 Chris and I then did one pickup scene, the shots in the shower, which is actually of me in my bathroom here in Los Angeles, and then eventually were able to recruit the help of a wonderful Colorist Derek Hansen and VFX Artist John Bashyam, to flesh out and finish the project. All in all, Brother has been a two year process and the greatest adventure of my career thus far. It was made by friends and family and has provided me with memories and filmmaking lessons I will never forget.

Can we expect another short from you soon?

I’m currently in pre-production on my next short film, which was inspired by my experiences during the wildfires here in California and the near loss of both my parents and my aunt and uncle’s homes. I’m also directing two music videos and two smaller commercial projects in February, all the while developing my first feature length project.