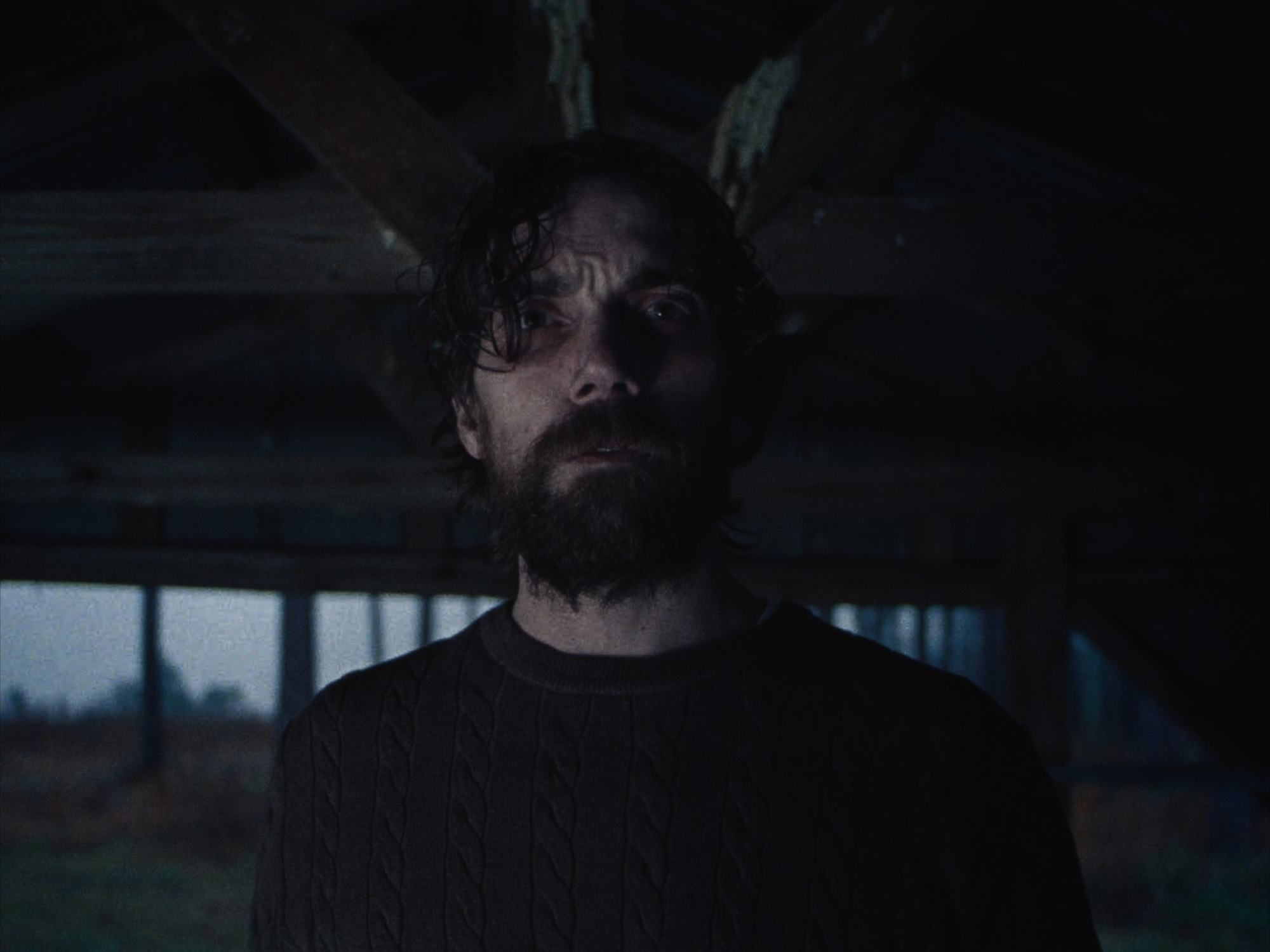 I first caught Davi Pena’s dark, brutalistic fable Eyes of Eidolon at last year’s NFFTY, where it ended up featuring in my list of must-see shorts from the festival’s impressive lineup of emerging filmmakers. Back then I was struck by how Pena, and his cinematographer Kai Dickson, developed the striking yet abstract visuals which underpinned the film’s bleak narrative of a recovering addict’s descent into madness in the wake of his wife’s passing. It’s a haunting film that sits on the fringes of horror alongside the work of David Lynch and Andrei Tarkovsky, and DN is delighted to premiere it today. We caught up with Pena to hear about the inspirations behind his nihilistic visuals, the decisions behind his choice of film stock, and how he used colour to carry emotion in ways words couldn’t.

Eyes of Eidolon is a film with a really strong sense of atmosphere. What themes inspired its conception?

Themes on memory, love and grief were all integral in the crafting of this story. Eyes of Eidolon was my chance to explore these themes through the eyes of Alexander Makris; an isolated hermit lost in a haze of regret and self-pity. I wanted to create a portrait of a man’s internal struggles projected outward into reality; what sort of hallucinatory nightmare would that look like?

What drew you to the film’s expressionistic approach? It feels like a story led by its visualisation.

With the intent of creating this film with a more expressionistic approach; I didn’t pay too much attention to the logic of the film and that was something I made myself aware of from the get go. My intent was to narrow as much of my focus towards the film’s visual components and how I’d convey nuanced emotions subliminally through visceral imagery, while still telling a rich and layered story. Visual poetry was something my team and I strived for.

What films/filmmakers inspired your process and the decision to express the narrative in this way?

A number of directors and their films had much influence on me and my artistic process; Andrei Tarkovsky’s Nostalghia and Stalker, David Lynch’s Eraserhead, Robert Eggers’ The Lighthouse, Jonathan Glazer’s Under the Skin and David Lowery’s A Ghost Story all served as massive inspirations during the making of this film. On the latter, I was heavily inspired by Greek mythology when I began building out the world of the film. The word Eidolon in the film’s title is in fact the Greek word for phantom or spectre; a ghost-like shade of a person or doppelganger.

I wanted to create a portrait of a man’s internal struggles projected outward into reality.

Was shooting on film a means for you to realise those inspirations and the expressionistic approach you intended for Eyes of Eidolon to have?

From the moment I conceptualised this story I knew it needed to be shot on film. The grain, the life and the texture is something the story yearned for. It was inherent with the nature of the story as well; a dark and gritty tale. My last narrative The Fray was also shot on 16mm, so I was excited to revisit the process of directing on film. Kai and I had a few discussions on what film stock to use; first we were going to try to shoot on Ektachrome, then 200T but it turned out that 500T was the most appropriate for the story. It’s a more flexible stock that also creates a colder cast over the images. Both my DP Kai Dickson and I knew that the course texture we’d get with film would also pair well with our character’s POV and his loose grip on reality.

While a majority of the film was shot on 16mm, something that most people don’t know is that we shot part of it digitally with the Canon C300; this was intentional. Since Alexander is more grasped by his memories than his actual circumstance in reality, I felt it was only appropriate that when we see his memories in the film, they are actually sharper and clearer. He remembers these moments in time like they were yesterday.

With high contrast- single source lighting, symmetrical compositions, Drawn takes, and an unsettlingly slow pace, I planned to give audiences an unnerving experience as they embarked on a psychological roller coaster with Alexander; all of within the span of 11 minutes. Moody green and blue tones were chosen to convey an eerie, melancholic atmosphere, while scarlet/gold hues separate the two worlds; the real and the surreal. I believe that colour is a critical asset in the telling of a visual story.

From the moment I conceptualised this story I knew it needed to be shot on film. The grain, the life and the texture is something the story yearned for.

I totally agree and Eyes of Eidolon is a film packed with vivid colours.

Colour has the ability to carry emotion in a way words never can and that is key when creating what’s essentially a silent film. The golden/scarlet colour scheme carried the warmth of Alexander’s memories of his former lover, Amelia. I knew that the film’s visual look would also need to reflect Alexander’s dark circumstance. The compositions needed to encapsulate the very essence of anguish, an emotion prevalent throughout Eyes of Eidolon. I wanted my images to be shrouded in darkness, not only as a stylistic choice but also as a metaphor in relevance to Alexander’s inner emotional state. Dark, foreboding, lost and alone. The controlled use of deep shadows helped achieve this aspect of the visual language.

That state of mind is definitely evoked through the aspect ratio too.

During the development of this film I had an intuitive feeling to shoot the film in 4:3. I felt that this aspect ratio would hone in on telling Alexander’s story from a subjective point of view. The frame organically makes the space more claustrophobic and brings us closer to Alex which I feel is important when trying to get into the same headspace as him. In turn, I believe that the audience will be able to make a stronger connection to his character.

The last film I DP’d before directing Eidolon was a short called Dentyste (directed by Kai Dickson) and a majority of that film was shot mainly with 50mm and 35mm lenses. Those focal lengths helped convey intimacy and I knew that was something I wanted to do again with a subjective story like this one. It all went back to the idea of getting closer to the character and creating a sort of affinity between the audience and Alexander. The tighter the focal length, the stronger the connection. The stronger the connection, the more visceral the experience.

Last but not least, what projects are you beavering away at right now?

As of right now I’m in the midst of developing an ambitious music film that incorporates elements of dance, fashion and scenography; it looks like I’m gonna be taking the surrealist route yet again. I don’t want to say too much because the concept itself is still going through a lot of heavy development but I will say that it’s going to be an existential and fantastical exploration of life after death. It’ll also be the first time I collaborate with another director so I’m very stoked to see how that process unfolds!