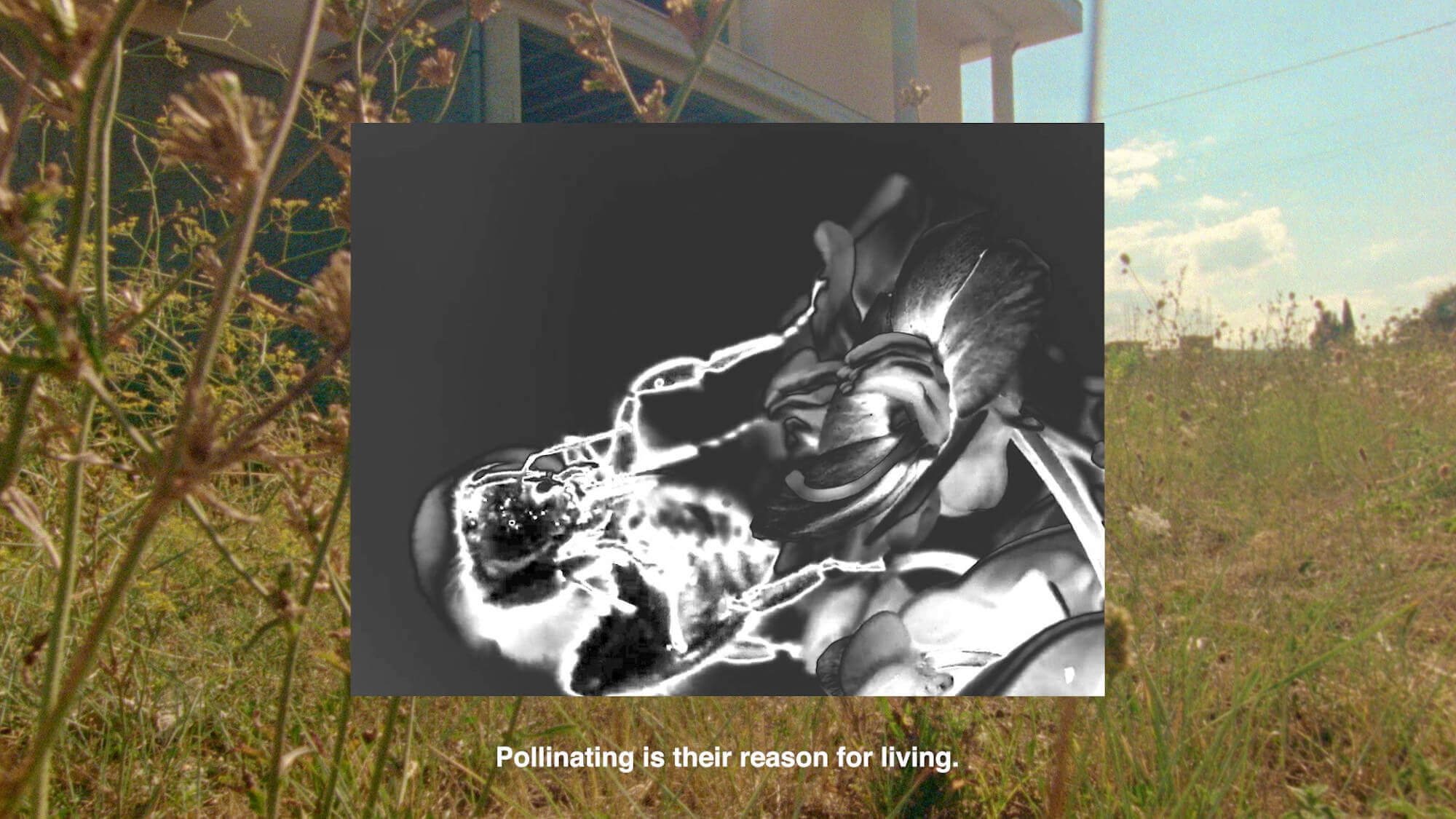 Youthful vitality is brimming in both the form and narrative of LEONE’s short music film Sting Like a Bee. LEONE combines shots of a blossoming young romance with slick editing, a variety of physical formats, some animation, and even the odd Instagram filter. The result of which is a contemporary take on traditional courting. To soundtrack his short, LEONE enlisted experimental jazz pianist Ze in the Clouds, whose sonic textures add a poetic shimmer to the charged visuals. DN invited the director to discuss the genesis of Sting Like a Bee, the intentions behind his frenetic editing style, and how he bridged the gap between youthful passion, the natural world, and an iconic Italian car.

One thing that really struck me when I first watched Sting Like A Bee was its uniqueness. You combine so many forms which give the film a really strong vitality that feels central to the story you’re weaving about these young lovers. To start broadly, what is Sting Like a Bee to you?

A story of love, life and tuning. Sting Like a Bee is a musical journey through passion and courting, exploring the human nature behind the tuning of one of the most iconic vehicles ever made in Italy, the Ape Piaggio. Like a restless bee who’s looking for the most beautiful flower in the field, Nicola, the protagonist, buzzes the streets of Vasto, a place forgotten by God, in search of love and personal affirmation. A path that will lead him to contend for the conquest of the territory and the heart of his beloved.

I like to mix formats to give more adherence to reality, using all the means I have available.

This music film aims to create an unexpected bridge between the everyday life of a group of youngsters with an uncontrollable passion for tuning, and the natural world. A connection that, as in Aesop’s fables, is deeper than it seems. 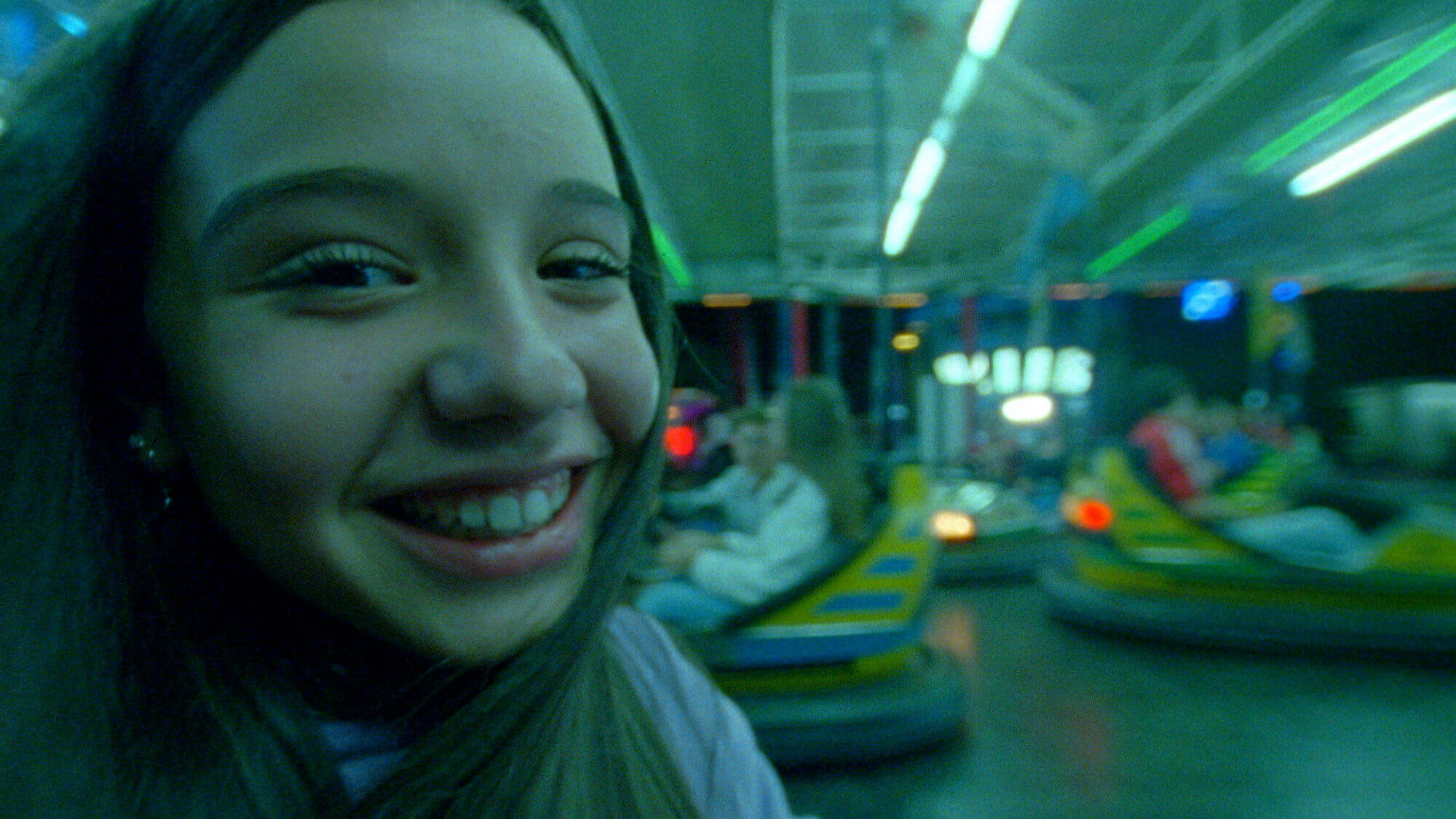 What spurred you to develop this concept?

The idea was born because one day, sitting in front of a cafe in my hometown, I saw the Ape Piaggio three-wheeler pass and I decided to tell the story of these guys.

As I said earlier, I really enjoyed the mix of forms and playful editing, what inspired you to tell Nicola’s story this way?

I like to mix formats to give more adherence to reality, using all the means I have available in everyday life. This allows me to identify more with my protagonists.

At what point did you decide to include the animation and what was the process in putting that together?

3D was immediately thought of as an integral part of creativity. I wanted the bees to become an icon within the film. Their metallic look recalls the texture of the three wheels and increases the relationship between the insect and the vehicle.

There’s a really strong free-flowing energy to the whole film. How did you set out to capture your footage? Was it through a thorough plan or was there improvisation?

I prepared this film during the first lockdown in March 2020 and I had all the time to study the protagonists in depth without leaving anything to improvisation. I usually improvise a lot but this was not the case here.

What were you looking for in your younger actors when you were casting for them?

We didn’t do a traditional casting, I just picked all the guys who owned the three-wheeler and snuck into their lives!

How much of a challenge was production? What were your favourite shots to capture and why?

The production was very simple, experienced by the whole crew as a holiday. My favourite shot is the moment when the girls shoot at dawn, a metaphor for the queen bees defending the hive. 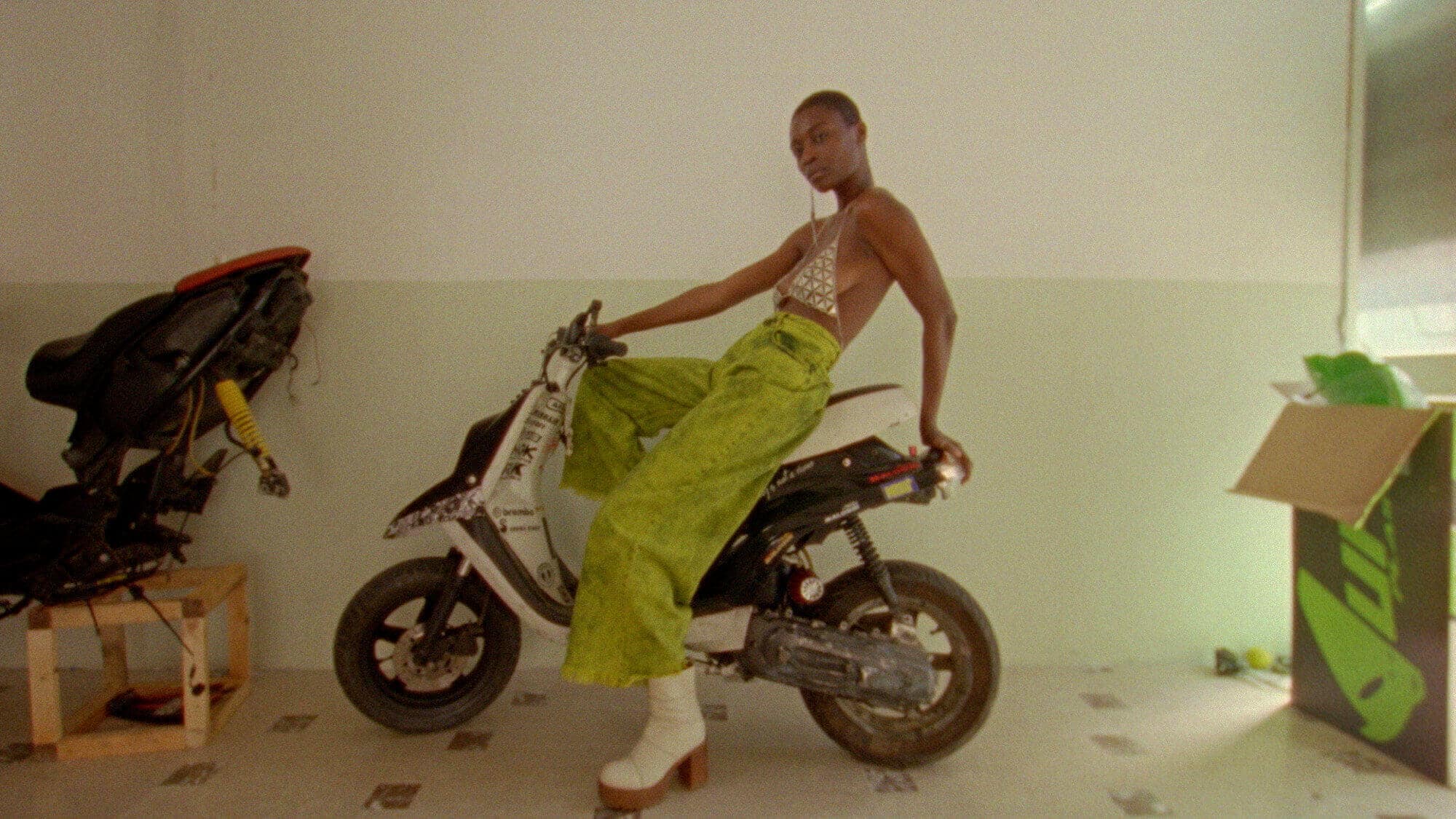 How did you discover Ze in the Clouds and what was it that made you want to work with him for Sting Like a Bee’s soundtrack?

I saw this 20 year-old boy play in a club in Milan, as a jazz lover I immediately fell in love with him and as soon as I decided to shoot Sting Like a Bee I thought that he could create the music, and that was it.

I was looking for a contrast between the images and the sound, and music that could make the realism of the images more elegant and sophisticated.

What do you think Ze’s music brings to the film on a narrative or thematical level?

Ze passed me a song that would have been part of his first album’s sound. I listened to it and the setting seemed perfect to me. I was looking for a contrast between the images and the sound, and music that could make the realism of the images more elegant and sophisticated, I hope I succeeded!

What new projects are you working on right now?

I’m working on the long format of Sting Like A Bee. Let’s see what happens there!