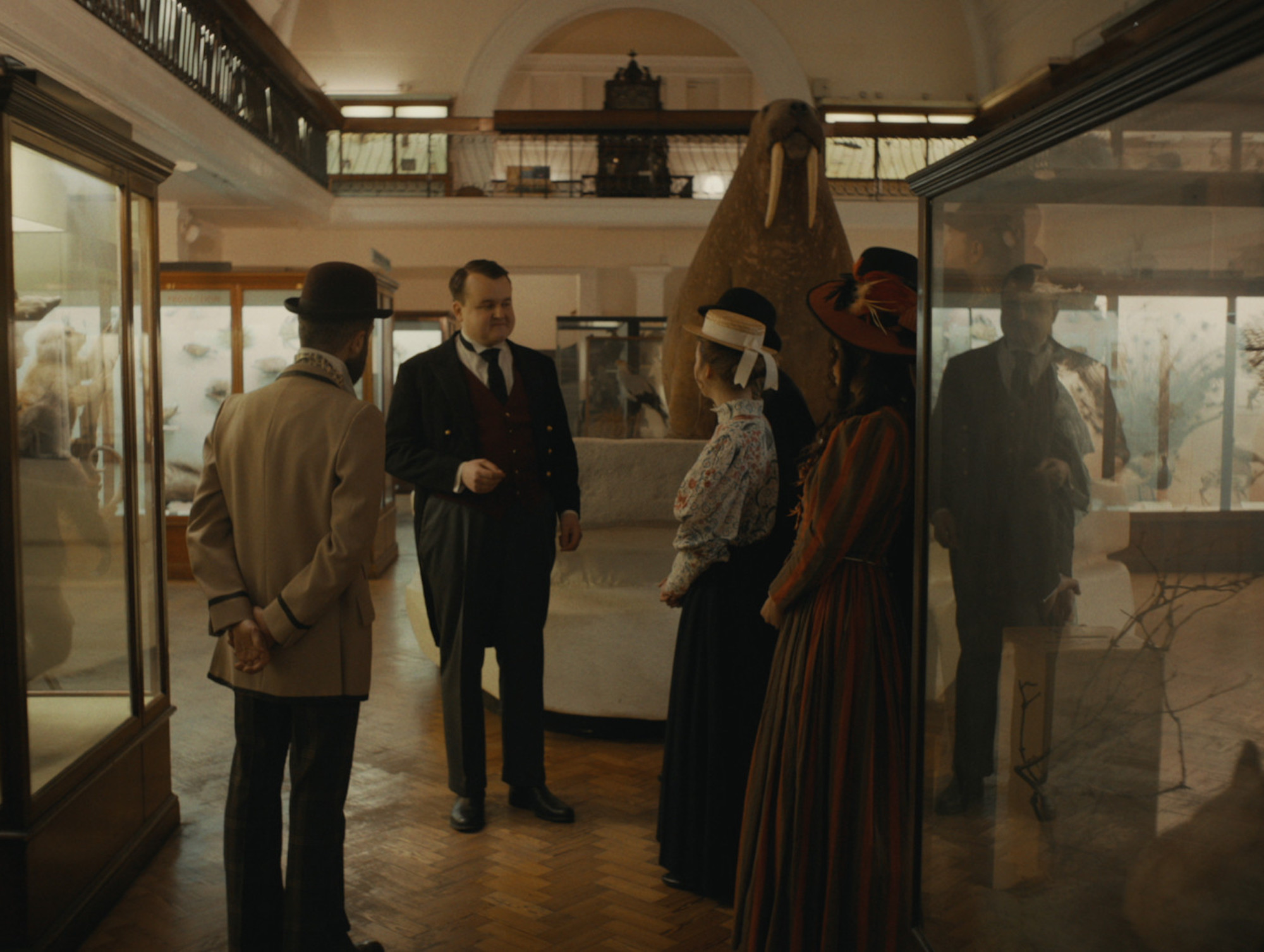 Human zoos, existing for over 150 years between the 19th and 20th centuries, were attended by over a billion Westerners who wanted to know more about so-called ‘exotic’ cultures. Mired in racist, colonial ideas, they are a shameful part of British, French, American and Belgian history. They are also something that few people know about, given the unwillingness of these cultures to interrogate their past. Savage tells the story of Mokonzi, a man from the then Belgian-Congo forced to be part of a horrific exhibit that lays bare one of the ugliest sides of British history. Making its online premiere on DN today, we’re joined by both director Denis Dobrovoda and star Florence Nzenwefi to talk about confronting racism, working together and telling this story with the sensitivity it deserved.

Denis, how did you come across such a fascinating part of history?

Denis Dobrovoda: The first time I came across human zoos was at University around ten years ago. I did a course on African Politics and in one of the books on the history of colonialism, I came across some of these very famous cases. For example, Saartjie Baartman who was brought to the UK in the 19th century from South Africa. I found it quite incredible but at the time there was very little literature or stuff you could find online. It really stuck with me. I thought it was incredible that I’d never heard about how widespread it was. I kept reading about it because I was quite curious. Over the period of a few years it developed into a script.

I found it quite shocking that it lasted until 1958. So in 1957, these human zoos would have existed?

DD: Yes. The last one I came across was a part of the Brussels World Exhibition. That was one of their main forums as part of the colonial fairs attended by tens of millions of people in London, Paris and Brussels. You would often have something called The Black Village. The last famous case was this Brussels expo in 1958 when Congo was still a Belgian colony. What you see in the film is just one facet of how this complex phenomenon lasted for 130 years. It was done in loads of different ways, including museums and sometimes physically in zoos. There is a famous case of a man brought over to the USA who was displayed in a pavilion of apes in 1905. Then there were slightly milder versions. When you start reading about it, you realise that it’s really complex. 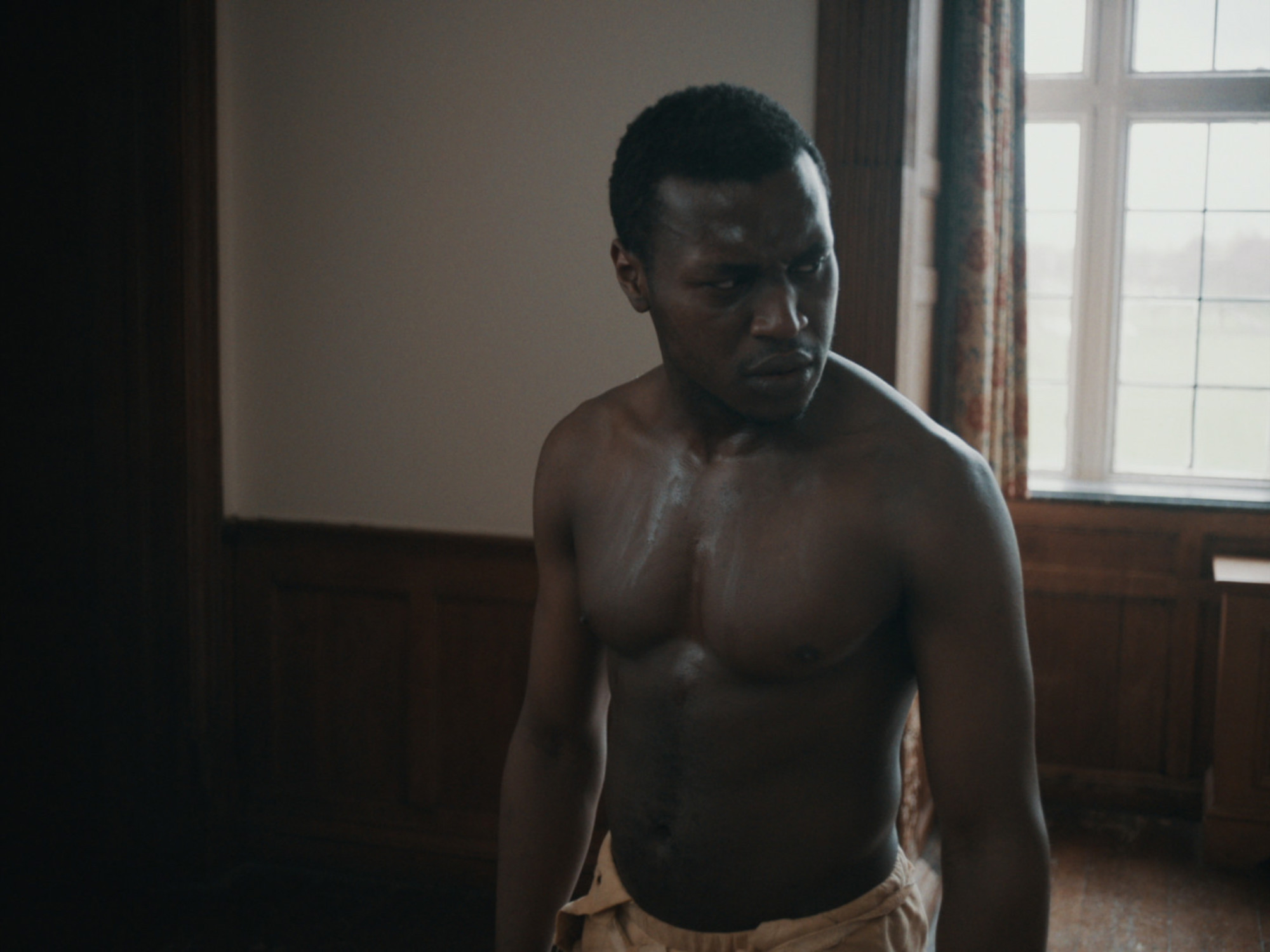 How did you guys get to know each other?

Florence Nzenwefi: I was an acting student at the time. One of the producers came into a Pret a Manger and told us about this film. It was terrifying at first but I met Denis and he was really attentive, particularly to me as one of the potential people for the role. He was very sensitive about making sure it was the right thing and it wasn’t inaccurate in any shape or form.

It was truly an eye-opener for me, because not only was it something that I actually had no idea about, it was also a big shock factor that Denis knew about it and studied it and wanted to share that in the piece. There was everything to love and I wanted to be a part of that. It was a big opportunity to be part of telling such an untold part of history. It was terrifying that something as inhumane as that was allowed to go on for 130 years, so to show all the struggles and what it meant to be a person captive at that moment in time felt like an honour.

What you see in the film is just one facet of how this complex phenomenon lasted for 130 years.

Was it traumatic as a person of colour to play this kind of role when the actors around you have to be so openly racist?

FN: Yeah. The uncomfortable truth is there’s the outright blatant racism that was so apparent at the time. We still have it today: it’s just more nuanced, layered and hidden. It was suddenly about going from something that is more passive in my life to something more active back then. The first thing I saw when I first stepped on set was the sign “Please Do Not Feed the Negro” and it was a really intense and humbling awakening to see what it was like at the time. It’s a production and we all want to be as respectful as possible because it’s an uncomfortable topic for a lot of people to talk about. It was certainly trying in a lot of ways because I am generally a bubbly person. Going on set and being made to take off all your clothes and to look dishevelled and unapproachable, it’s just so alien and barren for me. I definitely choose to give into that, but it was heavy. 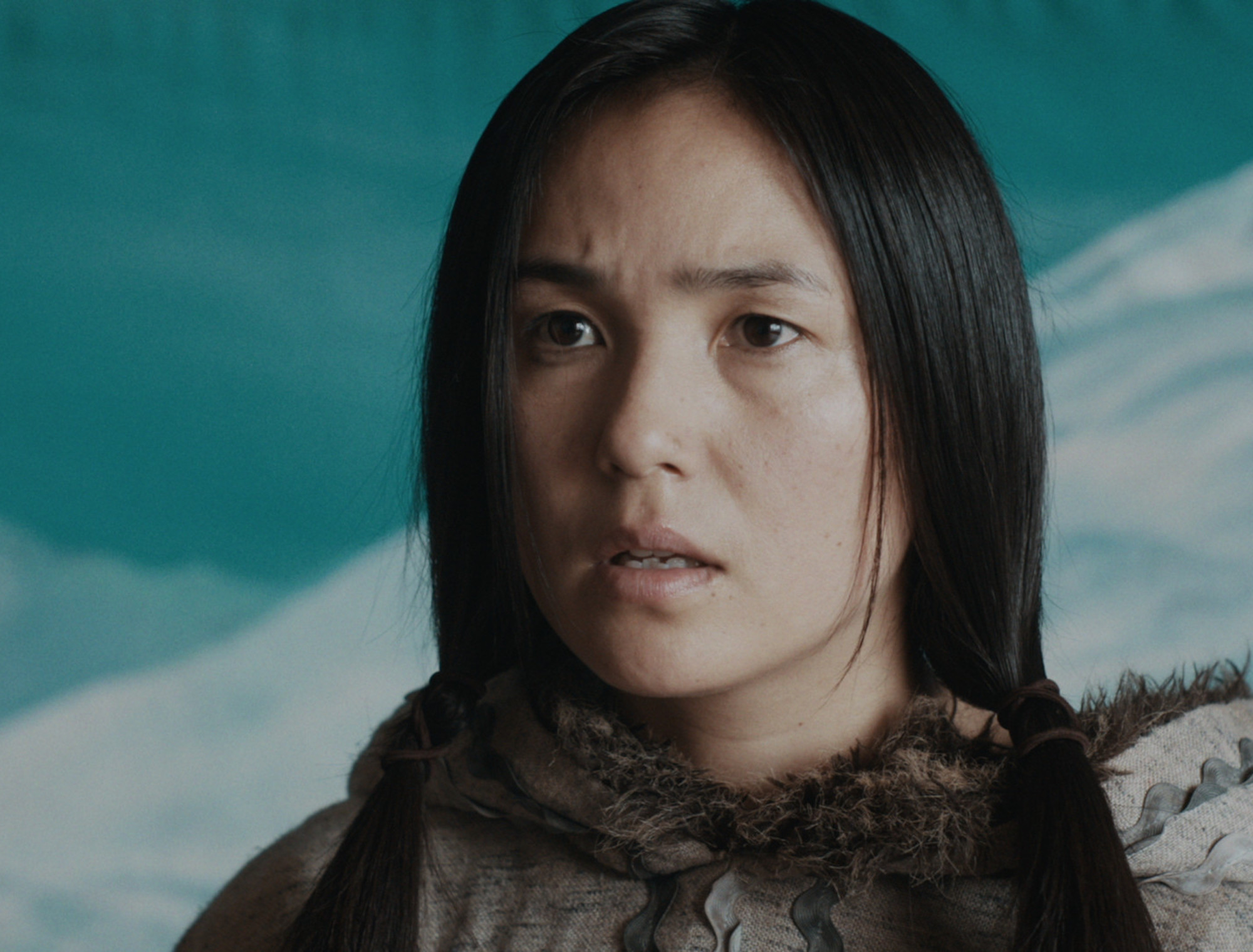 And, of course, these themes have a relevance today. What’s interesting is that the film feels modern, without the usual trappings you might find in a BBC period drama. Denis, how did you want to make it look a bit more timeless?

DD: We were very aware of not wanting it to be like a BBC or Netflix period drama. That was a big discussion I had with my DP Andy Alderslade in terms of the visual look. We decided to shoot it in the way that it would be shot at the time. That means there was only one tiny slide throughout the whole film. It’s all fixed frames and it’s all done in 4×3, which is the frame size of the time.

Additionally, a lot of period dramas tend to be warm for some reason with the lighting they go for. We expressly went against that, so when you watch the film with that knowledge, you realise that everything is very cold. We were playing with the idea of Makonzi turning up in England with the bad weather; we wanted to create that coldness for the character.

It was a really intense and humbling awakening to see what it was like at the time.

I’m Irish, so I have no illusions about the UK’s relationship with colonialism. It’s fascinating how in the film they sing Rule, Britannia!, which is not just a document of its time, but is still sung every year at the Proms. I’d like to hear from both of you: is the UK still blinkered in its view of history?

DD: It’s interesting that you point out the Rule, Britannia! singing, because it’s historically accurate. There was a young boy brought over from Africa. As a party trick by the man who brought him round to clubs and pubs, he would sing Rule, Britannia! to impress people and they would sing with him. So the scene seems far-fetched but it’s actually true.

In terms of the UK’s relationship with history, I think all these colonial countries, including the US, France and Belgium, have a tremendously difficult task of reconciling this dark history with something they’re trying to do now which is the opposite. The view is blinkered because I think even having the conversation is difficult. A lot of people don’t want to have that conversation and would be upset if they heard what I’m saying now. I think the fact that the majority of the population doesn’t know about human zoos says it all really. 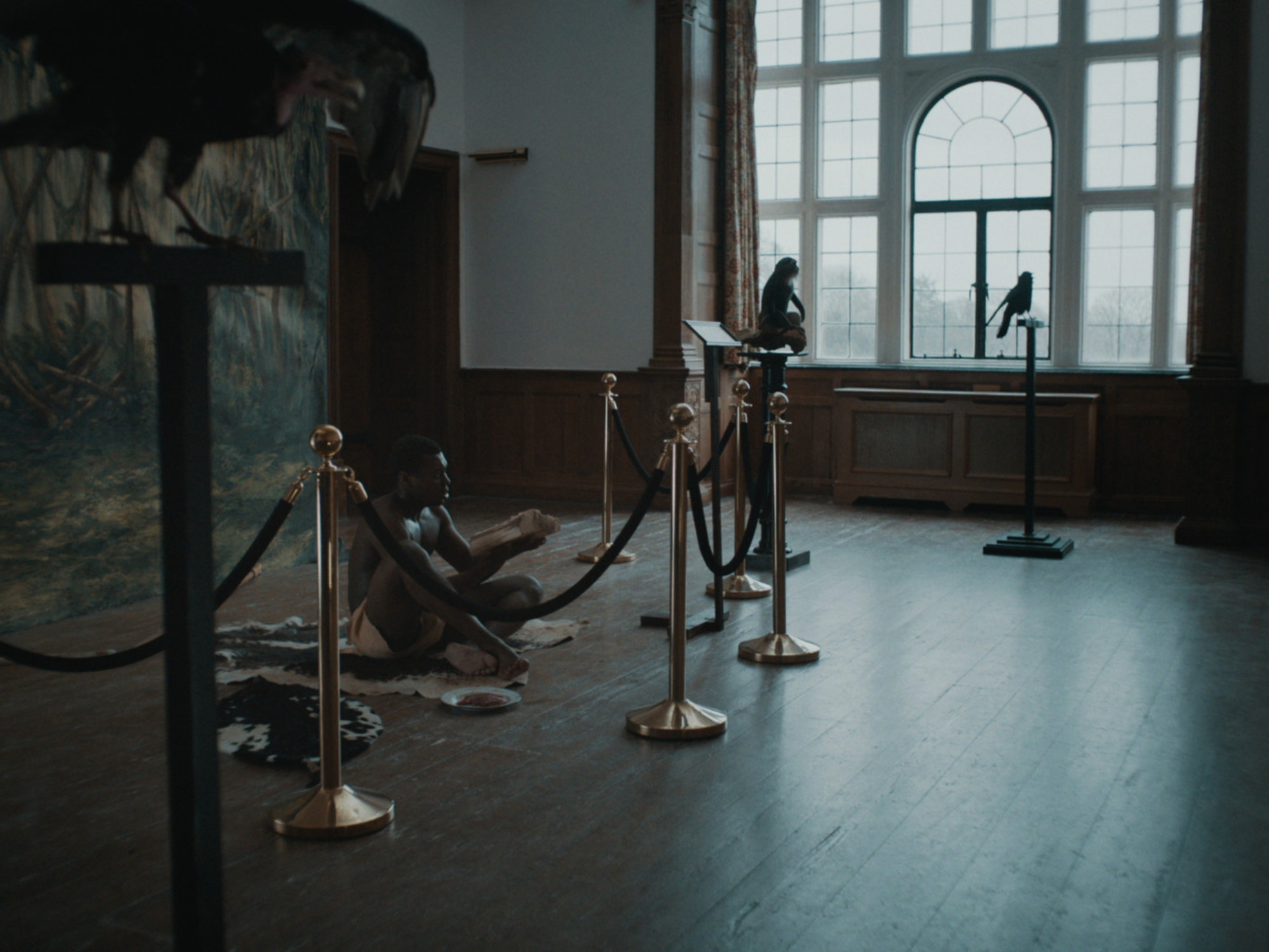 FN: I think there’s a very obvious shame there. People don’t want to talk about the atrocities that have happened to a lot of people. It should be common knowledge and the fact that they don’t hurts. It’s just sweeping something under the rug instead of just admitting it, dealing with it, accepting it and growing past it together. That’s the narrative that a lot of Western countries present today without actively tackling those issues. I think if you’re just playing both sides of the fence, you’re being a hypocrite and there’s no need for that.

I think the fact that the majority of the population doesn’t know about human zoos says it all really.

And these colonial signifiers linger in these museums. Which museums did you use to film the short?

DD: There were actually three different locations, so we kind of lie slightly in the film. The first scene is in the Freud Museum, it’s actually Freud’s old study. The great thing about it is that we didn’t have to do anything: we just turned up and shot and it had everything the way it looked in 1930. The room itself was in Charlton House in Greenwich. The actual museum which Florence ran through is the Horniman Museum — this is one of the last ones in the UK where you have these old cabinets.

What are you both working on next? Will you work together on future projects?

FN: It was a pleasure to work with Denis and I would love to work with him again. We’ve stayed in contact and we’d both like to work with each other again. As for current projects: nothing that I can talk about but there are a couple of exciting things.

DD: I’m working on my feature debut, which is a documentary that is in post production at the moment. I’m also hoping to pitch a holocaust documentary for television in Slovakia about a survivor who I knew but passed away recently. I’m not creating anything fictional. I’m taking from history instead.