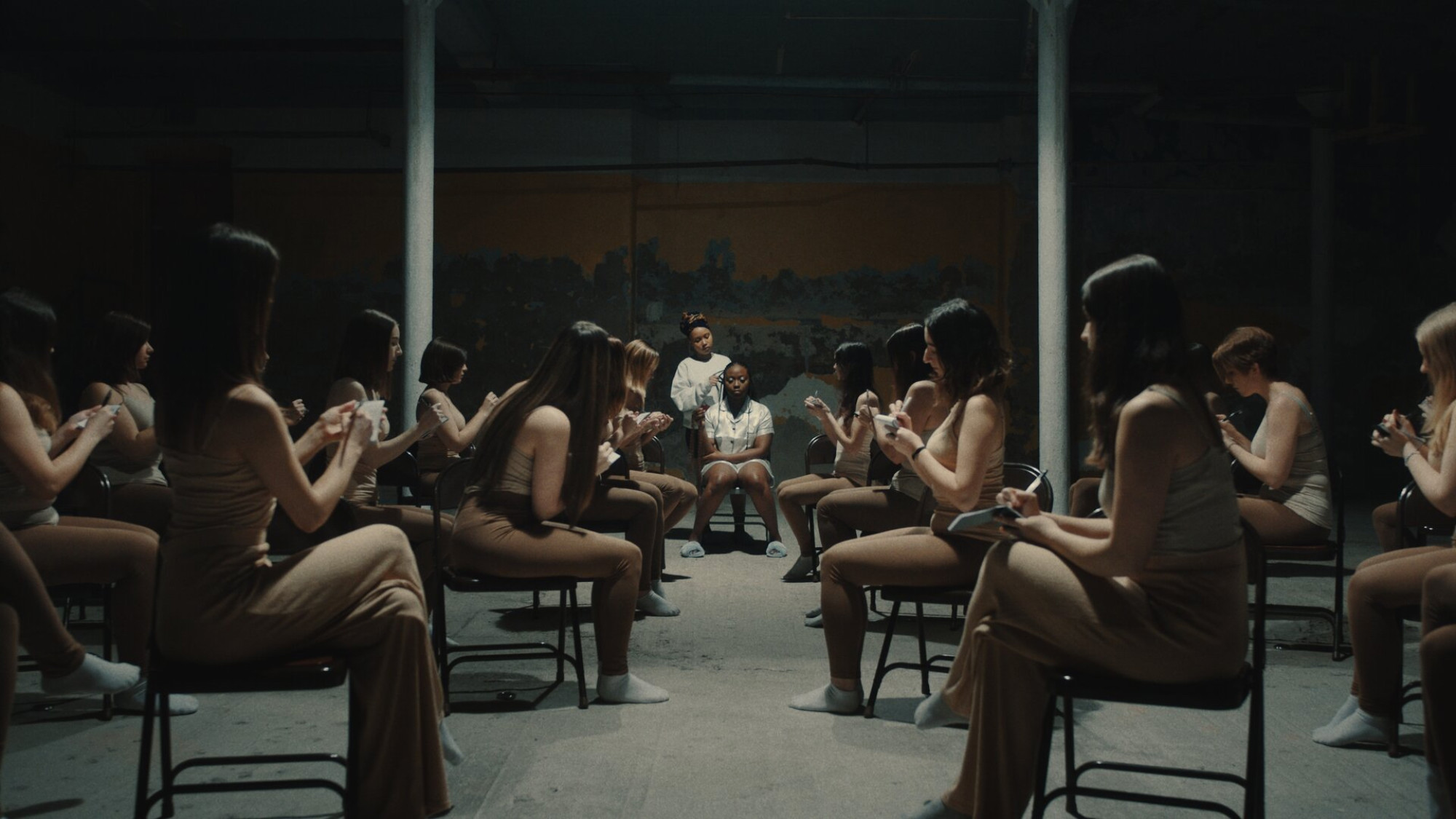 Ewurakua Dawson-Amoah’s To the Girl that Looks Like Me is a great example of a powerful visual poem which simultaneously holds two strong messages. First and foremost, it is a celebration of black women which showcases imagery championing self-love and self-discovery. But, secondly, it also highlights the problematic practice of cultural appropriation, and how these signifying identifiers of what it means to be a black woman are controlled and manipulated in society. Dawson-Amoah created her short film as part of her thesis at NYU, which DN is proud to premiere online today alongside an interview where we dig into the self-penned poetry that inspired the short, how she crafted her dreamlike opening shot, and the importance of creating work which black and brown girls can see themselves in.

You made this short as part of your college thesis, at what point during your education did you know that this was the story you wanted to close out your course with?

Two summers ago I was terrified for my senior year because I wanted my thesis film to be really special. I had no idea what story I wanted to tell and I felt pretty directionless. The last time I ever felt like that was in primary school. I found this connection interesting and started to think about my time there. The memories inspired me to write the poem to the girl that looks like me. After the poem was complete, I immediately started to see elements of the film come together in my head.

This film celebrates the beauty and strength of black women, as we continue to thrive in a system that wasn’t built for us.

The first shot in the film, in particular, is so powerful and surprising. Did writing the poem give you visual inspiration for certain shots you wanted to capture?

The opening shot actually came to me by way of a nightmare. In it I was six again, getting my hair braided in cornrows before school. Only I was in the centre of Grand Central Station. Passersby gawked and stared at me and pointed. Some stopped and took photos, others tried to touch my hair. I felt like an artefact, an object. Obviously at my stage I couldn’t shoot in Grand Central, but this theme of observation and objectification gave me the idea for a museum-like scene. A girl, surrounded by a room of people watching her, only to steal a piece of her culture and leave her with no credit.

Did you find that any other shots came about in similar ways?

Another scene that comes to mind is the scene on the hilltop, with the girl practicing karate. That scene was originally written to be a school picture day scene. The line, “The pigment of your skin, so rich” was planned to go over visuals of a young black girl at her first school picture day and this is the first time she truly realizes that she’s different. On the day of that scene, our actors got sick and we needed to improvise. We drove around York PA until we found a gorgeous hill right before sunset. The girl in the scene ends up being me, I trained in Shitō-ryū for 14 years and ran to the top of the hill with my DP, AD, HMU, and our camera. As the sun was going down, and the temperature dropped, we shot that magic moment! It ended up working better for the piece anyway because the sun almost met us on the horizon!

Yeah, I was very interested in that idea of the ‘viewers’ as these onlooking characters looking to steal these elements of culture for themselves.

The idea of the ‘viewers’ was inspired by my personal experiences as a black woman facing appropriation. As a young girl, I was often teased for my natural hairstyles and made to feel as though they were ugly or shameful. But now, I see non-black women not only wearing culturally black hairstyles but also getting praised for it. In one instance, Kim Kardashian was even credited as inventing cornrows, which the media called, “boxer braids”. This infuriated me and led to my poem, My rows of corn.

This film is for the black and brown girls watching. My primary hope is that they recognise that their skin is beautiful and that their culture is sacred.

The film truly feels like a celebration of black women.

This film celebrates the beauty and strength of black women, as we continue to thrive in a system that wasn’t built for us. I wanted young black and brown girls to take away this simple idea, “there is room for you at the top.” I wanted to celebrate blackness in a way I never saw blackness celebrated on the screen. Kente cloth at the forefront, dark skin as the leading lady.

It’s incredibly ambitious for a thesis film too. How did you tackle production so that you could achieve the grandeur of your vision?

The biggest technical challenge to making this film was money. The cost of filmmaking is intense, and I simply didn’t have the financial resources readily available to just put down. However, this made me really creative, as I found fun and engaging ways to raise my budget. I hosted open mic nights, self-published my first book, and wrote countless grant essays. Creatively, there was a scene that I really wanted a tarantula for. I refused to be talked out of it, and I got my spider. Funnily enough, I never used that cut in the final edit. But I don’t regret pushing for my spider at all. It would’ve been much worse not having it and forever wondering how different my film would be with it.

When you think about audiences watching To the Girl that Looks Like Me, what are you hoping their response to your images will be?

When I wrote this, I wanted the piece to make non-people of colour think, to get a glimpse of what it is like navigating the world as a black woman. But above all, this film is for the black and brown girls watching. My primary hope is that they recognise that their skin is beautiful and that their culture is sacred.

I’d love to know more about your role as co-composer, I read that you developed the score in your head and then got a friend to bring it to life. What was that process like?

So, after I got the idea for the opening shot, which I mentioned before was actually a nightmare. In it I was six again, getting my hair braided in cornrows before school. Only in Grand Central. In the dream there was a very eery nightmarish feel. The repeating bass sound came to me immediately, I wanted a feeling of something approaching slowly. Then I started to think of accompaniments. I wanted the strings to sound like laughter, which is what you hear in those moments when the strings literally mimic laughter, in the end they almost go “ha ha ha ha ha”.

I recorded the song on my phone, humming it to not forget it. I also used Logic and utilised their musical typing feature to place temp tracks of my ideas to later bring to my friend, Adeleke Ode who knew how to make it come to life. We’ve worked together for four years, so at this point he would know that if I said, “Do da da do!!” What I mean is, “I want flutes here in a major key.”

I also noticed that you took on many of the key roles in the film despite being at film school where the pressure to collaborate with others must’ve been present. What drew you to take on those roles? Do you feel like this is a way of working you’ll take forward into your next film?

Writing and directing have always gone hand in hand for me. It’s almost second nature like, “Yeah, of course I’m gonna direct this and write it.” The desire came a long time ago, I never saw black women in either role, so our stories were being told by the wrong person, the wrong way. I’m definitely open and interested to collaborate in the future and only take on one role. Finding somebody willing to have you tell their story is a special thing, and vise versa. 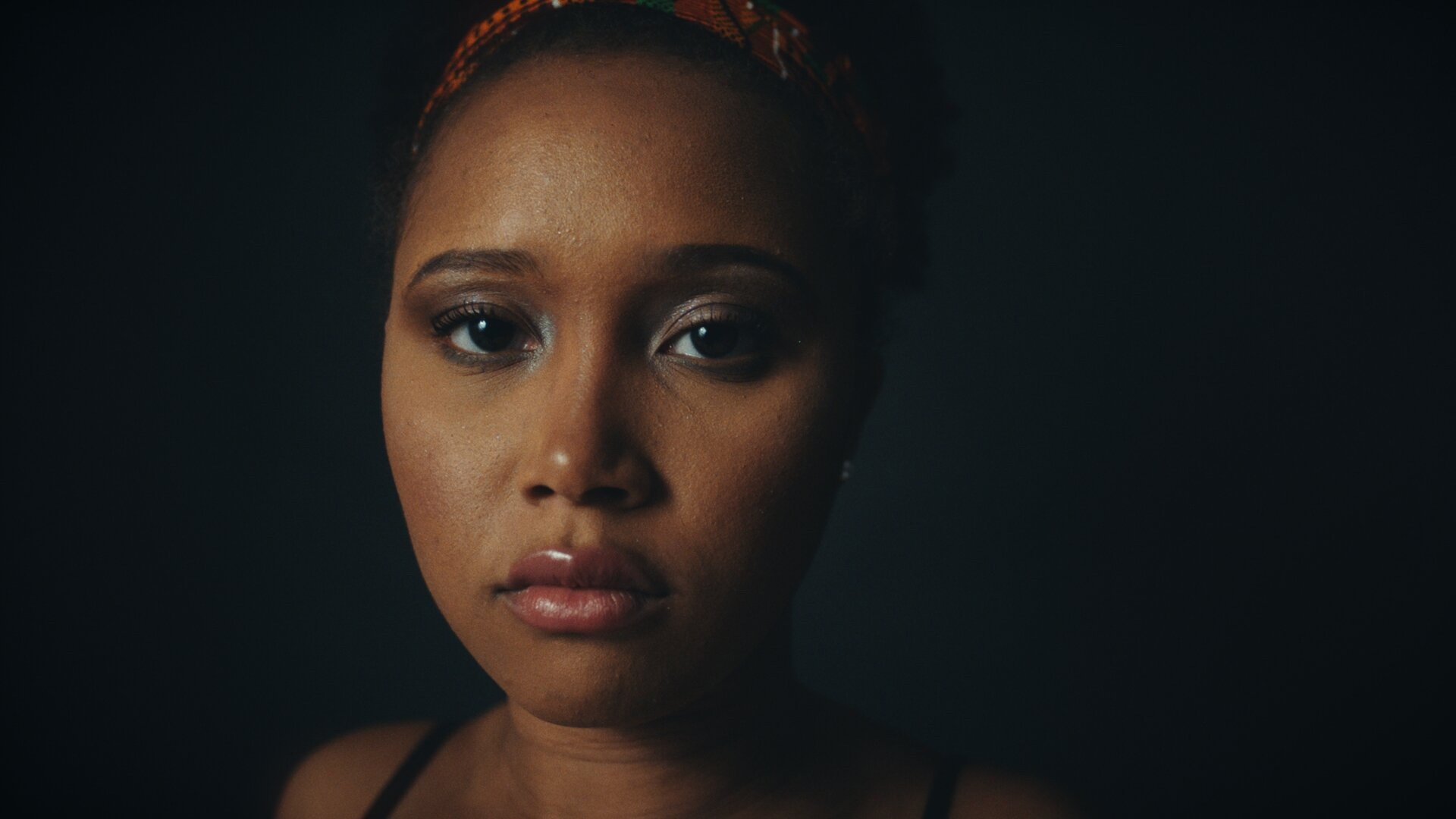 As far as roles like sound designer, this was half my love for sound design and half the deadline I needed to hit to finish this film. I became interested in sound early on. I watched a movie that did not take sound into account at all and saw just how crucial sound is to not just telling but enhancing a film. This film was too important to me to compromise, so it was just instinct.

As for the other roles I took on during production, that was more of a necessity. Surprisingly enough, collaborating, though present, wasn’t super huge while I was there. This may have been because literally everyone else was also trying to make their own films at the same time. In my case, it was also finals season and production went over two holidays. To make the film happen I had to spread myself out to more roles than I intended, which was tiring but rewarding! I will definitely stick in the directing, writing and sound area for the next project though.

I’m currently in post production for my next project, Gold Token. This is an experimental music video that explores tokenism in America, and how the black experience is used and exploited by the media.