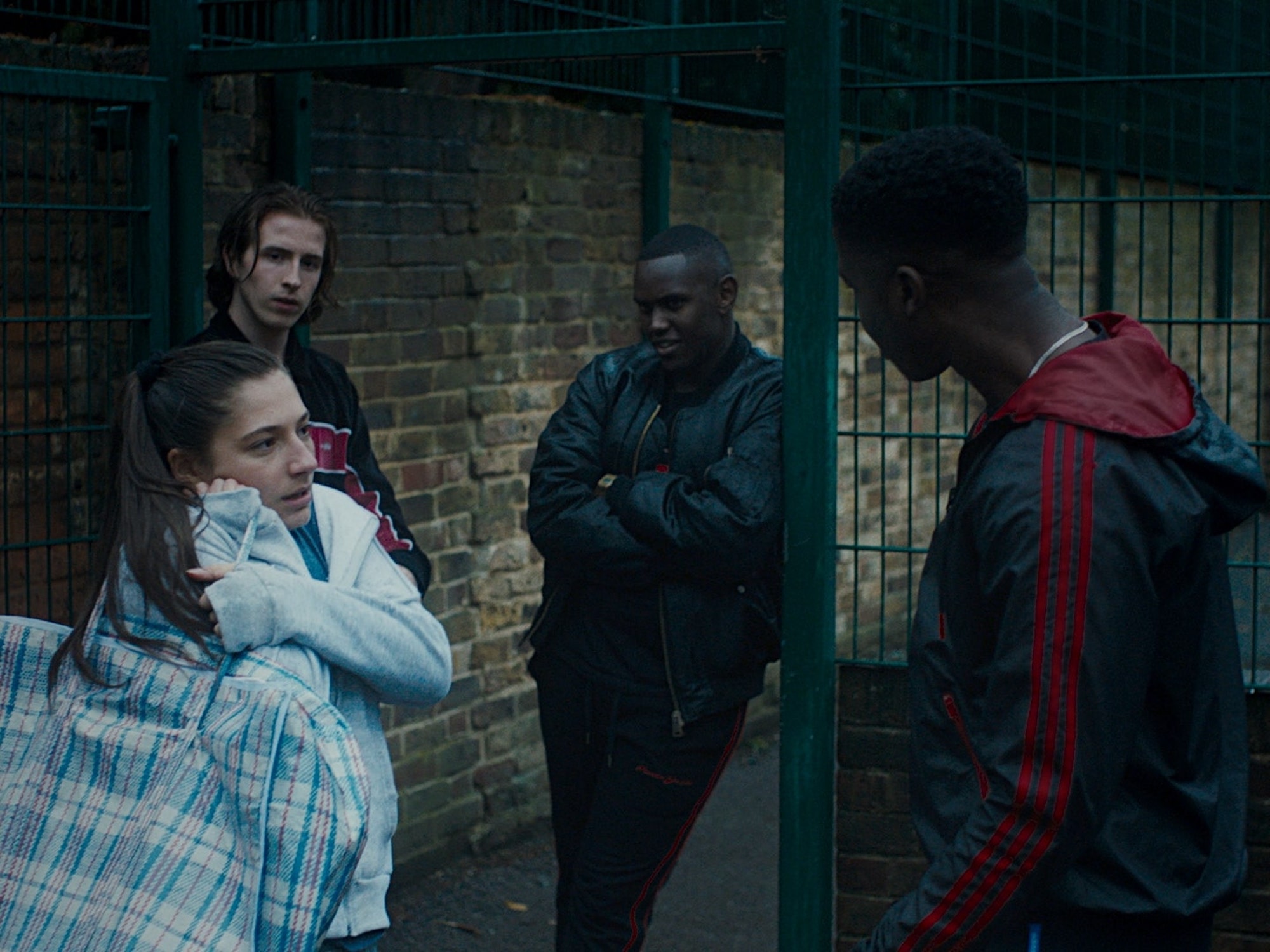 For Rocky the 16-year-old girl at the centre of James Arden’s debut narrative short Leopard, every day in south London is a struggle. Caring for her invalid father, her trips to the launderette are fraught with male violence. On one trip she meets the confident Sasha, who is everything she is not. Feeling the stirring of lesbian desire while battling off unwanted male attention, Rocky’s story is laced with danger but also a smartly rendered resilience. As actor Elisha Applebaum tells DN: “I feel this is a familiar story for a lot of women; a female questioning her identity surrounding social and sexual pressures in the face of everyday misogyny.” As part of Leopard’s DN premiere we talk to writer/director Arden about being inspired by conversations with female friends, creating a claustrophobic atmosphere through a boxy aspect ratio, finding the right launderette and ending the film on just the right note.

Leopard is set in a very misogynist world. In the last few months there have been a lot of conversations about women feeling unsafe on London’s streets. Were you inspired by the current conversation or did this idea come before?

It’s a conversation that’s been ongoing since I was writing the film. These problems are still persisting even as we’re coming to releasing it. It’s one of those things where the conversation is in the media a lot more and I think change is slowly happening. I think the inspiration to write the film in the first place came from chatting to a lot of female friends of mine in the wake of the original Me Too movement, having conversations about how frequently they were harassed, whether it was on the street or acquaintances or family members. From that I built a story about how those little moments could add up to a breaking point.

It was really a great exercise for me to compose every frame as much as possible and have everything serving the scene.

Tell me about the launderette and its use as the focal point for the story?

I walk past that place a lot. We actually shot in Peckham and Camberwell where I’ve been based for quite a few years. There’s weirdly so many still in London and definitely in South London. I don’t understand how they all survive in this day and age. I think they’re really interesting places where people converge and you might come across people you don’t really know. So it just became this place that I kept walking past and seemed like a good place to set this part of the story. I also think it looked cool. The yellow machines are great. The DP and I must have looked at twenty-plus launderettes in London, but that one was the one that we were both set on so we were lucky to get our first choice.

You shoot in this 4:3 ratio. For me it’s a great shorthand for a kitchen-sink, claustrophobic atmosphere. Tell me why you wanted to shoot in this ratio.

It served Rocky’s claustrophobic world. The tight aspect ratio and a lot of the close ups were intended to bring in the walls of her world more and more. In that sense you understand that she’s trying to hide away and not deal with what is happening to her. She just bottles it up until she reaches a breaking point.

There are also lots of shots over people’s shoulders and bodies mixing together. Did you think about this when blocking the film?

Yeah, I’m glad you clocked onto that. There’s a scene where she’s eating with her dad and he’s dominating the frame in front of her and criticising her cooking. I make a lot of music videos in my day job, so it was really a great exercise for me to compose every frame as much as possible and have everything serving the scene.

The cast are great, especially Elisha Applebaum. Tell me about the casting process? Was it a mix of professionals and non-professionals?

It was a mix at the time with semi-professionals at different stages of their career. I hired a great casting director named Sydney Aldridge who helped me pull together options for everyone. Then we had in-person auditions to test on-screen chemistry. Elisha just blew me away: she had this fragility and intrigue that I found was really hard to look away from. After we shot Leopard she was cast in a Netflix series. She’s gonna go far. I think she’s great.

Tell me about Geoffrey Maccarthy as well. He’s very good as Daniel!

He just has this presence and there’s something which he just switches it on which is unsettling. He did a great job with that underlining menace. He understood those aspects of the character without being the villain. Daniel doesn’t necessarily think what he’s doing is wrong. I think a big part of misogyny and the way men are brought up is this idea of playing up to your mates and not fully understanding those ideas of consent. 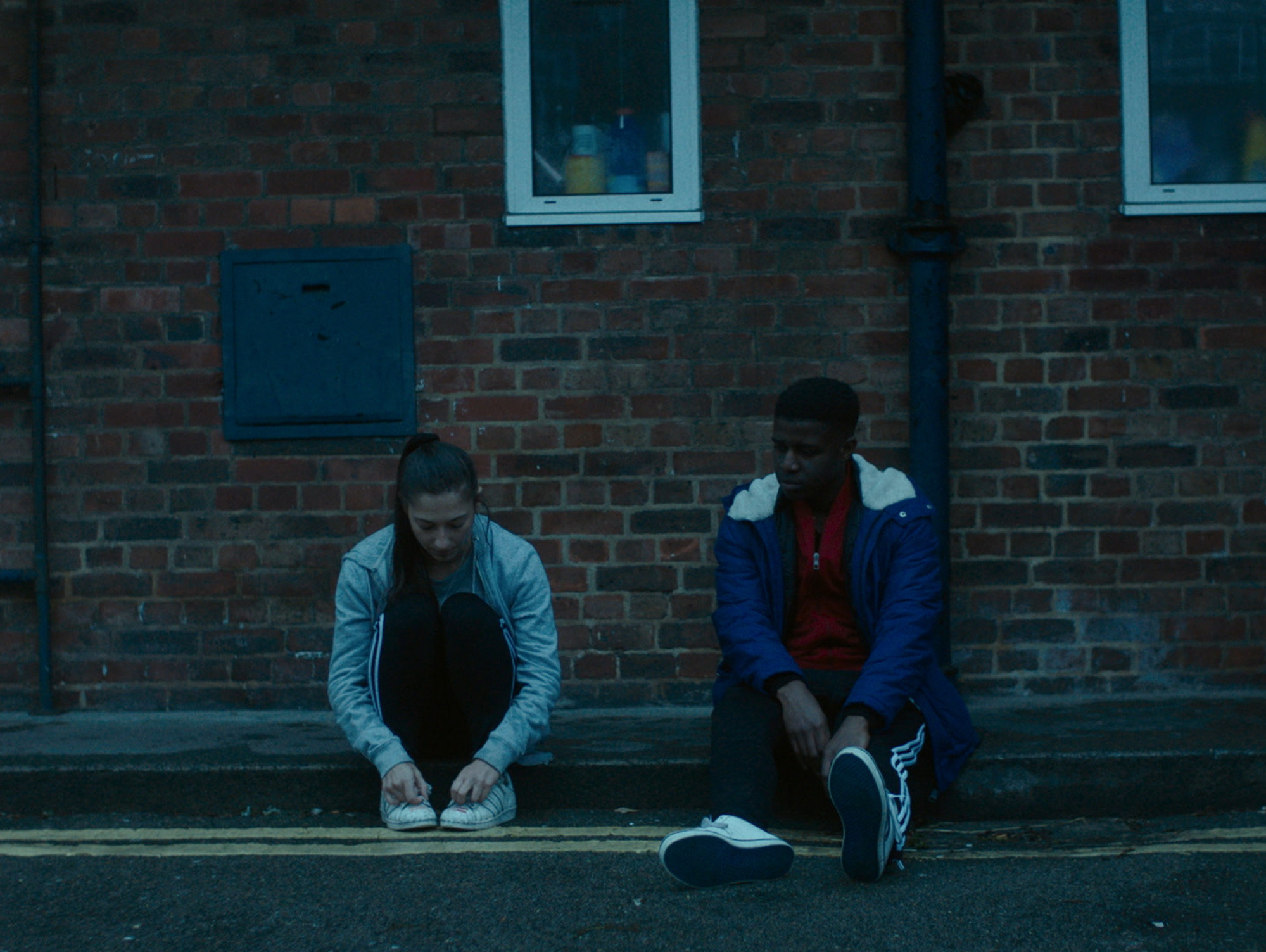 Yes, when I first watched the film, I thought he might become a white knight type character, but then he assaults her in front of his friends…

I’m really glad that came across. That was pretty much the arc that I intended. What initially seems like a promising friendship or something that could blossom into something more just switches. It’s just this series of events where you can see her day getting worse and worse. You can’t excuse his or her father’s behaviour but you see how in their own blinkered view they’re not really appreciating all these things that she’s gone through.

The idea that she could solve all of those issues and come out the winner seemed a bit unrealistic.

And despite there being a lot of misery in the film, it does end on this just-right note of resistance. What was it like trying to craft that so it doesn’t descend into cliché?

I think finding that balance is really important. The idea that she could solve all of those issues and come out the winner seemed a bit unrealistic. The world is a hard place, but I think the progress we make is incremental. I wanted to find that sense of her finding a connection with someone else, like having Sasha as a friend with even something more there, a female connection who can understand that struggle. When we did the end scene where she snaps and throws the washing powder, we actually got coverage of her punching him and breaking his nose as well. But it felt just too much in the edit. I think the single act of throwing the powder was enough. 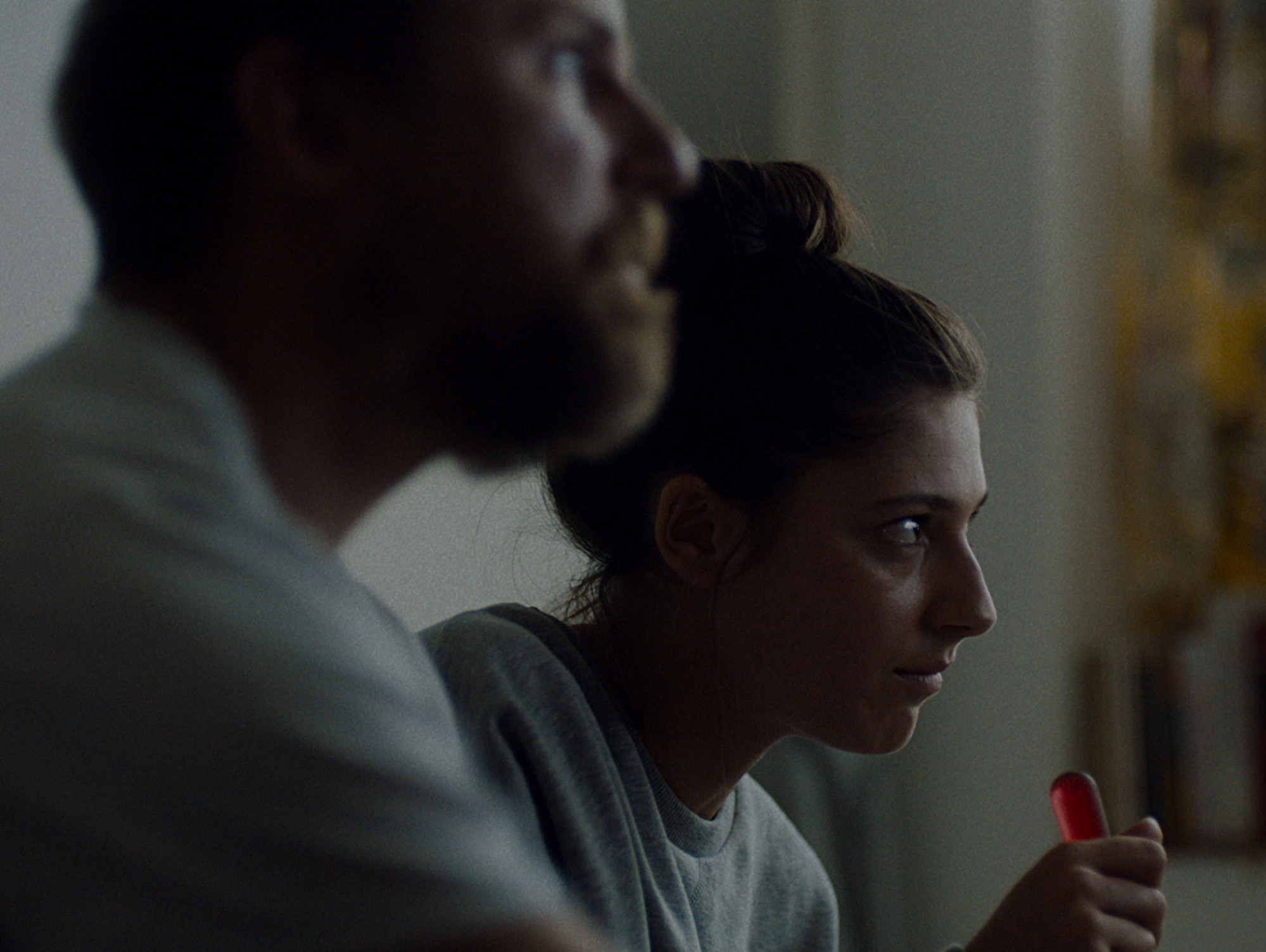 I’m writing a short film about male identity in a post-work world, about how men are dealing with feeling obsolete when the machines take over. I’ve got quite a few scripts exploring different aspects of that which is kind of my obsession at the moment.