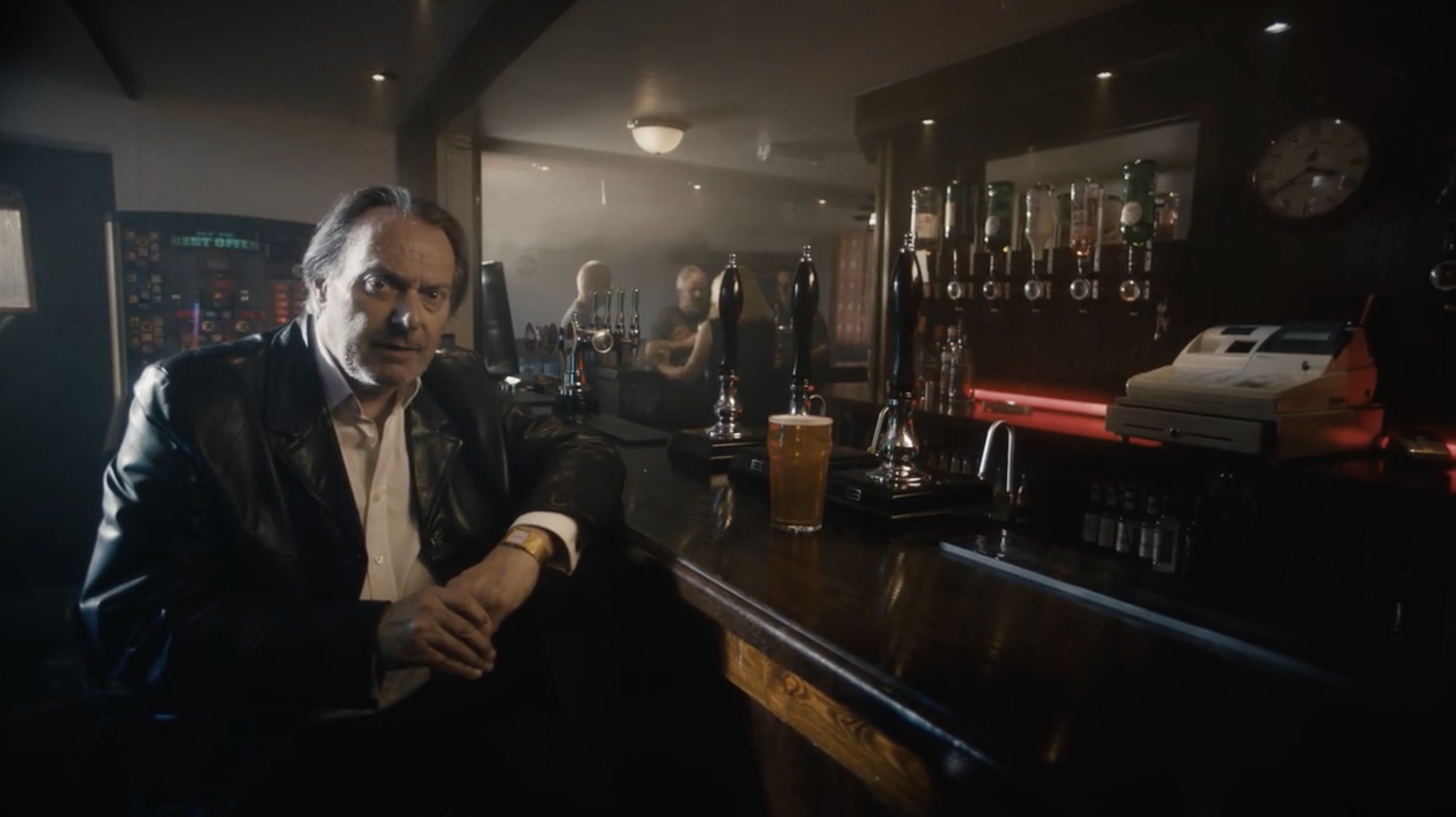 Drawing upon stories from his own youth, Director Liam Young’s Pub Kid is a narrated visual poem which tackles the lingering effect of pub culture on the young. It’s an artistic delve into a world not built for children, where their voices are not heard, and their need for escape is restricted. As made apparent in our interview below, Young shot his short – which was created for the BBC’s New Creatives talent development scheme – in his hometown pub and used family and friends as his extras. This level of authenticity is precisely what grabbed our attention, and is why we’re so excited to premiere Pub Kid on our pages today alongside a chat with Young about how he perfected his script and crafted potent visual metaphors which reflect the titular Pub Kid’s longing for freedom.

What inspired you to create this narrated piece about the influence of pub culture on the young?

I grew up around working-class people and now and again I’d go to the pub some weekends. My parents were never the type of people to get blind drunk and leave me vulnerable, but some of the other kids weren’t so lucky. At times I’d feel the awkwardness of being surrounded by drunk adults and as I got older, I began to see pub kids in a very different light, wondering what they might be going through. I read something about a pub chain banning parents with children to drink more than two pints, I also never realised that being drunk in front of your child was actually illegal. That was when I knew I had to make Pub Kid.

Why were you interested in telling this story through narrated visuals as opposed to a more traditionally structured/shot narrative short?

Children don’t have the authority to voice exactly what they’re thinking, when they’re surrounded by inebriated adults, they’re vulnerable. An adult is narrating because Pub Kid doesn’t have the power to speak up, the narrator also brings us back to reality in contrast to Pub Kid showing the audience the geography of his dreamlike, almost inebriated feeling environment. It also makes for an interesting structured film.

How did you approach the narration? What key themes/aspects of pub culture were you looking to explore?

The key theme throughout the film is escape. The narrator talks a lot about “breaking free” and “shouting out”, however, “no one bats an eyelid” and staying in this pub “is probably his fate”. Automatically we empathise with Pub Kid as he’s in a really uncomfortable situation and powerless, we like him because he’s compliant.

Pub Kid’s main motivation is to get out of there and maybe one day it might be achieved. When thinking about shots me and my DoP Dan McPake thought a lot about visual metaphors. Using shots of Pub Kid looking out into the distance and upstairs shows hope and longing. There was one time when it got really deep and I asked my art director for some butterflies as they apparently represent hope, we settled on some coasters instead.

The key theme throughout the film is escape.

Pub Kid was made as part of the New Creatives series on BBC and supported by Arts Council England, how did you hear about New Creatives? How similar was your pitch for Pub Kid to the final film?

I heard about New Creatives purely by chance that they had popped up on my Instagram feed, it was a really easy process to apply. I remember being at work and getting a call from the distribution centre, who were the executive producers, letting me know how much they liked the idea of Pub Kid and that they would love to help me make it! I spent a few days in Hereford with the guys at Rural Media going back and forth on my initial idea, which barely changed from the final film, I then worked with a poet called Ben Norris to do 17 drafts of the script before we were happy.

How long and challenging was the shoot? Did you have a specific pub in mind for your location?

Originally, we were scheduled to shoot this back in April 2020, obviously because of the pandemic this got pushed back to August, and at the time production across the country was still extremely difficult. We made sure that everything was safe and agreed on a two day shoot. Because we had done so much prep the actual shoot itself wasn’t too challenging, the main challenge for me was making sure each scene looked as authentic as possible, that’s why I had to shoot in the pub I grew up in and knew the most.

Our pub of choice was an absolutely massive place, they’re a social welfare club so it’s always fairly quiet and luckily it was closed on a Sunday. It literally hasn’t changed since I was a kid and after speaking to some of the locals, it had still looked the exact same since the 70s. Tonnes of brown decor with sticky carpets and toilets that looked like that scene from Trainspotting, exactly what I wanted.

Did you cast actors or use locals for your background characters? There’s a real sense of authenticity throughout Pub Kid.

I’ve always used friends and family for my extras, and this shoot was no different. Pub Kid’s parents are close family friends, the tradesman who bumps into Pub Kid is my next-door neighbour, the man in the toilet is my Uncle and the person smoking is my Dad – he hates smoking! Working with friends and family is not only extremely fun but it’s great to let them see me in action, especially my girlfriend and parents. However, the real authenticity comes with the art direction, and without Will Gale, this film would feel empty. Not only is the guy a creative wizard but his work rate is insane.

The main challenge for me was making sure each scene looked as authentic as possible, that’s why I had to shoot in the pub I grew up in.

At the moment I’m heavily promoting Pub Kid on all my socials, every Sunday on my Instagram I post a frame from the original storyboards in comparison to the final shot of the film, appropriately named #StoryboardSundays.

I’m also entering Pub Kid into multiple festivals. I want to network with the right people and somehow be able to make my next idea, which is already written. I’m also working full-time as a producer in an agency writing and directing videos on the daily, which is exactly what I want to be doing!