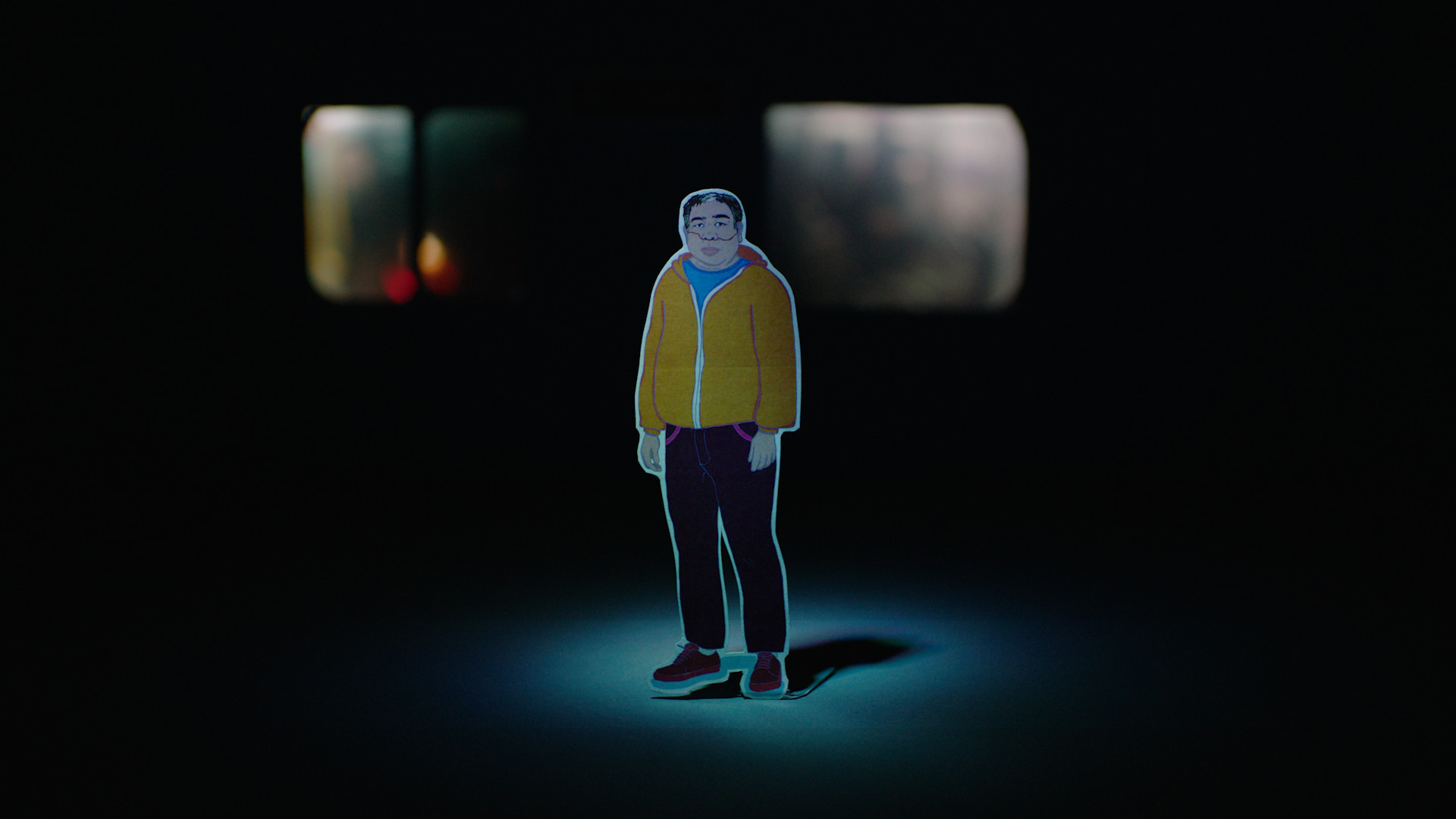 The last year and a half has seen an awful rise in anti-Asian hate crimes committed in the USA, culminating in the tragic Atlanta Spa shootings in March. Sally Tran had already dissected the inability for America to improve its relationship with its Black citizens in 60 Years and Still, which attempted to quantify the immense loss of Black life at the hands of violence since Martin Luther King Jr’s “I have a dream” speech. Now she returns with Centuries and Still, a sweeping look at anti-Asian violence which takes a deeper historical look that spans from the Gold Rush to nuclear testing in the Pacific to the hatred that was renewed as a result of the coronavirus pandemic. It also sees the director expand her toolkit by utilising mixed media and bringing on a larger illustration crew. We talked to her about being affected by the last 18 months of violence, shooting on different formats to reflect different areas, and her plans for potential future instalments of the and Still series.

How did the journey of making this film begin?

As an Asian person living in America, there was no way to escape what was happening last year and the beginning of this year with the rise of anti-Asian attacks. I didn’t realise it was affecting me. It’s really different to how I approached the Black Lives Matter piece because I’m removed from that, although I was affected by it. With this story, because it’s my community, it’s more personal, and it was triggering me. A friend of mine organized this meeting on Zoom where 100 people logged on and most people were Asian women. They were talking about their experiences and I was like: “Oh shit, yeah.”

When researching Asian-American culture, there’s just so much there about how we perceive Asians today, particularly Asian women.

I just realised I was not a very happy person, I was grumpy at work and everything was a bit of a struggle. Then when I started reading and watching documentaries, I realised how little I knew about the history of Asians coming to America and just history in general. When I started researching, I didn’t have the intention to make anything as a filmmaker. But as I got deeper, I thought I should say something. 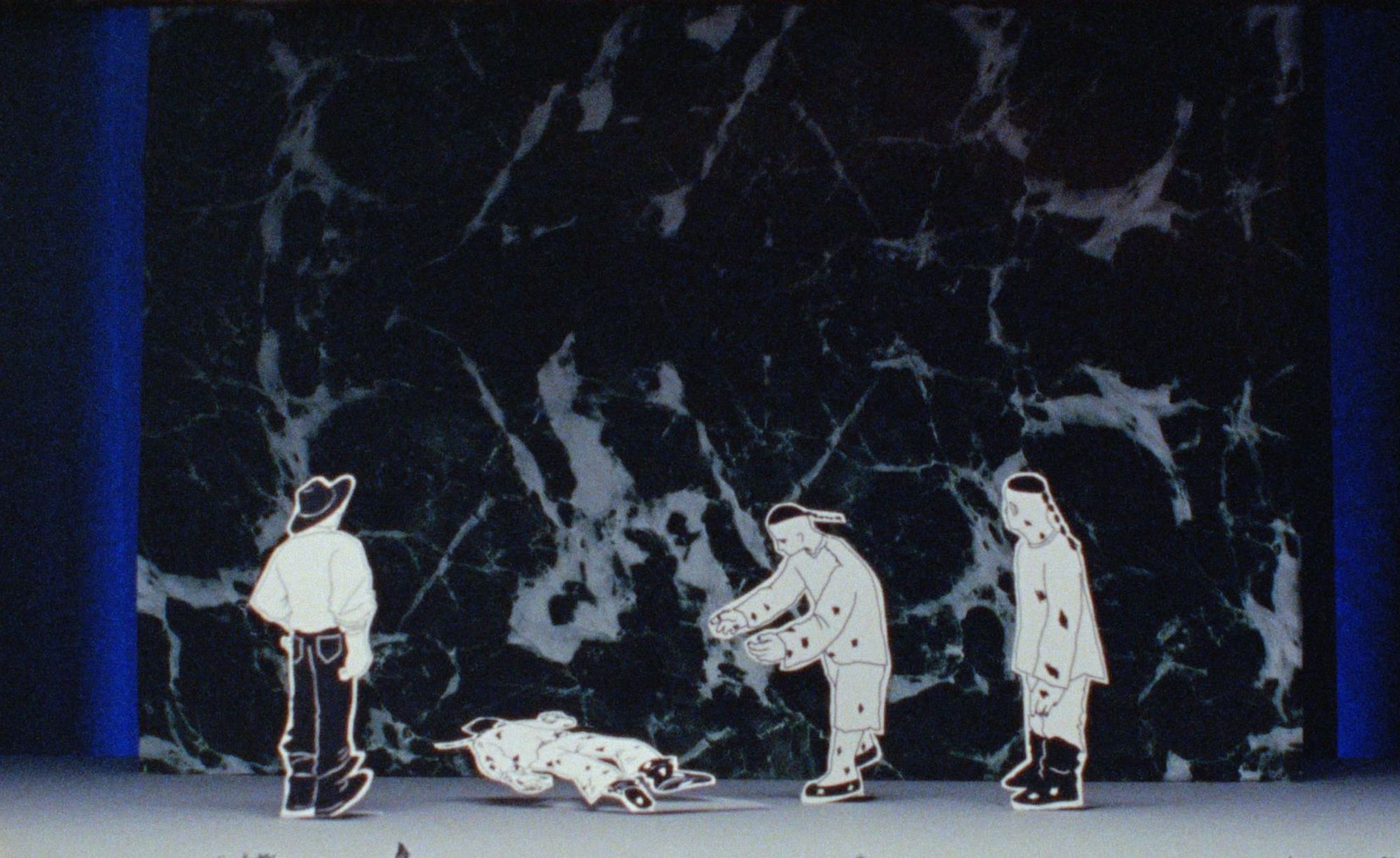 It’s kind of a companion piece to 60 Years and Still, but it doesn’t follow the same format and has a larger historical sweep. How did you think about developing those techniques and ideas you had from before?

With that film, it was about how things just repeat themselves even after this huge, monumental moment in history with Martin Luther King, Jr. The history before that is still so insane and heavy, I don’t think I was the person to tackle that at the moment but it’s certainly something I’m interested in. When researching Asian-American culture, there’s just so much there about how we perceive Asians today, particularly Asian women. What triggered me the most was the Atlanta Spa Shootings, and that was the reason to go so far back to see how Asian women came to America and became sex slaves or a fantasy for men, whether they were Chinese or American.

Instead of making it a continuous shot like with 60 Years and Still with no break in time, I wanted to show these breaks to displays these decades of time. So instead of linking this one tape, we shot in different formats. Anything that was told in the 1800s was shot on 16mm, in the 1900s, up until the VHS era we shot on 8mm, the Vincent Chin story was shot on VHS, and anything in the 2000s was shot on digital. It grounds you a little more in the reality of the time.

What was it like bringing the mostly Asian-American team together to work on the film?

That was also something different to the first film. On the first film I just worked with one designer who illustrated the characters in the film. I really wanted to work with Asian illustrators and artists in a way to amplify their voices. So I decided that each scene would be designed or illustrated by one person, so we can say: “This is their work, this is how they interpreted my interpretation.” Because history is just an interpretation of what happened. This gave them a chance to own that scene and was really exciting for me to work with so many artists.

I’d love to know how you created this flow in the movie, especially with the jumps between mediums.

It was a self-funded project. I put all my money into it. For the three scenes on 16mm and the three scenes on 8mm, we had to be very conscious of the film. With my process, a lot of it is in pre-production. I pulled the audio and cut it together so we would have a sense of timing for those scenes and so that when we went to shoot, we knew the timing of everything.

I really wanted to work with Asian illustrators and artists in a way to amplify their voices.

What was quite time-consuming was the sound design, layering it to anchor it in reality because the visuals are very stylised and there are a lot of things moving in camera. There are probably 50 layers of sound in some scenes. We passed all of that on to our sound mixer who did a really lovely job pulling it together.

So is this a project that you would like to expand with other stories?

There’s so much. I’m in my late 30s and I have the capacity and emotional energy for this kind of work. I feel really stressed out but in a good way, so I know there’s going to be a positive format. I just feel that the voices should be coming from somewhere else. I love the idea of bringing on younger filmmakers and mentoring them and giving them the resources to tell a story that they think is really important for the rest of the world to learn about.

Where can people find out more information and what can they do to sort of educate themselves and arm themselves with the tools to oppose this kind of racism?

That’s something really important to us. We actually have a website out already, which you can check here. There are lots of links to understand more of what happened in each scene. There’s one tab, where I’ve broken down all the scenes and all the materials that I’ve read for each scene, so if someone wanted to look at that Chinese Exclusion Act, I have 20 clips that they can watch specifically on that. But I think I’m also going to create an official proper website and put my money into it, since I have now have two films.

I’m making a Vietnamese fem transgender story, set in New York. I’m currently developing it with an actress as well as writing a feature script. It’s a revenge film but it’s somewhat political and talks about community and policing. I have a really good feeling about finishing this.