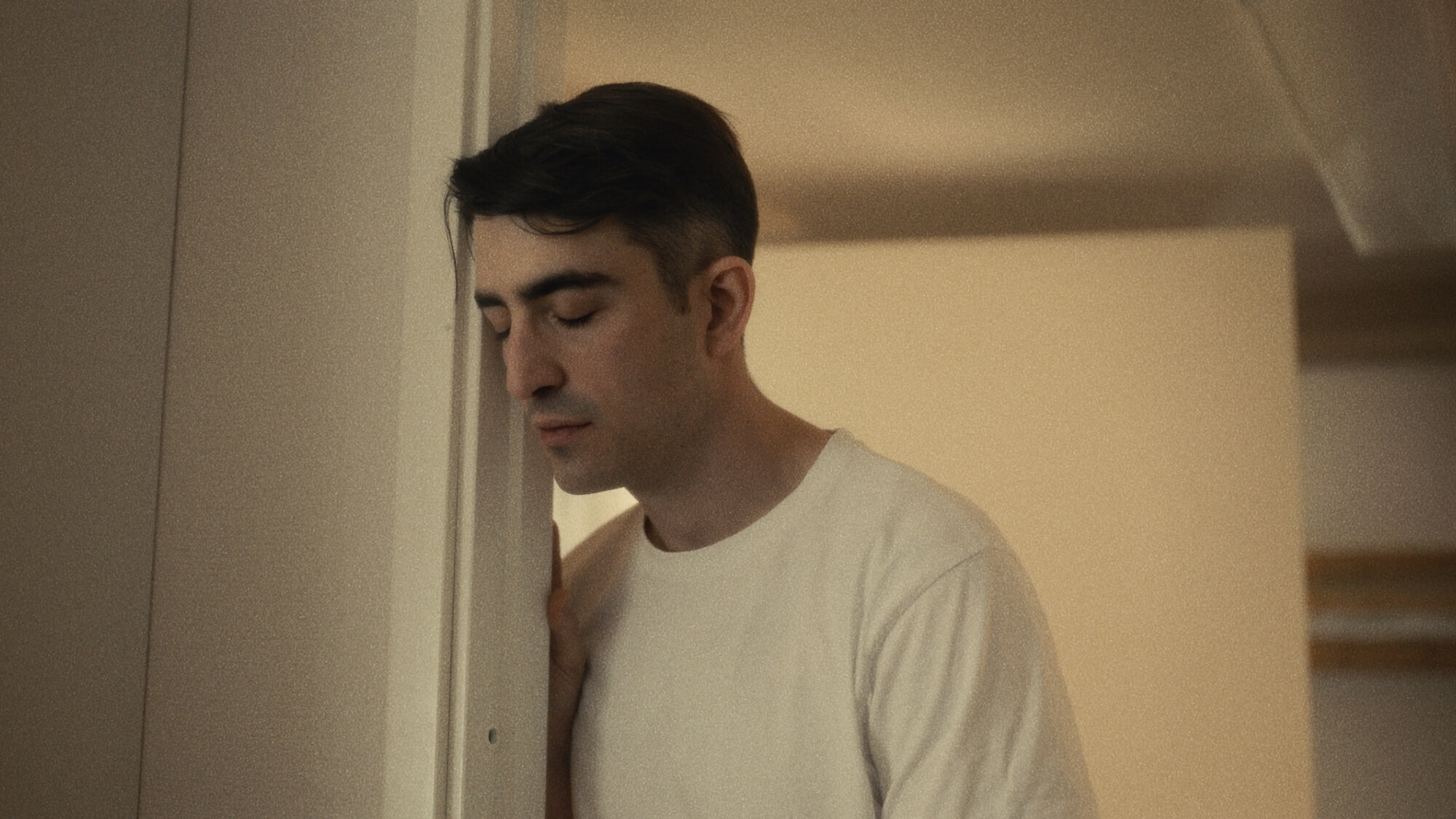 Over the course of the last year there has been plenty of time for reflection on the importance of human connection. After being told to physically separate people emotionally sought to become closer. Art of all variations was one method of this connection, something that Jimmy Olsson’s latest short film Notes taps into. It’s a film about human connection without words. About expression between individuals when they are unable to be in the same physical presence. DN was delighted to ask Olsson, whose reflective work we’ve consistently been impressed by, a few questions about the creation of Notes, the musical inspiration he drew from Beethoven, and the minimalistic approach he took to production.

Was there a moment over the course of the last year that inspired the concept for Notes?

It all started out when I saw this viral clip on Facebook about a guy living alone in his apartment now during the pandemic. He had an electronic piano and one day when he was playing, his neighbour played with him and it turned out that the neighbour was an elderly man who lost his wife to Covid and he used to play for her every Saturday but now this young man and the neighbour played together.

I wanted to make a film where the music is the main dialogue.

I thought this was so heartwarming and I felt I wanted to do something. I wanted to make a film where the music is the main dialogue, the main conversation if you may. I play a little piano myself and I listen to a lot of piano music and it is such a great storytelling medium.

What inspired you to bring in the breakup narrative in addition to these two people connecting over music between walls?

I wanted to create in a short time, a drama and I wanted to convey absolute loneliness, a sudden break up creates that. The feeling of rejection makes you powerless and the music behind the wall was the comfort of someone hearing you or knowing what you are going through.

What was the next step in taking it from an idea into a fully-fledged production?

When you first spoke to Phillip how did you describe the character he would be playing?

Nothing special, I told him that he was going to play a character that is alone and that he needed to learn how to play the piano. The story is simple really but the trick was for me was to try to make him understand what the Beethoven piece was about for me. I think he understood that and acted based on that understanding.

How did he find the process of acting alone for most of the film?

That wasn’t really a problem. I think a lot of actors like to act with their faces rather than just talking. It’s a bigger challenge to convey subtext without actually talking and therefore more fun.

When it came to the actual music how did you hone in on the specific pieces you were looking to include in the film?

I knew immediately what kind of pieces of music I wanted to use. The fifth piano concert by Beethoven is one of my favourites and I loved how the Dardenne Brothers used that piece in The Kid with a Bike ten years ago. I contacted Fraser A Campbell, a composer, and he and his friend have been a massive help with this project, playing and recording the music bits. I asked Fabrizio Paterlini if I could use one of his songs for the end credits too and he agreed so I’m very happy about that. Philip doesn’t play the piano at all so he had to practice for a month this specific piece by Beethoven with the help of YouTube tutorials.

The story is simple really but the trick was for me was to try to make him understand what the Beethoven piece was about for me.

What was it about that Beethoven piece the attracted you to use it?

That piece really raised a lot of emotions within me the first time I heard it. I saw images when I heard it, I saw a dynamic conversation in the piece and saw something bigger in it. I really can’t explain it better than what actually happened within me. 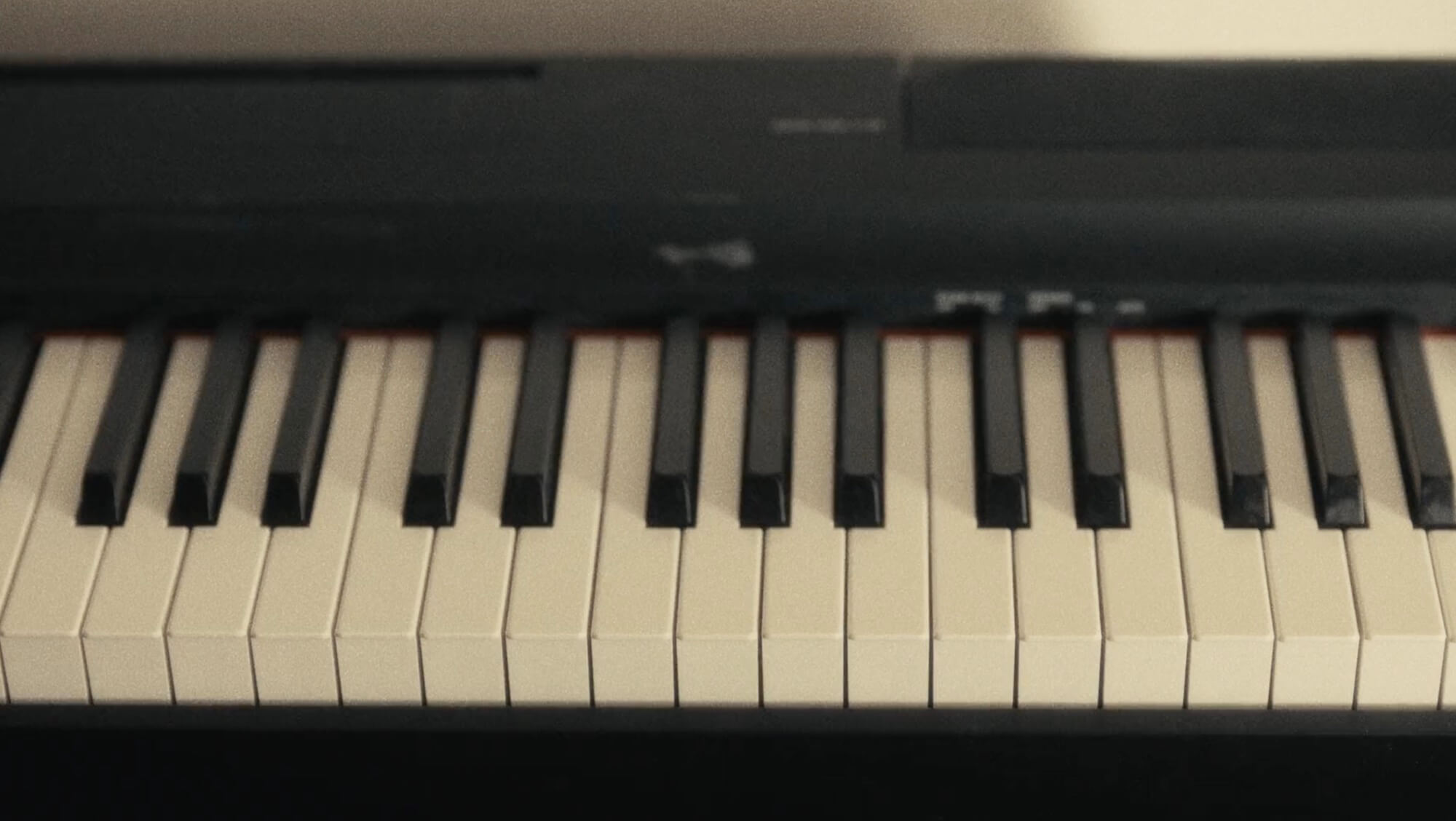 What do you think music can communicate which words can’t?

Music is so descriptive and I think a great piece of classical music is almost like a flowing piece of art and it can consume you and surround you with emotions that I don’t think words really can.

Notes mostly takes place in a single location with a single actor. Did that allow production to run fairly smoothly? Similarly, because of that minimalistic approach, did you have to rely more on sound design in conjunction with the music to support the visuals?

Since we only used one location I felt this was a fairly simple production to produce. I only needed a small crew and I made a plan where we only needed one long day of shooting. Emil Klang, the DoP, had an Alexa Mini LF and his own lenses so we used them for the shoot. He wanted to use a stocking to make the look softer and we didn’t use any lighting at all except for a few practicals.

I contacted Emil Axing who usually does the sound design on my films and I told him about the project. I told him that this film was more of a sound design film and he was very keen.

How long did it take to create Notes from start to finish?

When I saw that clip I think it was March 26th. I wrote the story in 45 minutes, a treatment of it. It was the next day that I called my DoP and Philip Oros and asked them to be a part of the project and they agreed. Philip practised the main piece of Beethoven for a month, we shot the film on May 2nd and it was completely finished by mid-June. So it was a quick production. We shot the film in one long day. I’m really happy with how it turned out.

I’m working on several things. Two series that are in development and I’m also writing two features this summer. I’m finishing another short, a comedy that is a part of my mockumentary series of fictional children’s books characters. So yeah, I’m keeping myself quite busy. I’m hoping that Notes will have a great impact on the festival circuit.