Sibling relationships can be incredibly complicated, lurching between deep love and hate in the blink of an eye. David Zinck’s Sisterly Love (Pigestreger) finds the violent heart of such a connection by setting this relationship within the context of a Copenhagen girl gang. Taking place over one fateful night, the handheld camera rushes alongside their escapades like the cinematographer is reporting from a war zone, creating an immersive tale of a young girl trying to impress her older sister despite the dangerous circumstances. Making its online premiere here today, Zinck joins us to discuss why he wanted to explore sibling rivalry, scouting out the right suburban locations, the magic of low-budget productions and planning every detail carefully before ripping up the rulebook once shooting began.

In your director’s statement you wrote that you are an only child but this film is about a sibling relationship. Was there a desire here to explore what you might have felt if you had your own sibling?

Yeah, I think that’s the inspiration for the story. When I was younger, I would have my friends while most people had siblings. I was always interested in how siblings can go from loving each other one second then hating each other to the bone the next. They have this kind of bond that I don’t think you can compare to anything else. It’s not like relationships or friends. And I’ve always been a little jealous of that and wanted to investigate how that bond can be with a story of a big sister trying to outgrow her little sister who is catching up.

And you find a good physical correlation for that by being based in this world of girl gangs as sibling relationships can be violent. Did you find this was a good way to explore this through physicality?

Definitely, I think what you’re saying resonates a lot. Because these girls are still kids, you know, just playing around and not knowing the boundaries or the consequences of the violence they are partaking in. I agree very much that the playfulness of how it can be between sisters can become violent, which is usually consequence free, but in this case it goes beyond the normal sibling relationship. 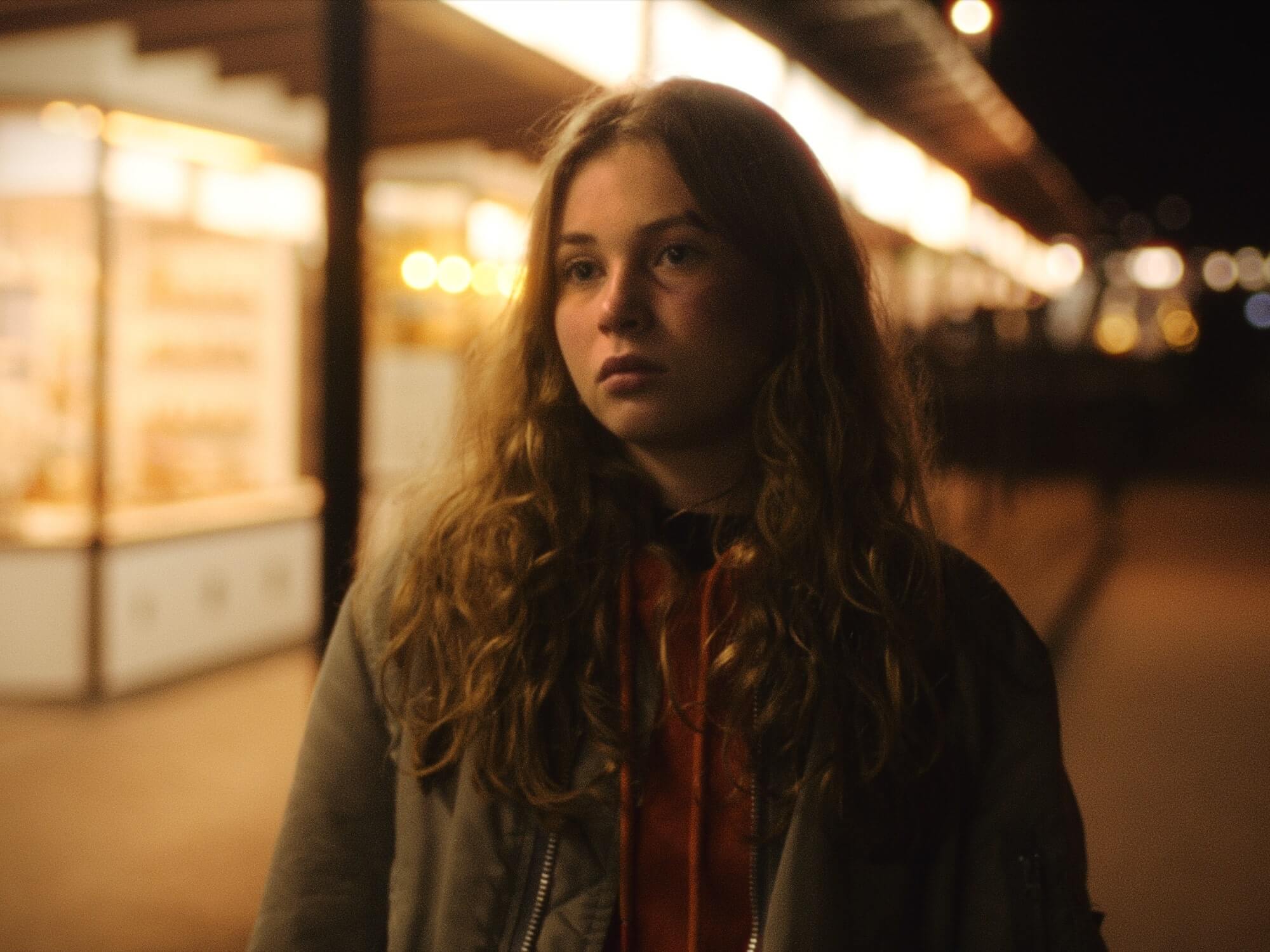 Gang films are a very male-dominated world. Here you flip the script. Did you want to consciously make it a different kind of gang story?

I ‘was’ thinking about myself and having a brother, but then I thought about my girlfriends and how they had a sibling relationship. The sisterly relationship seemed a lot more interesting to me because there’s already the common notion that boys fight. I saw a more dynamic opportunity in using girls. The movie was not supposed to happen over just one night, it was supposed to be a longer thing where there would be a lot of manipulation going on. I also came up with the idea to remove boys entirely from the universe, so even though there are some party scenes, you won’t find any guys at all.

I really liked the versatile camerawork which helps to keep up with the girls. Tell me about the set up and the choice of going handheld.

In general, I’m a director who likes to plan a lot and then throw it all out on the day. In this case I knew my DOP quite well and what he could do, so I was very confident to let him follow what was going on. It made it easier for me to focus on the girls and the blocking and the acting in general. And for me, the best moments always come from something that’s not planned. The best part of handheld is that you don’t plan too much: you shoot one direction, shoot the other one and maybe put on a longer lens or something and it just makes it more fun. It added a lot of style and tempo to the movie. It feels like the camera is one of the girls moving along with them and trying to keep up. 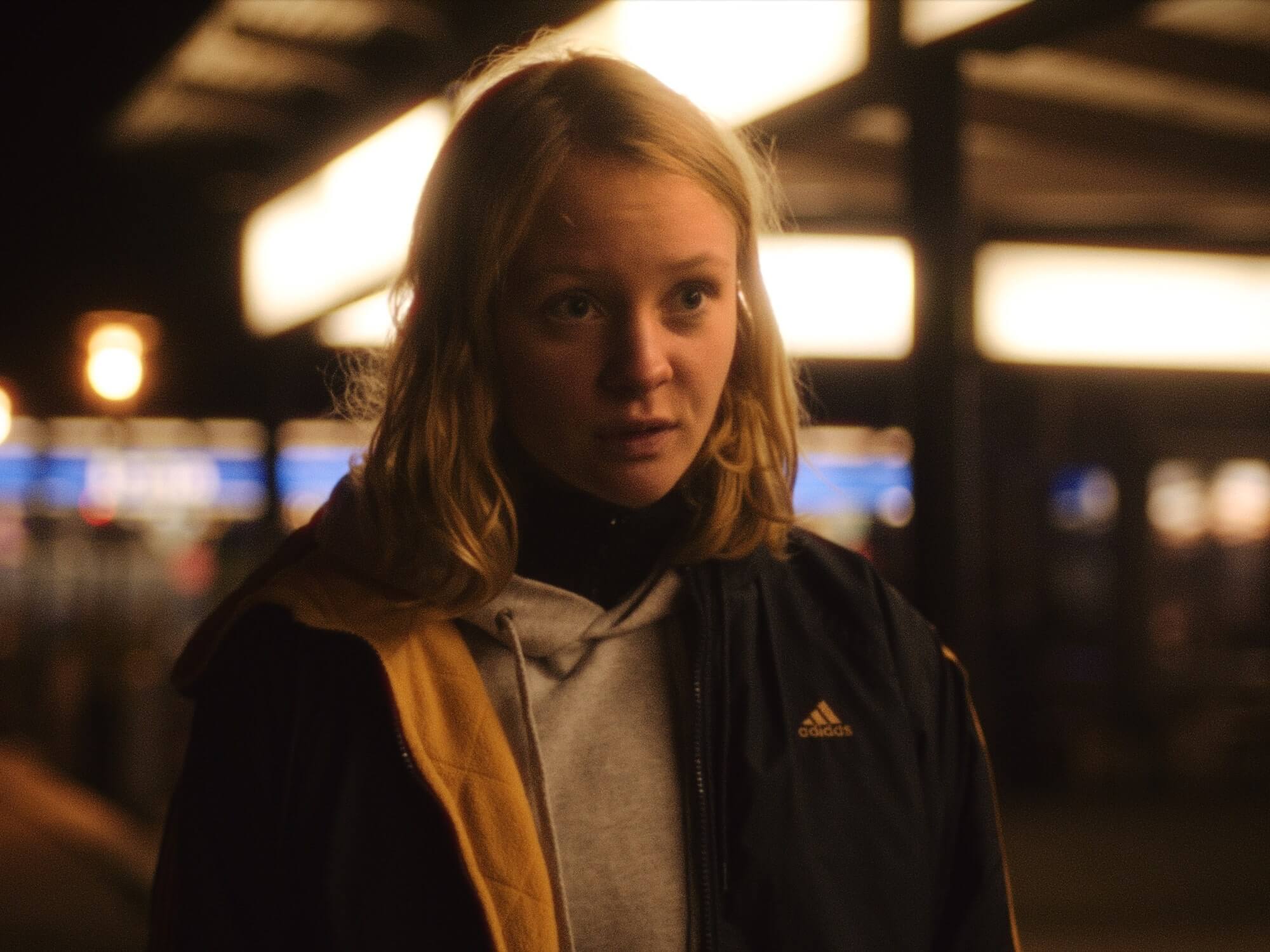 In the second half the film moves from this realism to a more dreamlike kind of vibe. Did you always intend to move into this space in the second half or is this something that came through in the edit?

The specific part you’re mentioning was actually written in the script and was thought through to bring the pace out of the movie because there is a lot of action. It takes time to reflect not just on the actions that have just happened but the whole sister relationship in general. I also thought it was a nice idea to do slow motion, which is not something I’d usually do, and combine it with these overlapping scenes. At times the viewer might be confused, but I think as long as you’re on a par with the psychology between the sisters, then you can just follow that.

Tell me about the Copenhagen locations.

It’s the suburbs basically. It feels very homey to me because all of these locations are places that I knew before we went scouting for the movie. It was an amazing time: I could take the DOP out and scout for nice lamps as we needed to focus on natural light. A lot of the locations, like the tunnels, where I would walk home from school, really resonate with me. We also didn’t want to shoot in the middle of Copenhagen as there are tons of people.

The best moments always come from something that’s not planned.

The girls themselves are great. Was it street casting or are they professionals?

The main actor Alvilda Lyneborg Lassen is, funnily enough, the little sister of a friend of mine, so it was easy for her to get into the role. She has done quite a few short films already. The same goes for Ida, as Anna Olympia Bøss has been on TV. The other girls have also done short films. We went on Facebook groups in Copenhagen looking for amateur actors and also reached out through our network to get the right names.

The production was very low-budget. No one got paid, and I think it’s probably the lowest budget film I’ve done. But everybody was very happy about the project. That’s the great thing about indie films. A lot of people just want to do their best.

I’m currently writing a script about losing a child and gaining a new one. It’s about an elderly couple who rent out a room in the room of their son. That’s more of a melodramatic story than what I usually do about loss in general.