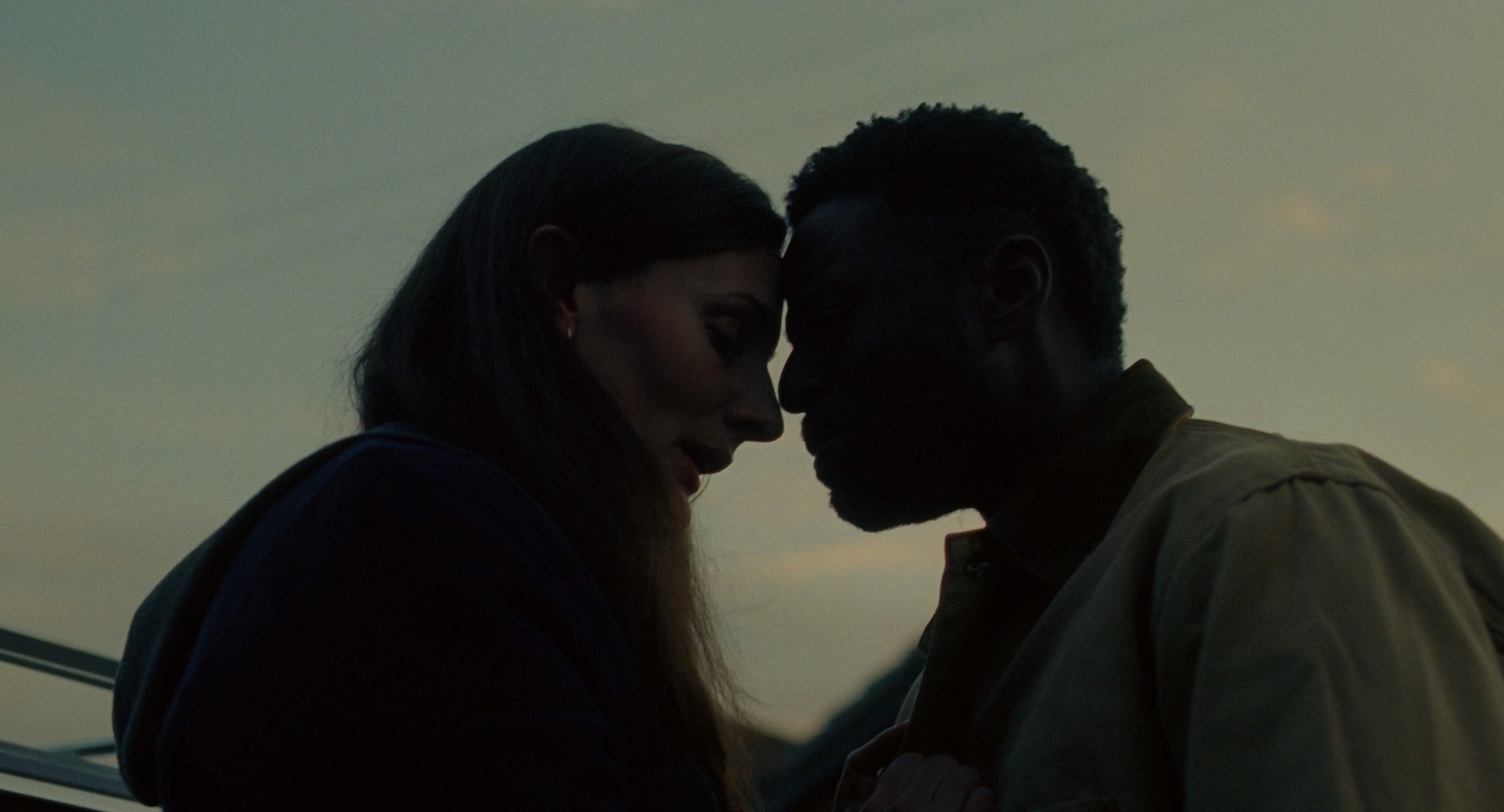 How do you represent a feeling that seemingly cannot be described? Especially one that persists despite all of the odds stacked against it? This is the question at the heart of Hope, a bittersweet French-English language tale about two parents searching in vain for their lost daughter, alighting at an American-style twenty-four-hour dinner that feels like everywhere and nowhere, a place where dreams collide and disparate people meet like ships passing in the night. The film is at once a personal reflection on the burdens of fatherhood, the realisation of a childhood desire and a seemingly last-chance exploration of narrative storytelling. This is evidently an important project for Writer/Director Shaun James Grant, who previously made his name working in music videos and commercial filmmaking. He joins us below to talk about finding the perfect location, creating emotion in the writing process, and his plans to adapt Hope into a longer-form USA-set TV series.

The film is titled after one of Emily Dickinson’s most famous poems, “Hope” is The Thing With Feathers and features it at the beginning and end. Can you tell me about your relationship to the poem?

As we were going through the writing process, the poem was actually late to the script. So it didn’t necessarily inspire the story, but we know that it was about hope. I wanted something that really encompasses things for me in a way that would lay down the sentiment of what these guys are feeling right from the get-go and also summarise it in the end. As part of the backstory, this was actually the favourite poem of the characters. It just sort of fell into place on draft two of writing: that’s the thing that we’re looking for, that really gives you everything you’re trying to say. Because when you’re trying to get your story across in short films, you don’t have a great deal of time but equally, you don’t want to be too on the nose. So this felt like a nice bridge in order to get us there.

A lot of time was spent on backstory, that’s why you get a film with very minimal dialogue.

What were the other key sentiments behind this tale?

This story came from fear. I was 18 months into being a father at the time. My daughter was relatively new to the world. I was trying to figure out what it is I wanted to grow into and become. I think a lot of it was about legacy and what I wanted to leave behind. I had this innate fear, for the first time in my life, of losing something that I valued more than anything else in the world and that pushed me to go through a cathartic process. The film was born from that parental feeling, asking the impossible question: what do you do if something’s taken away from you? I think we all pose those questions, it’s part of what filmmaking is.

I was really considering hanging up my filmmaking boots. I’d never made a film before, I come from a music video and advertising background. I felt like I wasn’t expressing myself in the way that I wanted to. We all kind of go through these deep lows. I thought I may as well make a film first. If I came away from it, expressing what I wanted to, then I could keep going. So it was born from all those individual things, really.

When it came to the writing process, what was it like trying to capture the mixture of hope and despair inherent in the film?

Before I wrote anything, the thing I needed to try and understand was: who were these people, where are they coming from and where are they going? Once I understood that it allowed me to be brave on the page and write the nuances as they would most likely have been in the room and not just serve the audience information. That gave me a sense of relief. A lot of time was spent on backstory, that’s why you get a film with very minimal dialogue.

I think in that situation, they know what they’re doing, they’re exhausted from doing it, but they’re persevering. So the majority of language that lives in the film is through this exchange of energy between two people as opposed to words. I trusted that process. And the two leads, Jane Dowden and Yann Gael gave that so much and more. They really took on board the essence of what we were trying to do and the feeling and motivations of these characters.

What a lot of non-English people don’t know, is there are quite a lot of American-style diners on dual carriageways across the country. I went to one in Cornwall just a couple of weeks ago, but it was far more over-the-top than the one in your film. How did you find this place? Was it already in mind or did it come through location scouting?

This diner was actually the thing that inspired me to make a film there in the first place. It was the original character. Whatever the story was going to be, it was going to be in this diner. That’s because, when I was a very young boy, we lived in Sheffield but my dad lived in London for work. We’d drive down every fortnight, whether it was by car or coach and we’d always go past that diner. As a kid, I was like: “I want to stop and get a burger” and my mum always said no. So it was always that childhood dream of wanting to stop and eat there. As an adult, I used to commute from London to Sheffield and I went on the M1. One day, the M1 traffic was so bad I took the A1 instead, and lo and beyond, the diner was still there and brought back all these memories.

There was always this curiosity. We never stopped. We were never able to go in. I still never stopped but I’d drive past it in adulthood and be like: “Who’s there? Why are they there?” The place was always open. So when I challenged myself to write a story, the diner was the first thing that came to mind. Before I wrote the script, I emailed the diner and they replied: “Yeah, it’s going to cost X amount and you can do it whenever you want.” That just gave me a lot of confidence to go and readjust the location. I saved our department a lot of stress. My co-writer Luke Shenton-Sharp and I worked on it all day and eventually the story of the film just started to materialise.

When I challenged myself to write a story, the diner was the first thing that came to mind.

I read that this is a proof-of-concept for a TV series? Can you tell me what that might look like?

The film was not made with a proof-of-concept in mind. It came up in prep when I was on the way to a scout. At that point, I knew the film was going to happen. This was just before the pandemic — we shot it in February 2020. Towards the end of that summer, I began to realise I may never get this much time again, so I started focusing on the idea of a TV series and now we have a script for episode one. It’s a one times eight series set in Massachusetts. We’ve done a treatment and a visual mood document for that. We’re circulating that around and seeing who will bite onto it. 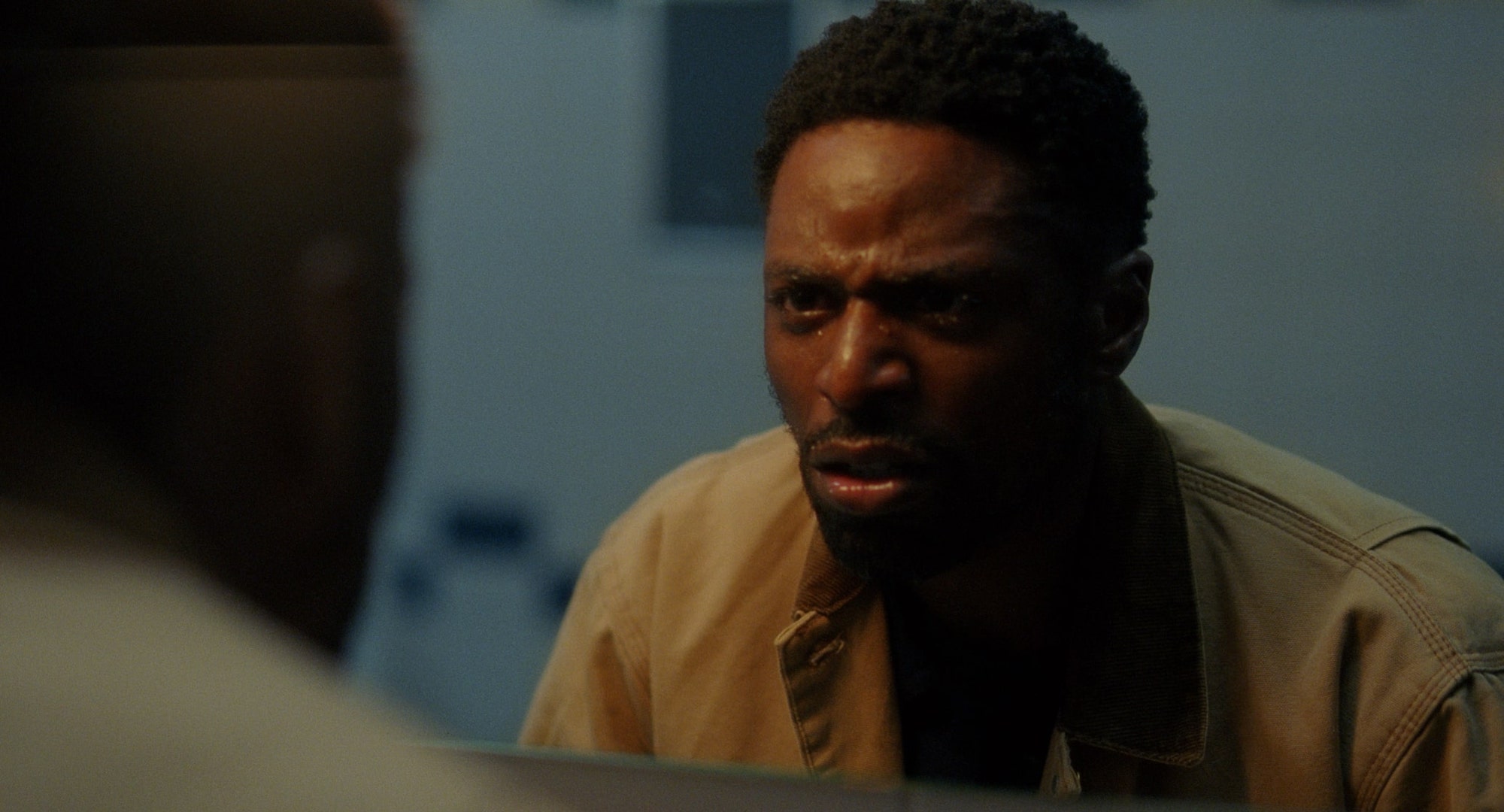 What else are you working on?

I just finished another film called Sinking for Women’s Aid which was released not long ago. I’m sat in my shed/office now working with Luke on Zoom for another series we’re writing called Bastards. It’s about four kids in South Yorkshire in the 90s dealing with the feeling of identity and loss and what it is to be a kid essentially and the differences between them. I’m also working on some things in the commercial space and writing a feature. Hopefully a lot of narrative over the next few years. I’m just trying to get my head down, invest and see what comes out on the other side. That’s all I can do really.