Andree Ljutica, who we last featured with his single-shot LGBTQ drama How to Say I Love You at Night, returns to our pages with unconventional documentary short Seven Hundred Fifty-Six. Ljutica’s doc is a pertinent look at Leah Faria, a woman on her 756th day away from a life sentence in prison. It’s a gripping and eye-opening look at a life on parole that is captured through non-traditional means. Through a blend of reenactment and some heavily narrativised planning, Ljutica takes the viewer through a day in the life of Leah and draws us into her world. What unfolds is a truly unique and empathic experience, which DN is delighted to share on our pages today accompanied by a conversation with Ljutica who breaks down his singular approach to documentary filmmaking and the decision to capture Leah’s story across 35mm and hi8 formats.

When did you first come into contact with Leah?

I met Leah years back through friends involved with a program that helps formerly incarcerated men and women acclimatise to life after prison. Given my own family’s proximity to the penal system, a project dealing with incarceration was always thematically interesting to me. However, it wasn’t until I met Leah and we connected over the pandemic that I really allowed myself to touch this topic with some intimacy. Somehow, her openness toward an otherwise prohibited subject was really motivating. And in fact, this inspired the overall tone of the piece. In working with Leah, what became clear was that this shouldn’t be a conventional documentary; one laden with statistics and unfortunate data to motivate emotion, but that Leah’s spirit and deterministic attitude toward change should become the hook for galvanizing awareness. For example, just show Leah doing her thing and people will fall in love.

What became clear was that this shouldn’t be a conventional documentary; one laden with statistics and unfortunate data to motivate emotion.

It’s very gripping in that sense. You’re just focusing on her in the here and now.

We really didn’t want this film to be about her past either, which in many ways is brutal and agonizing. Instead, what was more important was to depict with accuracy the realities of her life on parole, on day 756 as it were: caring for her mother, being there for her son, her grandson, her nephews, her community of other domestic abuse survivors, her job, her clients, and so on. It’s like, Leah is a convict, yes, but she is also all of these other things and this is what it looks like. From an entertainment perspective, I just tried to shape all of this into a story with stakes and intrigue and movement. 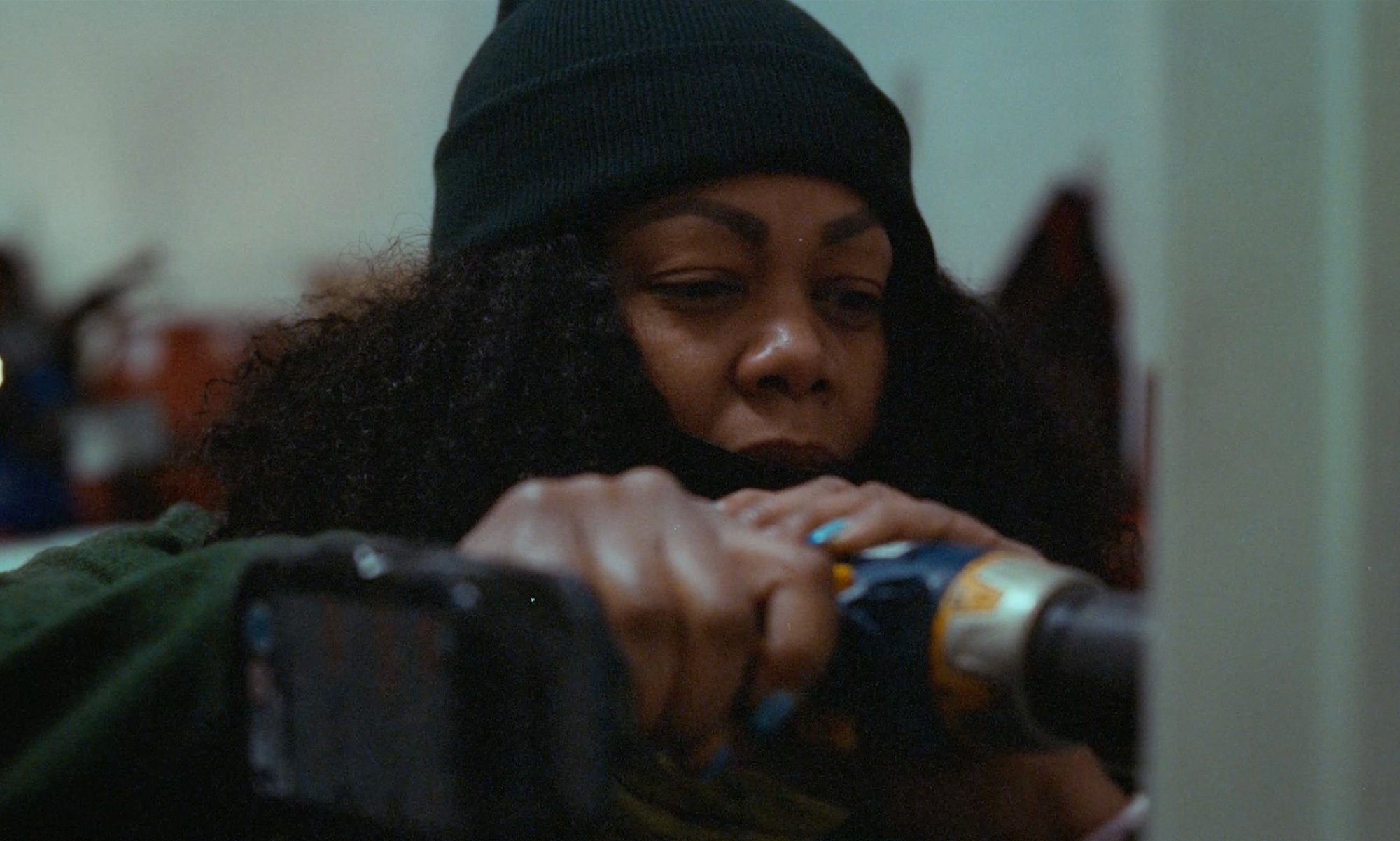 As you’ve already mentioned this isn’t a traditional documentary. How did you plan or narrativise the film during pre-production?

Knowing that we didn’t want this to be a traditional observational documentary, we approached the planning as we would a narrative film, but with considerable latitude for contingency. It was more that we planned for locations rather than specific actions, concepts rather dialogue. The set ups in the film are essentially based on Leah’s real encounters and in this way, the piece is a sort of reenactment, but only sort of. There’s a real distance between fact and fiction in the right areas, I think.

You captured the majority of the film on 35mm, what is it about that aesthetic that you felt worked for this project specifically?

I wanted to shoot on 35mm because of its obvious demands, that it necessitates a certain pace and consideration with every take. It didn’t feel right that our filmic journey be unencumbered or smooth given all of Leah’s challenges. Shooting on film felt like the choice her story deserved. I also think that New York looks great on film. I tend to be very strict with visual language, especially in focused single character-driven shorts and in this case, Matt Klammer and I stuck to one lens and tried to maintain a consistent visual distance for Leah, only shifting the focus at times to refer to her progressive state of exhaustion. From the beginning, I wanted this film to feel intimate and warm and for the audience’s experience to be locked to her subjectivity.

Shooting safely during a very cold Covid January was challenging, but we all retained a positive attitude, I think motivated mainly by Leah and the collective privilege we felt in being able to craft her story. Also, her mom made us some killer pepper sauce.

There’s some hi8 footage in the film too, in addition to the use of interviews of other formerly incarcerated women, what inspired those creative choices?

Months before production, I sent Leah a hi8 camera and asked her to film whatever she wanted. Not only is this her explicit cinematographic contribution to the film, but it also plays an important role in grounding the piece within the space of documentary. Against this footage, we placed interviews I arranged with other formerly incarcerated women as a way to contextualize Leah’s story in the realm of other not so dissimilar occurrences. This of course relates to our project of referring to incarceration’s unfortunate proximity to over half of Americans and the paradoxical reticence for discourse.

You edited the film yourself but did you bring anyone else in to look at the film and add to your vision for the project?

Thankfully, once I had a rough edit, finding other talented people to attach to the piece wasn’t so challenging, a few of whom I turn to at the conclusion of most of my projects. Namely, Eli Cohn and Josh Bohoskey. Eli’s attention to sound detail and naturalism align so neatly with my film sensibilities, that working together at this point is second nature. With color, the Mill in New York has been so consistently generous with their resources and always interested in taking on projects of this ilk when the creative appeals. Josh has been a wonderful post partner to me over the years with a keen eye.

Through a previous collaborator and friend, I was introduced to Rob Frye, who makes experimental jazz with his bike, literally, in Chicago. I was immediately attracted to his mind and he seemed to get the project, so it was an easy fit. Editorially, a number of scenes are missing, though a piece like this is essentially about rhythm and so I had to be a strict editor. I consulted with Dragan von Petrovic, whose ruthlessness toward concision helped this director make certain, uhh, choices. 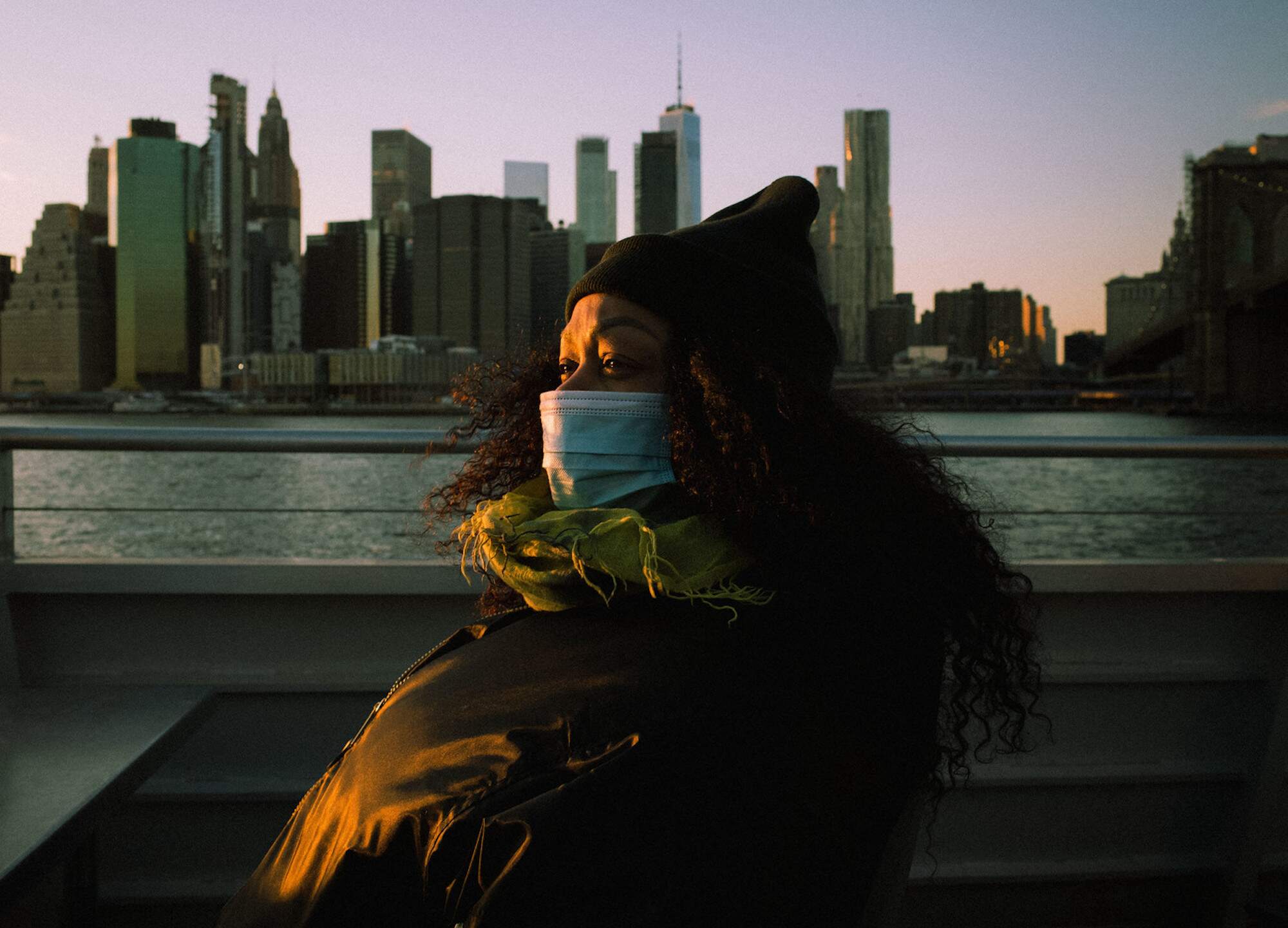 You mentioned that in planning the film you considered locations and moments as opposed to dialogue, could you walk us through an example of that?

It’s not so dissimilar from how I like to work with any actor, really. I like to move from scene concept to a sort of collaborative authorship of words. But in certain scenes, such as the ones with her mom and with the group of young women at the end, it felt particularly important that I don’t impose my voice in any way. Leah’s mom is a natural performer, beautiful and was, like Leah, so open to the process. Giving her some conversation prompts to surprise Leah with was about as much process as I created. These scenes were more about just watching them in their home. And it was my hope that in staying removed in certain places, the film would hold a tension of being between doc and fiction.

And finally, what will you be working on next?

My next project is my first feature film Ameliorated which to a more minor degree also deals with the trauma of incarceration.