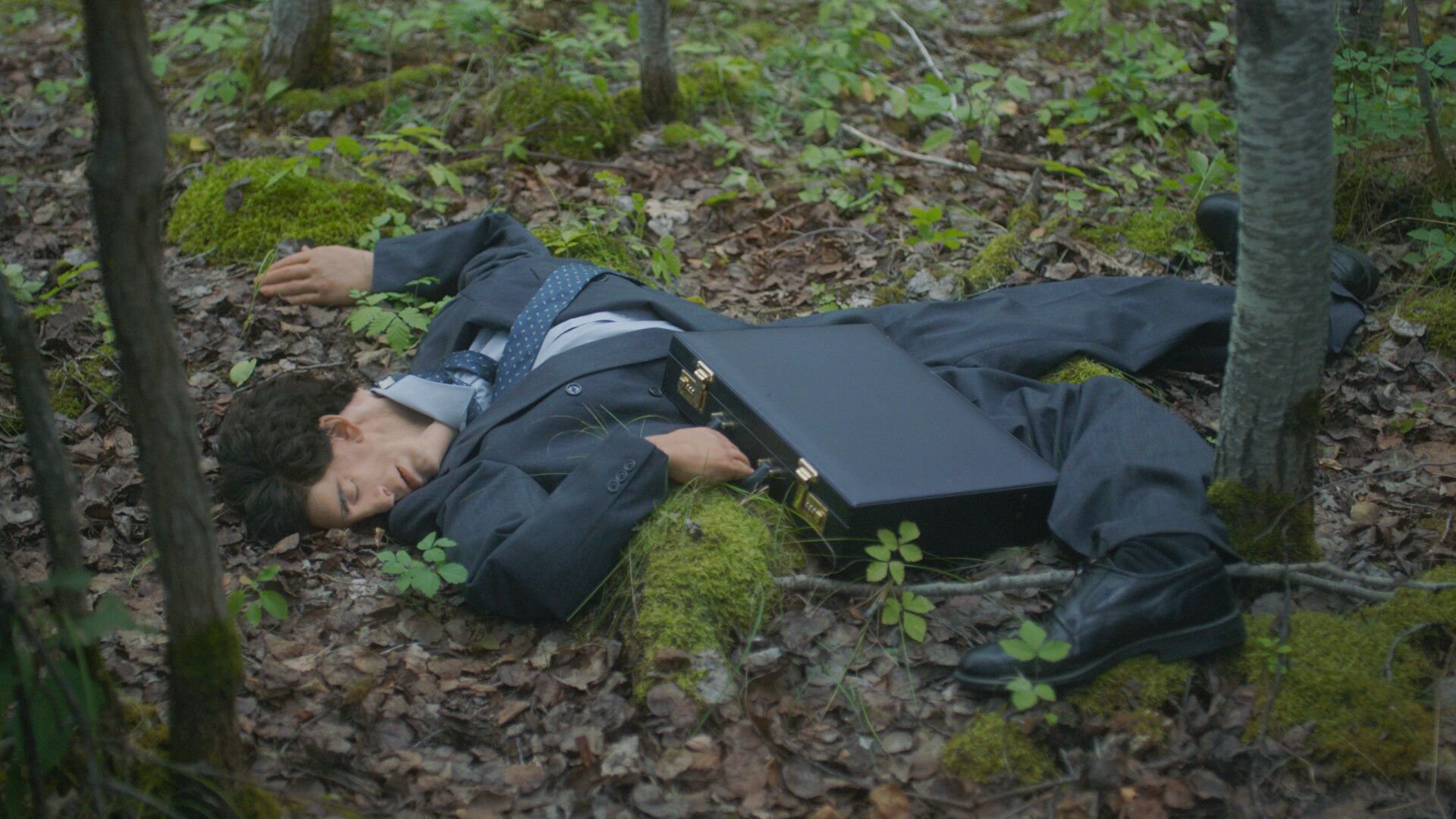 DN last covered the National Film Festival for Talented Youth in 2020. It was our first time experiencing the festival (virtually) and it was such joy. To qualify for the festival filmmakers need to be under 25 when making their films (although for this year’s edition they could apply for a one year extension if they faced Covid restraints during their film’s production). That creates an inherent optimism to the organisation of the event which continues through into the work. These are filmmakers at the start of their careers and you can’t help but get excited about the prospect of what they’ll go on to do. Particularly, because the work is just so impressive, with several past NFFTY selections making their way onto DN for full interviews. The level of production on display across the work at the festival, from minimalistic animations through to bombastic horror comedies, is of a high calibre and the grasp of fundamental storytelling jaw-dropping. Listed below are 10 of our favourite shorts from the upcoming 2022 festival (28th April – 8th May), which we’ve identified as a place to kickstart your watching before diving into the entirety of its excellent programme.

In search of his late wife Marilyn, Jérôme ventures forth into the lands of the afterlife. Gabrielle Selnet, Adam Sillard and Chloé Farr’s short animation is a psychedelic exploration of grief where the directing trio envisage heaven as a series of counter-culture inflected landscapes, each populated with an array of trippy and surreal creatures. This style extends to the movement of the animation too with protagonist Jérôme traversing these strange planes via funky and shape-shifting steps. A really impressive short animation that fully embraces the potential of the form.

Davis Out of the Unknown – Claire Gostin & Alex Casimir

Claire Gostin (who we featured in our Best of Fest article from the 2020 edition of NFFTY) and Alex Casimir’s short documentary Davis Out of the Unknown is a portrait of a family living with Davis, a child who has a rare disease called Koolen-de Vries Syndrome. The disease itself is characterised by a developmental delay from an early age and can manifest into a variety of issues such as regular seizures or intellectual disabilities. Gostin and Casimir choose to capture their doc across a series of interactions with Davis’ family such as a trip to the beach or a soccer game. These interactions offer a brief but intimate insight into the challenges and joys Davis and each of his family members face on a day-to-day basis, giving audiences a fully-rounded awareness of a disease for which there is still no cure.

Silvering is a short animation about the spiralling thoughts that come after discovering your first grey hair. Director Eilidh Nicoll sets the scene in a bathroom where a woman is finishing her post-wash ritual and as she looks into the mirror to dry her hair she discovered a grey strand hanging directly from the centre of her fringe. The scene then shape-shifts as the frame warps into a rectangular box, signifying the woman’s descent into a state of overthinking. It’s a beautiful animation and Nicoll’s eye for a minimalistic yet poignant colour palette is pristine. 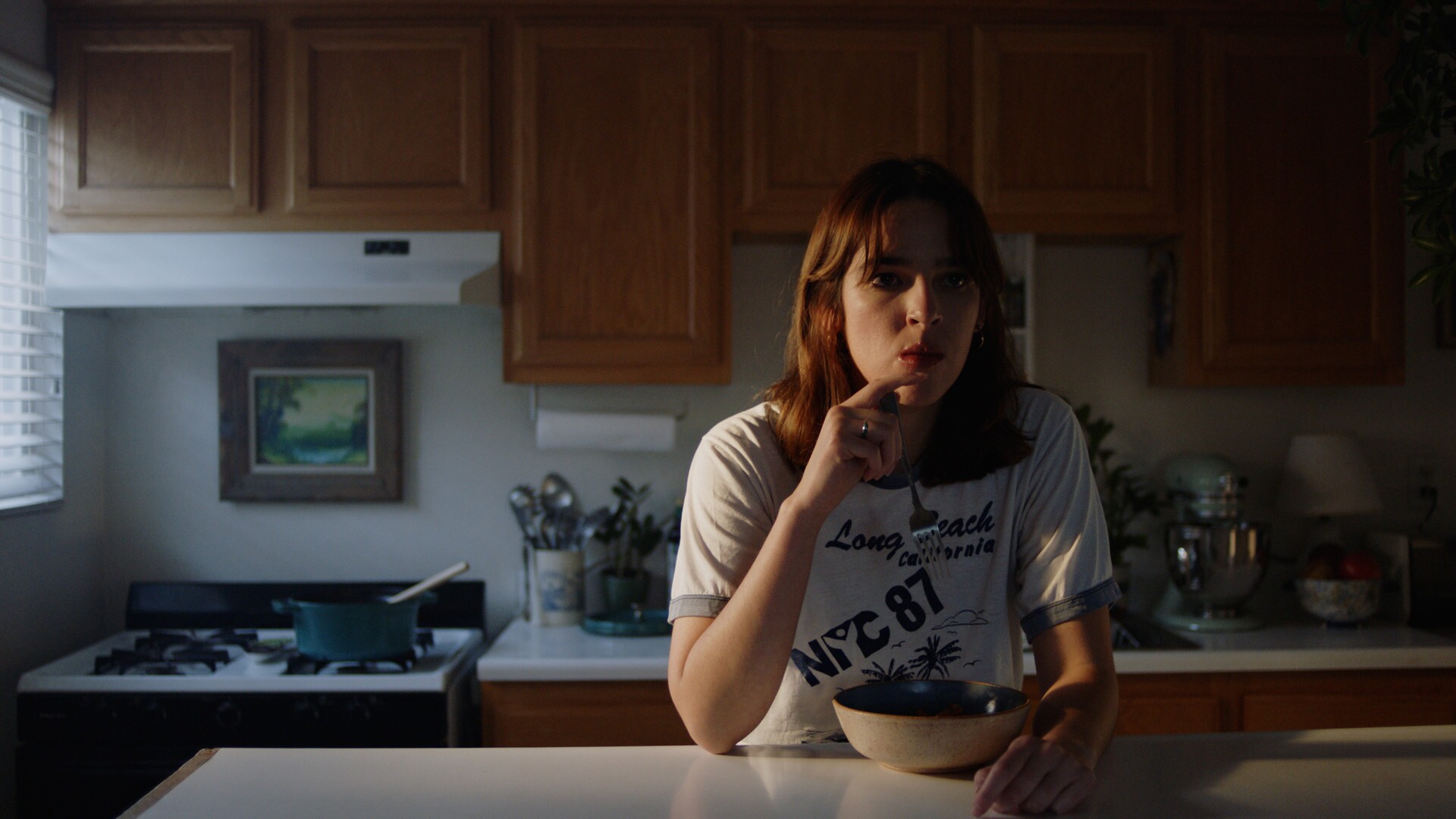 Director Sara Linden and Co-Director/Actor Annika Chavez’s slice-of-life relationship drama Bolognese is about Mira, a young woman who finally visits the man she’s been virtually dating after a period of quarantine. The duo’s short is very much a tale of expectations versus reality, how a behind-closed doors curated persona can really be a front to a hung-up reality. However, what’s most impressive is how Linden and Chavez don’t revel in the drama of their narrative. Instead, the issues at play are felt out through conversations and awkward interactions and never used as a foil for explosive dramatic effect. It’s a drama that seeks to be honest and it achieves that in spades. 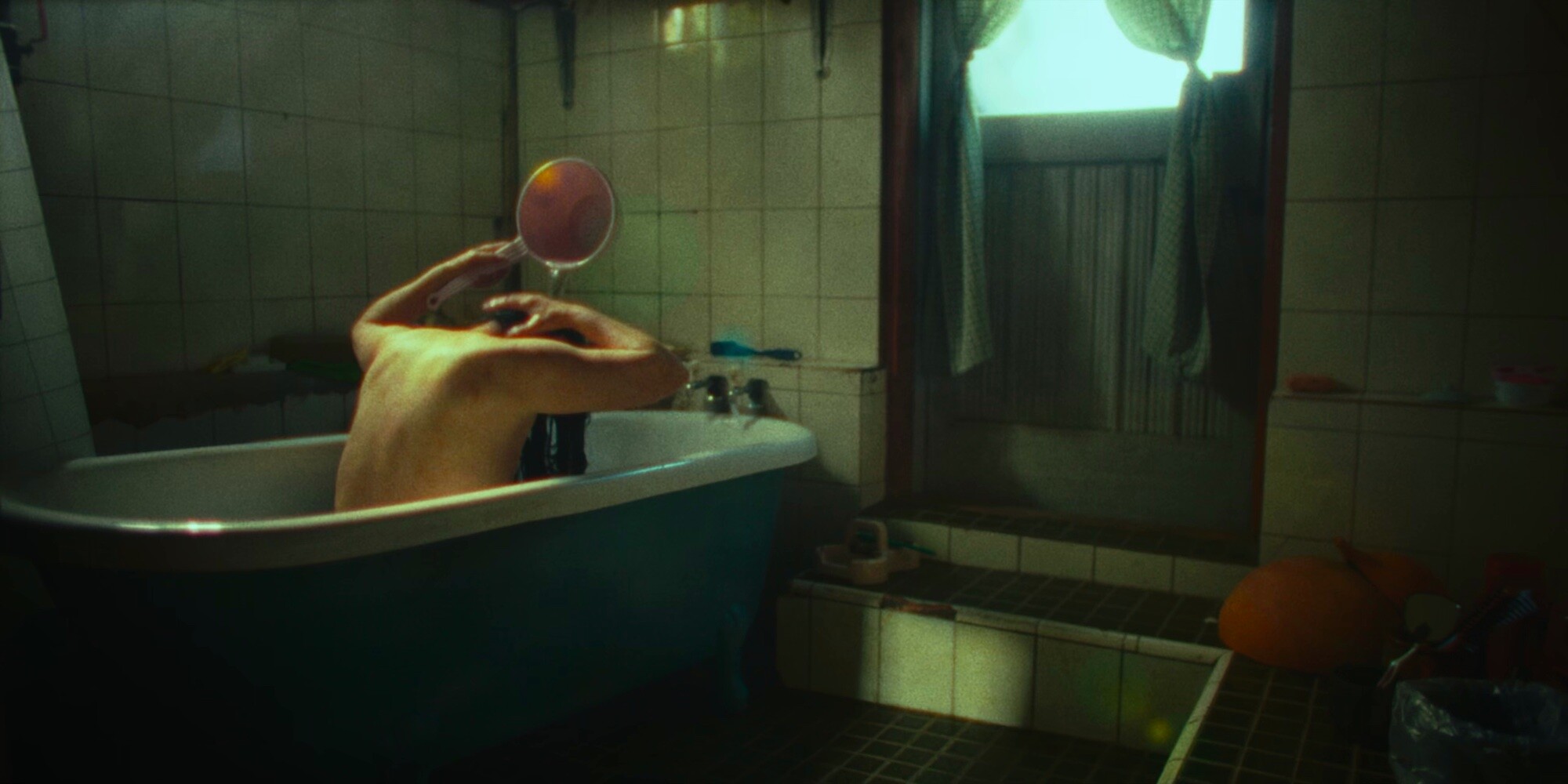 Decades after immigrating, an expecting Korean-American woman returns to her mother’s rustic home. Thomas Percy Kim’s quiet drama looks at a tense mother and daughter relationship and the culturally-specific friction that is caused over a long period of separation. Kim focuses his film around a conversation between the mother and daughter as they wash each other in the mother’s bathroom – reminiscent of a key scene in Kana Hatakeyama’s quietly observed 2018 short Okaasan. Through an apt visual metaphor the pair scrub away the physical and psychological dirt that formed through decades of repression, allowing them to finally come to terms with each other’s state of being. 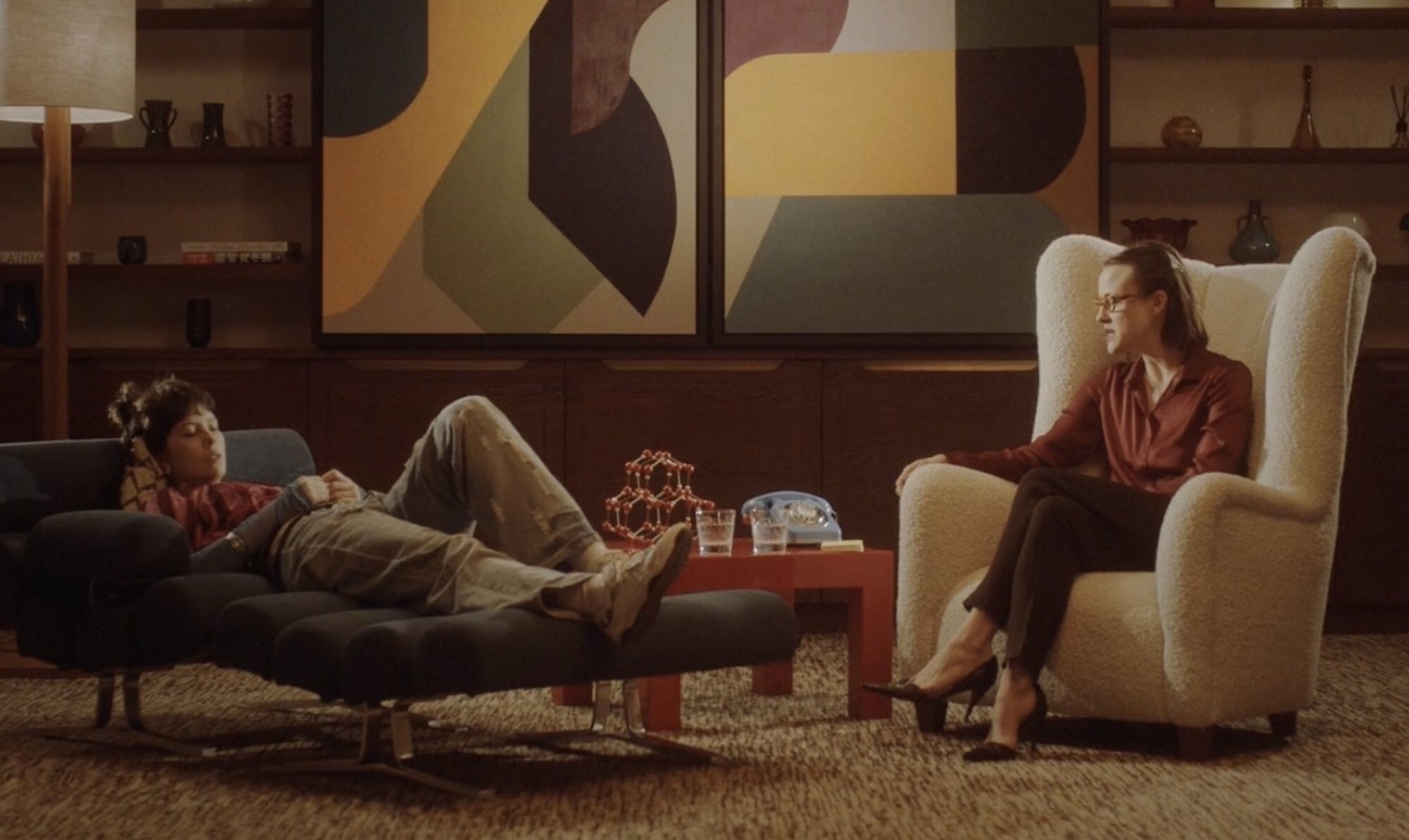 Neither Seen Nor Heard – Florence Kosky

Florence Kosky’s therapy drama Neither Seen Nor Heard is a clever and nightmarish visualisation of facing trauma through the opinions of others. Set in a therapist’s office, Kosky’s film threads dialogue lifted from real women’s encounters into a narrative of a young woman seeking to deal with the psychological aftermath of a sexual assault. It’s a visually potent short and Kosky delights in the production design of her protagonist’s recollections, paying homage to David Lynch through a series of heightened characterisations that are each underpinned by Chloe Caillet’s subtle, jazzy score. 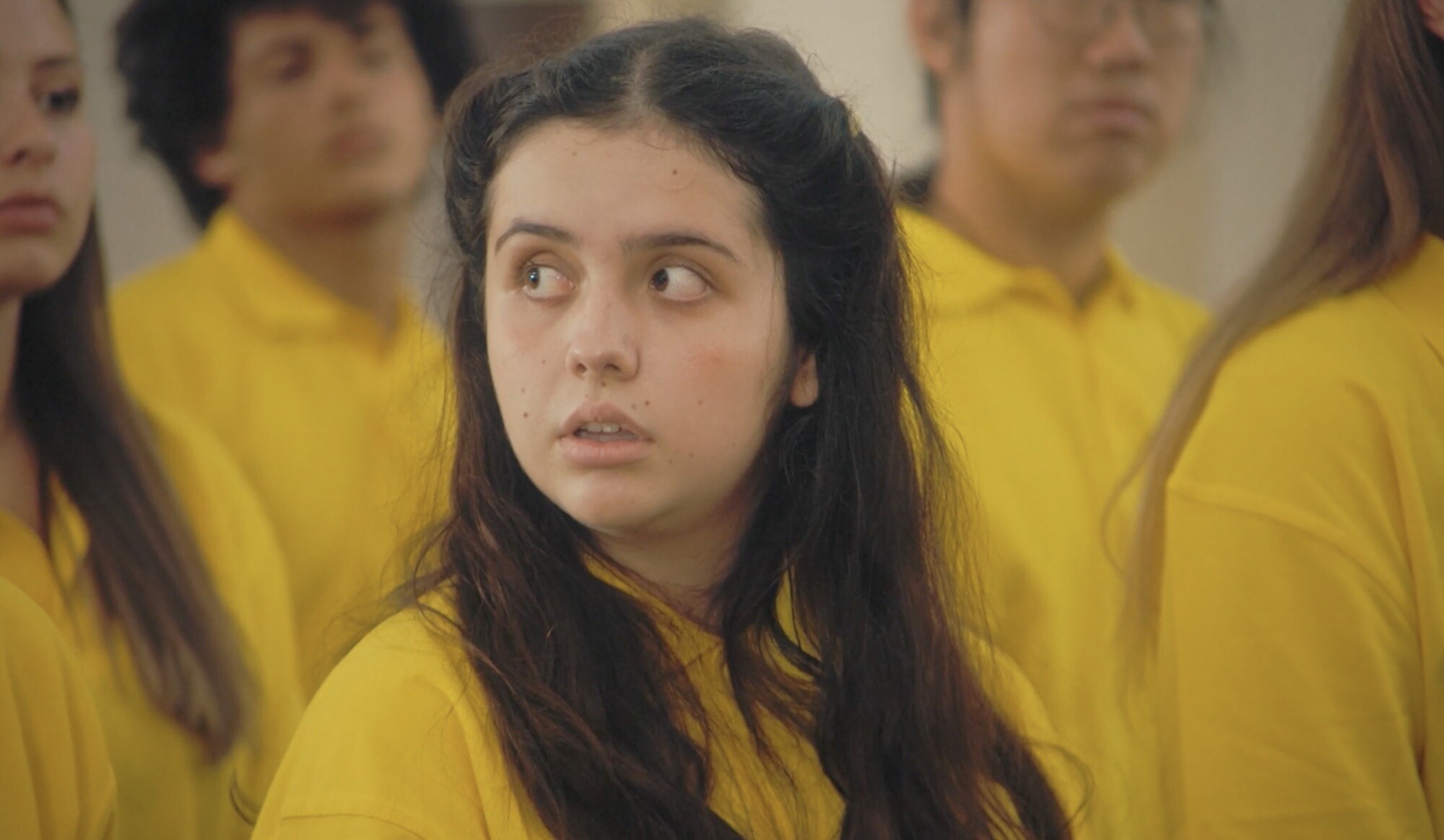 Look, Mira is a coming-of-age story about a forlorn teenager who auditions to be part of her Christian school’s choir. The world of Kate McCarthy’s short comedy feels familiar, with garishly awkward teenagers stepping out from behind the curtain to find their place in the world, but her whip-fast direction and heightened editing give it a genuinely fresh vitality. Plus, it’s held down by an excellent central performance by Mariana Carvajal who subtly carries Mira’s self-consciousness until the film’s cathartic finale.

Animator Alisha Liu’s philosophical short 3:45 PM tracks the deep contemplative spiral of a girl during a picnic in Central Park. Clocking in at just under three minutes, Liu effortlessly tracks her character’s thoughts from her immediate anxieties all the way to total existential dread. The ingenuousness of Liu’s animation is in how she so effortlessly tells her story; the shapes of her surroundings elegantly fold into each other, making the transition from microscopic to grand perfectly fluid and almost subconscious. The art style is also cleverly minimalistic and shape-based which is reflective of her protagonist’s perspective.

An intimate look at the male-dominated surfing space in Sri Lanka. Jordyn Romero centres her doc on Sanu, a young surfer who’s been told for most of her life that she can’t surf because she’s a woman. Romero follows Sanu and those around her, chronicling each of their thoughts and perspectives on the gender divide in Sri Lankan surfing culture. What’s unique to Romero’s film is her inclusive approach to documentary filmmaking. She allowed Sanu to be as much of a key crew member as a subject of the film, asking her to decide on how she wanted her story told and shaped. The result is a personal and truly collaborative documentary.

At the end of the day aren’t we all just animals? Solmund MacPherson’s horror comedy Wolf in Dude’s Clothing is a subversive take on instinctual behaviour, and it’s really funny. McPherson’s embrace of practical effects gives the short a knowingly playful sensibility and lead actor Erik Athavale’s hilarious physical embodiment of a wolf struggling to fit into society is a joy to behold. We’re big fans of MacPherson’s filmmaking, having spoken to him a couple of years ago about his delightfully absurdist film A Short Documentary About People Fighting, and Wolf in Dude’s Clothing further cements him as one to watch for the future.

You can find more unmissable films, like the ones featured at the National Film Festival for Talented Youth, in our Best of Fest collections.