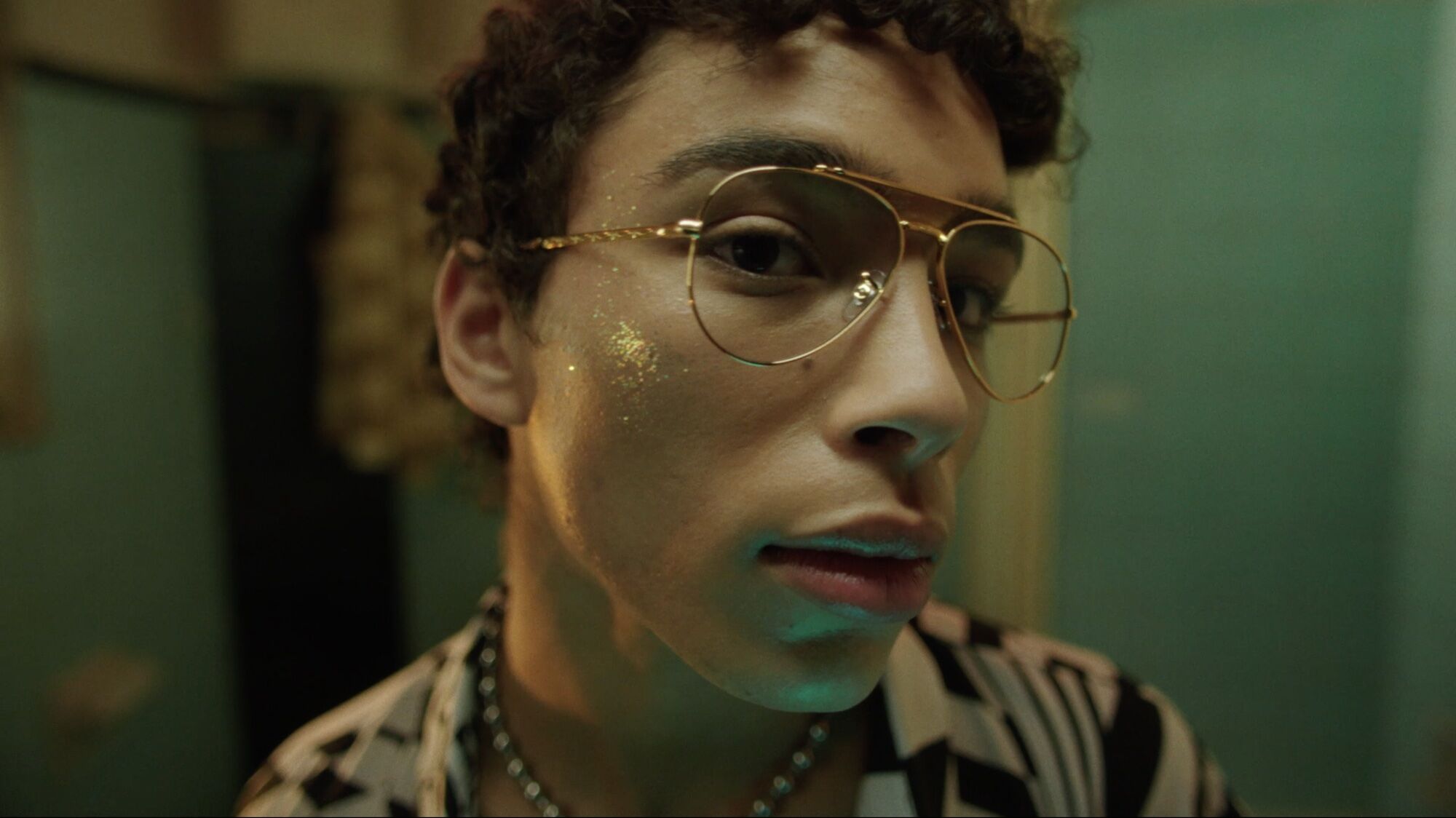 Created for Ray-Ban’s latest global campaign of the same name, filmmaker Iacopo Carapelli’s You’re On is a slick, vibrant work of branded content. Carapelli’s short film captures the very essence of Ray-Ban’s core message of embracing your individual uniqueness and showcases a diverse group of young adults each fully channelling their own sense of originality and authenticity. The director’s dynamic camera propels this reflection of the brand’s values as it swoops and zooms to capture the static cast, who each don different editions of the world-famous sunglasses in a variety of youthful and sun-kissed locations. DN caught up with Carapelli for an enlightening conversation where we discussed the process of working on a branded short, the freedom and creativity he was afforded by Ray-Ban, and his holistic attitude towards collaborating with fellow crew members.

What did the beginning of your collaboration with Ray-Ban look like?

It all started in a bar like all best love stories do. I received the pitch and I immediately went to work. I was very happy with my treatment and that was the beginning of a beautiful collaboration.

How did the brief look at that stage?

For some years now Ray-Ban’s core message has been You’re On, so the campaign wanted to underline this concept by contrasting dull, static situations with moments of fun related to the musical world.

And how did you build on that? Was there a back and forth between you and Ray-Ban when you began fleshing out that concept?

Elmar De Jong, creative director of the brand, had set the concept and built a series of scenes to showcase the mood they were going for. The treatment revolves around the movement of the camera, alternating wide and suspended fixed shots with more dynamic situations via muscular camera movements. I then included several visual ‘alterations’ related to the altered moods of the characters. Luckily, the client approved everything!

When it comes to branded content, it’s important to have the right actors to match your visual palette. What was your approach to casting?

The cast was fundamental, I wanted young people who could represent a generation that drowns all prejudices and only believes in living their life with pride and fun. I asked my casting director, who was familiar with my taste, to make them dance in front of the camera. More than anything to understand how comfortable they were with one another. Choosing interesting faces is a fairly straightforward task, but finding people who are comfortable in front of the camera isn’t easy at all.

I wanted young people who could represent a generation that drowns all prejudices and only believes in living their life with pride and fun.

What is your attitude towards the styling and the costuming of your cast?

I believe that giving space to collaborators is essential for all departments. We have to trust the choices they make. When I told Giulia Revolo, our stylist, about the project, I simply said “Let’s have fun!” And so it was. Also, during the costume rehearsal we asked the cast’s opinion because another important element is that the cast has to feel good with what they are wearing. 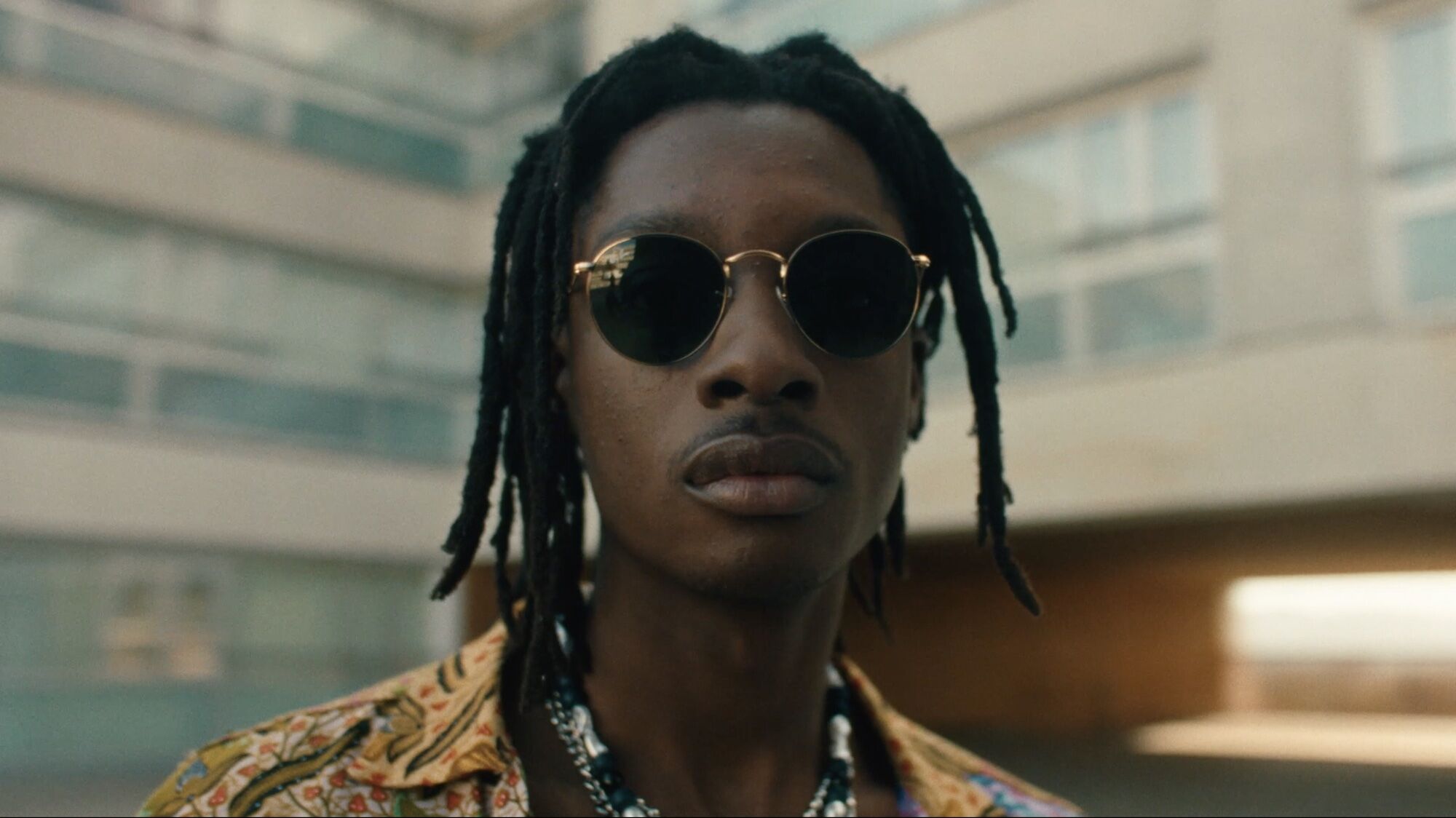 How did your choice of music affect the nature of the edit or your approach to the shoot in general?

The guideline was the contrast between off and on. Initially we were thinking about two themes: the first (off) very environmental, with a jazzy rhythm; the second (on) more related to the hip-hop world adding electronic synths. The collaboration with Massive Music was key. During the editing we realized that the music had to stop abruptly to emphasize the contrast of the off and on moments. The result is different from what I expected, but I think it manages to convey the desire to move that has been denied to us for more than a year.

Did you come across any challenges when shooting or do you find that working on a branded production tends to be smoother?

The biggest challenge has been to work on the production in less than two weeks. To be honest it was only possible thanks to the work that C41 and the Barcelona crew put in, who worked endlessly to bring the treatment to life. The equipment we used was Alexa Mini with a set of K35 lenses and a Laowa 10mm, and some crazy filters from the DP.

We shot over three days, as with these types of campaigns you tend to collaborate with several teams (photo, digital, etc.), so we tried to alternate how we used the cast to allow everyone to work. Generally we worked for about two-thirds of a day, which for Barcelona standards is pretty good. The post-production wasn’t too bad, we knew that timing wasn’t on our side so we worked with match cuts and continuity editing.

What do you learn from making branded content or commissioned work that you take back into your music videos?

In commissioned work we create a language meant to accompany and serve a specific message. We look for new technical ways to do so, which allows us to experiment with different techniques. Personally, when I work on a music video I firstly try to interpret the music. Then I make use of the techniques I’ve experimented with in making branded content trying to refine them as much as possible. I feel that this is definitely a plus of working in advertising.

I believe that giving space to collaborators is essential for all departments. We have to trust the choices they make.

You mentioned earlier about the dynamic movements of the cinematography, does that require much preparation and shot planning or do you tend to improvise with the cast in place on set?

Really, there are two ways of looking at it. The first one is creating a 360 degree set up allowing you to move freely within the scene. This gives you the chance to be way more dynamic, physical and aligned with the cast. It doesn’t require as much planning in terms of camera movement, but you still need to carefully prepare the location, production design and cast. The second way is for example when I work on transitioning shots. Here I have to prepare every single detail about the direction and movement speed of the camera. Usually I try and shoot with my iPhone during site inspection to create an edit. That way you notice plenty of useful things that you will need to plan like tools, lenses, speed and camera direction.

What’s next for you? A music video perhaps or more branded work?

I have just shot a music video for a friend who has allowed me to experiment with techniques that I have never used before. Some of my work will also be used in an installation at 180 The Strand in London. I’m also hoping to shoot a documentary as soon as possible, I already have two great themes that I’m looking to explore this year.