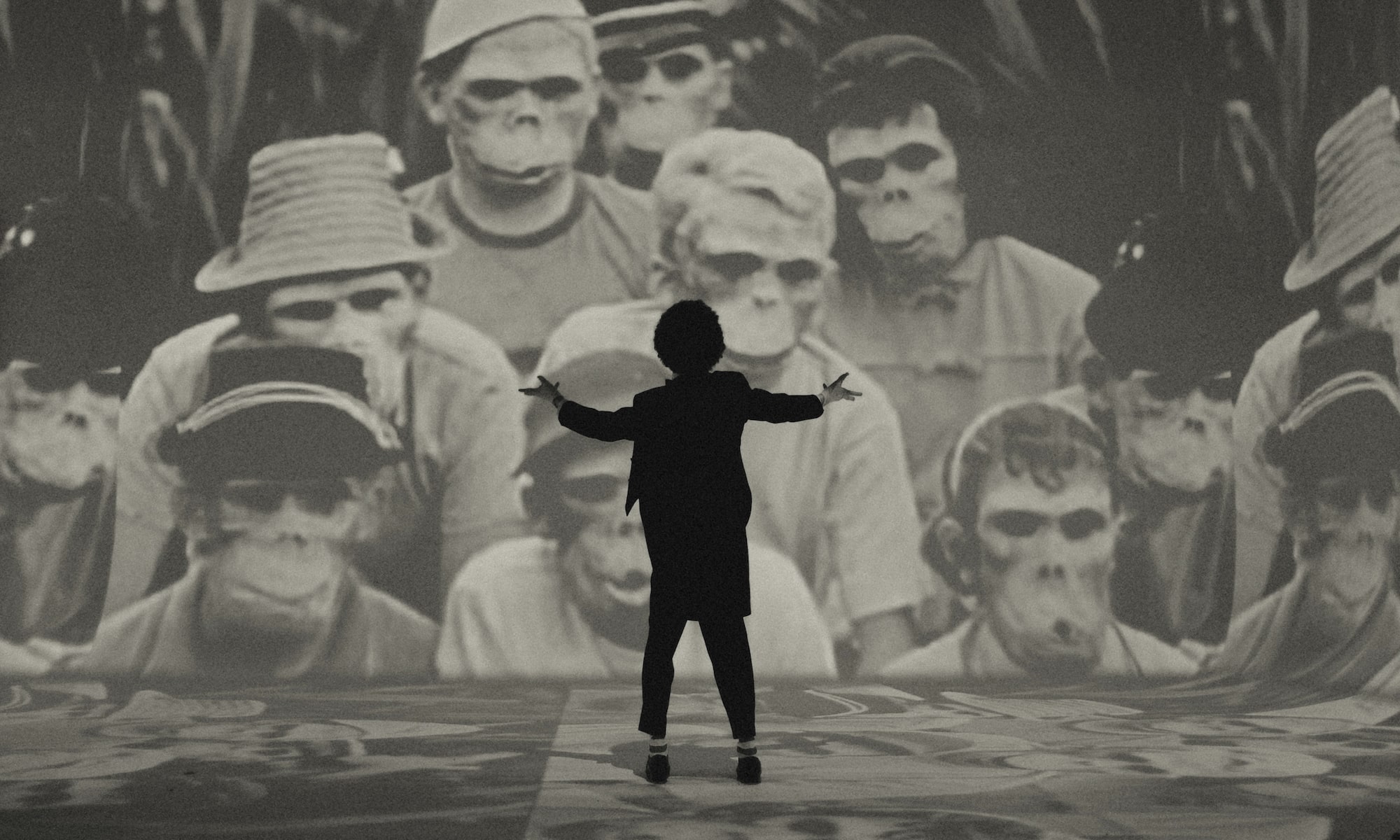 Every now and then a new short film comes along and provides a different way of looking at the world. Not Black Enough is a great case-in-point, tackling the legacy of blackness in the USA head-on, unafraid to dive into musical pastiche, use epic long takes, build up repetitive elements and minimalist electronic music to get its message across, truly making one ‘feel’ the ideas that are being put on screen as opposed to simply observing them. At times courting controversy, but never losing sight of the bigger picture, this is a bold and exciting experimental short from New York Director Jermaine Manigault, one that demonstrates both a great amount of confidence and ambition. Released online to mark Juneteenth (the date June 19, 1865, when enslaved African Americans learned of their emancipation) DN talked to him about the potentially problematic use of blackface, the need to collaborate with white actors, finding the right housing project to shoot in and how he pulled off the film’s centrepiece orbital long take.

Not Black Enough was inspired by a visit to the Joseph Manigault Museum in Charleston, South Carolina. Why did you decide to go and what kind of feelings did you have when you were there?

It was always known that this place existed within my family, but it wasn’t made clear to me that it was a plantation until very late in life. I think they kept using the term ‘Museum’, which actually was very confusing to me during my adolescence. But as I become older, my mother divulged more about the nature of the place. When I found out that it was the plantation where my direct ancestors were enslaved, I had to go there. I had to try to return to a place which, we as African-Americans, don’t necessarily get the chance to get back to. I visited and started writing on the land. I can’t even say it was a feeling, but I just started writing and jotting down the plans for the film. It all came to life while there.

And what was the first image that came to mind?

I think the idea of blackness was more affecting my brain than any types of images per se. I had to fight and do my research to gather the images that were used in the film. The idea that people think that they can define it, but then the beauty that I personally see means something different to someone else. And then the danger that it can also be weaponised. I think that’s the stuff that was more on my brain. What does blackness mean to me? What is my blackness? How do I define it? How can it be weaponised? And how do I feel about that? 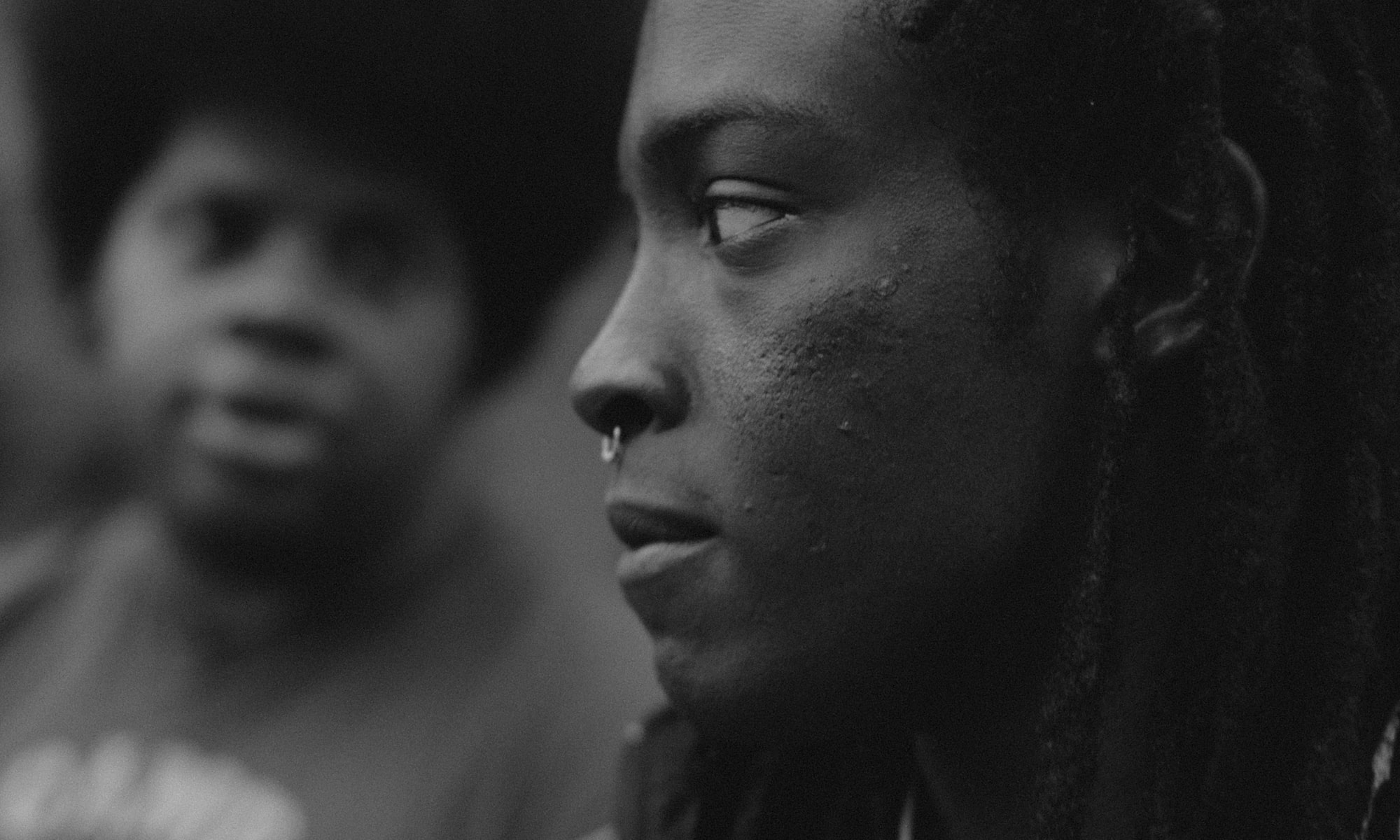 Talking of weaponisation, one way of demeaning the Black community is the use of blackface, which you use in your film? And despite who uses it, for example, when Spike Lee used it, it can still be controversial. What was it like making that decision?

I thought that, artistically and ethically, it would be dangerous to explore blackness on screen without confronting the history of blackness on screen. I was very aware of the controversial nature of it, but I also thought that seemed to be lacking an ideology. I think we need more instances where we collaborate with white actors, and again I stretched the word collaborate to portray these images accurately, and the history of this accurately. And to do that, you need white actors. For example, what’s 12 Years a Slave without Michael Fassbender? What’s Do The Right Thing without Sal? There’s that line and I’m so glad that there are Black filmmakers that understand that when you are dealing with the political nature of things, you need white actors to collaborate with in order to execute your visions. So I thought it was necessary to incorporate blackface, and collaborate with an actor who knew the weight, did the homework and studied with me for almost a year.

After this sequence, the film changes structure entirely with a distinct yet thematically linked sequence set in the present day. Was it always on your mind to make it like this when you wrote the script?

In the writing process, I did not put as much weight on the first portion of the film as much, but when it came down to stepping into the role of the director — and once we started rehearsals with Felipe and doing research and listening to more of Al Jolson, and having Patrick work on a diary of Oreo’s thoughts, his character and personality — that one and a half pages of paper was not going to be just one minute. I was able to push the visceral nature of what one page can look like on screen, especially in America where we are taught that one page equals one minute. 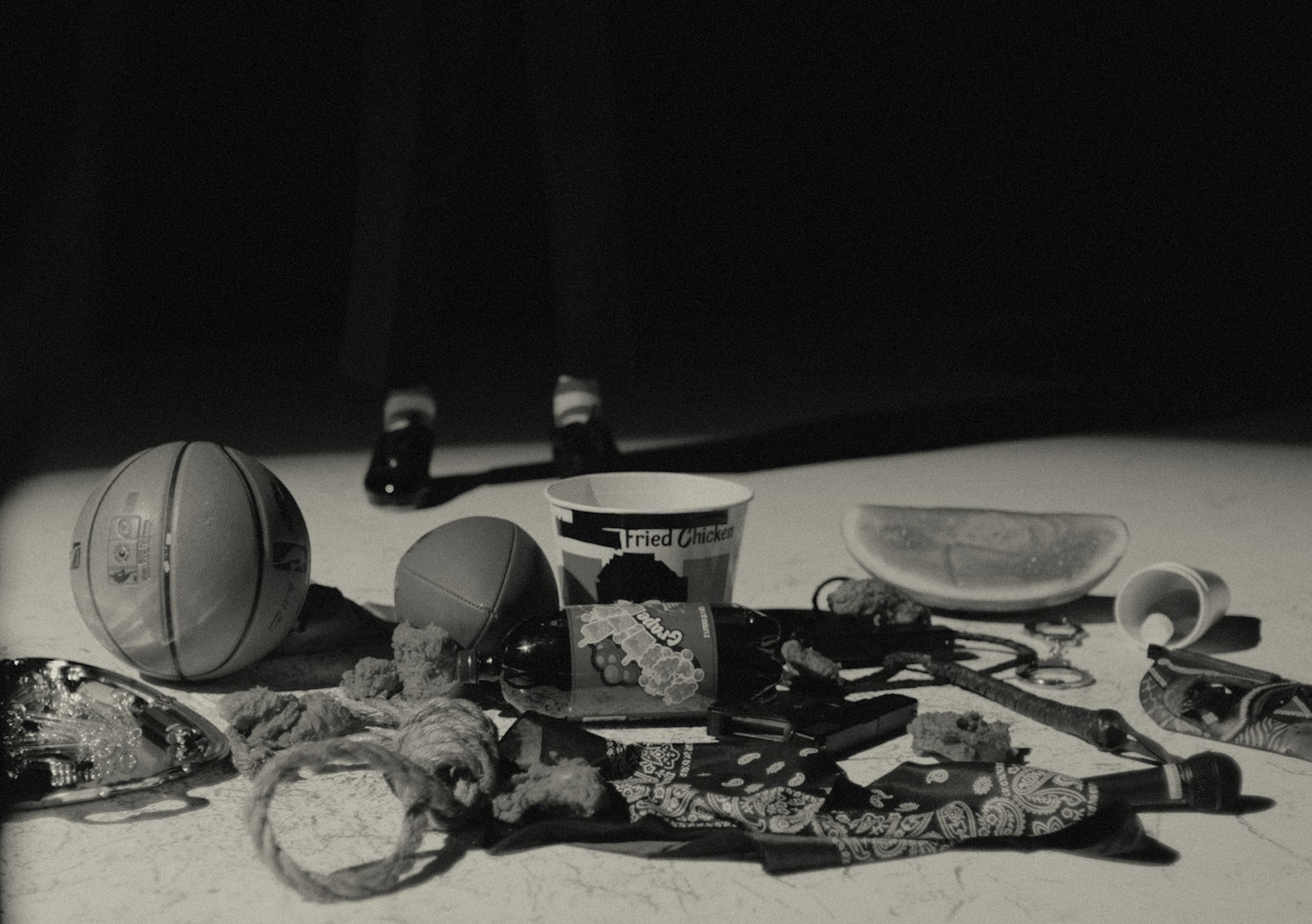 I’d love to know more about the location in the second half because it has this really nice layout that can show him coming out of the door and into the middle of the housing estate.

The character of GQ is played by Darius Fryar, and he lives there. I’ve known him for years and I know a lot of people who live in that housing project. It’s always been a part of my life in many ways, and I spoke to Darius about filming there. He said he’d show me around officially. He’s kind of a mayor over there. We just went around and talked to a lot of people and we actually got photographed by the cops! It was a really weird experience because they were following us in a van and taking photos. That only made me want to tackle that place even more and spoke a lot to what we were trying to do.

I was able to push the visceral nature of what one page can look like on screen, especially in America where we are taught that one page equals one minute.

It’s interesting that you bring up the cops as they do turn up in the film and all these differences within the film are completely flattened with all the Black men turned into targets. Did you always know you wanted to end on this and say, actually, the problem isn’t us, it’s them?

I’d had more to the story, but I wondered how we could continue after that target suit sequence. How do you keep going on after that? I felt like that was the perfect notion to end. I don’t think there’s more that needs to be said after that. There were at least four scenes after that, but we just decided to end it there. I loved the argument. What was it like trying to write it and catch all those nuances?

I think that was the most visceral part of the writing process, believe it or not. While Oreo is the protagonist, I didn’t necessarily want to write it in a way where he’s dominating that conversation he has with JP about how they experience blackness. That was the hardest part: balancing it so both parts are true to my experience in the African-American community. Making sure that all the little hints and references and digs, whether it’s Jordans or Catholic school khakis or Yu-Gi-Oh!, that help pull the audience members into what they’ve been through.

One of the beautiful things about making this film is that I’ve gotten a crazy amount of inquiry from non-African-Americans. I didn’t necessarily want to make just a Black thing — I just use the African-American community to tell a larger story about race in America. There are many Hispanics in America who don’t speak Spanish, or Muslims who adopt a new faith and get cast out of their communities.

I didn’t necessarily want to make just a Black thing — I just use the African-American community to tell a larger story about race in America.

How did you shoot that scene in a circle? What was the technical set up and what were the challenges you had in rehearsals?

We called this the 360 shot in prepping for it. I’ll be honest: those rehearsals were amazing. I just kept making them aware that someone would be orbiting around them. My intention with that shot was to play with the idea that Al is actually watching them. And of course, we find out that Al is watching them the whole time.

Once they got into the politics of them roasting each other, it’s hard to turn that off. That was the inspiration behind not wanting to cut that sequence at all. I think when I recall bullies picking on other people, it seems like in their minds they go somewhere, almost like from zero to 100. Most of my influences come from arthouse. I’m really anti-Hollywood-rapid-cutting because in American filmmaking there’s a lot of cutting within seconds of each other. I wanted to allow these moments to happen on the screen.

We shot on a Mōvi Steadicam and we shot with two different Arris. The only worry with the shot was getting the acting right and those gentlemen didn’t mess up one take. We spent two whole days rehearsing that scene to the point where they just started ad-libbing off each other.

What comes next is my debut feature. Announcement coming soon.