Ian Roderick Gray Blends Body Horror, Romance and Drama in His Video for On Man’s ‘Worse Than it Seems’ 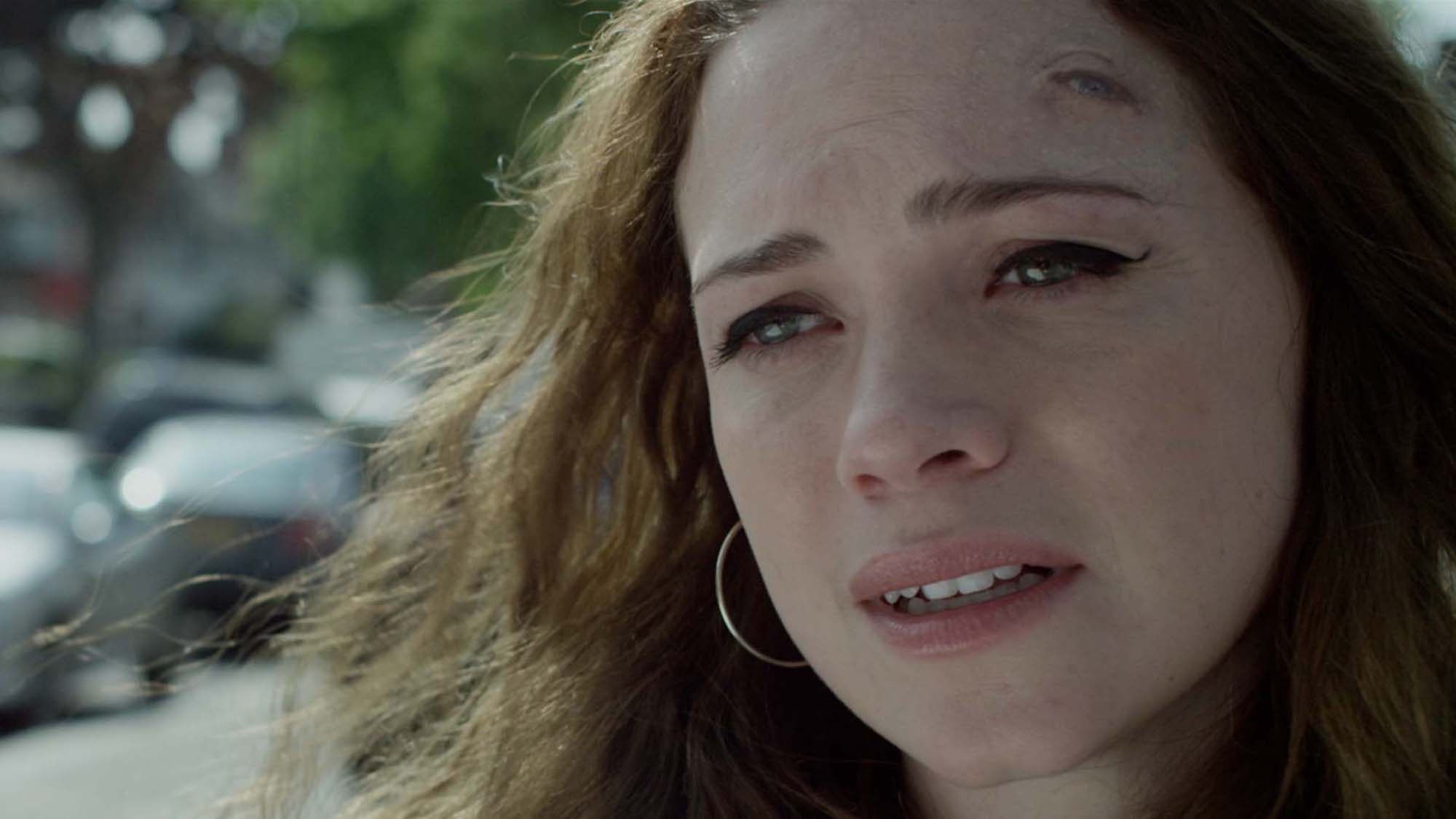 Ian Roderick Gray’s video for On Man’s Worse Than it Seems is a unique blend of body horror, romance and drama that expertly rides the line between a short film and a music video. Plot-wise it follows Beth, who has been hiding at home after she discovers a mysterious third eye that has appeared on the side of her forehead. Beth is at the point where she must leave the house to survive and becomes forced to face a world that will cast its judgemental view upon her. It’s a terrific video which brings all of its genre convention to the fore in subtle, naturalistic ways to tell a story of societal rejection, otherness and acceptance. DN joined Gray for a conversation that delves into his working relationship with On Man, the challenges of achieving the video’s strange yet natural-looking effects, and the stylistic influence of Charles Burns’ seminal graphic novel Black Hole.

Where did you first come in contact with On Man, and how did your collaboration on this video begin?

On Man had actually written the score for my first feature film The Bansky Job and through that process we had formed a really strong relationship. So when he approached me to direct the video for his latest single Worse Than it Seems, I knew that this collaboration would be unique as we had already established a strong and cohesive creative partnership and we shared similar sensibilities. He had a very clear goal. He wanted to create something that would work as both a music video and as a film, with the song almost acting as a score. The challenge was to ensure that the music was never secondary to the visuals and every narrative beat had to correlate directly with the key moments of the song. In all honesty, this is pretty much a dream scenario for most directors and I jumped at the opportunity. It was an ambitious, challenging but ultimately incredibly fulfilling project to work on and hopefully we succeeded in striking that balance between music video and short film.

It’s a fascinatingly unusual concept but it feels rooted in themes of an individual being isolated from those around her. Did you bring that to the table or was the narrative already in place when you came on board?

On Man came equipped with the beginnings of what I thought was a very strong concept and some very specific themes and references. We began to write the script together, whilst paying great attention to the structure of the song. With the world seemingly more divided than ever, we wanted to tell an allegorical story about discrimination and isolation, following the journey of a woman who has grown a third eye on her temple and the derision she experiences from society as a result of her condition.

It’s the kind of video where if you tell someone what it’s about it seems stranger than it is because the eye in the video is actually quite subtle, almost natural.

From the beginning, we wanted to avoid the tropes you often encounter in horror films or sci-fi. It was very important to us that the eye felt like a medical affliction and not a mutation or something you might find in the X-Men films. I was lucky enough to work with the incredible VFX Supervisor Puff Pisanwalerd, and she put huge amounts of work into the design of the eye, to create something that felt like it could be a natural growth or an unusual condition. The target was to make people feel uncomfortable when they looked at it and then feel guilty about that discomfort. We knew very quickly, that if the third eye didn’t work, the music video would also fail. In essence, the idea was to treat the eye as a character and make it feel sentient and ever present.

It was by far the most challenging aspect of the production and I spent a lot of time with On Man looking at references of various afflictions, rare conditions and old eyes that would contrast with Katie’s eyes, to create a mood board and style guide. The placement of the eye was also very important, and we settled on the temple as it felt like something you might compulsively want to rub or scratch. The centre of the forehead would have looked too clean and too ‘X-Men’. Mockups of the third eye were created in Photoshop and that ultimately led to some rough VFX tests to see if this was actually possible to the standard required.

The target was to make people feel uncomfortable when they looked at it and then feel guilty about that discomfort.

How did you plan for the placement of the eye during the shoot, knowing that you wouldn’t be able to see it until post-production?

It quickly became apparent from the test shoot that we needed a physical or prosthetic eye to work with on the final shoot, making Puff’s work in post-production much simpler. We approached the incredible prosthetic artist Suzi Battersby to make a series of prosthetic eyes, and she set about sculpting eyes out of clay, casting and painting them and subsequently sticking them to Katie’s temple on set. Despite the fact that her work would ultimately be covered by the composited eye, she created some stunning pieces that were invaluable to the end result and really helped create a sense of immersion for the other actor’s reacting to it.

We also had to cast the eye. We needed an eye so gross and commanding that the audience would be drawn to it and also repulsed! There was only one viable candidate… my Dad! After every scene with Katie, we had to move my dad into the same environment, capturing his eye in a close-up, complete with tracking markers, to ensure the lighting matched. Essentially, this meant shooting every shot with the eye twice which was a serious logistical challenge. All camera information was also recorded by Puff to make sure the post-process was seamless.

How long did it take to complete everything with such a VFX-heavy shoot?

We had a large number of VFX shots for a music video/short film, and the effects took around six weeks to complete. The trickiest shot ended up being the kiss as the approach adopted for the third eye didn’t work for the mouth. A combination of compositing and CGI was required and a lot of trial and error. All in all, months of work, dedication, talent and endless enthusiasm to create the effects!

In terms of your approach with the camera, the video feels quite loose and naturalistic in a way, was that your intention?

Since we were making something fantastical in nature, I wanted to try and ground this in reality and make this as naturalistic as possible to ensure the themes of discrimination were never diluted or lost. The decision was made to adopt an almost documentary approach to camera work and lighting to help balance out the VFX element of the video. This of course added extra complications as it means a huge amount of motion tracking was required to successfully composite on the third eye! DoP Anthony Dias wanted to shoot this on RED as he felt it was the most versatile option for what we were shooting and he pushed to use a set of beautiful aspherical K-35 Lenses as they possess a really unique soft look that would help to give this a cinematic quality.

The idea was to treat the eye as a character and make it feel sentient and ever present.

I read that you were inspired by both David Lynch and David Cronenberg when you were developing the conceit of the video, was there anything else you drew form?

We were heavily inspired by the body horror films of David Cronenberg and of course David Lynch but also the work of Charles Burns and specifically the iconic graphic novel Black Hole, which we’re both huge fans of. We decided to pay tribute to Burns by directly homaging a moment in Black Hole that appears at the end of the video.

What motivated you to work with Katie Clarkson-Hill and Richard Mason for their roles? And how much of a challenge was it to get them signed on?

I had seen Katie Clarkson-Hill in various roles and I was a huge fan of her work. She has this amazing ability to communicate complex emotions without using a single line of dialogue. Since we were effectively making a music video and dialogue would be mostly non-existent, this was an integral quality. And since Katie’s eyes were so incredibly distinct, I felt the third eye would have offered a really powerful contrast to her natural features. We approached her agent with low expectations, but to our amazement she was really up for it and loved the idea. She remains one of my favourite people to work with and really elevated the film.

The challenge was to ensure that the music was never secondary to the visuals and every narrative beat had to correlate directly with the key moments of the song.

We watched the film Scott and Sid and immediately thought that Richard Mason would be great. Ultimately, narrative music videos really only work if the performances are strong enough and we couldn’t have asked for better actors. 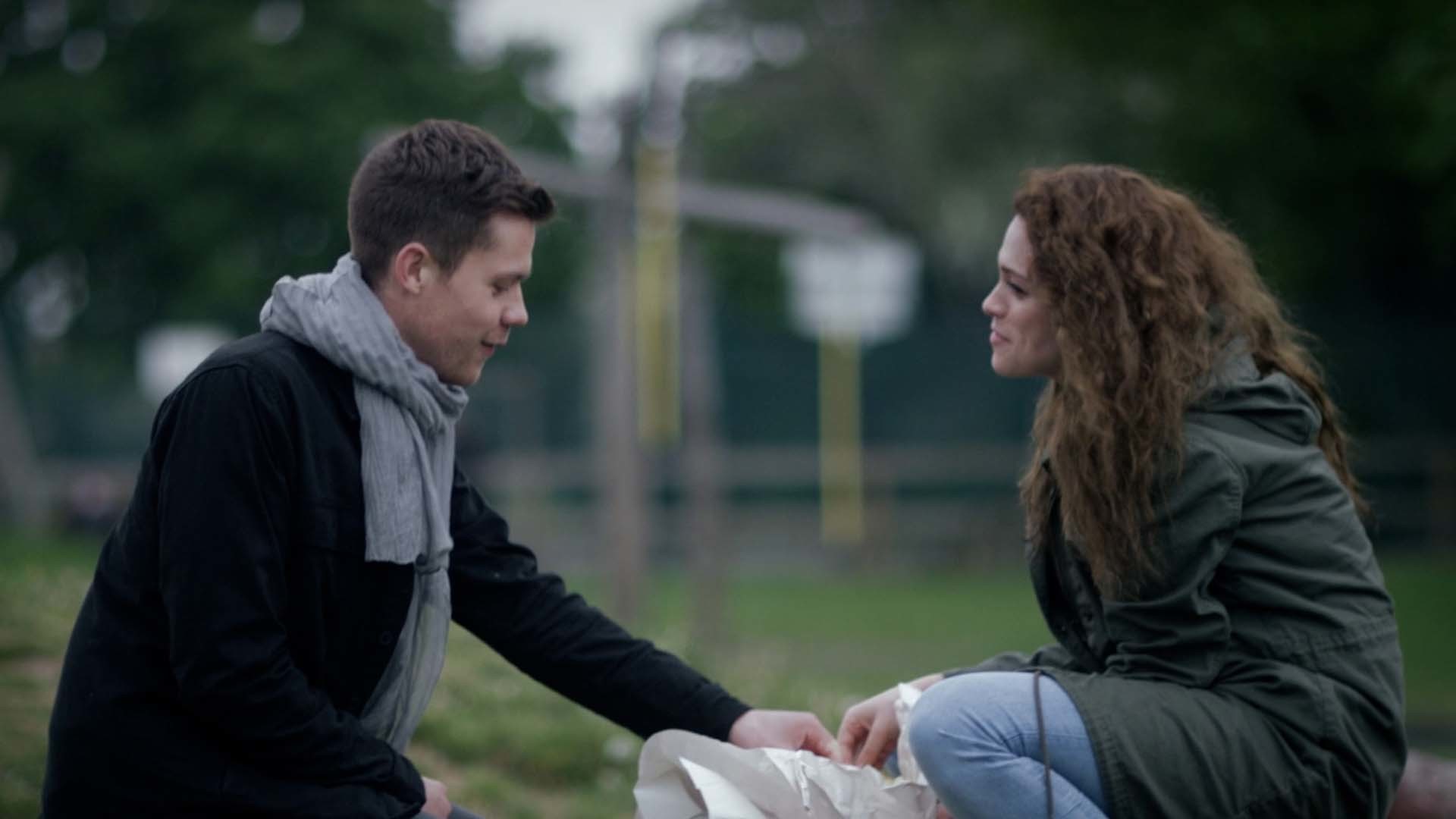 What are you working on at the moment, are there any upcoming projects you can tease us with?

Actually, the next project to be released is another video/film hybrid with On Man for his single Survive This. It’s a film about assisted suicide, again using the mutation aspect from Worse Than it Seems as an abstract representation of a terminal condition. It’s loosely based on an article I read about a very sad true story that happened in France in which an elderly woman with a terminal condition decided that she wanted to die and was reluctantly helped by her partner. They decided to do all of the things they loved over one weekend like eating their favourite meal, watching their favourite movie, dancing to their favourite song, and it culminated with her dying peacefully. He was later sentenced for it and his argument was that it was a consensual act and that she wanted to die with dignity and on her own terms.

On Man presented me with the song and it seemed to be such a perfect fit that we decided it should be the basis for the next music video, albeit in a way that felt consistent with On Man’s aesthetic and we added our own narrative elements. Tim Bentinck (The Archers and The Thick of It), who I had worked with before, agreed to be in it and quite amazingly so did Christopher Fairbank (The Fifth Element, Alien 3, Auf Wiedersehen, Pet), who has been one of my favourite actors for a long time, which was pretty exhilarating.