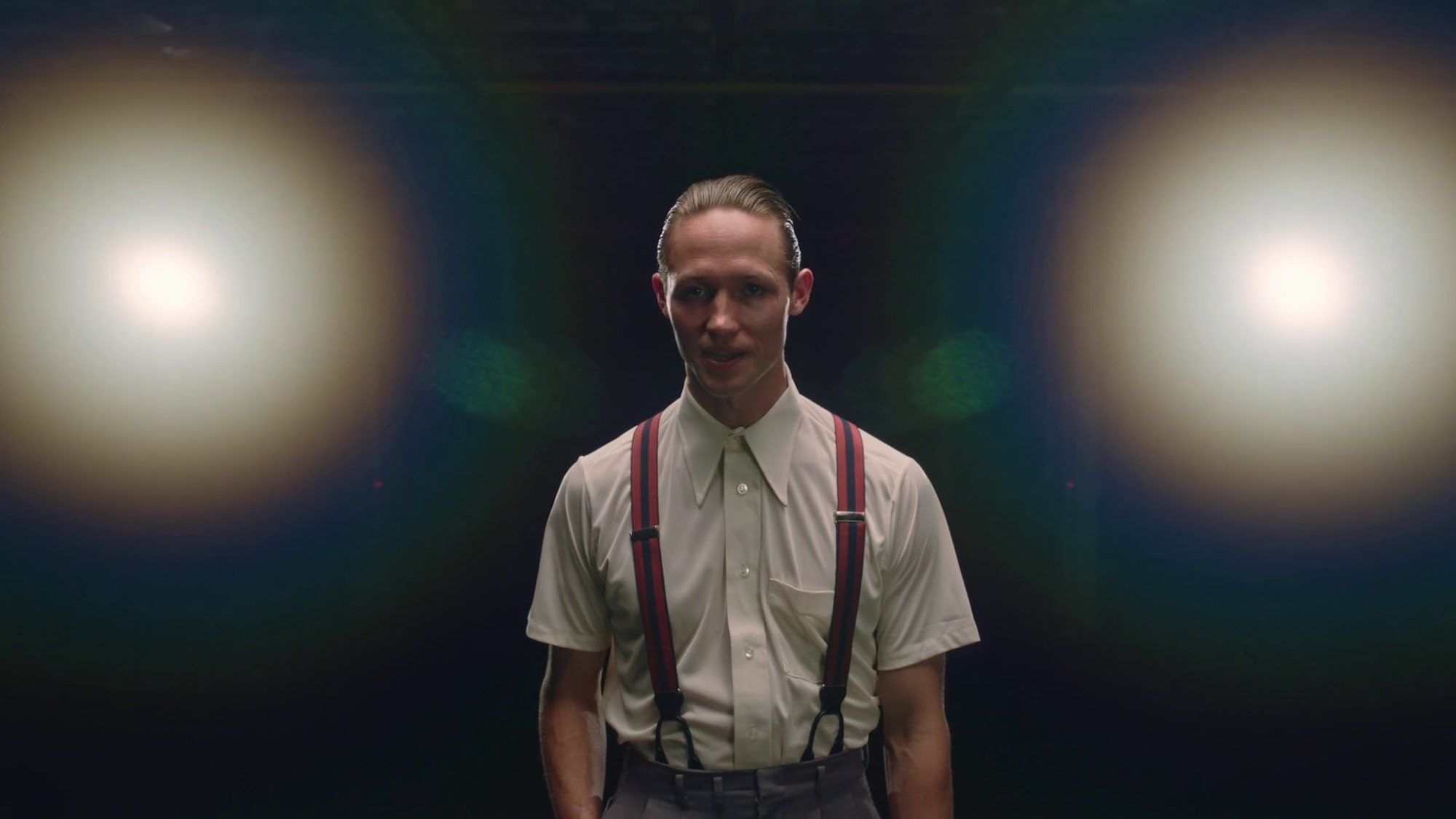 The direct monologue, often a crucial part of the theatrical tradition, is a particular and tricky art to get right. This is especially true as talking heads looking directly at the camera rarely prioritise the cinematic elements that such a tradition can bring. With Mother Dearest, Joseph Chebatte, working off a script provided by its one-man star Charles Alexander, uses an assortment of different, exciting film tricks: sudden pans, jarring edits, breaks in 180 perspectives, looping zooms, atmospheric and clashing music choices; spicing up a story of a young gangster taking out his mother’s violence on the world around him. Talking in a cockney accent, we are utterly entranced by Little Ripper’s worldview, moving with ease between moments of cool collectedness and bursts of rage. Eager to discover more about the techniques and intentions behind the short, DN talked to Chebatte about being presented with the script, working with Charles Alexander and creating an ambivalent contrast between chaos and control.

I had a quick Google of what Little Ripper means. Urban Dictionary says it’s “said in Australia when something comes good for you.” Is this more or less true?

Yeah. You’re spot on. We Australians have some funny sayings. It can be used as you read in the dictionary, or sometimes with sarcastic undertones.

What attracted you to the monologue when Charles Alexander brought it to you?

Originally, after my first read of the monologue, I was left with similar emotional experiences I’ve had when reading poetry. The dialogue was rhythmic, almost musical, and it made me feel empathy for the character. When Charles told me that he wanted to turn the monologue into a short film, that really got my attention. Here were ten minutes of dialogue that needed to engage an audience, ten minutes of dialogue that needed to ‘show’ a story. Many people turn monologues into short films, but I think what really attracted me to Charles’s monologue was how hypnotising the dialogue was for what is essentially a troubled character. I was keen to marry that hypnotism with the screen.

As a relative newcomer Charles is a complete revelation here, able to easily keep the audience’s attention. What was it like when he came to you with this monologue?

Charles is definitely something special as far as actors go. We first met at a film screening of my short film, Entrenched, in Los Angeles. It was after Charles had seen Entrenched that he asked me to direct Mother Dearest – we shot it one short month later! On first finding out he was an actor, I remember thinking how I’d love to make something with this guy. Off-screen, Charles has a commanding presence which naturally rolls over to his on-screen performances. He’s highly intellectual, highly verbal and highly motivated. Pair this with his in-depth character-acting and it makes for one hell of a performance. Our first creative meetings on Mother Dearest were quite explosive. We were both on the same page about everything! Charles loved what I wanted to do with the piece because they matched his own ideas. 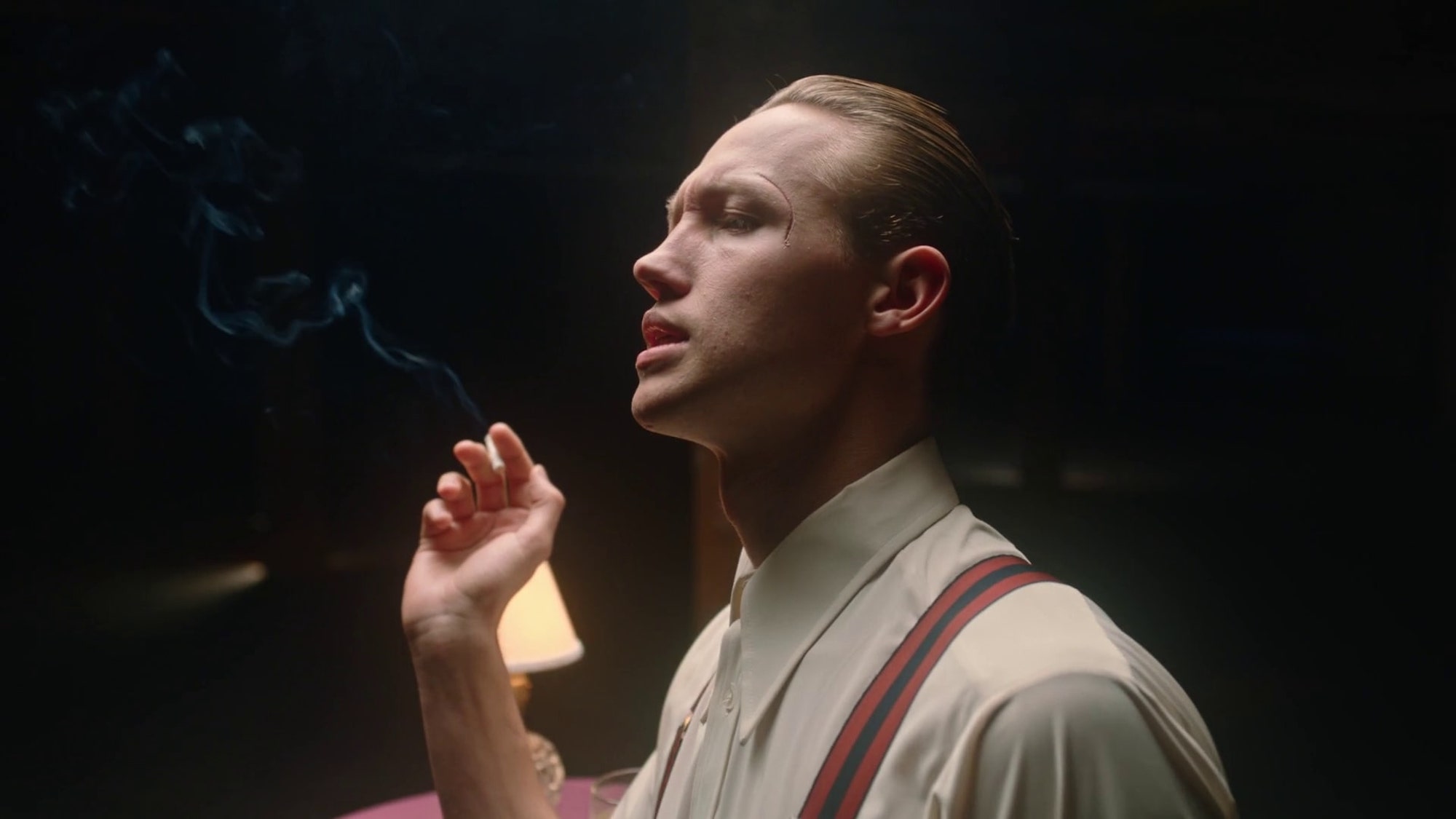 Did you bring any ideas to the writing yourself?

No. It was clear Charles had written this from an internal space that I wouldn’t be able to reach. It was pretty special. There was the odd word that I felt slowed down the pace at certain points when we were shooting and I would ask Charles if he’d be okay with dropping a word or two, but that was about it.

What did he bring to the film in terms of performance? It seems that he inhabits the role to such an extent that he gives a different tenor to the piece than if it had been anyone else!

More than a director could ask for. Charles is a solid character actor. On our days of shooting it felt as if I was directing Little Ripper and not Charles. He’s able to move in and out of character effortlessly. Little Ripper and the monologue itself are something Charles had been writing and building for a few years, so he knew Little Ripper intimately. Besides the ending of the performance, where I felt the audience needed to see that Little Ripper was a broken man, there was little direction from me on Charles’ performance. A little push and pull here and there, but other than that, Charles had this character down to a tee.

It felt as if I was directing Little Ripper and not Charles.

You’re in Australia but Charles has a great cockney accent! Did he have to work on it a lot?

Charles is just one of those actors who’s really good at accents. I know he worked a lot on accents with his accent coach whilst studying at the Western Australian Academy of Performing Arts. When it came time to build his character, he found it quite quick.

What I loved here was that on the surface, it felt like something from theatre, but you’ve blocked and lit it in such a way that it is definitely cinematic. How did you want to approach the material?

Being a short film and being a monologue, gives a lot of creative ground to build on and I was definitely drawn to do something different with this short film. The whole back-and-forth Charles and I had in our creative meetings was about whether this monologue was taking place towards an audience or in Little Ripper’s mind. We landed on the notion that the monologue is essentially taking place in the depths of Little Ripper’s mind (although we never get confirmation of this as a viewer). How do you capture the inner workings of someone’s mind? And not just anyone, but Little Ripper; a disturbed and broken soul.

I wanted to inject the film with so much chaos and calm that the two would seamlessly mix together to give the notion that we must be in this character’s head. With this in mind, the camerawork was paramount to matching the unstable nature of Little Ripper and the place the viewer was seeing it from. Our DOP Michael Lincoln was super supportive of this risky camerawork. I wanted to break the monologue up into twelve verses, and with those twelve verses, shoot, block and stage the action and camera in a way that would best serve the emotional subtext of that verse. Michael and I built our shot list from these twelve verses. The experience of the viewer would be a roller-coaster of ups and downs as we traverse the depths of Little Ripper’s psyche, and try to grasp what Little Ripper is actually trying to tell us.

There are a few rules of cinema in terms of cutting and blocking that are broken here which feel quite jarring. What was it like trying to intentionally break the so-called ‘rules’ of cinematic composition?

I certainly feel at home when I’m pushing the boundaries of filmmaking and breaking the established ‘rules’ and this particular short film allowed me to go all the way with that. I think audiences are smarter than some filmmakers give them credit for. If you have a cut or a camera move that pulls the audience out of the story, they’ll figure out why you’ve done it, and they’ll be right back in the story a few seconds later – I think this sort of filmmaking is great if it’s done with good reason. As long as it serves the story and it’s not being done for the sake of looking flashy, then I’m all for it. Working like this on Mother Dearest, for me anyway, was quite instinctual. I knew in the moment how I wanted to shoot it and how that shot served the story – there was little planning in the way of sitting and thinking.

So much of it relies on Charles’ face. Which equipment or make-up did you use for lighting to really capture him properly? You have your own experience working in lighting. Did it help you here?

For the majority of the film, Charles is illuminated in a small pool of light which echoes the aspect of being in the depths of someone’s mind. We had a soft-box top lighting him to bring out the doomy and menacing qualities of his character, and one fill light. Depending on the shot we introduced a backlight, theatrical, etc. Michael was all over it. While I had input, I certainly divorced myself from making lighting calls when directing!

I certainly feel at home when I’m pushing the boundaries of filmmaking and breaking the established ‘rules’.

I’m currently in the early stages of my first feature film! It’s what I call a smart crime comedy.