It is easy to think of gender as a fixed, intangible construct, handed down to us by societal expectations and norms. Your understanding of gender might also depend on the country you live in and the government’s response to it. While non-binary and trans people have always existed, increased visibility has helped to stress the idea that gender exists more on a spectrum, with traditional concepts of masculinity and femininity constantly under question. For Berlin Director Harun Güler – who we last saw on DN with triangular relationship music video Wide – gender is a playground for self-expression and experimentation. With In Limbo, shot in an area near Istanbul, he explores the boundaries between binaries, resulting in a poetic and touching inquiry into human nature that blends slow-motion with intimate moments; traditional music with the pulse of the contemporary. We talked to Güler about working closely with the cast, blending narrative fiction with documentary techniques, and finding just the right amount of slo-mo moments.

For me, In Limbo seems to be an exploration of subverting expectations, like with the young lads having a seemingly traditional conversation about girls until you realise one of them is trans. Was it always your intention to play with the traditional roles of masculinity and femininity?

Yes. My only must-have for every story was to include some sort of a twist or a subversion. That’s something I really like to play with. My aim is always that people question stereotypes on how a man or a woman should behave. When we start deconstructing those terms we end up with nothing, because you can’t really pinpoint one aspect by saying this is completely masculine or feminine. Like when you think of skirts in the Scottish or Irish tradition, they are extremely masculine. So that was something I did on purpose. I like to do that. I want to continue in the hope that people question their ideas of how people should behave or what they should wear.

How did Nowness help with the film?

Basically the project came from Gap and Zalando, which had a collaboration for Pride Month. They were looking for three queer filmmakers from Germany they wanted to support and fund their own film, which then premiered on Nowness. I’ve been working on a medium length film script for a while now, and when I saw the opening I tweaked the story and narrowed it down to a clearer focus. It was important that they support it so it was my film in the end and I didn’t have to have any part of it approved. They just gave me the money and I was left to do whatever I wanted. 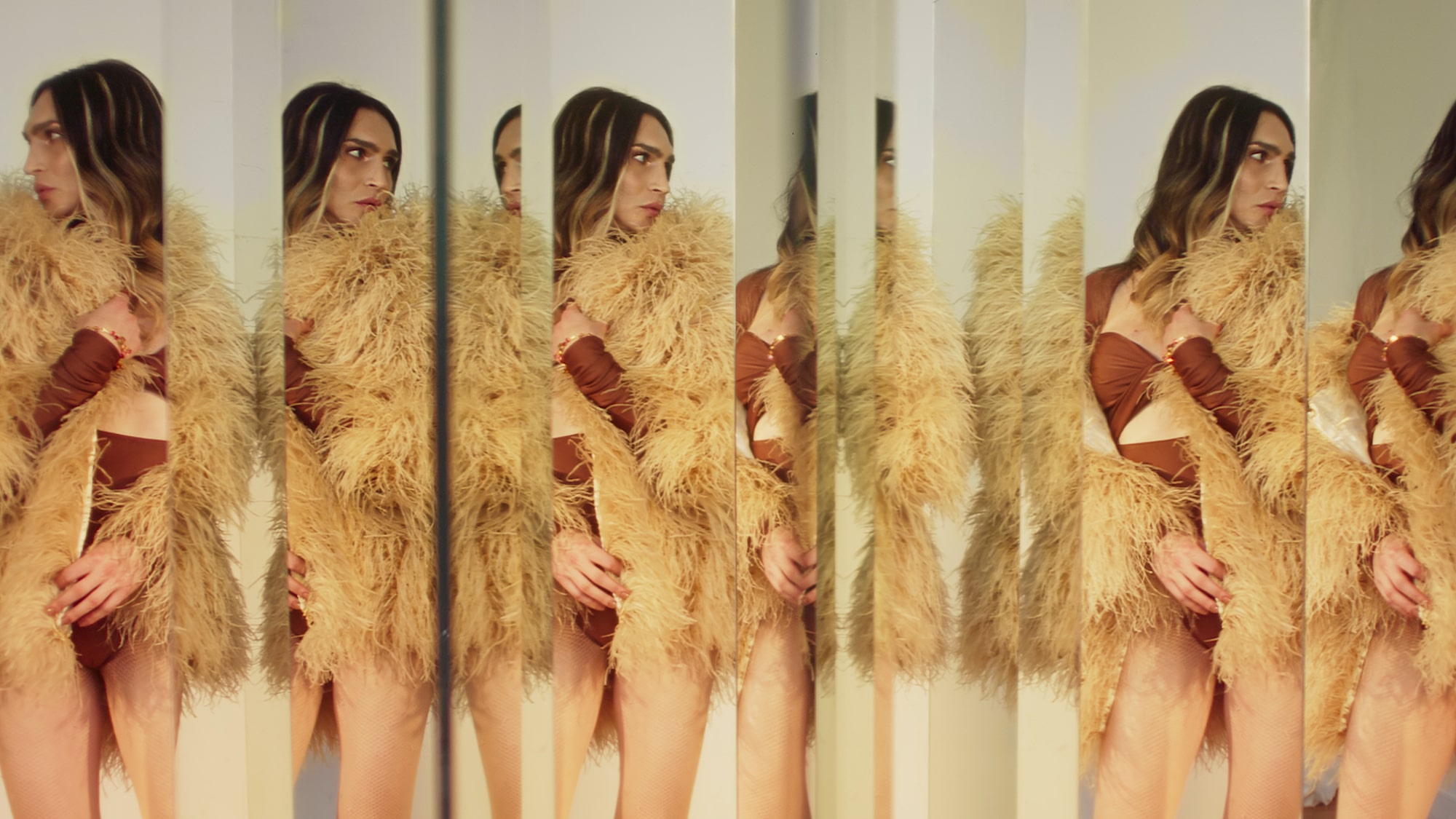 What was it like finding the cast? Were they people that you knew already or did you have to look around?

It was a mixture of many things. I’ve been following a lot of queer, interesting people from Istanbul over the past couple of years. I also did a music video for a Turkish artist. Luckily Nowness is a brand that Turkish artists and the queer community want to work with. They also saw I had done work for Nowness in the past and we started following each other and chatted that it would be great to work together. And for the other two, we had a great casting director who has the first street casting agency with a non-binary section.

My aim is always that people question stereotypes on how a man or a woman should behave.

What was important for me was that I set it between documentary and fiction. This is also something that I’m trying to do with the next project that I’m working on. I think that’s the field where I feel the most comfortable because I’ve always believed that there’s no such thing as a real documentary. Because, once somebody knows that they are being filmed, you kind of question the authenticity of that moment. There are interesting moments in the film that are documentary and real and authentic that people thought were fiction, and the same the other way around.

When we go back to the script and the cast, for every member I had one idea and presented it to them. Then when they felt comfortable with it, we actually went for it, but most of the time they were like: “Yeah, I would love to do that as well.” 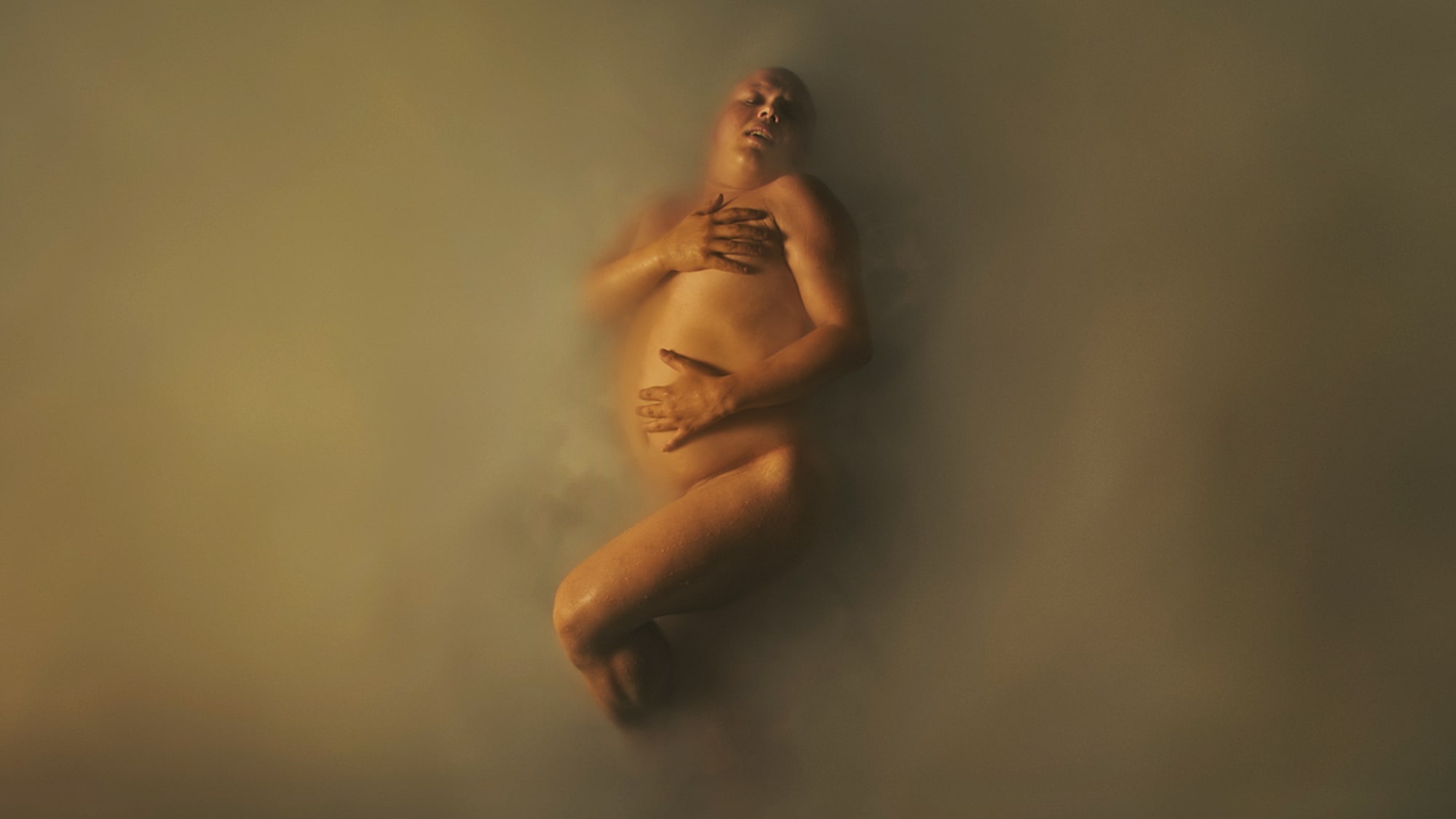 And what was it like finding the right music, which seems to build up tension until it’s released effectively right at the end?

I was actually really happy how it turned out considering how little time we had. It’s two guys called Timecode, based in Dortmund. We’ve been working together for a long time now. Usually when we do the edits, I have a specific idea of how the music should be. In the end I sit together with the musicians and we experiment and see what works best. I like to give them some musical direction. My background is video editing anyways, so I’m always very picky. I usually finish the offline edit and then go to edit, but we had a back-and-forth all the time, even before the final edit. So I would adjust the edits according to what the musicians were doing. In general, I’ve been really into the Turkish music since I was a child, especially jazz and classical. I usually have a good idea of what to put it in without being too stereotypical. So with these very Western visuals, I wanted to break it using more traditional Turkish music. 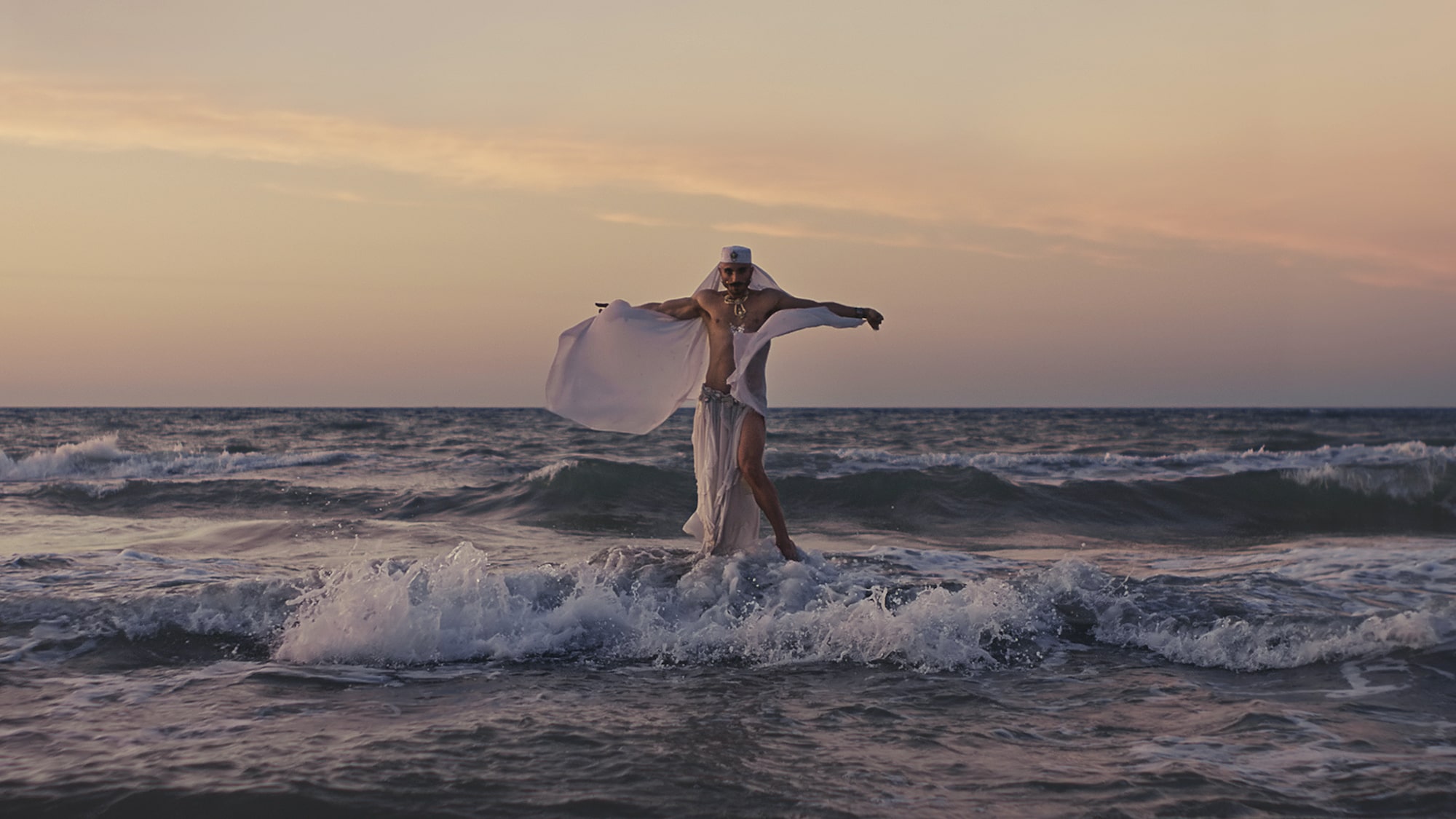 I also noticed the use of slow motion, which really helps to put an emphasis on these bodies. What was it like using that and making sure it fit with the rhythm of the whole piece?

It’s really difficult. The more documentary I want to be, the less room there is for slow-motion. Especially combined with audio. But I love slow-motion because it gives a whole different sensuality to the scene and you look at the moment differently. Like I did a documentary shoot with Turkish wrestlers. It looks very homeotic but I shot it in super slow-motion so it looks like porn basically. I like that. I take some real life moments and with slow motion we get a different view or angle on it. But if you go slow-motion from beginning to end, it doesn’t have the same impact. It was important for me that every vignette had its own narrative style. So, except for the belly dancer, there’s always a mixture of slow motion and real time.

I love slow-motion because it gives a whole different sensuality to the scene and you look at the moment differently.

There are always commercial projects that are coming, and some music video projects as well. I like both of them. Besides these money jobs, I’ve been working on this short film. I started working on it even before COVID, and then I had to pause it, but in the past couple of months I realised that maybe I should make a medium-length film. At the moment, I’m looking for funding. And I really want to make a longer version of In Limbo and experiment to see if these shifts between documentary and fiction is also a style that works in medium and 90-minute length films.