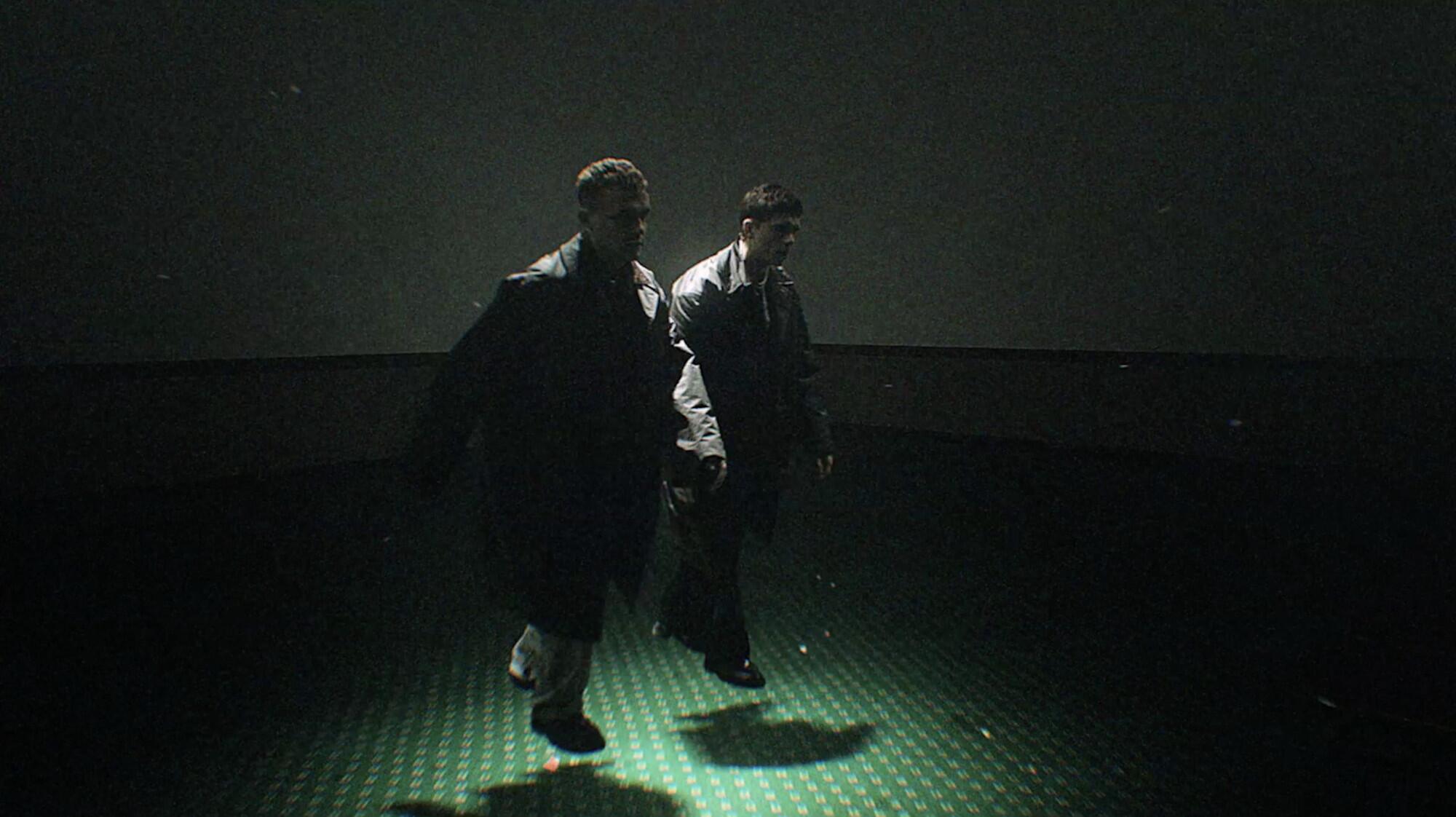 DN last caught up with Toronto-based Director Lucas Hrubizna for his music video Joseph in the Bathroom, a potent example of how VFX can be embraced to push creative boundaries. Hrubizna returns to our pages today with another VFX-infused music video, or rather series of music videos, that utilise volumetric capture technology for both practical and narrative purposes. Practically, Hrubizna used the technology to be abler to remotely direct the videos, which were shot in London. Narratively, the burgeoning and disjointed visual aesthetic afforded through the tech aligned perfectly with the uncanny basis of the story he wanted to tell. The video compilation is for electronic duo Sad Night Dynamite and is simply titled Volume II. DN took the opportunity to catch up with Hrubizna for an in-depth conversation about the Blink produced project where he delves into the pros and cons of using such cutting-edge technology creatively.

What was the beginning of your collaboration with Sad Night Dynamite for a second volume of shorts and did they provide you with a thematic grounding for the project?

Vol II was a strange project from the start. Sad Night Dynamite wanted to do something that shook up the music video format, where instead of creating a self-contained video for a single song, there would be seven separate visual bits to pair with each track on the album. These pieces had to feel distinct, with a different visual or technical approach for each, but also take place in some sort of common universe.

Much of Vol II had been inspired by a near-death event experienced by one of the guys in SND, and they wanted the visual campaign to reflect this brush with mortality by setting it in some sort of purgatorial in-between space. I began to think about the stages of Dantés Purgatorio, and then roughly reimagined them as seven desolate, liminal spaces from our modern world. Each piece is like a never-ending fever dream that loops perfectly, where time and space have no head or tail.

You touched upon it there, about the shorts having such a unique visual style. How did you land on that aesthetic and realise it on set?

This whole piece had to be shot in London, but COVID restrictions had me stuck at home in Toronto, so we had to dream up a way to remotely shoot seven distinct settings, over a maximum of two days, without actually moving locations. Ultimately we ended up leaning on volumetric capture, a technique which allowed us to capture 3D models of the band’s performances which I could then integrate into CGI environments from my home studio in Canada. I could direct live performances remotely through a surrogate on the ground, and then really take over the directing process in a virtual space in post.

These pieces had to feel distinct, with a different visual or technical approach for each, but also take place in some sort of common universe.

What does volumetric capture entail when it comes to shooting and what are both the challenges and benefits of utilising this software?

VolCap involves placing the performers in a large cage rigged with loads of cameras that capture a performance from multiple angles. These images are then processed by software that triangulates positional data and generates fully-animated 3D models of the performance. You can then composite these models into 2D footage or integrate them in 3D environments, providing amazing flexibility in world-building and camera trickery.

While this opens up a huge amount of possibilities, VolCap is in the early stages of adoption and comes with a host of technical faults. You tend to get these jagged, digital artefacts in the models like holes, torn edges or smeared textures. Generally, there is clean-up involved to hide these flaws for more photorealistic work, but I loved the unsettling feeling they created and decided to lean into the harsh, fragmented aesthetic that emerged from them.

And how does your approach as a director change when you’re incorporating VolCap into a shoot?

VolCap really changes the directorial process. The capture stage is quite small, so performances are very limited in their range of motion, and all of the dimensional pieces of the final film like camera movement or blocking need to be happening in your imagination. You can’t actually directly visualise the frame. Instead, directing happens in two parts: one part where you capture an almost stationary performance and another where you are creating all that surrounds it in post. Strangely, this moves most of the heavy lifting from a directing standpoint into post-production, where all the sets, camera work and movement are created and messed with. For me personally, this was extremely exciting because it almost felt like a sculptural process, experimenting as I went along and finding little visual tricks that would not have been possible in the physical world.

With a lot of the directorial work for these videos coming during post-production, how long did that stage take?

The post-production process ended up taking a few months to complete. This was primarily because I was responsible for all of the post work, but also because we took a more painterly, experimental approach to piecing the whole project together. It was a huge amount of work, but having ownership over the visual effects allowed me to play with the material in an exploratory way, messing with the captured assets to discover interesting visual tricks and camera movement beyond the initial plans. The creative freedom SND offered was very personally rewarding despite all the hours poured into realizing the campaign.

It almost felt like a sculptural process, experimenting as I went along and finding little visual tricks that would not have been possible in the physical world.

What can you tell us about any projects you have coming up?

I’m not allowed to speak specifically about upcoming projects, but I have a bunch of music videos and short film concepts gestating that will hopefully materialize later this year. This project has generated interest from some musicians that I really respect so it’s an exciting time for me creatively. I really feel that despite their practical limitations, music videos are the ultimate arena for experimenting and developing a visual language, so I’m happy to be playing in that sandbox for the time being. That’s my plan for the immediate future, but I’m also hoping to eventually bring my visual sensibilities to commercial work as opportunities open up.