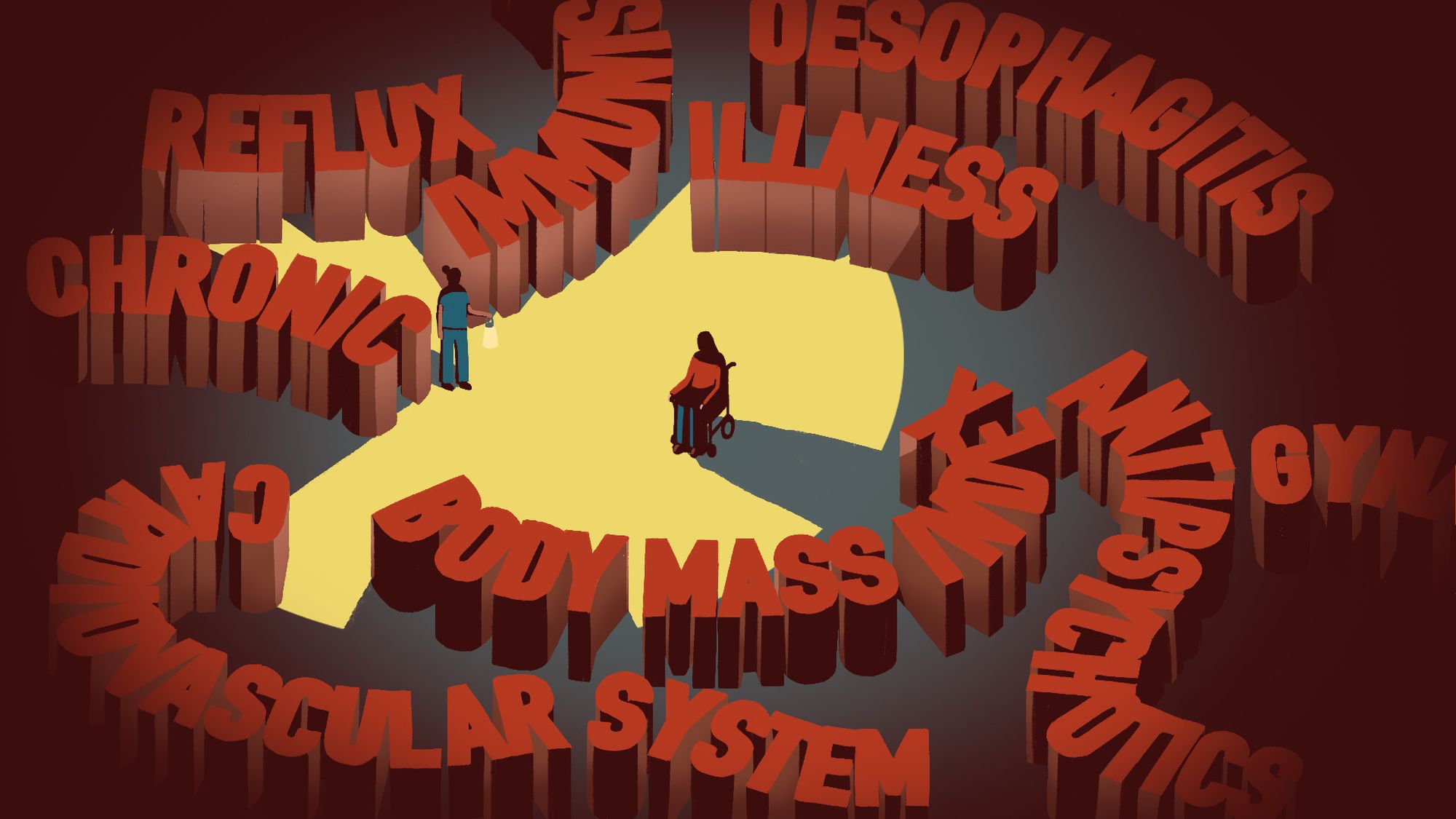 Last seen on our pages with soothing mental health animation isle of Chair, London based Director Ivyy Chen returns to DN with Strange Beast produced animated documentary narrative Learning Disabilities in Primary Care. Commissioned by The Sunnybank Trust to create an insightful short film based on real-life experiences of people with a learning disability, Chen employs a thoughtful and reflective animation style to illustrate the perspectives of those who regularly find themselves stymied by the daunting task of having to navigate the labyrinthine systems which stand between them and the Primary Care services they desperately need. Ahead of the London International Animation Festival screening of Learning Disabilities in Primary Care at the Garden Cinema on the 29th of November we sat down with Chen to discuss why she felt particularly suited to undertake the project and how she deployed scale and colour to express the challenges faced by her real-life interview participants.

How did you land the commission from The Sunnybank Trust to make the film?

I got the brief from my production company Strange Beast. It’s a film with a great cause and personally, I have always been super keen on documentary narrative. I believe my visual and narrative styles were suitable for the project and could take this story on a deeper route and I was thrilled when asked to take the project on.

The core idea of the film is to use the absurd scale of the environments to show how powerless it could feel while accessing primary care for people with learning disabilities. At the same time, I want to keep their voice as original as possible, so we cut between the reality shots where we see them expressing all sorts of gestures and reactions in the interview process, which are so real and varied between individuals with learning disabilities.

How tightly defined was the brief and what time constraints did you have to work to?

Visually I had a lot of freedom from the trust and support of Surrey Heartland. However, since it’s documentary-based content, most of the restraints come from the interviews which determined the direction and the narrative of the story. 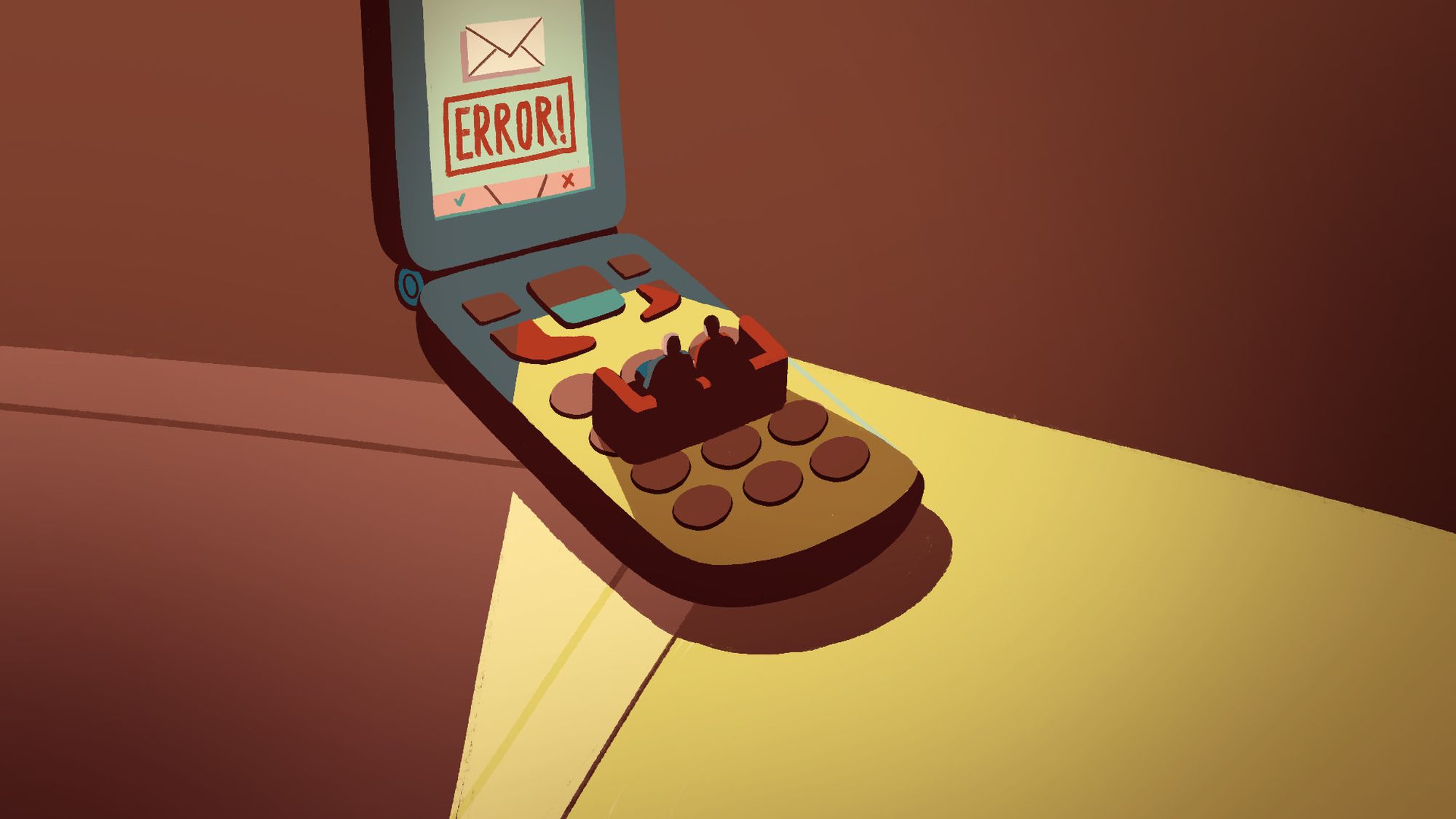 The pre-production started in March for 7 weeks, just between me, my producers and the researchers. We were going through hours of recording footage to cut down and form the narrative. Then, we brought the animators on board and had another 9 weeks to purely dedicate to animation.

To me, browns on monotone bring a sense of suffocation which I thought would work for this story.

What informed the stylistic choices of the film and what did you want those visual decisions to engender?

Surprisingly, the visual came quite naturally. As soon as I heard the story, I had a rough image of how to portray the scenes. I wanted something serious, editorial, and sensible. I have also always liked playing with monotones / limited colours. To me, browns on monotone bring a sense of suffocation which I thought would work for this story. The initial style frame was a bit more gloomy, with too much brown. I had to adjust it a bit for the final design. For the characters, due to confidentiality, I took inspiration from our participants’ looks but made sure I designed individuals who were largely unrecognisable.

You mentioned the constraints of the interviews to the story, how did you find the participants to work with and overcome some of those issues?

It was fun and also challenging! It was my first time dealing with real-life interview recordings and they were over 6 hours long. There was not much to control over the story. You might think of bringing in more conflict and drama in the story but this is their real life. Most hardships come from not being able to do simple things that are easy for us but difficult for them. We also worked with the researchers from Surrey Heartland who knew the participants very well. It was okay for them to speak up.

You might think of bringing in more conflict and drama in the story but this is their real life.

Can you tell us more about grounding the more metaphorical animation sequences by incorporating the gestures and reactions of your interview subjects?

One of the features of people with learning disabilities is hand gestures. The final recordings were done with only audio so I also watched lots of reference videos online to study. We mostly notice this when we are in the interview shots where we see a close-up of our characters. Those moments are good opportunities for the audience to feel they are in the rooms with our participants and to feel their emotions.

I am currently developing my next story with some BFI funding and Strange Beast. It’s an animation short summing up my now long time living in the UK. It’s a story I’ve had for many years and I am super excited about it.