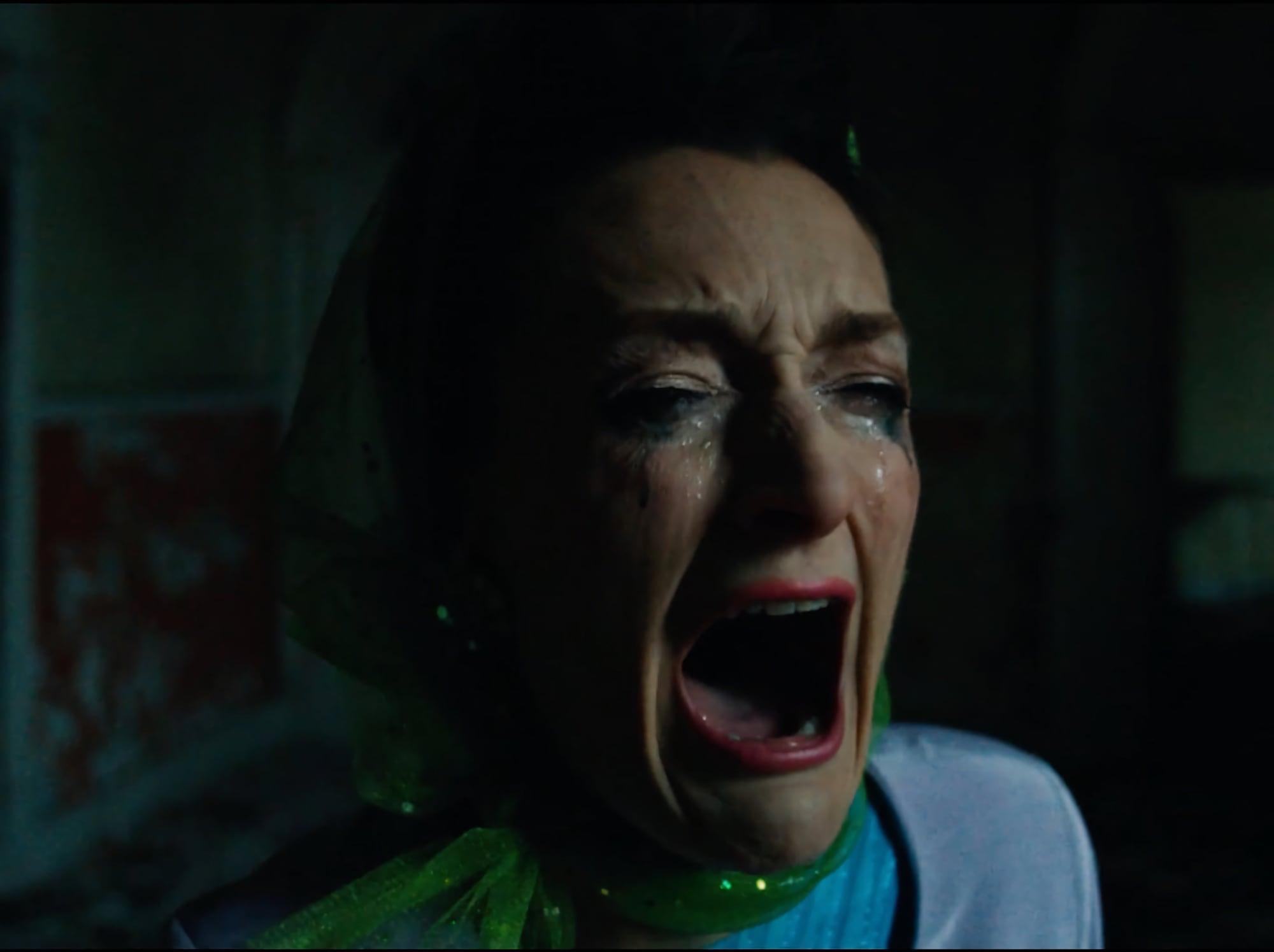 TJ O’Grady Peyton last appeared on the pages of DN as both director and actor in Wave, a film which shows a man isolated by the barrier of unintelligible language so it only seems fitting that his latest short, Broken: A Lockdown Story, is guided by a bizarre exploration of language and expressions. TJ worked with fellow London Film School graduate John Craine to create the story of a family who have seen better times as envisaged through the fantastical prism of its matriarch whose playful account belies the reality of the household’s situation. The film’s playful score and quirky narration, which has fun playing with recognisable idioms, are equally matched by its highly stylised scenes of outlandish capers and a delightfully dry sense of humour which runs throughout. We sat down with Director Peyton and Writer/Cinematographer Craine to delve into how they wove together a selection of bizarre idioms into a coherent narration, the directors and writers they took influence from and how they tackled the tricky task of shifting the film from its imaginatively playful milieu into a much more ground representation of a family in trouble.

How did you develop this surreal depiction of a family in full breakdown mode?

TJ O’Grady Peyton: John had a fun one-shot script that played with language in a quirky way and used lots of idioms. We decided to flesh out the idea and it evolved from there. We also made a film in film school about a house falling from the sky which probably influenced this piece a small bit. I wanted to try and make something quirky, highly stylised, somewhat light-hearted and with a dark, dry sense of humour. Inspired by the work of Roy Andersson and Roald Dahl, this is a project which doesn’t take itself too seriously and I hope audiences feel the same.

I wanted to try and make something quirky, highly stylised, somewhat light hearted and with a dark, dry sense of humour.

John Craine: That was all really dictated by the idioms, it was liberating to allow the language to dictate the images.

That slew of idioms really does drive the tale in such a fun way, what was your process for putting the lyrically flowing narration together?

JC: I was excited by the idea of taking a limited set of linguistic artefacts and seeing how you could fit them together into something coherent. It’s almost like the surrealist technique of the ‘mash-up’ where writers would cut up a magazine and see how the words could be rearranged into a different form. It’s like a game but it was fascinating to see how, even with this extremely limited material, we were back to recurring themes and motifs in our work (particularly falling from the sky and families struggling to communicate).

It was liberating to allow the language to dictate the images.

You mentioned Andersson and Dahl as sources of inspiration, how did you draw upon their works to create the world of Broken: A Lockdown Story?

JC: I’d add Wes Anderson to that too. From Dahl, particularly in his children’s books, there’s a joy in grotesque characters and dysfunctional families.

TJ: Both Wes Anderson and Roy Andersson have a very unique visual aesthetic. Recently I’ve been watching quite a bit of Aki Kaurismäki and he too, like Roy Andersson, is able to art direct stories that have quite grim subject matter in a beautiful and off-beat, comedic sort of way. It was a fun experiment and our opening bog shot undoubtedly pays homage to Roy. 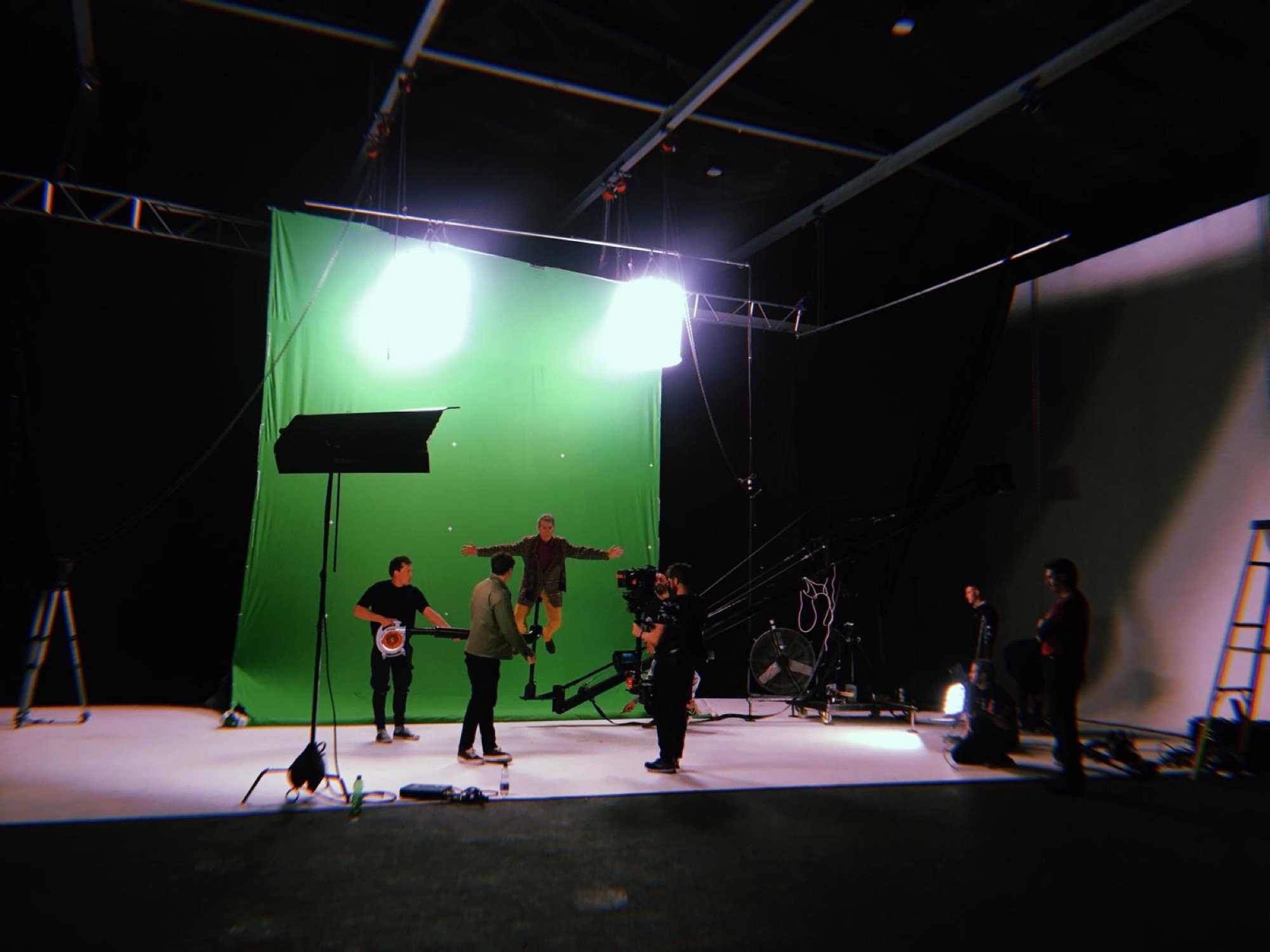 The visual effects add so much to the fantastical story, who did you work with on these?

TJ: Massive shout out to Daniel Morris and our post house Blacksmith in New York. Blacksmith mainly work on epic commercials and productions in America and our short was just a fun passion project for Danny who did us a massive favour. He put in countless hours on this and we owe him and the company so much. We discussed our idea and then collaborated online and in person to find the right playful look and feel. Our Editor John Cutler helped craft and piece the sequence together. We went fairly wild on the shooting day, much to Danny’s utter dismay. The post house then tried out a few different approaches after discussing the overall vision.

JC: The most effect heavy section is the dad falling from the sky. This was all greenscreen with the actor on wires and then it was all shot on Steadicam. The wind is pretty low-tech, just our team (Steve Kingston and James Donnelly) from the art department with leaf blowers!

JC: We actually shot on the Red Dragon. We only used two lenses, a 16mm and a 40mm Zeiss Ultra Prime. We wanted to lean into the ‘cartoony’ aesthetic – the 16mm was great for close-ups and also for distorting the spaces we were shooting in – it allowed the moves on the Fall section to feel more dramatic, in Run it really converged the landscape and in Break it exaggerated that awesome space in the derelict building.

The short run time run of the film adds to the punchy hit of joy, did you always plan on making it this length?

TJ: The goal was always to keep it short and punchy. Something fun for a festival and for online. The script ended up being roughly 3 or 4 pages so it was never going to be too long.

JC: It was originally even shorter, just the Break section but we expanded it – it was really enjoyable to expand, once you start thinking about how a set of idioms might fit together it’s difficult to stop.

It was an interesting challenge to think about how to present those characters that we’ve met versions of in the heightened imagination world when we’re seeing them more objectively.

Can you talk us through the shift in framing and colour when we move into the final vignette?

JC: The shift is a shift from the Mum’s imagination into reality, essentially moving from inside her head out into the real world and we only came to this ending quite late in the process. I hope it speaks to how we think about ourselves and think about our own stories. It was an interesting challenge to think about how to present those characters that we’ve met versions of in the heightened imagination world when we’re seeing them more objectively. Also, I hope it resonates that far from the dramatic and sticky ends presented in the imaginary world, the family are all very much alive and still together, just unhappy and forced to endure close quarters. Maybe the imagination world is a wish fulfilment of sorts.

TJ: The two aspect ratios represent different worlds – the imagined and reality. We made the colours really pop, keeping them more saturated and vibrant at the beginning of the film and then desaturated them and made them feel heavier and less idyllic when we come back to reality during the reveal – lockdown. Mikey Pehanich is a wizard in the grading suite and added so much to the overall look.

Right from the opening scene the score and sound design pull you into the heightened world of the mum’s imagination.

TJ: Our composer was Denis Kilty and our sound designer was James Latimer – two very exciting and talented individuals from Ireland. Both work in film, TV and commercials in Dublin. We were delighted that they came on board to do their thing as they are often busy working on bigger projects.

What can we expect to see coming up from you?

TJ: I’m currently prepping another funded short film shooting early next year. Hopefully, it’s my last short before moving on to features. Outside of that, I have two feature films in development and am back pitching on commercial work.

JC: I’m developing a feature film with TJ about a Gary Glitter impersonator called All That Glitters Is Not Gold, I’m writing that at the moment. In the new year I’m shooting a short that I wrote called Grounded and I’m also developing a documentary about the events that led to homosexuality being decriminalised on the Isle of Man in 1992. So a pretty mixed bunch of projects!