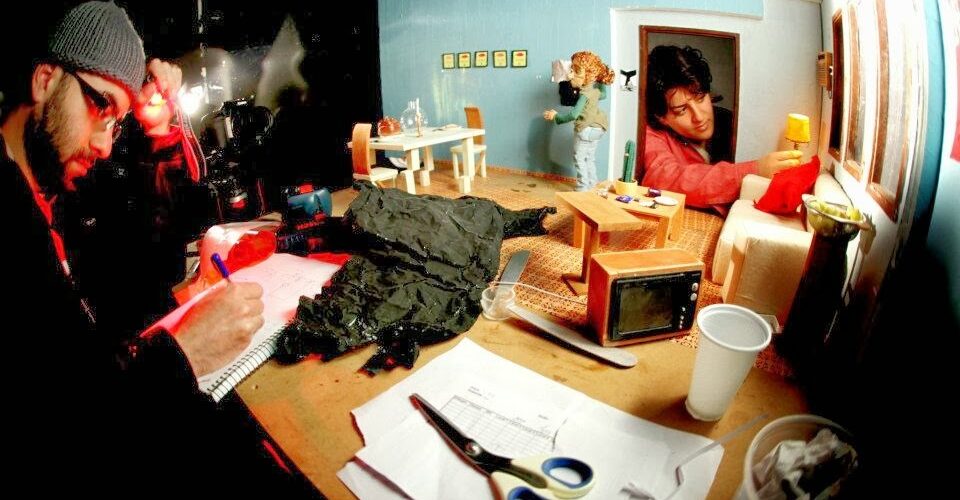 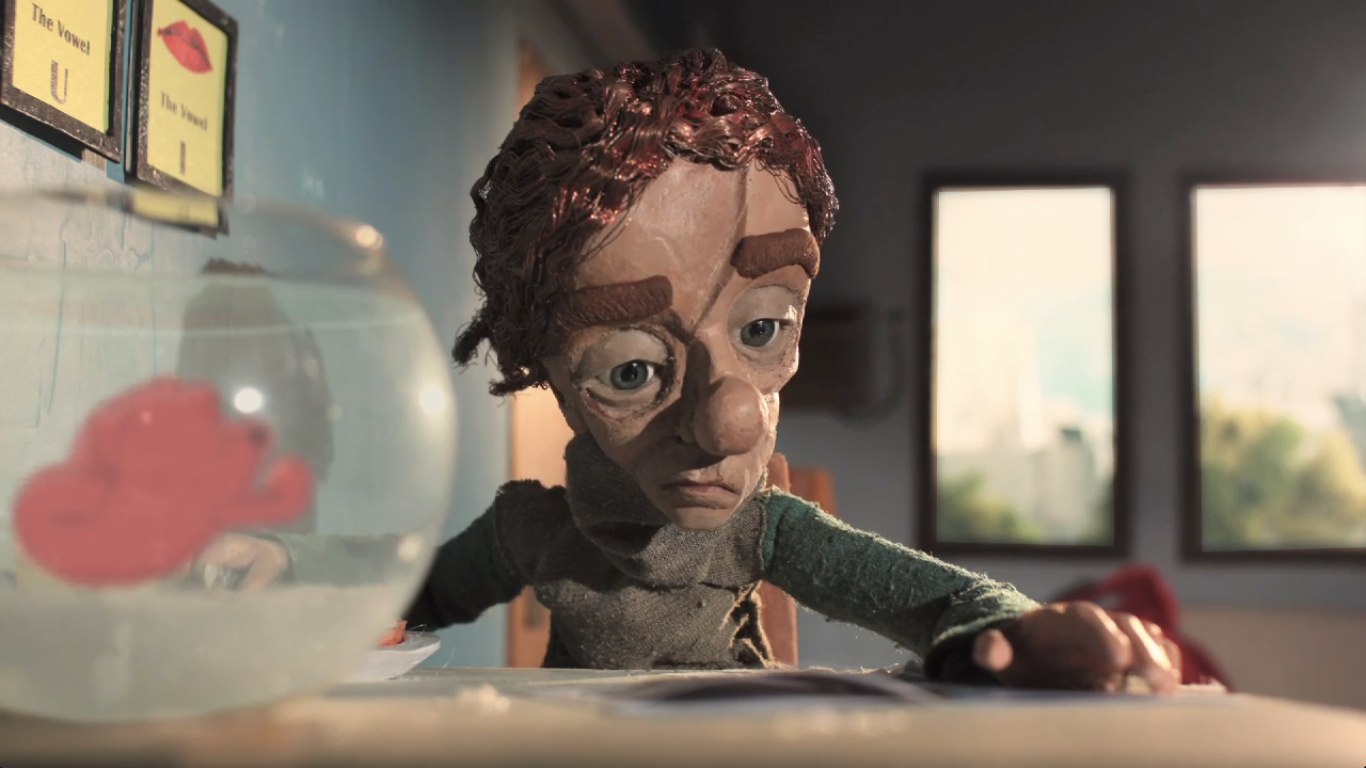 Winning over festival audiences worldwide and picking up several awards along the way, Emlly Noy and Tom Madar’s graduation film from Israel’s Sapir Academic College, Mouth Wide Open, Ears Shut Tight, tells the story of a shy, voiceless woman who lives a solitary life with only her fish for companionship. DN caught up with Tom to find out more about Mouth Wide Open, Ears Shut Tight’s commentary on cinematic gender politics and the production’s time saving use of parallel production stages.

Mouth Wide Open, Ears Shut Tight is a short film about Jonah – a young woman who lives a life of solitude and silence with her friend the fish. She has an anxiety disorder called Selective Mutism, which means she has a psychological block to speak although she has the physical ability to do so. It’s a phenomenon that appears mainly among little girls and it relates to a loss of trust in her nearest environment. Our selection of a silent young woman is an expression of the place women take in our society. Women often find themselves pushed aside and they’re not given the legitimization to express their physical and emotional voice. This phenomenon preserves women within an inferior and vulnerable position. In order to survive in a manly world, women have to choose between neutralizing themselves or using manly behavior as their own asset.

From the very beginning we knew that we wanted to tell a story about a silent woman who puts her fish in her mouth every time she has to deal with the outside world, but it took us some time to figure out what the story was we wanted to tell about her and what her relationship with the neighbor on the other side of the wall was. It was only when we understood what her every day routine would be that we realized that was the thing we wanted to tell about her. It’s not a romantic story about a relationship, the man here is just a function, he is the object, just as we usually see women portrayed in mainstream cinema.

This is a film about loneliness in our modern world. Every character in the film is dealing with loneliness: Jonah, her mother, the neighbor and the creepy guy in the cinema. We live in an era in which we find human companionship far from human beings – at the cinema or in front of the TV screen as we glance at other people’s lives in shows like Big Brother. In the film we’re not trying to criticize this behavior because people do find relief through watching other people’s stories. As a matter of fact, this is the reason why humankind has told stories from its early beginnings. We love to feel a connection to other people even if we don’t know them in person and even if those people are fictional. 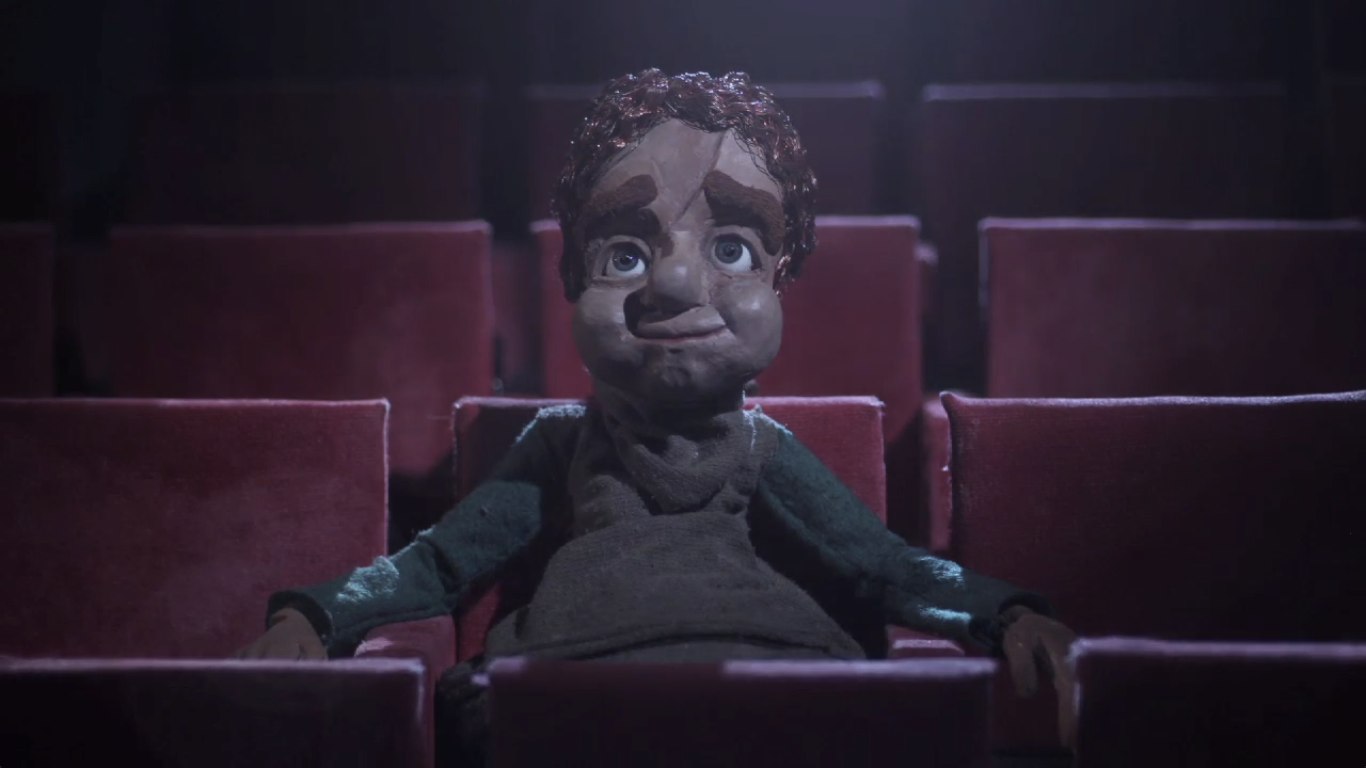 Mouth Wide Open, Ears Shut Tight deals with the place of cinema in our lives and there are some motifs from other films that deal with the same themes our film deals with. For example, Singin’ in the Rain tells the story of the transfer from silent film to speaking film: above Jonah’s dining table there are illustrations of lips with the five vowels. The same illustrations appear in the speech therapist’s office in Singin’ in the Rain, but at Jonah’s house the lips don’t express the vowels because she doesn’t speak. In the cinema scene we chose Charlie Chaplin’s song from Modern Times. It was the first time the audience heard Chaplin’s voice, and the song is a criticism about the transfer to speaking films. Chaplin always claimed that in film words don’t matter (and that’s the phrase his friend tells him just before he starts to sing).

The work on the script of Mouth Wide Open, Ears Shut Tight took a year and a half, during which time we also worked on the storyboard and the art design. The whole construction of the puppets and sets took us two months and the shooting of the animation took two and a half months. Every time Emlly finished the animation of a whole scene, I immediately edited it and sent it to the sound designer, the After Effect artist and the animators of the fish. Everyone worked simultaneously which allowed us to get to the finish-line all together and to shorten the total production time.

As you can see in the pictures, the puppets are built with armatures inside them. The armatures allow us a precise control on the puppets’ movement working frame-by-frame. The hands of the puppets are silicone casting and the faces are made of Super Sculpey. The lower half of Jonah’s face was replaceable and that’s how we changed her expressions. If you look you’ll notice that the changes in her expressions take place between shots and not in the shot itself, or while an object hides her face (the aquarium, her hand). In that manner the replacements feels more natural and smooth.