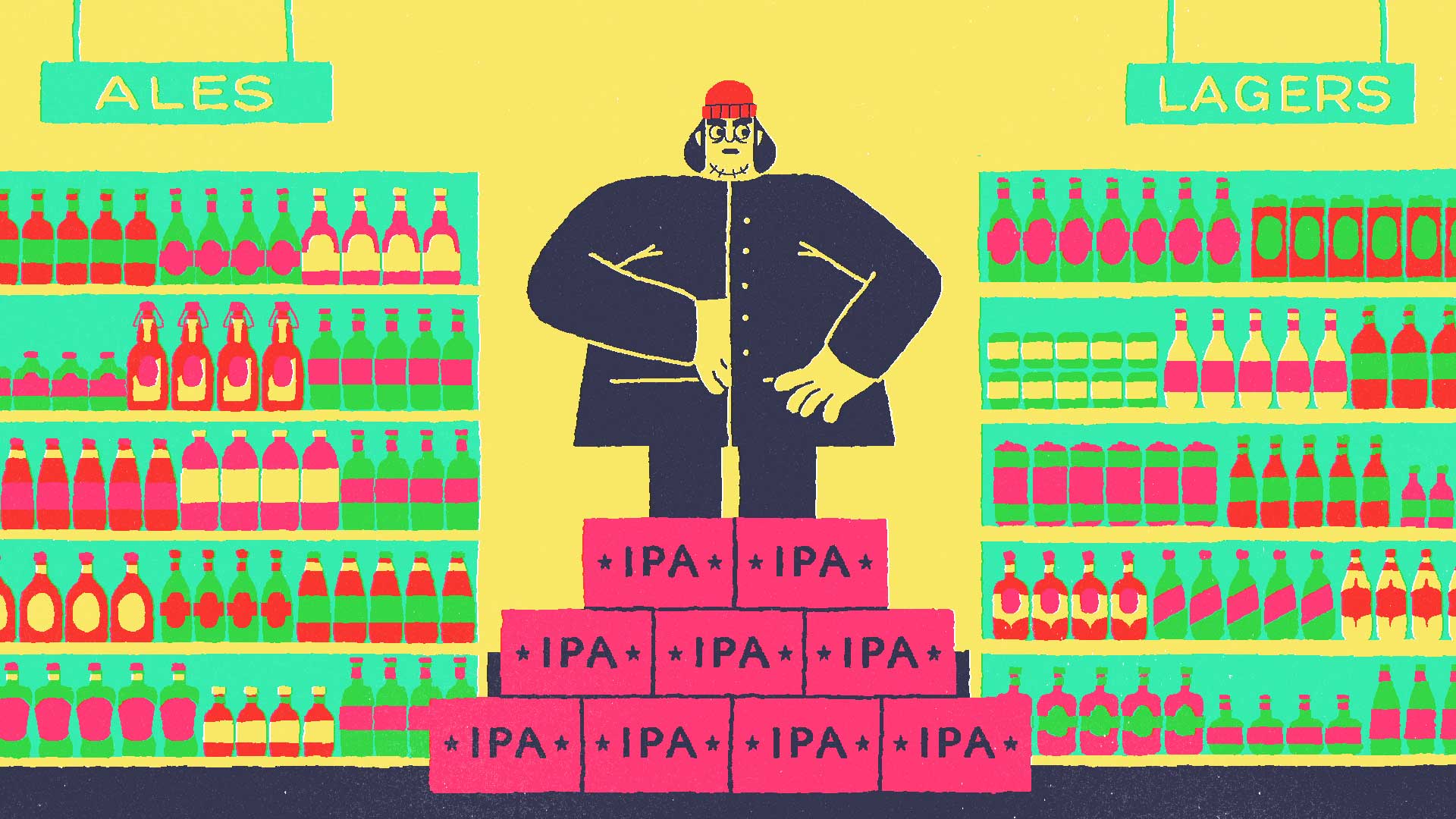 With the 2014 RCA show concluding at the end of June, we thought July seemed like the perfect time to catch up with some of the graduating animators from the college to find out a little more about their final films. As we stated in our round-up from the 2013 show every year students from the RCA turn out some of the most exciting and innovative short film work you’re likely to come across in the world of animation and every year we eagerly await a chance to see them. Unfortunately, we have to wait at least a year until we can actually see the final films appear online (we’re still waiting for the 2013 films to appear online), but in this series of articles we’ll give you an insight into some of our favourite films from this year’s batch – next up, Nicolas Ménard’s Loop Ring Chop Drink.

At first blown away by the style of his work, it soon became apparent, after watching his films, that animator Ménard was no one-trick pony. As strong in concept, as in aesthetic flair, his films spellbind audiences with transportive narratives and magical visuals. Having been blown away by previous film Somewhere, I know Loop Ring Chop Drink was a film I was going to want to know more about – catching up with animator after the show, we spoke about his approach to storytelling and the importance of collaboration:

Loop Ring Chop Drink tells the mundane story of a heartbroken man, an online gambling addict, an alcoholic kleptomaniac and an anxious loner living in the same apartment building. The different stories are loosely connected, but as the film gains in rhythm, they start to collide. It’s placed in a bold and colourful universe, contrasting with the grim themes exposed.

I guess it could be called a dark comedy with an indie comic feel.

At the beginning of the creative process, I produced a big amount of writing, including ideas, poems and visual gags. None of them were connected in any way. I wanted to approach my second year film as a sort of collection of ideas; a moving, rhythmic sketchbook which would free me from the constraints of narratives. I was kind of afraid of tackling storytelling again after my first year film. But soon I realised I had to face my fears if I wanted to get better, so I decided I would use this content to craft my story.

I started by sorting out my ideas by themes, and some main concepts started to emerge. I was then able to separate them into four different characters. Mashing it all together wasn’t easy; I had to do some heavy curating and dispose of ideas I got attached to. Then trying to make it work as one piece was even harder, the story became a big puzzle.

After 11 weeks on and off on the script, I decided to start animating even though the story wasn’t completely resolved. I designed and made motion tests with shots I knew would stay in the film. While I was producing content like a robot, my mind was free to imagine what was going to come next. After 3 weeks of early design work, I finished the script and tackled the animatic. The following 12 weeks were pretty much just animation production.

Everything was done in Adobe Photoshop, with post-production in After effects.

Collaboration was a big part of the project. Since my deadline was pretty tight, I started to be afraid I wouldn’t be able to finish in time. The amount of colouring and animation I had to do was just too much. So I ended up calling for help on Twitter. I was very lucky to catch the interest of passionate animators; they really saved my ass. With my budget I was also able to hire the super talented Anne-Louise Erambert for a week, and I had the precious help of my awesome classmate Iris Abols for two weeks. I set up a Dropbox to introduce everyone to my workflow with short video tutorials. So that took care of a quarter of the film’s animation, and about half of the colouring.

Once again, I asked collaborator and musical wizard Rich Vreeland if he wanted to make the film’s sound and music. He agreed and we managed to do everything online with emails and an online cue sheet. It was a big foley job this time around, so it was an interesting challenge for Rich who crafted detailed, textured sound effects. We then made a final mix in 5.1 with Dayo James at the National Film and Television School.