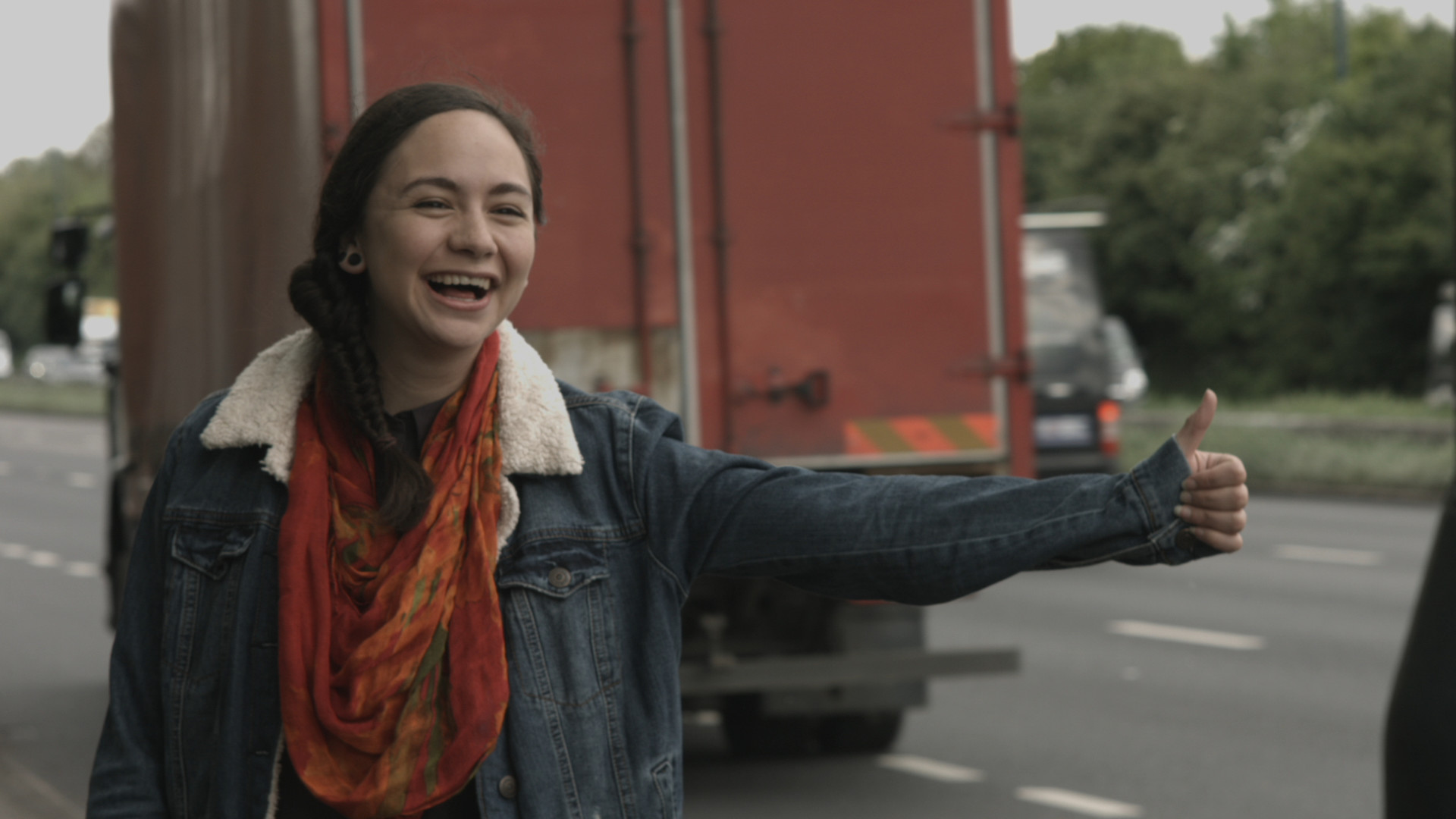 With a series of short films already in her back catalogue and a couple of feature projects in various stages of development, Kate Herron is a director eager to stamp here mark on the industry and is undeniably a name to keep an eye on in the future. Released today, Rest Stop is the 2nd film of Kate’s we’ve featured on DN (although it’s three if you count her credit as co-writer on Rob Savage’s British Sea Power video) and is once again a shining example of her deft touch within the comedy genre. Eager to find out what attracts her to comedy as a director, we spoke to Kate about her latest short film and what she has planned for the future.

Meredith, a young self-obsessed Canadian backpacker, finds herself stuck in a dingy British service station at 3AM on a rainy Tuesday evening. Unsuccessful at befriending the locals she uses the time to update her blog, only to be interrupted by a handsome stranger sitting at a table nearby. He says he has a vital fact about her future, one that will set Meredith on a new course for the rest of her life. Well, what’s left of it.

‘Rest Stop’ centres around a naive young backpacker looking to “find herself” on her travels – what was it that attracted you to this narrative?

It was born partly out of me wanting to exercise a period in my early twenties when I went backpacking around in the USA. I was 3000 miles from home and events that would normally be mundane, like a bus breaking down or buying a coffee were suddenly transformed into these wild and magical experiences. I thought I was this free spirit but I was basically an idiot with a blocked bankcard carrying useless items like water purification tablets. I remember feeling quite lost at that time and hoping that some wise guide would appear and tell me what to do. I liked the idea of exploring how that might play out had it happened. I took this idea to my friend Monica Heisey (who is a fantastic writer and comedian from Canada) who was at the time living in the UK so had a lot of experience as well of feeling like an outsider in another country so we banded together our embarrassments to create the story. 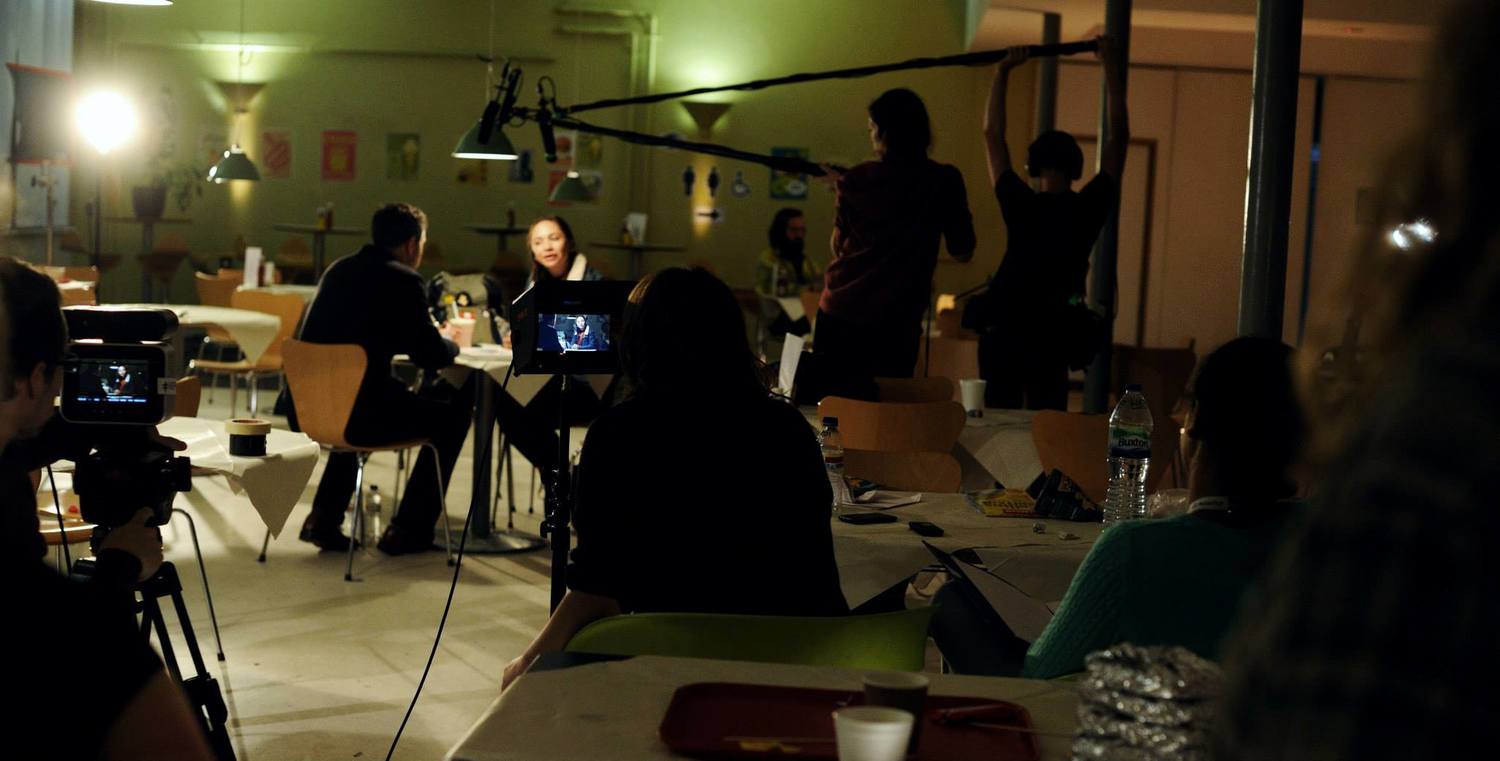 How did the two of you share writing duties?

I loved working with Monica! I’d seen her at the Edinburgh Fringe a few years back and I thought she was so funny so pretty much forced my friendship on her…and then writing duties. For our approach in how we wrote together, I’ve co-written with quite a few different writer-comedians and it’s always interesting to see what rhythms you find as a pair. For example another writer I work with a lot Briony Redman, we both do improv so often sit by side and just act out the scenes as one types, which FYI makes us look really weird in the cafes we often write in. With Monica as she was not in the UK the whole time we used the time we had together to research and get the barebones of the script locked down. We spoke a lot about tone and our own personal experiences to really bring Meredith to life, then the actual writing we would write separately and pass drafts back and forth to each other.

You developed the story with LOCO London Comedy Film Festival and Sky Comedy how was that?

It was fantastic! Monica and I spent a great deal of time developing the script with our producer Genia as we were lucky enough to get onto the LOCO London Comedy Film Festival mentor scheme as a team. This meant that one of Sky Comedy’s executive commissioning team mentored us on the script and we were lucky that we got to work with Saskia Schuster, who at the time was Sky’s Commissioning Editor and is now Comedy Commissioner at ITV. To have someone that senior reading and help develop your writing was such an amazing opportunity. She’s worked with so many of my comedy heroes and shows I love like Little Crackers, Yonderland and Psycho Bitches so me and Monica were very grateful for the feedback and help we had. The mentor scheme was also very valuable in our research as a lot of the dialogue in the film relies on the techniques of cold-reading so Jonathan Wakeham our mentor at LOCO took us to see a magic show but also a talk by Derren Brown on cold reading.

With all the different locations you could have told this story in, why a British service station?

I remember always toying with the idea of a British road movie in my head and just amusing myself with the idea of it, when I think of road movies I think of the amazing landscapes like in Badlands and Easy Rider and those extremely cool roadside stop-offs but when you translate that to the UK we don’t have that. Me and Monica thought there’d be nowhere more miserable or unromantic for a backpacker to end up than a British service station. They are these fluorescent hellscapes that you only stop at when you are so tired you think you might crash your car or so hungry you are worried you might eat one of your passengers. They are miserable places so naturally felt quite rich for comedy.

Dialogue looks to play a large role in your filmmaking, and there’s a lot of focus on words, over action, in Rest Stop, what is it that appeals about this approach to storytelling?

As a filmmaker, I have always leaned towards making films that are dialogue-heavy as I find a lot of comedy in language and the way we often tie ourselves in knots using it, my short before Rest Stop, Valentine was a monologue set over one day. I was interested with Rest Stop to set myself the challenge of writing a story that would be a conversation set in real-time and in one location but to keep it challenging, cinematic and engaging to an audience. 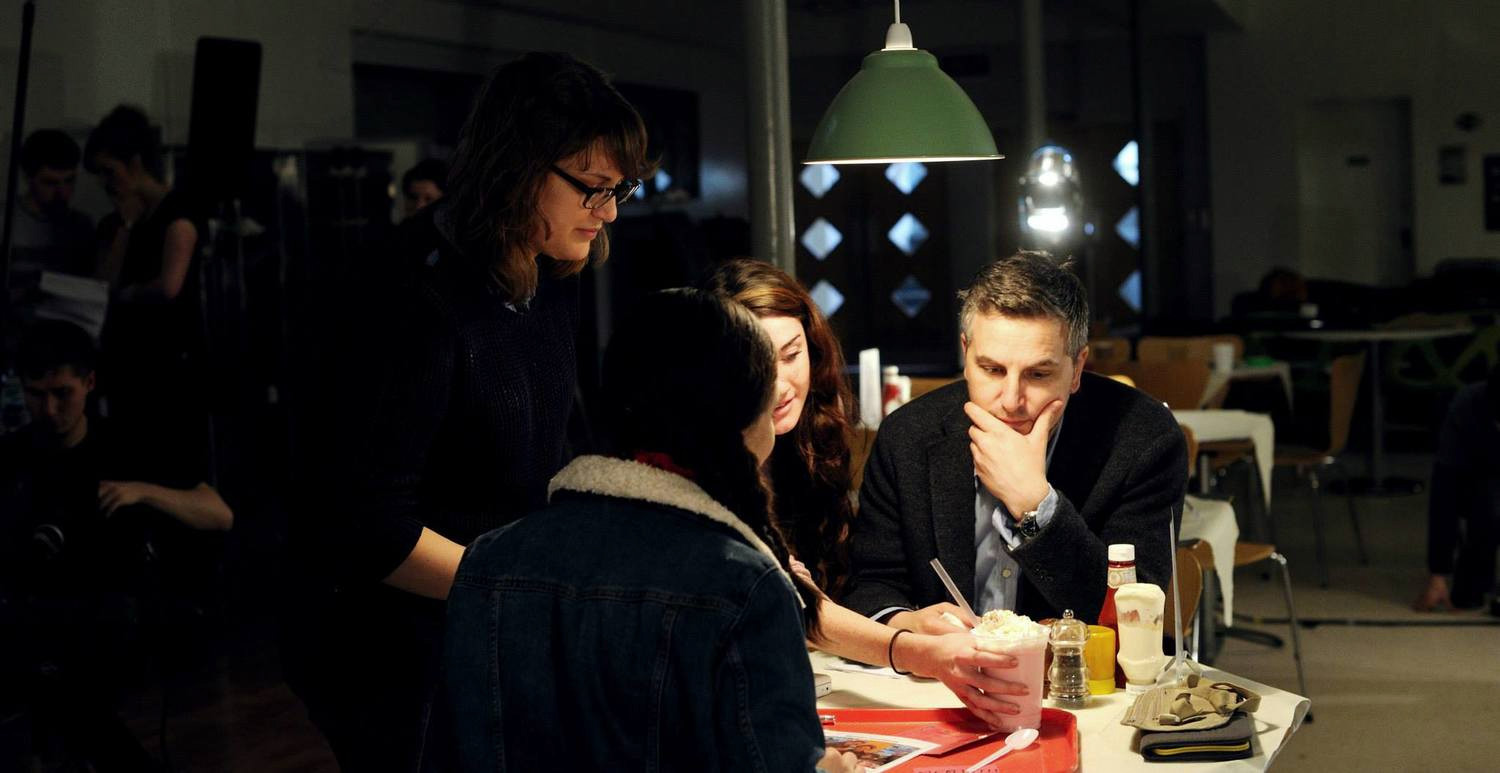 The film is essentially a character-driven two-hander, how did you go about finding your lead actors and what do you feel they brought to the film?

I did quite an extensive search for Meredith and saw so many fantastic actors but I remember Cari Leslie sent a tape to me via a friend of mine who had worked with her at Boom Chicago, which is basically an improv comedy powerhouse that runs in Amsterdam. Its alumni includes comedians like Seth Myers, Jason Sudekis and Jordan Peele. I was completely blown away by Cari’s tape and she just was Meredith. For the role of the Guardian Angel I really wanted to have an actor who would bring a certain presence and power to the part but also was really skilled with comedy. Ben Willbond is one of the UK’s best character and comedic actors with a crazy CV with the likes of The Thick of It, Horrible Histories and a very skilled writer in his own right so having him read something I’d written and say yes I remember felt very surreal. I think the real magic moment was when we we first had Cari fly over from Holland to read with Ben and the chemistry between them completely clicked. I feel very lucky with my cast.

What can you tell us about the production? How big was the crew, how long did you shoot for, what camera did you use?

The production was funded by myself and my Producer Genia and it was very much a passion project in that it wouldn’t have happened without the support of a very dedicated large crew who gave their time and talent in kind to us. There would have been no other way this film would have been possible. We shot for three days and we filmed on the Black Magic 4K, it was filmed by very skilled Director of Photography Karl Clarke.

I am currently locked away busy writing across multiple feature projects, including a feature adaption of Rest Stop where me and Monica are taking the character of Meredith to a bigger story and the other, Jane is Dead, I am writing with Briony (mentioned above) and has Producer Katie Mavroleon (David Brent: Life on the Road) attached. I also have a new short out on the festival circuit Fan Girl (image from the film above), which was written by Screen International Stars Henrietta & Jessica Ashworth and stars Steve Oram (Sightseers) as a faded 90s pop star. Both Fan Girl and Rest Stop are playing at LOCO London Comedy Film Festival on the 23rd April. Tickets available here

If you enjoyed Rest Stop, you can watch more of Kate’s work here and follow here on twitter at @iamkateherron.