Teenage Temptations, Desires & Fantasies Are All Explored in Anthony Doncque’s ‘1992’ 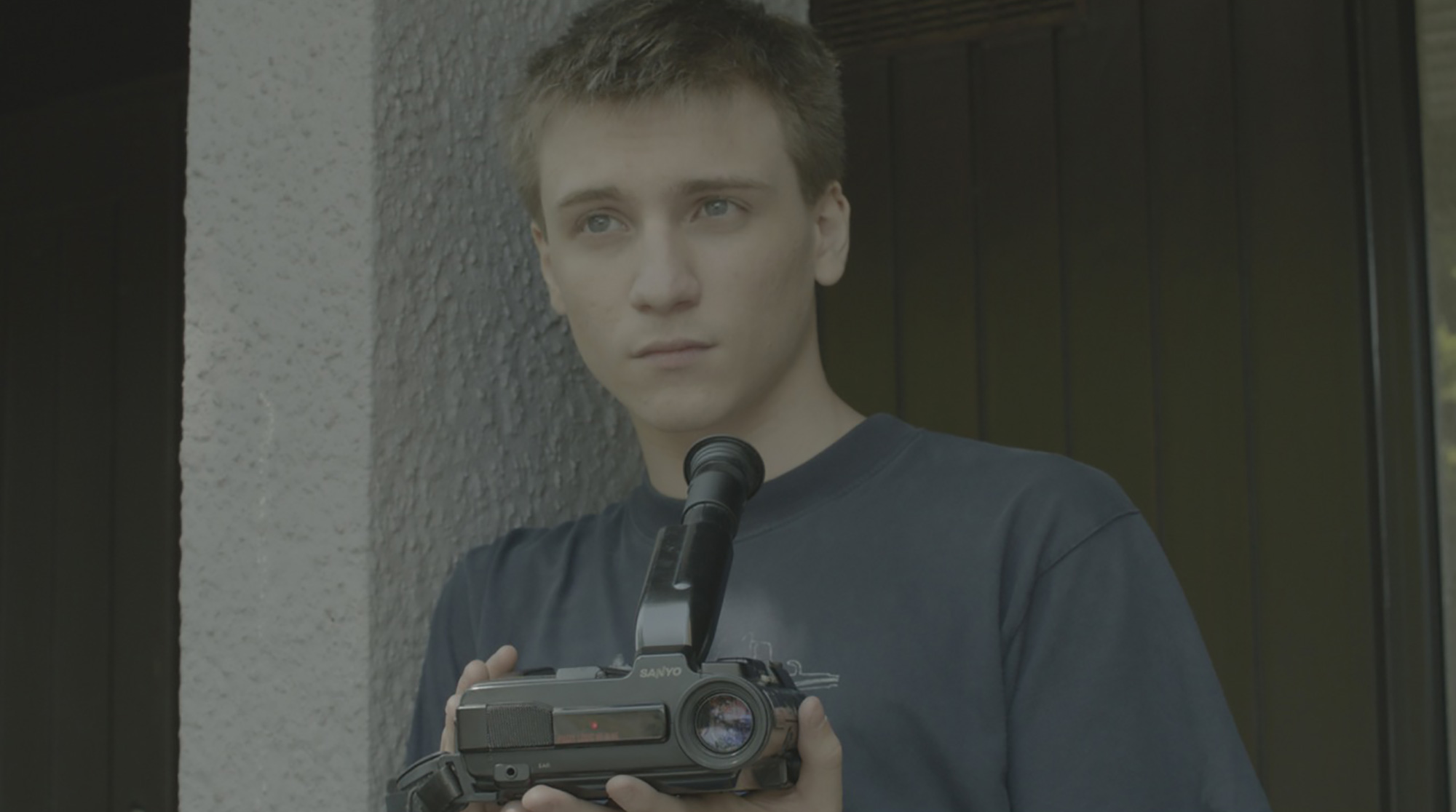 So often, when we see cinematic portrayals of romantic relationships between teenagers and adults they are shrouded with a sense of abstinence as if that relationship shouldn’t be happening. What Anthony Doncque does in 1992, is guide us through one of these romances from the perspective of Martin, a teenager experiencing romantic desires for a teaching assistant at his school. We stay close to Martin and observe through his perspective. The film is interplayed with footage the director shot when he was 17 years old with his first camera, suggesting an autobiographical link between Martin and Doncque. We spoke with Doncque about teenage desire, perspective and autobiographical filmmaking whilst 1992 played the BFI Flare film festival last month.

At the very beginning, there were several hours of Hi8 video images I shot when I was a teenager. Thanks to my first summer job, I bought my first camera. I was 17 years old and started filming my everyday life as a personal diary; I shot what was happening around me. I had no imagination. I was already having problems with strict notions of fiction.

Then I became an adult keeping in mind those images and this intuitive way of filming – a spontaneous and frontal way of watching the world, without a filter. When I started to write a script about the acceptance of my homosexuality in the context of the early 90s, I remembered those images and wanted to see them again to help me write my script.

Why are loved people often the ones we forget to look at?

But what a surprise when I watched it: I remembered having recorded the most important moments of my adolescence, its loved faces – my Father’s and my first lover’s. But those faces were not there. At the best, they were appearing, stolen, at the end of a pan, by accident… Why are loved people often the ones we forget to look at? I was so disappointed. It gave me the idea to use it and to mix some of it with more classical fiction sequences shot with professional actors nowadays.

I really enjoyed the portrayal of the relationship between Martin and Dominique, relationships like that are so often portrayed as if they’re going to be found out. Why did you decide not to show anyone at the school finding out about their relationship or his father confronting the teacher?

That didn’t interest me. I wanted the audience to be immersed in my main character’s point of view, sharing his feelings and experiences. Martin is driven by his desire for Dominique, and the movement of the film follows it step by step. As soon as Martin meets Dominique, nothing else matters but the moments shared with him.

First of all, I would like to say I don’t consider Martin’s way of shooting voyeuristic. That would suppose an external position of the viewer looking at something forbidden. On the contrary, I want the audience to be part of Martin’s experience, always close to him, and not looking at him from the outside. I wanted to show the birth of Martin’s desire.

Also, I’m really curious to know what camera Martin uses in the film?

He uses the real Hi8 Sanyo Camera I used in 1992. To be completely honest, this camera stopped working a long time ago but I never wanted to get rid of it. It was important for me to show the exact original camera the rushes come from.

I want the audience to be part of Martin’s experience, always close to him, and not looking at him from the outside.

One of the final shots indicates that 1992 is autobiographical, if it is, could you talk a bit about this and the value of personal filmmaking?

Yes, the last images show the real face of my father. I wanted to express, through this film, a certain form of gratitude to him. That is the reason I wanted to conclude my short film with my father’s real face. Besides, all the Hi8 material edited in my short film is autobiographical.

Have you got any new projects coming up?

As a producer I have just finished Gael Morel’s new feature, Catch the Wind (released in French theatres soon and hopefully in UK!). As a director, I am starting to write my first full-length feature.