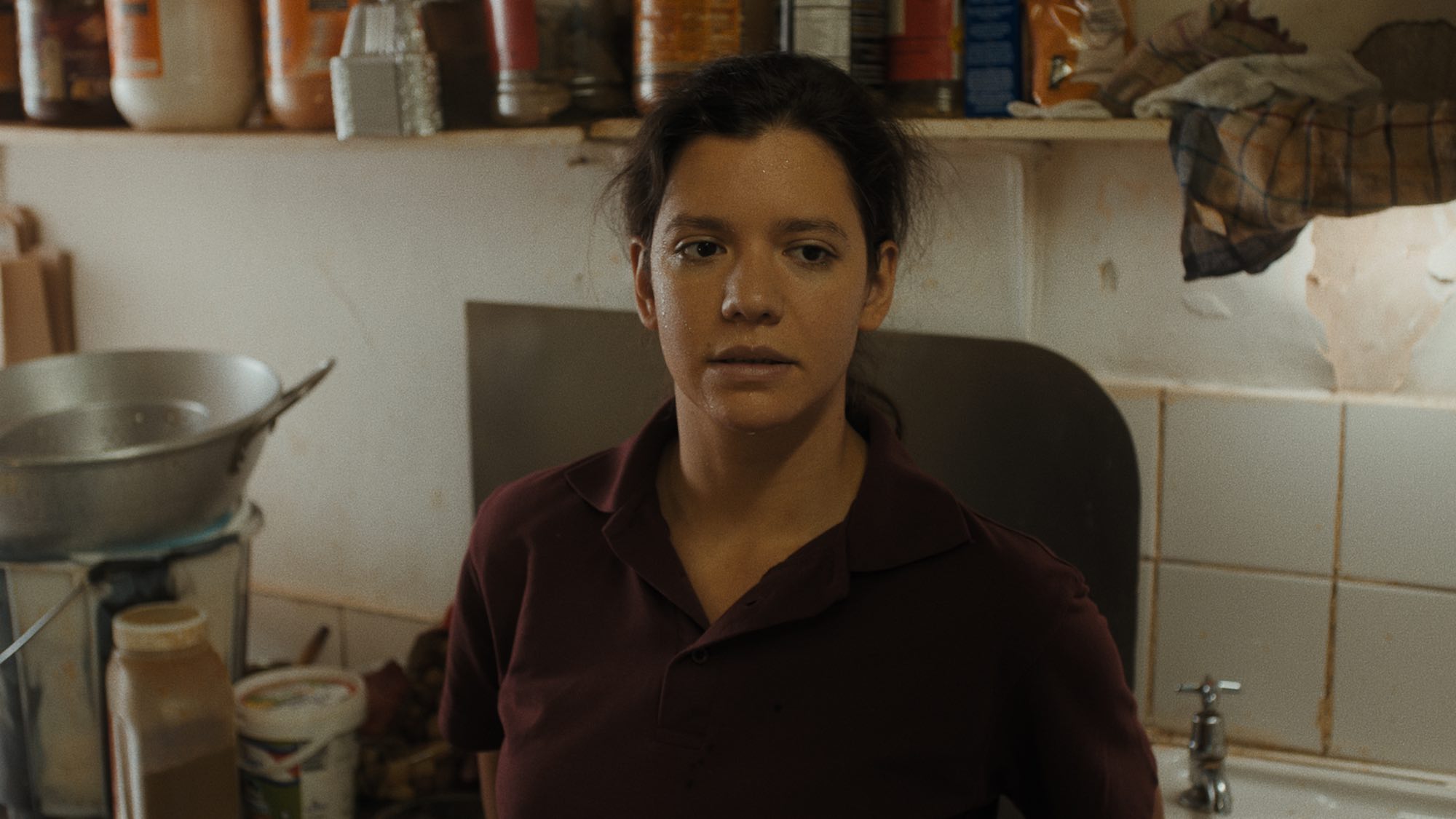 There’s a beautiful moment of stillness towards the end of Bitter Sea, where the mother and daughter we’ve been watching for the previous 13 minutes stop and look out upon a small river in London. It’s a moment that works because, from the get go, we’ve been following these two people intensely and watching the mother balance all the hardships thrown at her to be able to protect her daughter. It’s a clever subversion of the usual fist-pumping triumphant finale that we see in most blockbusters and it undoubtedly packs more of a punch. I spoke to Writer/Director Fateme Ahmadi about the real life inspiration of Bitter Sea and how she used cinéma vérité to honestly portray the turmoil of an immigrant mother in a bad situation doing her best to protect her daughter.

How did you come up with the idea for Bitter Sea?

It is inspired by a real situation. An immigrant couple I knew back in 2015 had decided to hide their kid from their landlord/boss for a few days thinking he wouldn’t be willing to sponsor them to come to London if he knew they had a child to take care of; The story of a 5-year-old who can’t be seen by anyone because there will be trouble was the initial picture I had in mind and then the rest came afterwards.

I really like how you kept the camera close to Maria, it makes the film feel intense and you get a sense of how much Maria is trying to juggle and manage. What was it like working with your cinematographer to create that?

I appreciate your observation, you are right. Alex Grigoras, my cinematographer, is my old friend as well as my former classmate at the London Film School. He is a good DP and he is also Romanian and that was one of the reasons I thought he’d be a good choice for shooting Bitter Sea. He’s got a good eye for camera angles and the fact that he’d speak the same language as our main star, Ada Condeescu was a bonus. However, I should say the tone and the style of the camera movements were planned from the very beginning to be cinéma vérité so that you believe what you are watching is actually happening. The only things that can protect her and her daughter are imagination, dreams and, of course, the love between them.

There’s a serene moment at the end of the film where Maria and Tatiana are looking at the river, it feels like the first moment of calm in the film, could you talk about the ending of the film and what your vision was for it?

Both Maria and Tatiana have been going through a lot and Maria all of a sudden realizes she has lost almost everything but she still has the most precious thing in her life; her daughter Tatiana. Maria, as a very young mother, left her country thinking that she was going to build a better future for her daughter but in reality, she had to somehow imprison her by using her imagination. When she almost loses her, it hits her that the only things that can protect her and her daughter are imagination, dreams and, of course, the love between them. We’re covering Bitter Sea as part of The Shortest Nights event, how do you feel about the inclusion in this year’s programme? How are you finding the responses to Bitter Sea in general so far?

Well, it is a lovely festival and I am so happy for Bitter Sea for being a part of it. It feels good! The script was awarded a production fund by Film London in 2017 and I started submitting the film to the festivals in January 2018. Our home premiere was at the London Short Film Festival and I received very nice feedback. We’ve also had screenings at the University of Westminster Film Festival, East End Film Festival, Swindon Independent Film Fest and British Urban Film Festival; All in the UK and all very successful. In fact, we won the Best Short Film Award from Swindon and our star Ada Condeescu was also a nominee for Best Actor. Our international premiere will be at the Oscar-qualifying Short Shorts Film Festival & Asia in Tokyo.

And finally, what are you working on at the moment?

I just finished shooting another short in Tunisia as a part of Tunisia Factory which was premiered at Directors Fortnight in the Cannes Film Festival in May. It was a great opportunity to meet people who were interested in investing in me and my first feature. This means I’ll be developing my feature script in the next few months. I am also working as the associate producer on a feature documentary titled Coup 53. It is directed by Taghi Amirani and the editor is legendary Walter Murch.