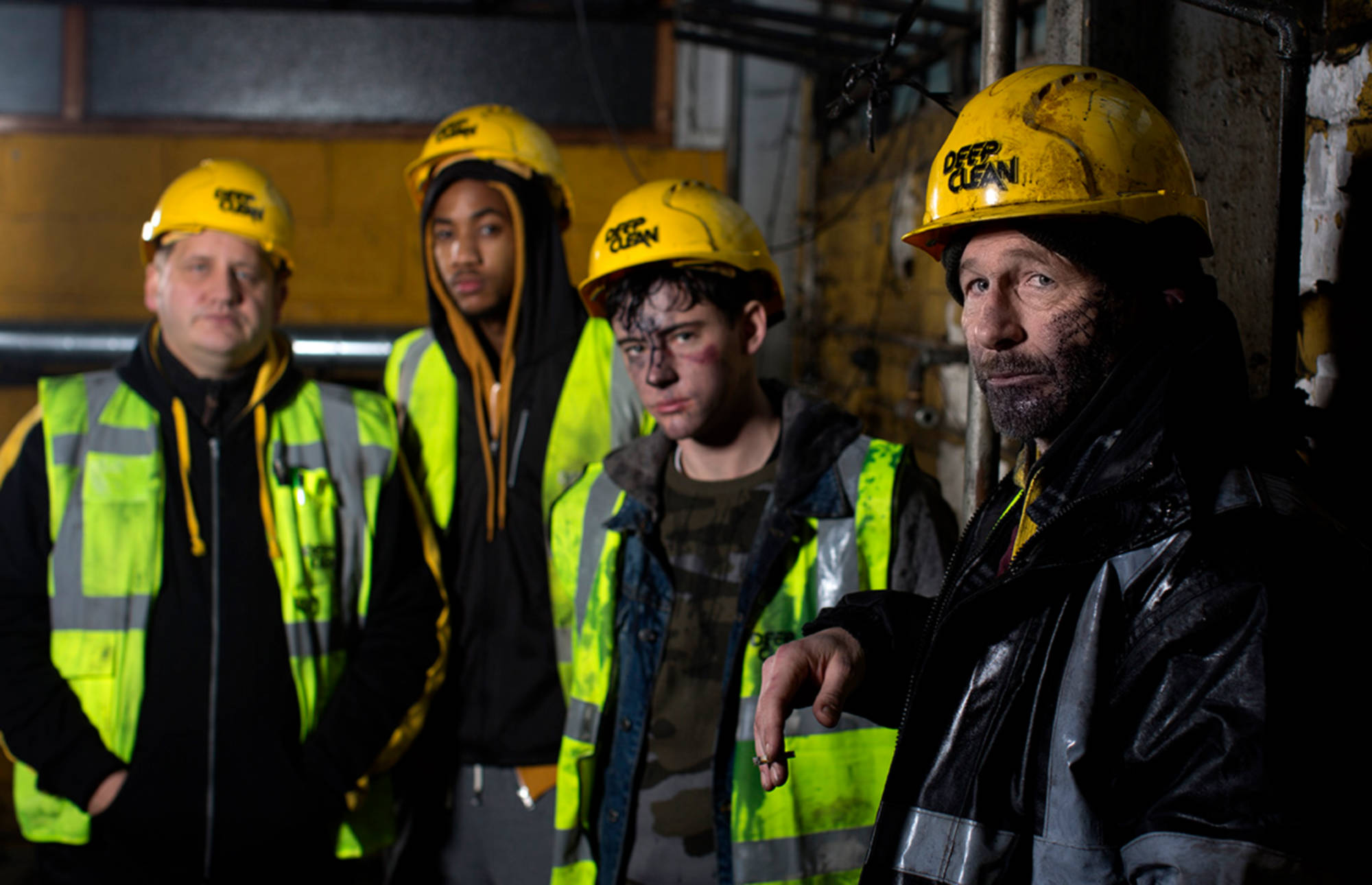 If you ever find yourself stuck in traffic, boiling over in frustration at the snail’s pace of travel inflicted on you by interminable roadworks headed up by a crew whose number one priority seems to be drinking tea, pause before you lean on the horn because, as unlikely as it may seem, that workshy crew may actually be our last line of defence against a horde of inter-dimensional invaders. Alongside Comic Artist Krent Able, Director Matt Harlock’s new creature feature short Deep Clean, ventures into the hidden world of a secret council unit tasked with the job of blocking up demon portals. A film which brings the sensibilities of British Realism to the horror realm, DN caught up with Matt ahead of Deep Clean’s Frightfest Halloween screening to discuss demonic doll creatures, successful crowdfunding and finding the perfect lens flare.

Deep Clean is about as far away as you can get from your Bill Hicks documentary feature we spoke about back in 2009. What’s the journey that brought you from there to here?

Before the Hicks documentary, my background as a director was in drama (I had done several shorts supported by Film London, and commissioned by Channel 4 and Film4, and was developing feature projects) so after the Bill Hicks film, I was keen to get back to that.

I had also made a short hybrid doc with comic artist Krent Able (whose work has appeared in The Stool Pigeon, Vice, NME & Guardian Guide) called Ink, Cocks and Rock’n’Roll, which did well at festivals in 2016. The hybrid nature of that film meant it started out being an artist profile and then turned into a horror film, so when that was placed with Vice.com for its online premiere, we decided to use the awareness of that to launch a crowdfunding campaign about an idea of Krent’s about a road crew called Deep Clean who secretly fight monsters. It felt like a natural progression to work together and try and get this project off the ground. 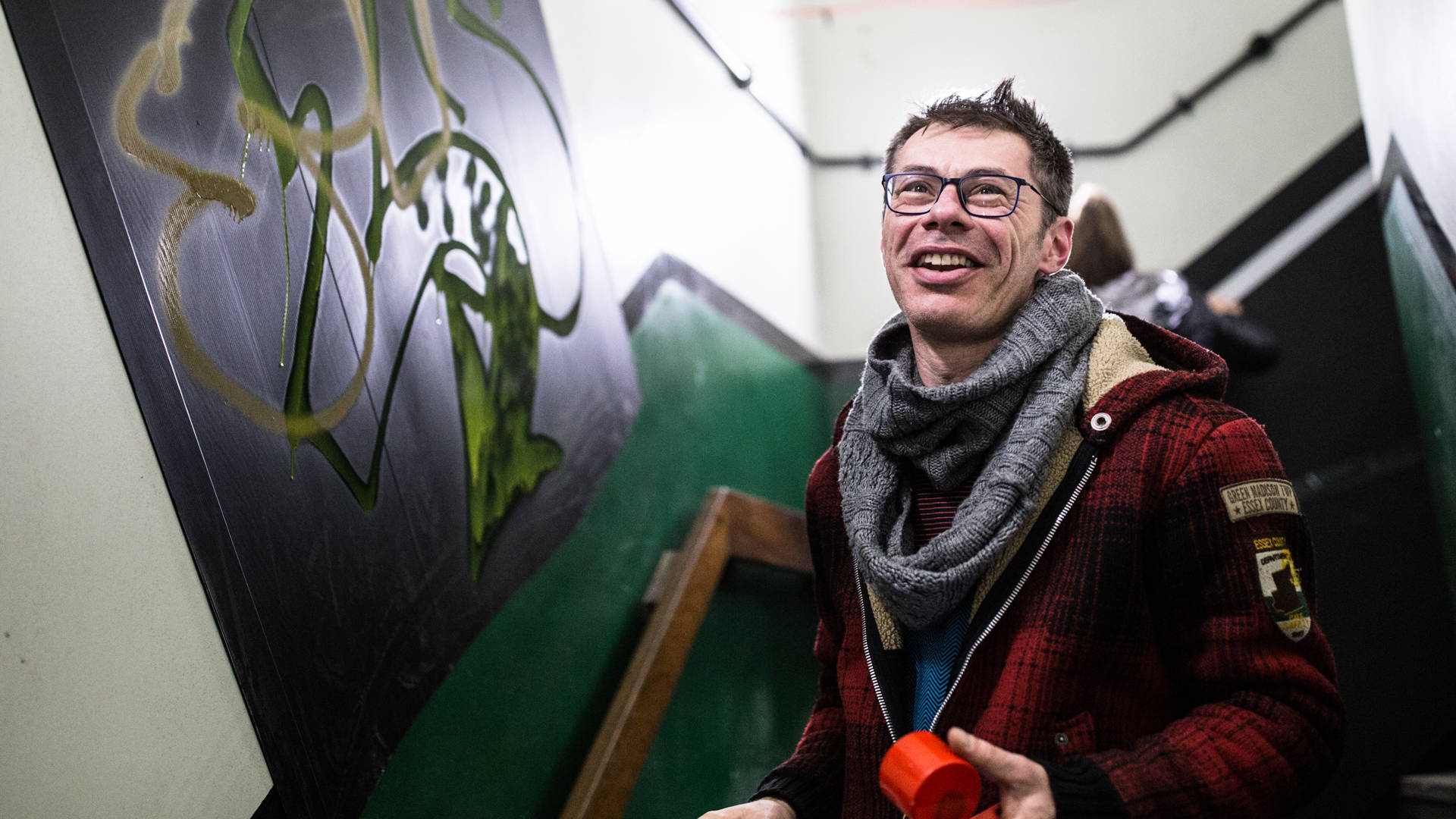 You’ve gone into exhaustive detail elsewhere but would you be able to share some of the key strategies you employed during the Deep Clean Kickstarter campaign which you feel contributed to its success?

I think that there were a few deciding factors that made the project feel ‘fundable’. Firstly, I think it was the type of project that does well on Kickstarter – a high concept pitch that could be communicated quickly, that included the creating of a mythos or world which was not our own, i.e. road crews who secretly battle fantastical creatures from other dimensions. This meant that the way we communicated those ideas at this pre-production stage, for example via branding, posters, concept art – provided a basis for rewards that people might want, which are not necessarily ones you can create for, say, a relationship drama.

We also felt that the collaborators we had lined up to work on the film played a big role in giving the project some validity. We were extremely fortunate to have top VFX outfit Territory Studio (Bladerunner 2049, Ghost in the Shell, Ready Player One) up for working on the visual effects, and regular Ben Wheatley collaborator Dan Martin of 13 Finger FX (High Rise, Free Fire, Sightseers, A Field in England) on the special effects, which for a film like ours that involves a ‘monster’ (designed by Krent) is an important one.

We also spoke with several recent successful crowdfunding teams to get their insights. In particular, we found the research done by Stephen Follows (Catsnake Media) incredibly useful. It included such insights as creating a shorter campaign to install urgency, the best times to launch and end campaigns, the best length for videos, that kind of detail which we very much applied to our campaign.

I read that you went on a hunt for optimal lens flare torches for the shoot. How did the nature of the film determine your shooting format and equipment set up?

Our masterful DOP Greg Duffield is a veteran of shows such as Rasied By Wolves, Man Down and The Windsors. We were very fortunate to shoot the film on the Mini Alexa with a great set of Kowa anamorphic prime lenses, and so Greg specified the right kind of LED torches that flare in those lenses in a really dramatic way. We chose to be mostly handheld throughout the shoot to keep mobile, get in close and keep the energy up.

The fantastic production design by Natalie O’Connor was also instrumental in the way we shot. Creating the ‘lived in’ world of the crew above ground, but also the evocative and scary doll factory basement was done in a modular way. Natalie and her team built movable foreground elements (such as dismembered mannequins) on portable platforms that we could wheel in to create foreground and depth whenever it was needed – a brilliantly practical solution.

It feels like a really exciting time to be in genre filmmaking in the UK at the moment.

How did the design of the creature develop?

We wanted a creature that felt inherent to the set up of what these guys did, but also that we could have some fun with, so reasoned that if an inter-dimensional entity came through in a basic form and then went looking for bodies to ‘inhabit’, it might take the form of whatever it came across first, so that led us to the doll factory location and the concept of the ‘doll maggot’.

It was great to see you opted for a physical rather than CGI creature. Could you tell us more about the process of bringing the doll maggot to slithering life?

It’s actually a combination of physical and CGI. To start with, Krent produced a number of designs that were then finessed with Dan Martin for things like practical operation and manoeuvrability. Dan created first a clay model, which was then cast to enable the production of two silicon variants that could be painted, one for close ups and dialogue, the other for stunt work. We then worked with great young VFX outfit Ripple and Roll, who replaced the eyes, added the tongue and tentacles in a few places – very exciting seeing the different passes as it gradually came to life.

How challenging was it to strike the right balance of comedy and horror tones in Deep Clean?

The script did have a few more jokes that fell away during the edit due to the pacing but the tone of the film was really delivered by our amazing cast. Paul Kaye (Game of Thrones, Dennis Pennis) and Tony Way (Sightseers, Down Terrace, GoT) knew each other from Zapped and played really well together as the main members of the Deep Clean crew, and then Joshua Glenister provided the heart of the film as the estranged nephew of Paul’s character, finally discovering what his deadbeat Uncle really does for a living. The horror notes and rising tension were always handled in a vaguely comedic way – we have been referring to it as ‘quirky horror’. 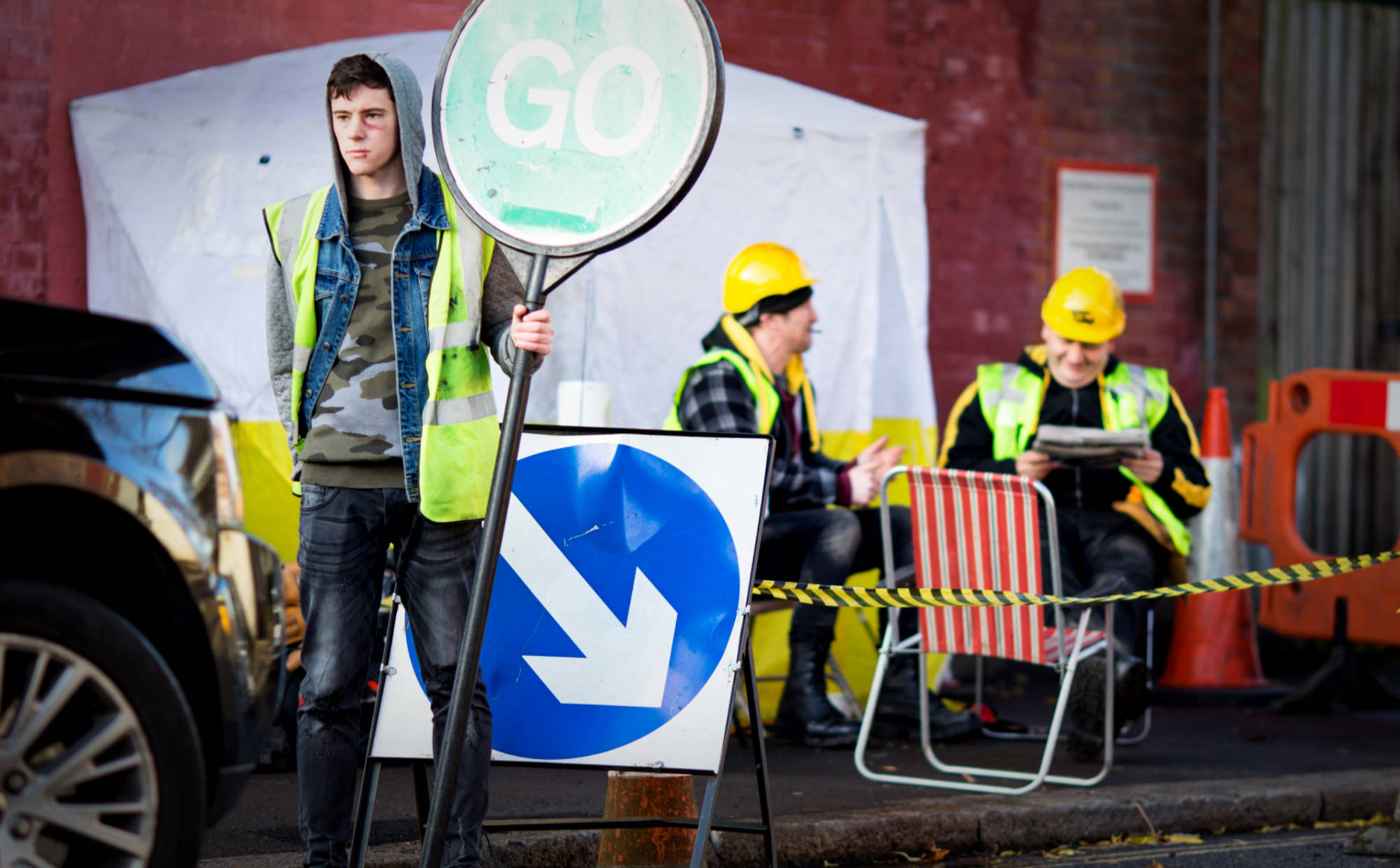 Deep Clean is still very much in the midst of its festival, where can people catch the film?

We are thrilled to be at Frightfest Halloween this weekend (the film having already played Screamfest LA,
Celluloid Screams Sheffield, Knoxville, American Horrors and Cambridge). Following Frightfest, Deep Clean will be at Aesthetica in York, Leeds, San Francisco AHITH, London Short Film Festival, plus more to be announced shortly.

This definitely feels like a slice of a much bigger world, will we get to see more from the Deep Clean crew in the future?

We are developing the Deep Clean feature, with lots more terrifying (and disgusting) threats to face. We are also developing a couple of other genre projects at different budget levels including one based on Krent’s latest brilliant graphic novel I Feel Machine. It feels like a really exciting time to be in genre filmmaking in the UK at the moment – we hope to share more project news with you very soon.