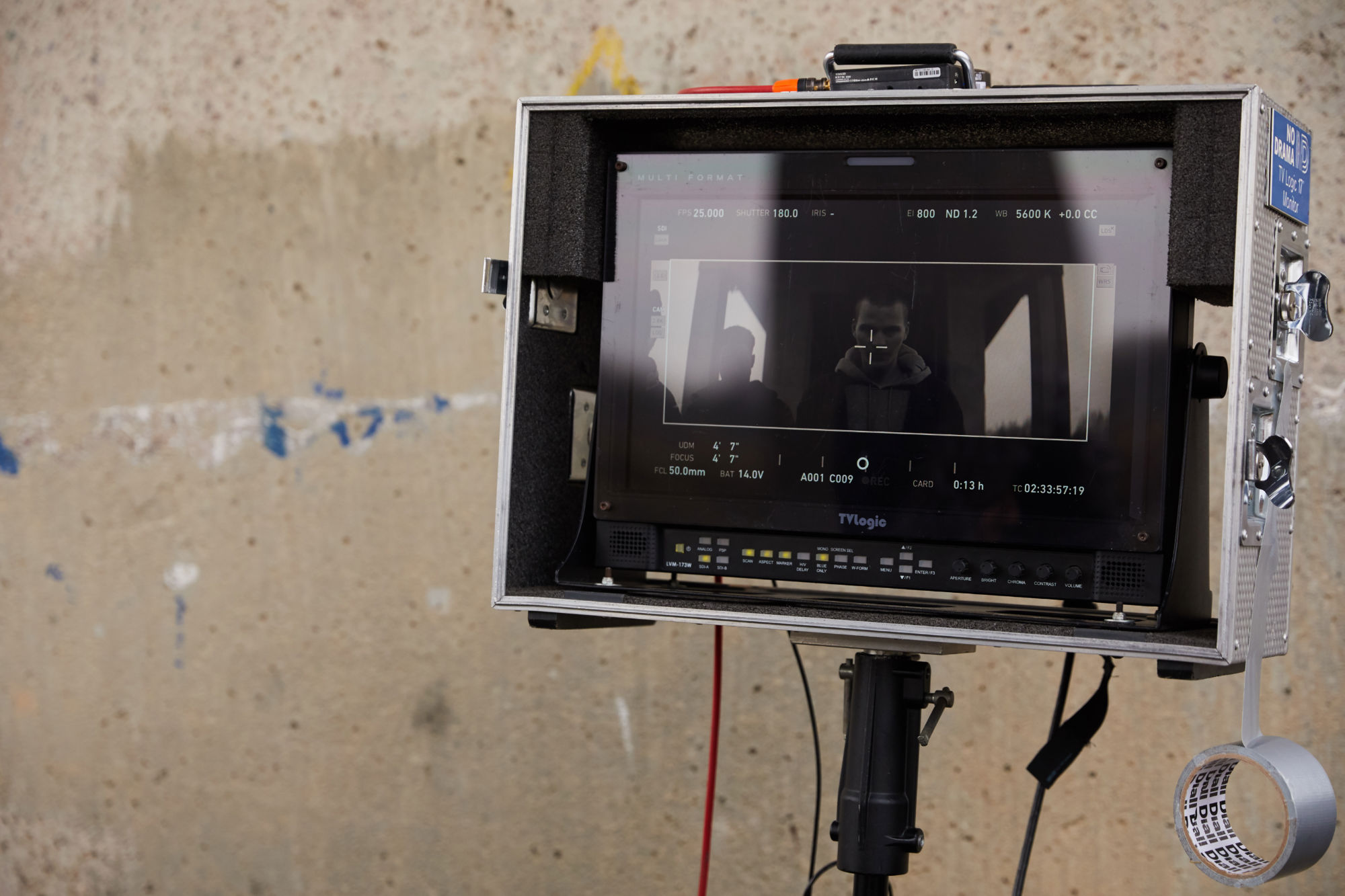 Short and not so sweet, Charlie Watts’ micro-film Under about 4 individuals under one bridge, uses a single, unbroken shot to ratchet up the tension from banal to deadly in a mere 77 seconds. A passion project, DN asked Charlie to tell us how he drew inspiration from Mathieu Kassovitz’s La Haine and why he approaches self initiated projects in the same manner as commissioned work.

The idea for the film was to try and make a piece that would have a multiple of layers, but would never take the audience out of the frame. I liked the idea of keeping everything that plays out in the frame happening in real time, with no cuts. I wanted to keep the context of the film fairly loose – I have my own understanding of the narrative and characters motivations, but, it’s very much up to the audience to take away from it what they will. I would be lying if I didn’t say a lot of the films inspiration came from the French classic La Haine. You could say it’s a tribute of appreciation to the 1995 classic.

I have my own understanding of the narrative and characters motivations, but, it’s very much up to the audience to take away from it what they will.

I am lucky enough to have some great friends, who fortunately are very talented as well as a passionate about filmmaking as myself. So, after conversations with friends in the industry, we set a date and started developing the idea.

The period from developing the idea to production was around 2 weeks. I knew of this amazing location which I’d wanted to shoot for some time and thought this project would be perfect. I reached out to Brother agency (who supplied the cast) and pitched them the idea – I always find it beneficial to approach passion projects as I would a commission. They loved the treatment and sent over some potential actors.

On the day of the shoot, we rehearsed and blocked out the scene in the nearby car park. It was really important to make sure both talent and crew were all on the same page and working on song. The shot we used in the final film was around take 16 of 19. We shot on Alexa mini with Kowa anamorphic lenses on a Steadicam rig. Big thanks to NODRAMA Manchester rental house who were happy to sponsor us and supply all the kit for free.

I always find it beneficial to approach passion projects as I would a commission.

The shoot was around a 6 hour one day shoot, from that I sent the cut over to my friend Max Brodie who runs an audio post house called nicesound.tv. He is a super talented guy and we have worked together for a few years now – I told him there was no rush and to just send me it when it’s ready. The grade and post were done by Editor Paul Willis who is one of Chief Productions in house guys.

Under is one of the many great projects shared with the Directors Notes Programmers through our submissions process. If you’d like to join them submit your film.