Encapsulating the continuous battle which rages between ambition and anxiety when in the pursuit of perfection, ‘Thoroughbred’ from Kurt Schneider sees the Detroit-based director pit our overwhelming drive to create against the unshakeable fear of falling short of self-imposed expectations. A film we related to far too much, DN asked Schneider to share how he channelled his own worries into this experimental love letter to creative angst.

The idea for the film was something that came to me slowly over the last several years. Like many creatives I find myself struggling to find balance in my life. I have constant anxiety that I am not doing enough. Yet as much as I hate my anxiety, I recognize that it is often what fuels me to push forward. To grow, to take on new endeavors and to never settle.

Thoroughbred really started as a poem that I wrote as a love letter to my anxiety. I just wanted a way to express the love/hate relationship that I have with it. I didn’t initially have any visuals in mind to accompany the poem. It wasn’t until several months later when I was having lunch with a friend of mine, Ivan Moshchuck, that I started to see the visuals coming to life. As Ivan was describing the struggles and hurdles that he faces as a professional pianist, I realized that he would be the perfect protagonist to tell the story. Few careers require absolute perfection quite like that of a concert pianist. One missed note can throw off an entire performance. The pressure of that drives pianists to endless amounts of practice and repetition. From there, the idea of taming some kind of a wild animal felt like the perfect symbolism for what that struggle can be like. Intercutting between the two worlds, the real and the subconscious. 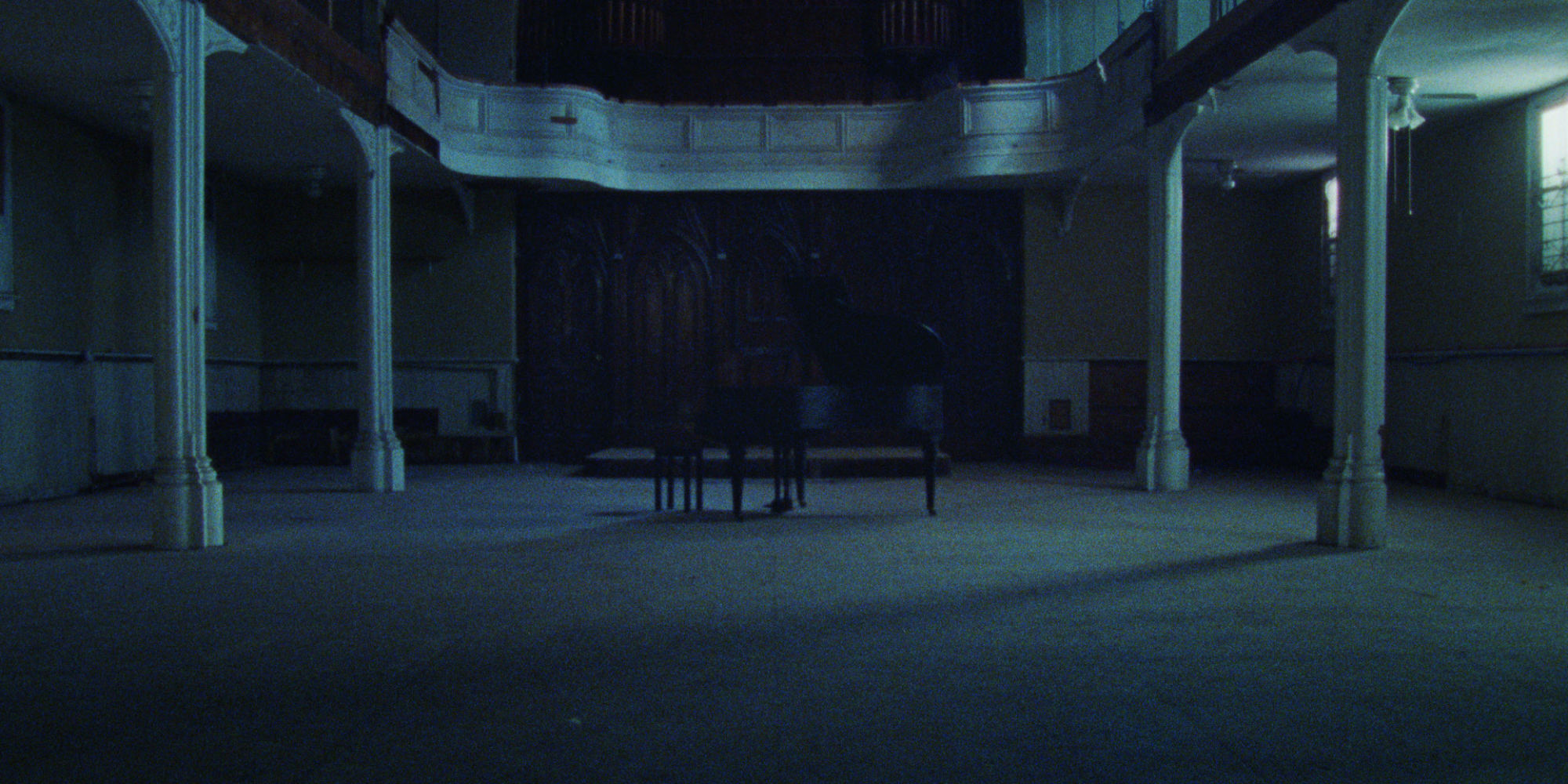 Filming took place in Detroit, Michigan this past February. As to be expected when filming in Michigan in February, it was absolutely freezing. Despite the fact that we filmed primarily indoors, neither of our locations had heat. But there are always pro’s and cons, one of which was being able to see the breath coming from the horse which really added a great element to the horse’s character. This was my first time shooting on film so there was a great learning curve with that as well. Coming from an editing background I can be guilty of overshooting some scenes and finding moments in the edit. Shooting with film really forced me to make a lot of those decisions in pre-production which was a great exercise for me and is something that I have carried into all of my shoots since.

Thoroughbred really started as a poem that I wrote as a love letter to my anxiety.

The shoot took place over two days. The first day we filmed our piano coverage in a previously abandoned church located near downtown Detroit now known as Assemble Sound. The location itself was very cinematic in nature so we really tried to lean into that and not over complicate things with elaborate lighting setups. The second day we filmed our coverage with the horse in a beautiful horse barn outside of the city. The owner of the barn is an Olympic horse trainer. He graciously allowed us to film his horses and he assisted us with getting the horse to cooperate on camera which was no easy task. 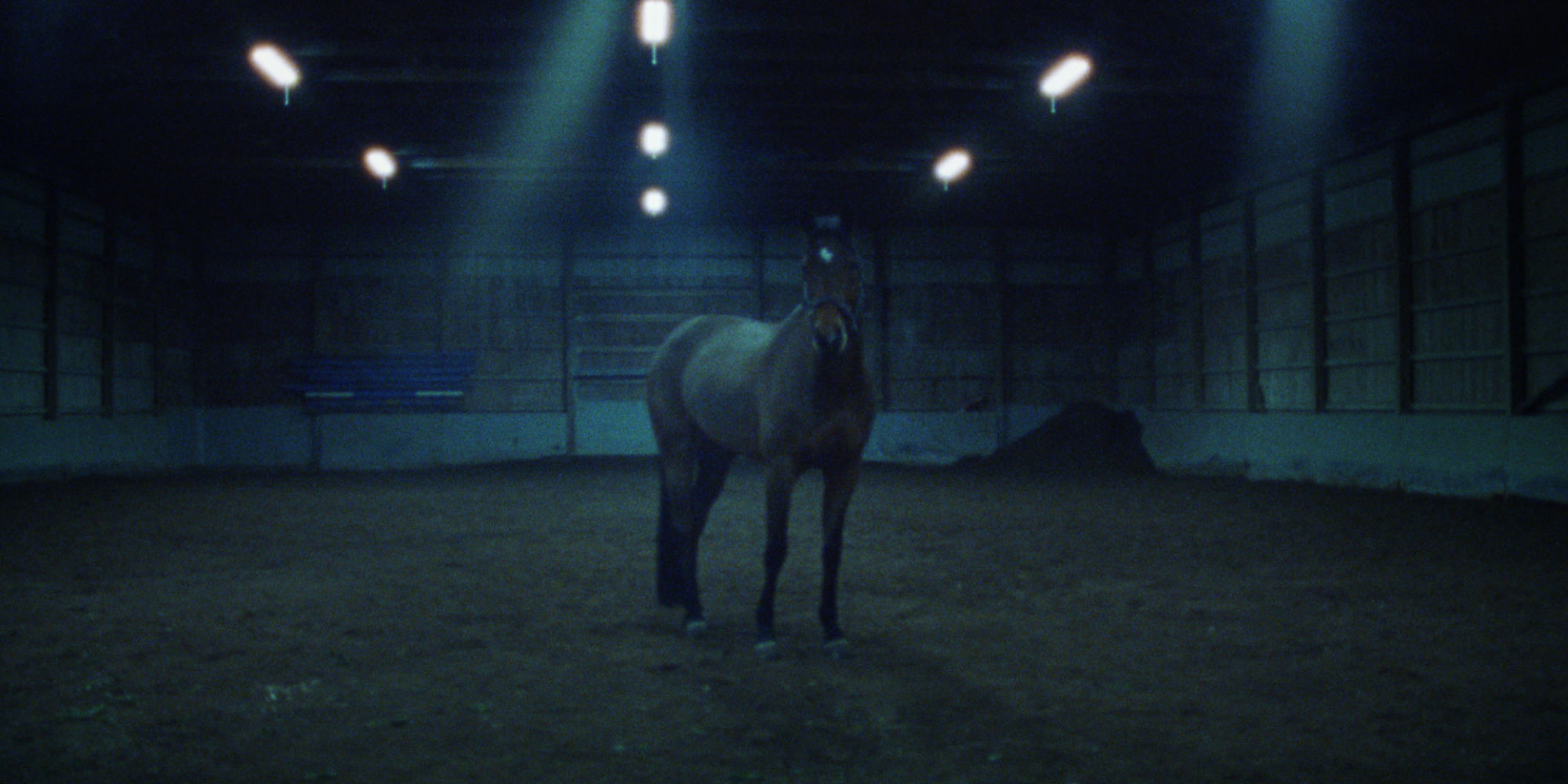 The project was produced by Detroit based production company, The Eightfold Collective. My director of photography Casey Stolberg did a tremendous job battling the elements and really nailing the look and aesthetic that I was going for. Our film was processed at FotoKem in LA. For sound design we went to the incredible team over at Tailorsound. Then for the look of the film, we worked with Matt Osborne at The Mill, LA. Matt really went above and beyond his duties and took the visuals to a whole new level.