Life, we’re told, is about the stories you have to tell and what’s a more exciting yarn than the story of an epic rumble, or at least that’s the thinking of the thick as thieves pair at the centre of Lena Tsodykovskaya’s Luisa and Anna’s First Fight. A joyous celebration of the “stupidity of youth and rock solid girl friendships”, Tsodykovskaya tells us how her own disastrous teenage tussles provided the inspiration for this celebration of true friendships and foolhardy adventures.

Back at Columbia University, when I was a film student, I took a photography class with Thomas Roma. On the first day of his class he gave us a list of subjects that were never allowed to appear on our photographs — bicycles, shadows, street musicians, etc. Those subjects are too generic and he was pushing us to dig deep into our hearts and portray only very private things. “I want to see your dreams, your poems, your love letters that you’ve never sent, your diaries that you keep under the pillow and are embarrassed to show to anyone.” That class was a turning point for me as a storyteller and this film is a direct result.

Not so long ago my fellow directors and I were discussing the idea of youth and what it represents to each of us. I looked “under my pillow” for what MY youth was and realized that it had a face of pure stupidity and sincere sisterhood. From there, all of the most bizarre stories from my high school experience immediately popped into my head. Most of them were related to silly fights that I was in…

I looked “under my pillow” for what MY youth was and realized that it had a face of pure stupidity and sincere sisterhood.

This film is based on three very real fights that I’ve been a part of — not heroic fights at all, but incredibly stupid ones.

The one when my best friend and I were running around the neighborhood searching for an arranged rumble but instead found other people running around just like us, circulating rumors. We were never able to actually find the fight.

The one when my best friend and I (but mostly me) picked on an infamously “crazy” girl and her friends from the year above. It ended badly… with her slowly and sadistically twisting my arm until it broke.

And the one when I chased my mortal enemy into the woods, and instead of fighting her (I was actually terrified) I just unzipped her top in front of everyone… and yeah, she stuffed. This little film represents the stupidity of youth and rock solid girl friendships. To me, this is what true friendship is — being there for each other’s most nonsensical endeavors and carrying the weight of its repercussions together. To me, it has always been with my two best friends, Olya and Marina, who I dedicate this film to.

I never really decided to film those episodes of my life, it just happened on its own… Like when you are in a bar with friends, an absurd memory pops in your head and you share it with people around you. This film is very much like that; a ridiculous episode that I wanted to share for the audience to have a little fun.

The best part is that this film as a nonsensical endeavor of its own I made back-to-back with my two professional partners in crime, producing powerhouse duo Elena Bawiec and Cynthia Jean Hajj.

The production was very simple and very smooth. It was two and a half days of running around Highland Park with close friends, making a film together. We were lucky to collaborate with a fantastic casting director, Gianna Butler, who immediately got the story and the characters and suggested stellar actors who came together in a phenomenal ensemble. Since this story was so personal it was a mind-blowing experience for me. One minute Luisa was living in my head and the next minute — there she is! Alive, real and so imperfect in the most beautiful way. 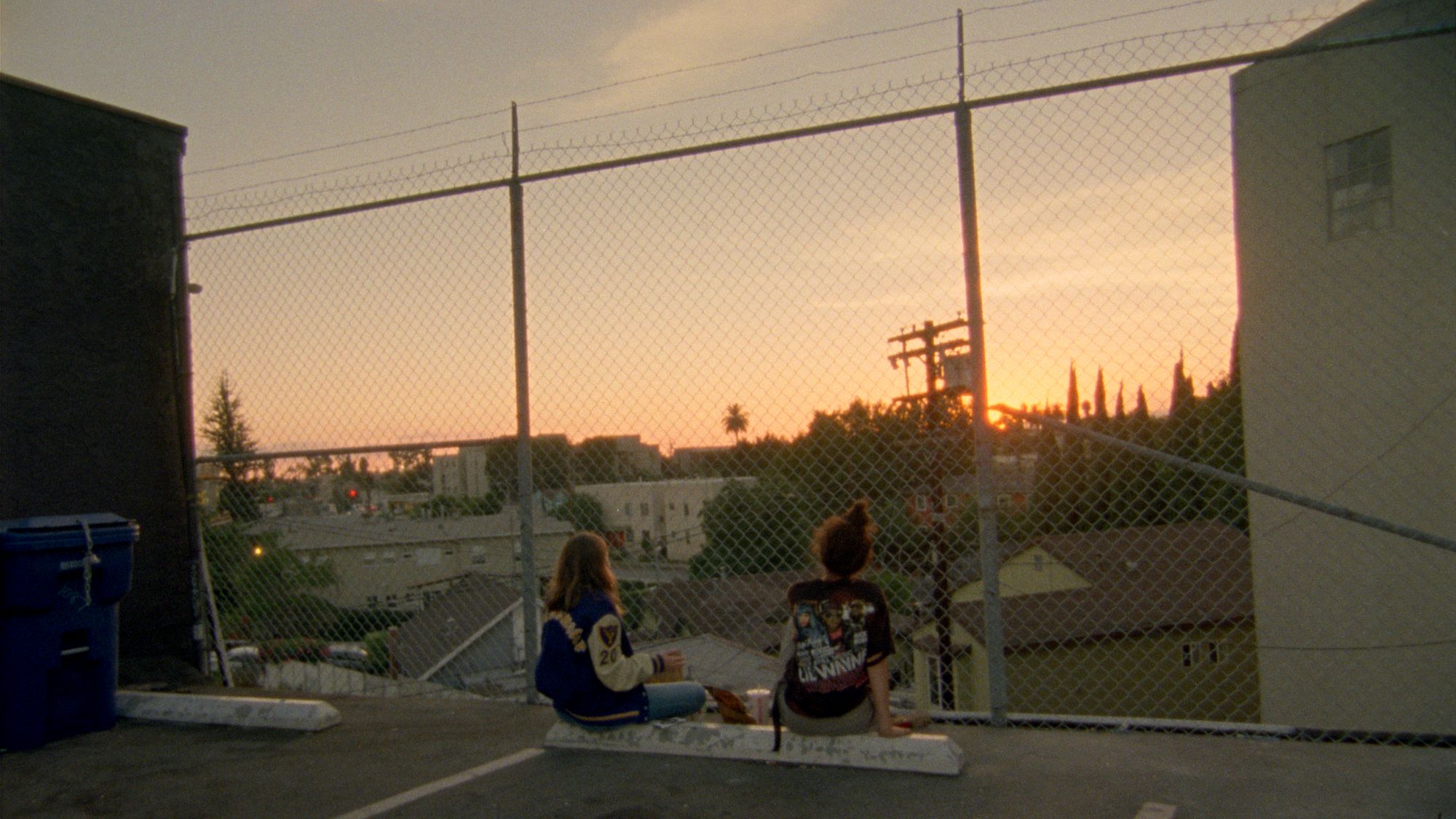 Post production was long as I was constantly pulled into commercial jobs and had to pause the editing. But it helped me to keep a fresh eye every time we’d return to the editing room. That’s how we achieved such a quick pace in the film — we would watch and ask ourselves — does it grab you from the very first second and does it carry you through the entire film? It was easy to judge, we had a fresh eye and were our own first digital audience.

We would watch and ask ourselves — does it grab you from the very first second and does it carry you through the entire film?

I am a huge fan of digital content, streaming television and the absurd amount of ridiculous things that pop up on your social media. From the very beginning, I knew that as soon as I finished the film I wanted to share it online for people to see, popping up on THEIR social media. So this film was made for an online audience, which is why it’s fast-paced and music-driven, with free-spirited handheld shots and energetic editing.

We shot on 16mm because I am constantly searching for ways to create a unique visual style that will support the substance of the story. In Luisia and Anna’s First Fight, 16mm became the foundation of that style, where the expressive camerawork and funky editing represented the characters’ chaotic journey and the absurdness of their goal.

Overall it was a much longer process than it should have been. We shot in October 2018 and finished in September 2019, but we had the luxury of not being rushed. I don’t think I will ever have that luxury again.

In the end, we managed to create not only a marriage of style and substance but also the union of both film and digital — shooting on 16mm with an online release.

Luisa and Anna’s First Fight is one of the many great projects shared with the Directors Notes Programmers through our submissions process. If you’d like to join them submit your film.