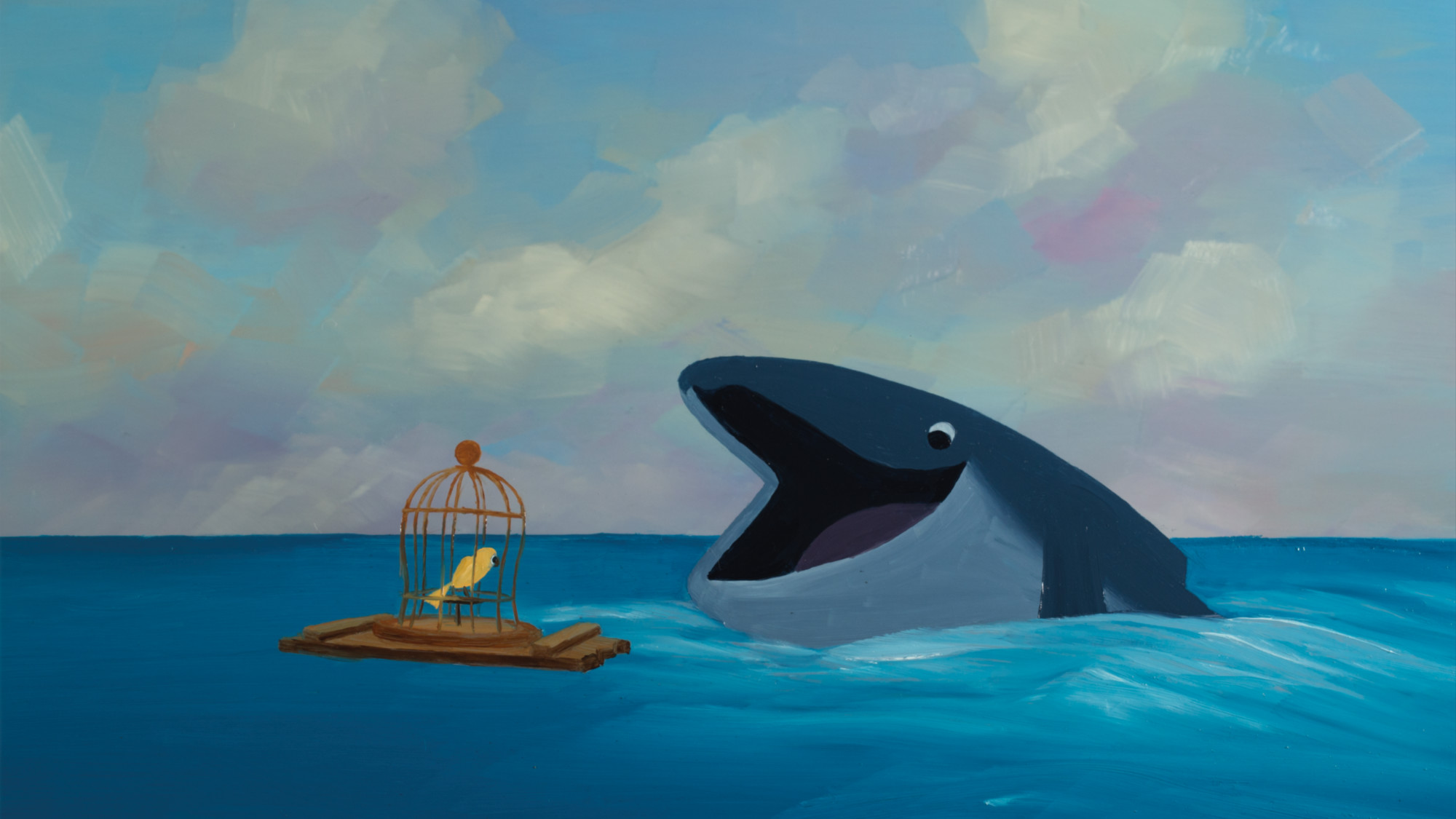 Currently in contention as a nominee for this year’s Best Animated Short Academy Award, The Bird & the Whale from Paper Panther Co-Founder/Director Carol Freeman tells the lyrical tale of a Bird and a Whale lost at sea who together struggle to survive and along the way discover that you can find your voice in the most unusual of places. Online for only a limited time, Freeman guides DN through the interweaved development of her luscious paint-on-glass film and Chris McLoughlin’s original score and reveals how this near-obsolete form of animation required the team of animators to work error-free across the near 4500 paintings needed for this stunning 6 minute masterpiece.

My inspiration for the film came from the music first. My at-the-time flatmate (and now fiancé!) Chris McLoughlin was writing an original piece of music for piano. It sounded so much like the ocean and so full of emotion it just started painting a picture in my head. The story really grew organically from there, I really wanted to use just the music as both the score and the voices. Chris wrote concept pieces and I painted concept art, we worked back and forth like that from the very beginning. Rather than me handing him finished animation to write to, we developed the characters’ voices as we developed their visual style. It was a really nice way to work to have the music inform the story from the very start. The contrast between a humpback whale’s song a bird song is where the plot really came together. How would these two voices come together and what would that relationship be like? The music posed questions the story and visuals answered. 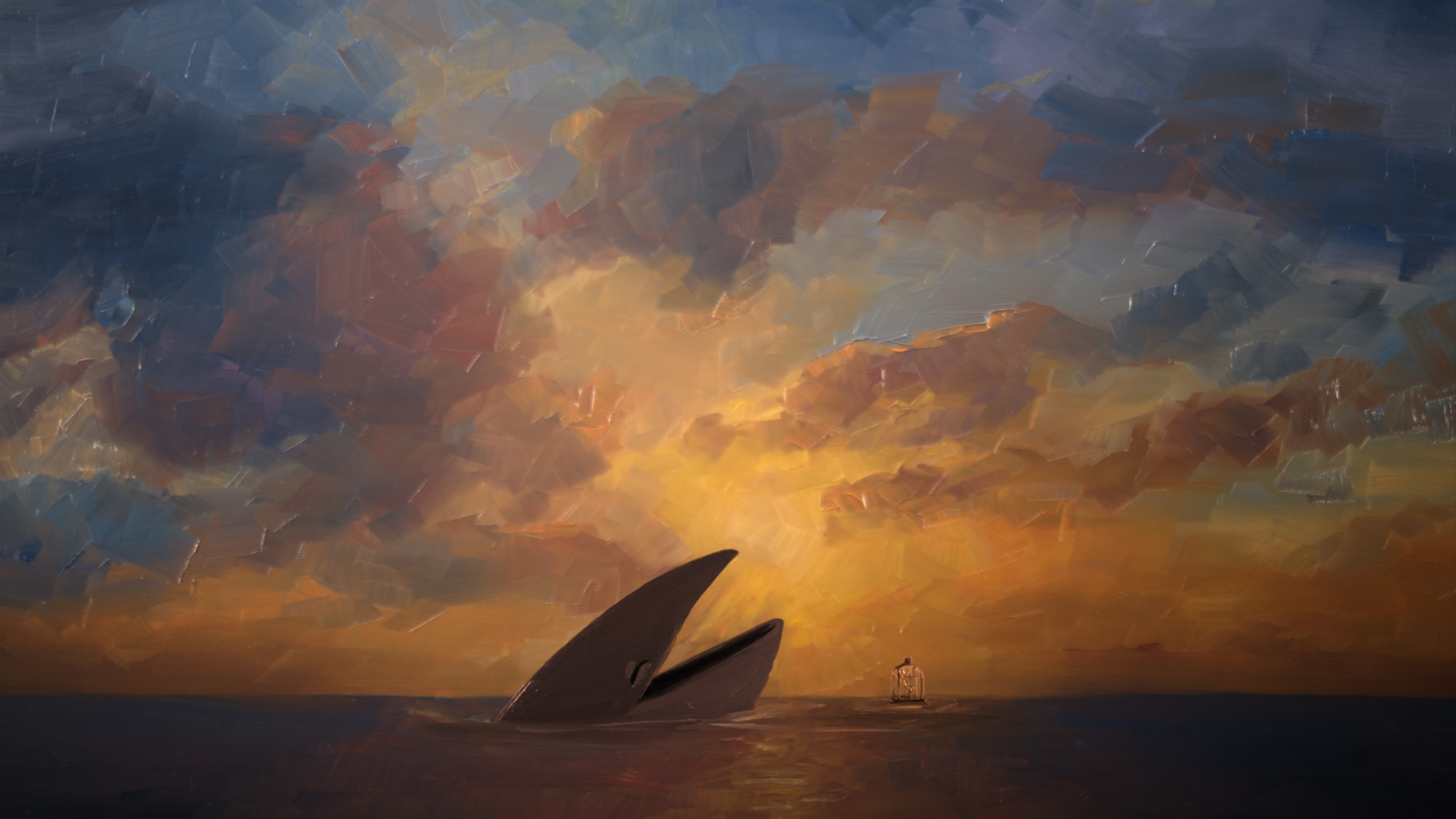 The meaning in the story is quite straight forward, it’s about finding your voice in unusual places. The whale can’t sing his family’s song, but through his friendship and experience with the bird, he finds his own voice. I’ve always had a fascination with whales, ever since I was a child. I also wanted to push what I could do with paint animation so the two came together quite nicely!

I really wanted to use just the music as both the score and the voices.

We received funding from Screen Ireland (The Irish Film Board) and RTÉ through their Frameworks grant. It funded three short animated films a year (it’s since been updated to four). It’s a great opportunity for filmmakers to try something new and develop their voice as a director. A chance you might not otherwise get working in studios on long form projects. It was a great opportunity for me, we were a brand new indie studio and this was my first film – there’s no way I could have made this without this funding available.

When I started the film I really didn’t know for sure if I could pull off this technique. I had made paint-on-glass films in college but nothing with this level of detail. We had to develop our own equipment so we could paint at the scale we wanted and have as many layers of glass as we needed. The multiplane rigs had 5 layers of glass to create depth. We shot some scenes, like the storm sequence, on just one layer of glass to give more movement and texture and others spread across all the layers so background elements would be out of focus.

I decided to use reference animation which is something I’d never done before. I’d always animated straight ahead, but with the level of detail I wanted to achieve, and a limited budget for retakes we had to take some of the guesswork out of it. It meant we could focus entirely on the animation of the texture and light, knowing that the main movements were taken care of. 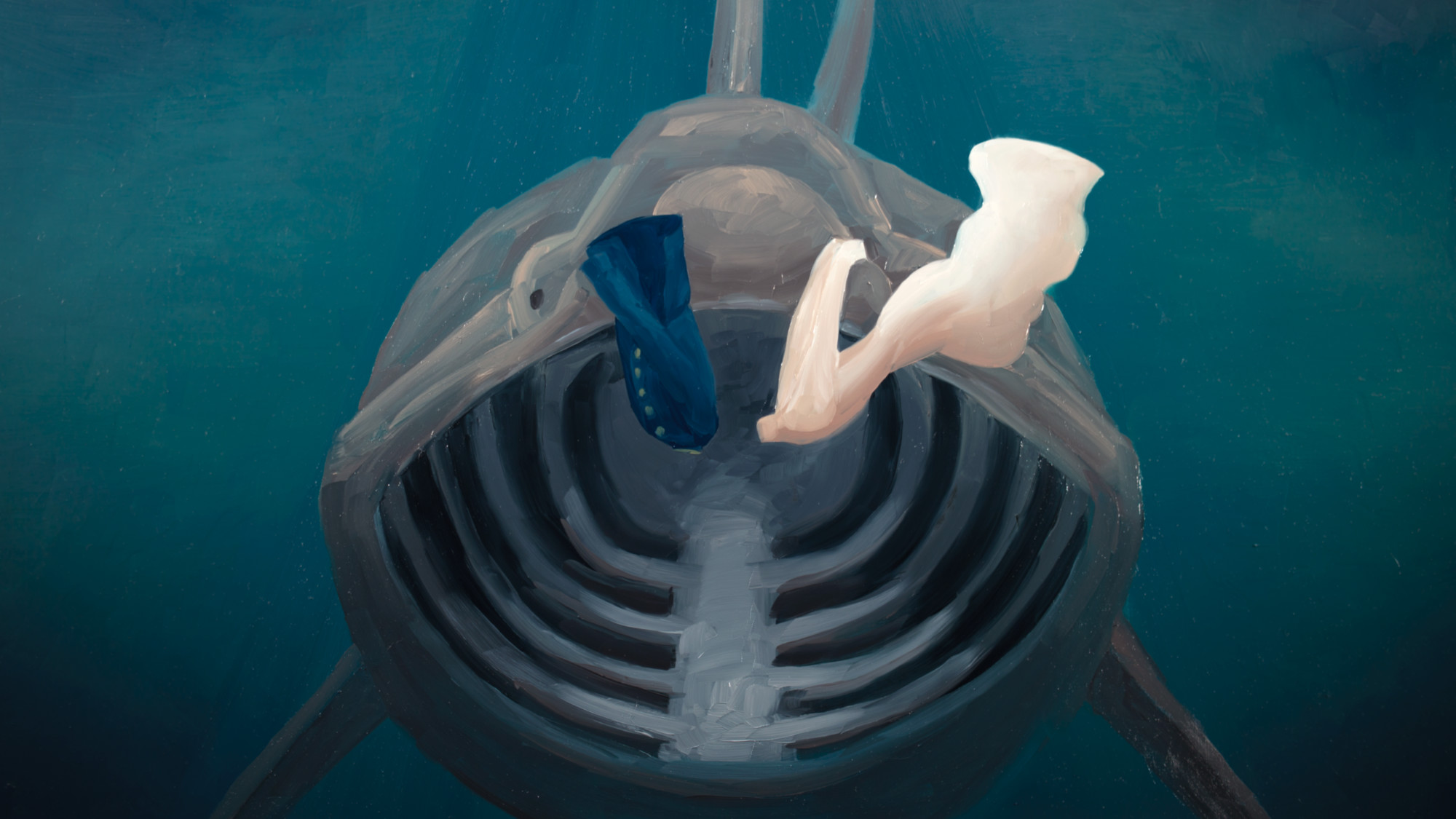 Each frame was painted with slow drying oil paint and shot with a top-down camera in a light controlled room. After a frame was shot, the paint was wiped away and the next frame was repainted almost entirely from scratch. Each new frame created, destroyed the last so we couldn’t make any mistakes. It took 5 animators 14 months to paint 6 minutes of footage. That’s almost 4500 paintings.

When I started the film I really didn’t know for sure if I could pull off this technique.

It was very slow and meticulous work but we all managed to enjoy making it! The Bird and the Whale is the first film Paper Panther have released. The team we formed to make it has stayed with us and worked on loads of great stop motion projects since. We’re really lucky we have the talent in Dublin to make a film in a technique none of us had used before! All our team are artists in their own right and very multi-skilled.