Jonny Blair returns to our pages with a change of pace from his last visit. Having previously worked with an ensemble cast for NFTS grad short Come Out of the Woods, Blair this time has stripped things back for an impressive piece of minimalistic filmmaking. One camera, one actor, one location. An Hero is a gripping and tense experience of one man reaching the end of his tether and what Blair has created is a testament to crafting striking and creative work with minimal resources. DN is delighted to present the premiere of An Hero today and spoke with Blair about creating this thrilling work.

What initially inspired you to create a short about a man having a breakdown?

The film was initially conceived out of necessity. At the time I had been stuck in a bit of a rut creatively and was having, what felt like, a never ending struggle with various scripts at various stages of development. Along with that, I had numerous projects being rejected from funding bodies on what felt like a daily basis.

All in all, my passion for the art form had taken a knock and I needed a project to reinvigorate my love for the craft. I knew I had to make something soon but I had no money to do so. I began by creating rules for myself, restrictions that I had to adhere to – one actor, one location, one shot.

Once these boundaries were established a lot of things started falling into place. I knew then that I needed a narrative that was heightened enough dramatically to hold the audience’s attention under those circumstances. I also had no camera, so my options were using a phone or a webcam. I chose the latter and the story kind of wrote itself from there.

I began by creating rules for myself, restrictions that I had to adhere to – one actor, one location, one-shot.

As a filmmaker, I’m always drawn to the darker facets of life, and with no investor or exec to answer to, I felt like this film was the perfect opportunity to fully explore a darkness that I’d been itching to for a long time. I’d always wanted to make a film that shone a light on the taboo subject that is male mental health. The statistics surrounding suicide in young males in particular is absolutely shocking. I hope a film like this can highlight the harsh reality and go some way towards displaying that particular trauma that a frighteningly large proportion of men in this country are experiencing daily.

How much rehearsal went into shooting An Hero? With the whole film taking place in a single take, was there a longer preproduction period?

The concept of the single take was vitally important. As I was dealing with a film that plays out in real time, the last thing I wanted to do was cheat, or manipulate the audience by cutting. The performance had to speak for itself, unaltered. From the outset I wanted this film to feel like real life, without compromise. I imagined audiences stumbling upon it online and having to double check if they were watching reality or fiction. So, for that reason the idea of cutting was never really entertained. 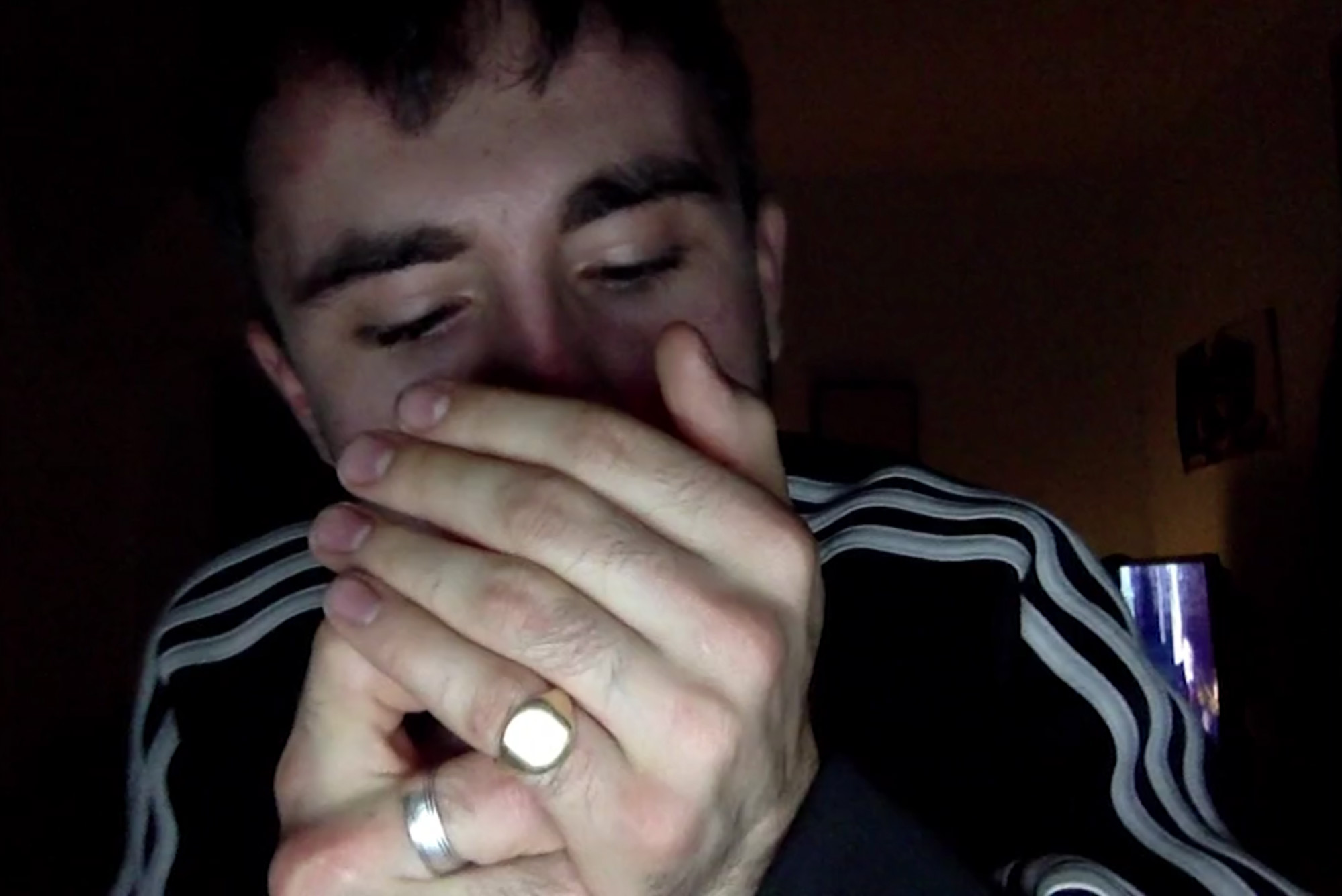 This made the rehearsal process a lot more thorough. Myself and Rian Gordon, who plays Jamie, had to really choreograph each small detail. It actually meant focusing on the physical and practical a lot more than usual; When to light cigarettes, when to stub them out, etc. We weren’t cutting so we knew that each physical action had repercussions and could potentially affect the next piece of action in a negative way. It was a bit of a dance in that respect.

In the lead up to the shoot. I was constantly sending Rian new drafts of the script and he was continuously responding with little clips of him rehearsing the lines. It made for quite a fluid, authentic process in that respect, and it allowed us to chop and change what felt right and what didn’t quite work. This really provided us the time to understand what we were actually creating.

We weren’t cutting so we knew that each physical action had repercussions and could potentially affect the next piece of action in a negative way.

When it came to the shoot day Rian knew what he was doing. Once the lines were embedded in his mind it was just a case of messing things up as much as possible, adding little quirks and moments of improv, to the point where the performance really felt like it was treading the line between reality and fiction.

Did you do anything else to create the ultra-realistic visual style?

Once I made the decision to do a ‘webcam’ film there was no question I was going to shoot it that way. I’ve always been allergic to moments in TV and film when they cut to so-called webcam moments and they are clearly shot on an Alexa. It takes me out of the experience right away, something that we couldn’t afford to happen with a film like this.

Has anyone who has seen An Hero questioned the reality of it? As in, has anyone believed it to be a real video? It’s obviously a very tense and distressing film, which is what makes it so powerful. What have the audience reactions been like?

Funny you mention that. We posted a trailer a few months ago and one of Rian’s representatives caught a glimpse of it on his Instagram and asked him to remove it. I think some wires got crossed and he didn’t quite realise at the time that was in fact a film. In a perverted sort of way it actually felt like a complementary reaction.

Apart from that, not a huge amount of people have seen it. Unlike the films I’ve made in the past that belong on a big screen, I very much feel the opposite about this one. This film is made to be seen on a laptop, it’s natural home, and I think it will garner the strongest audience reaction that way.

The universal response from the people that have seen it seems to be shock. I think that comes from the lack of editing. Usually when you’re showing a dramatic moment such as this, there’s a point where you cut away. It just takes a little longer to happen in this film.

Could you talk about scripting a film like this? How much say did Rian Gordon have to create Jamie’s language?

I’d never really written anything like this before. Usually, with dialogue you’re bouncing between characters and thinking about the structure of the scene overall. With this it was slightly different, almost train of thought. I really enjoyed getting in a headspace where I was able to inhabit Jamie’s character mentally and write down his thought process. There’s a lot of anger and darkness in his words, so it was quite hard to shake that persona after a day’s writing.

At one stage I wrote about 20 pages of dialogue in one sitting. After that it was a case of going back through it and picking out the good parts – there was a lot of shite in there!

This film is made to be seen on a laptop, it’s natural home.

In terms of Jamie’s dialect, it wasn’t something that ever crossed my mind really. In Scotland we’re so used to seeing our actors pressured into putting on a cleaner, more refined accent that panders to audiences elsewhere. It’s something I’ve always really struggled with. I didn’t make this film to appease anyone, it’s a Scottish film and it had to sound that way without compromise.

Once I’d come to terms with what I had at my disposal, I really revelled in the level of detail and nuance I could explore, pressure free. It was very refreshing to work with just one actor, and the fact it was someone as talented as formidable as Rian was a real blessing. But, as I mentioned, my main intention was to try and reinstate my love for the craft and I think exploring the bare bones of performance without any facade was a really fruitful way of doing so.

I’ve just finished shooting an episode of the Scottish soap River City which should air on BBC Scotland early next year. On the film front, I have a really exciting micro-budget feature project that we’re hoping to shoot next Spring. I’m dipping my toes into comedy for the first time so we’ll see what that entails!